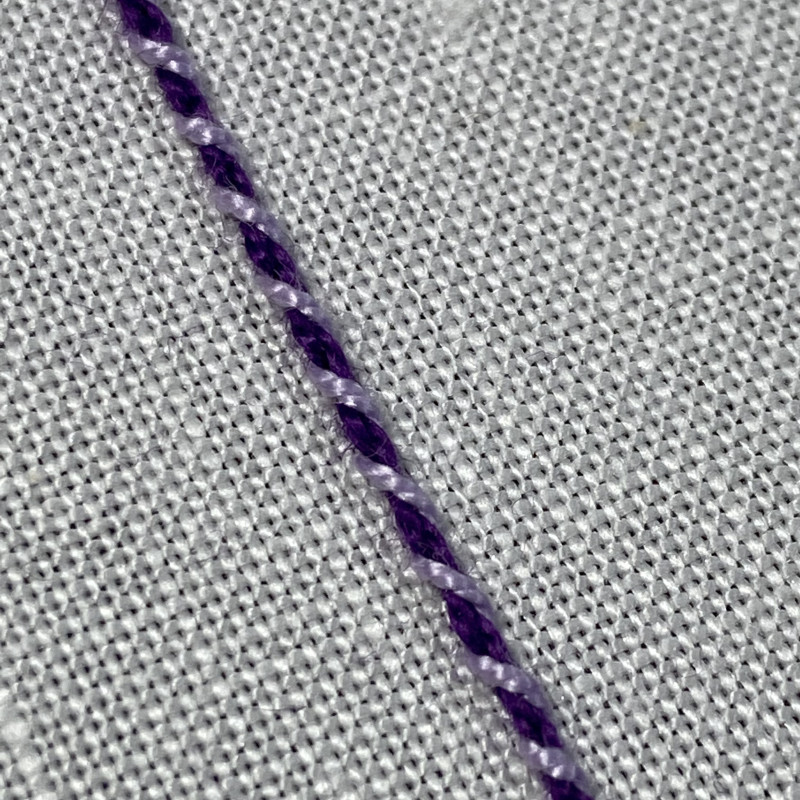 This is a variation on stem stitch: a line of stem stitch is worked, and then a thread is threaded through each stitch, always in the same direction to give a rope-like effect.  The whipping thread can be the same as the stem stitch thread or a contrasting one.

Whipped stem stitch was certainly in use by the 16th century: it features on a 16th century border fragment of unknown origin and an ecclesiastical panel from the same era made in Switzerland.  It also features on an English band sampler from the following century.

It is also one of the staple stitches in Guimaraes embroidery, a technique which originated in northern Portugal in the 18th century.

This stitch is awaiting a sponsor.

Whipped stem stitch can be used for curved lines, but in the example below the stitch is used for a straight line. 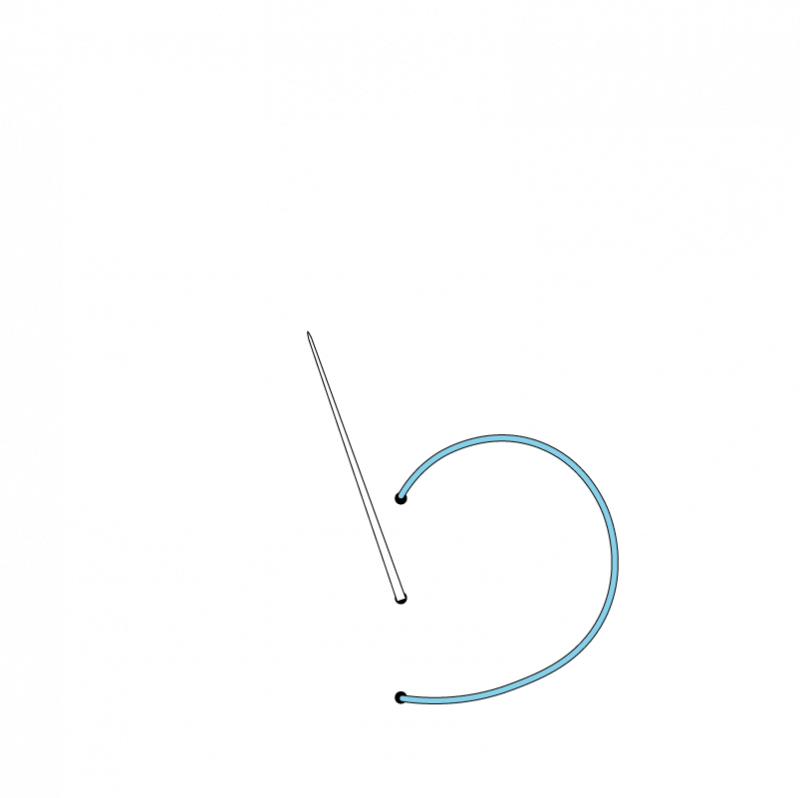 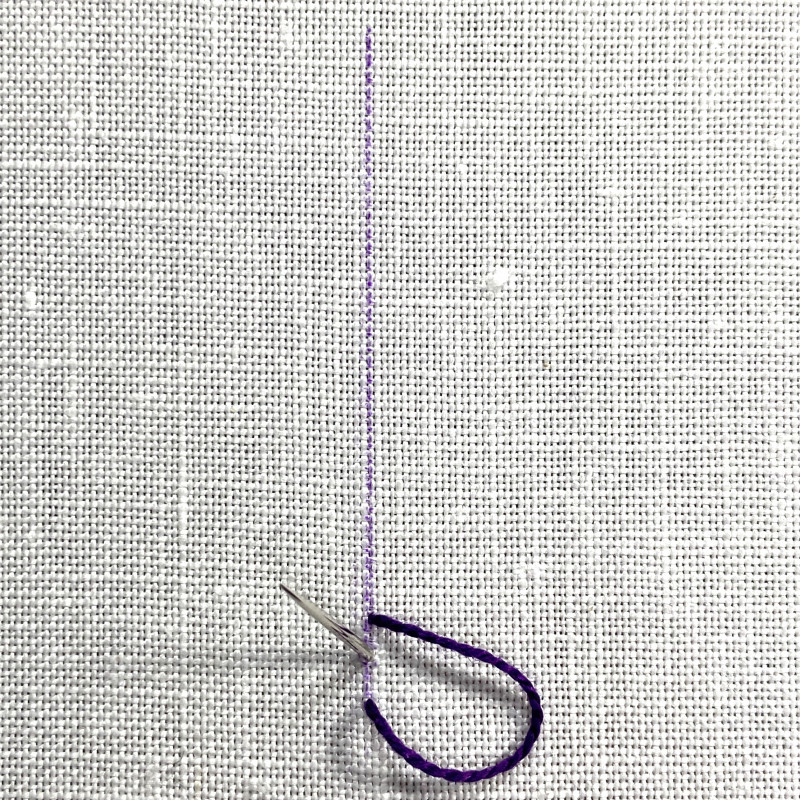 Work a line of stem stitch first. Work from bottom to top, and make a first straight stitch, leaving a loop. Bring up the needle halfway while keeping the loop on the right hand side. 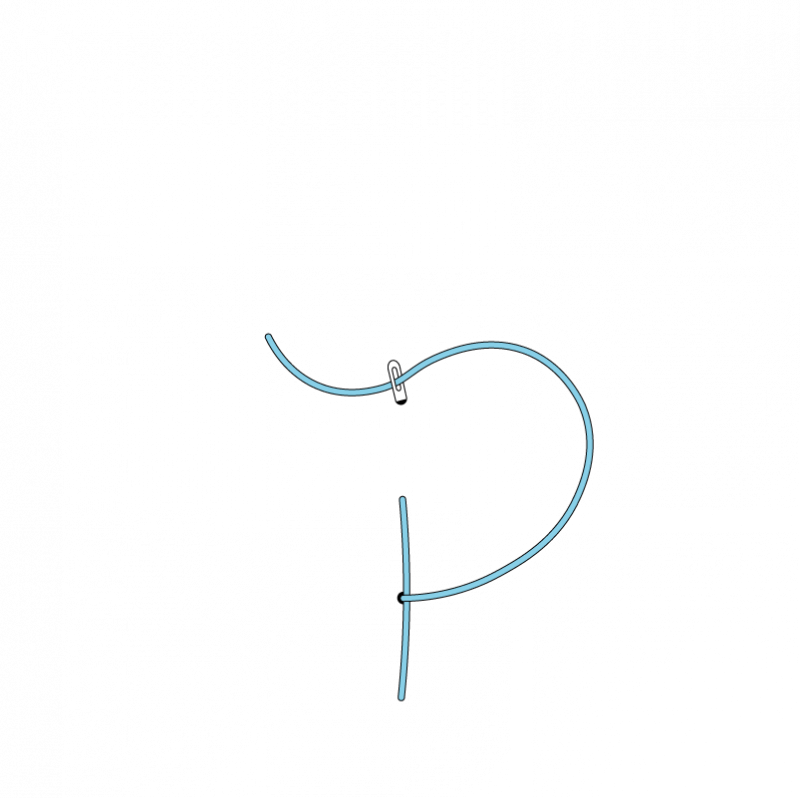 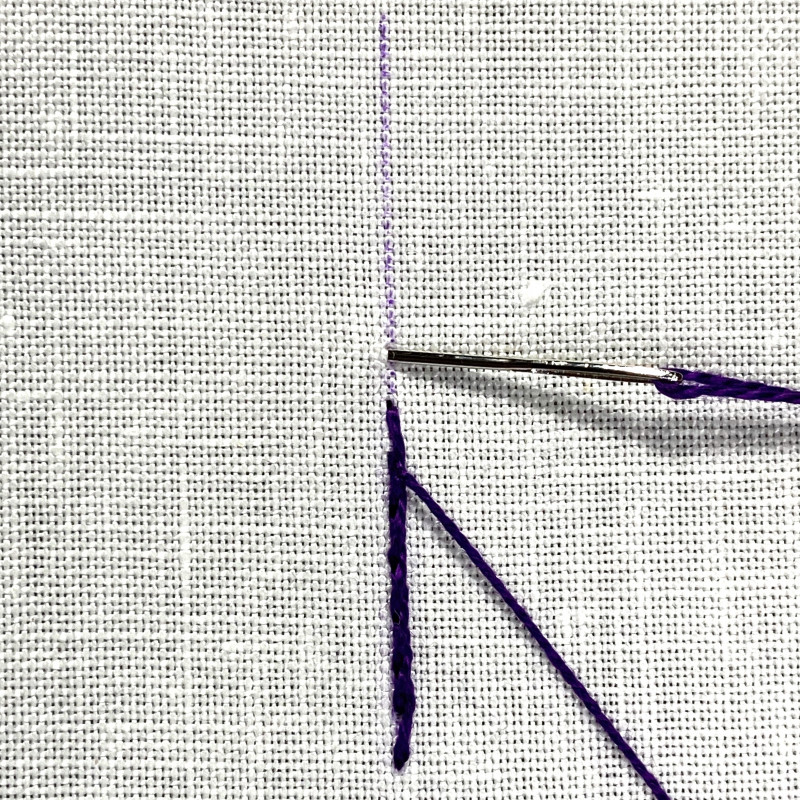 Continue the stem stitch as required. 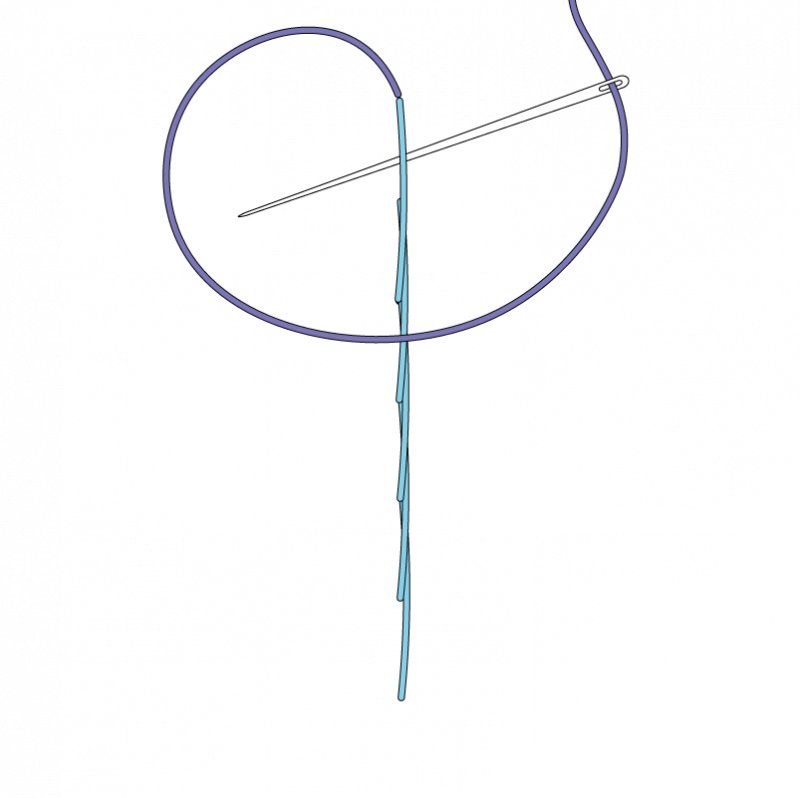 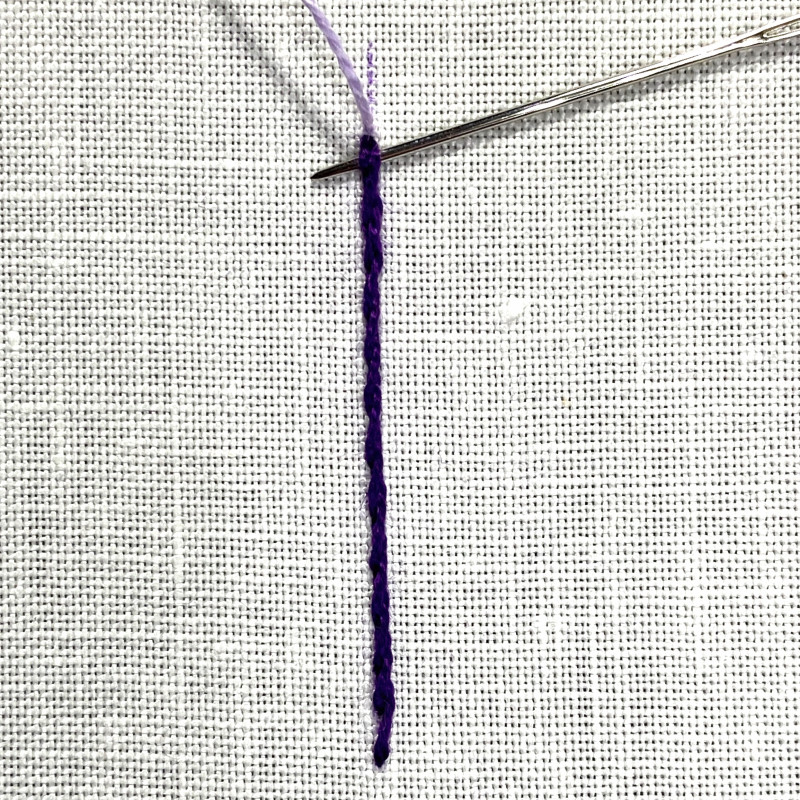 Introduce a new thread with contrasting colour, coming up at the end of the stem stitch. 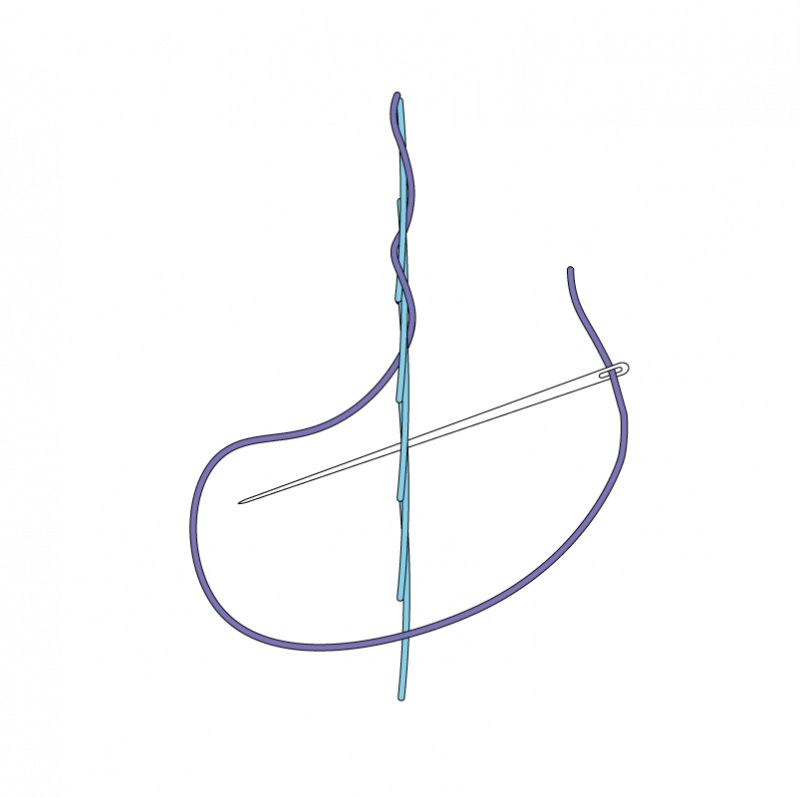 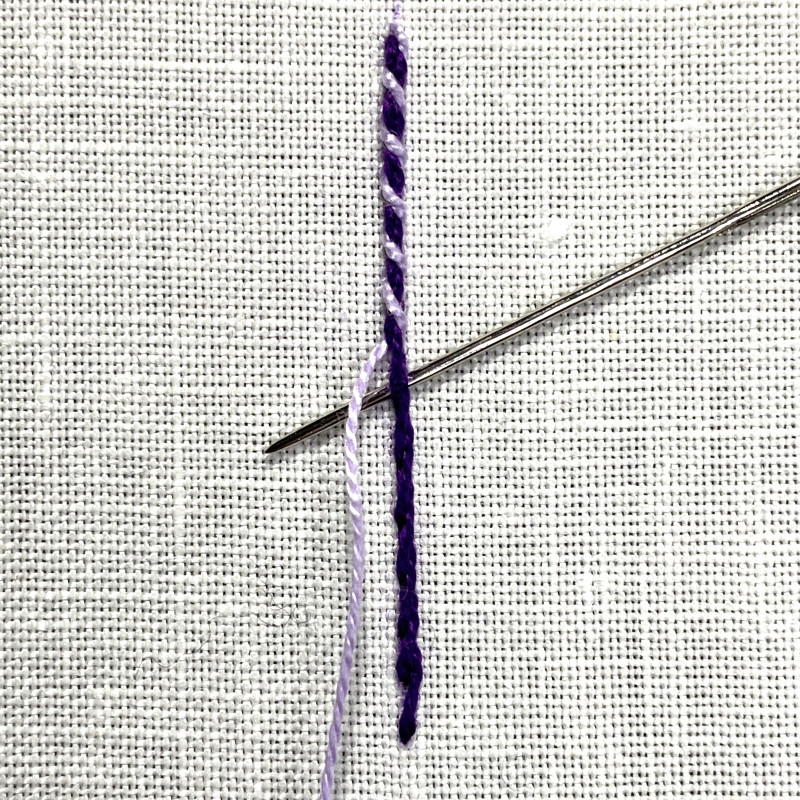 Use a tapestry needle, and pass the new thread under each stem stitch. Make sure not to pierce the fabric. 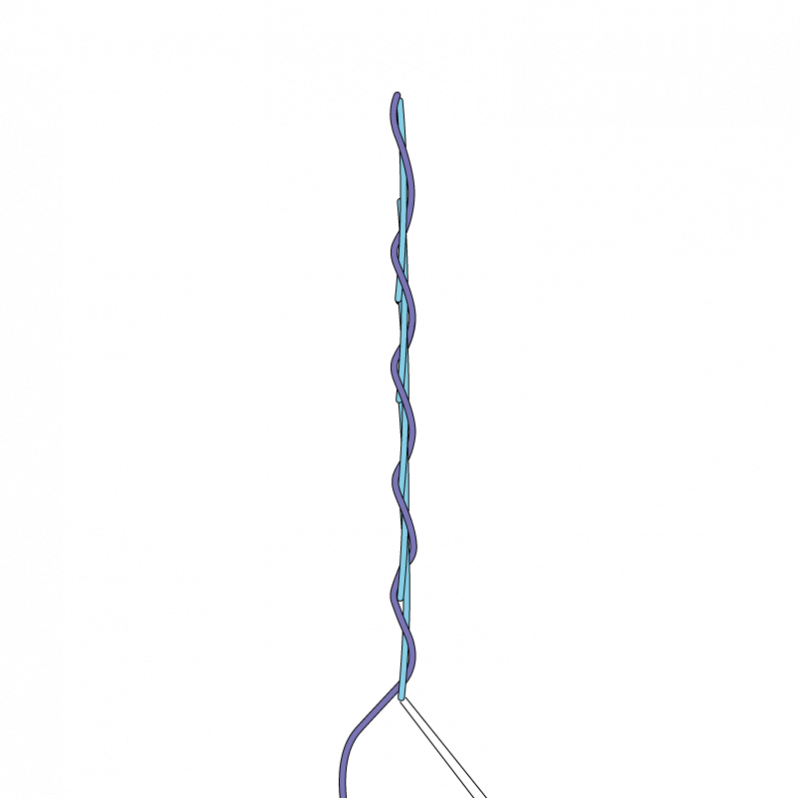 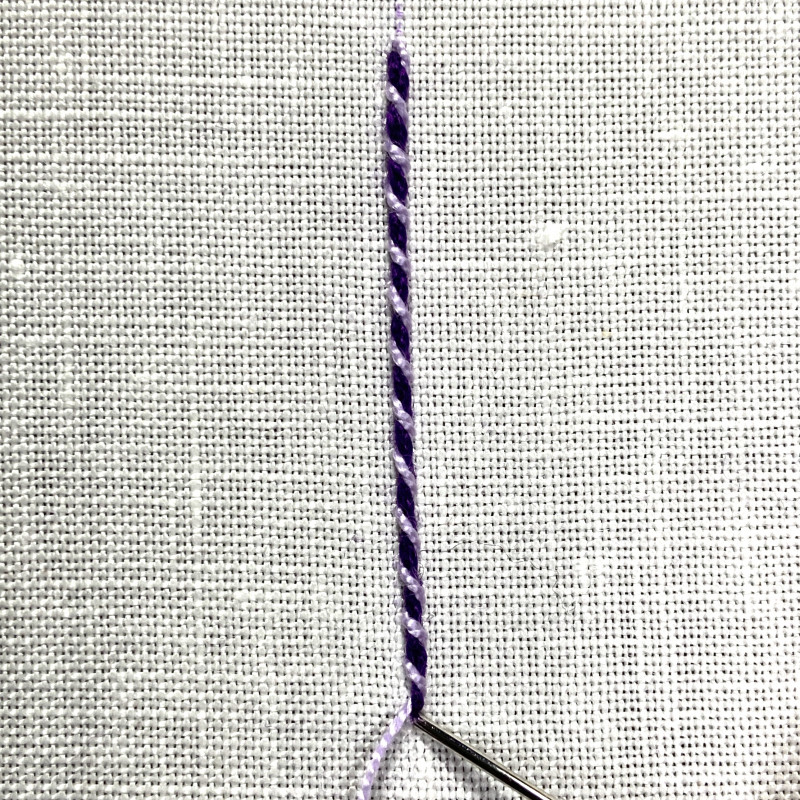 When you reach the end of the stem stitch, simply take the needle down through the fabric.