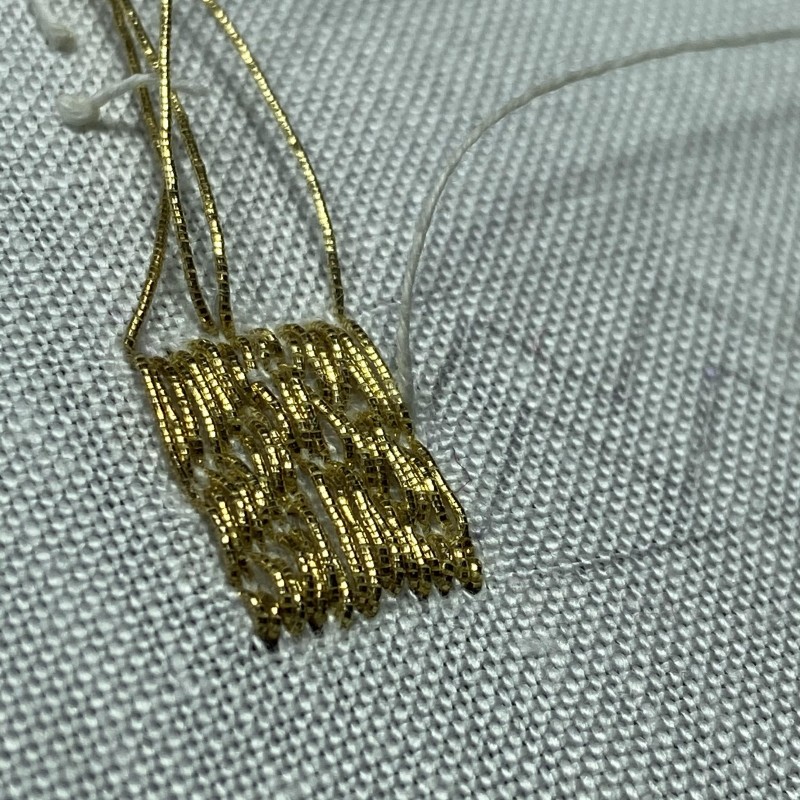 Traditionally, the laid thread (metal or silk thread) is couched with a strong linen thread. The laid thread is pulled through to the reverse side of the fabric by the couching thread, and a diagonal, chevron or diaper pattern can be created by placing the couching stitches carefully.

Underside couching is most famous for its use in opus Anglicanum (literally English work) where it is one of the most frequently used stitches.  The technique dates from the 11th to 15th centuries and was worked by professional embroidery workshops, it encompasses both ecclesiastical and secular work.

The stitch is credited with giving flexibility to the fabric as each couching stitch creates a hinge in the rigid gold couched thread – something which would be particularly valuable for vestments.  The couching thread was routinely a sturdy linen thread (presumably prioritising strength over appearance as it wasn’t visible from the front).  This embedded couching thread meant it was more protected from abrasion than regular couching.
add_circleMy Stitches 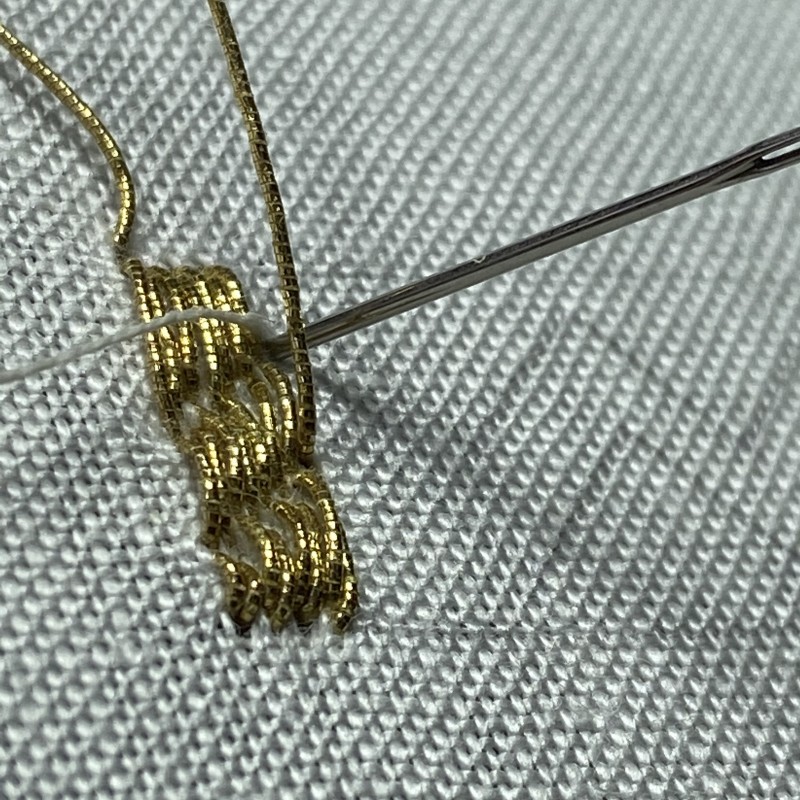 Using a strong linen thread, go over the laid thread and put the needle down through the same hole. 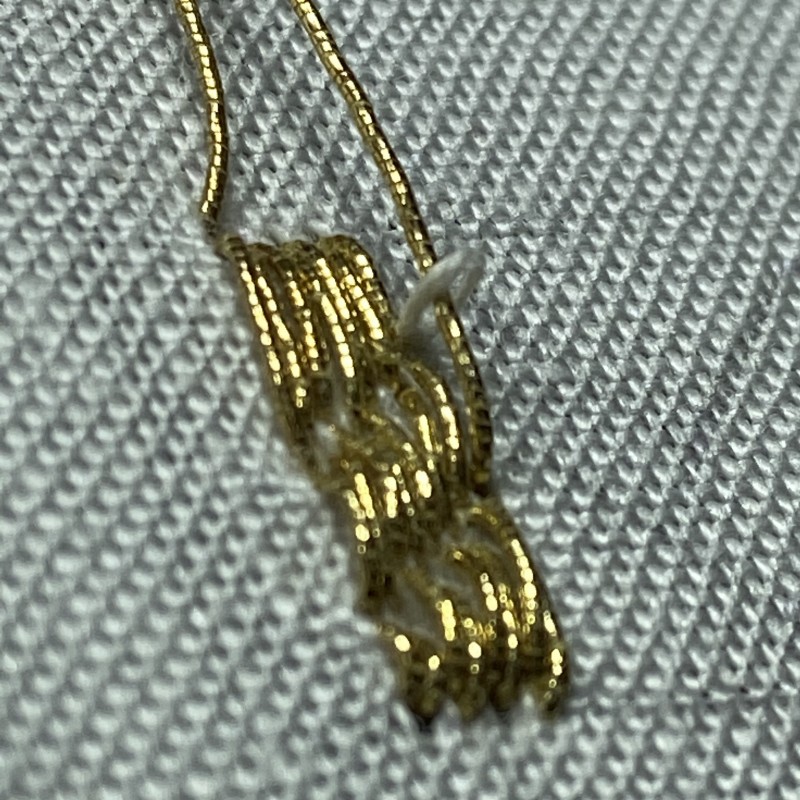 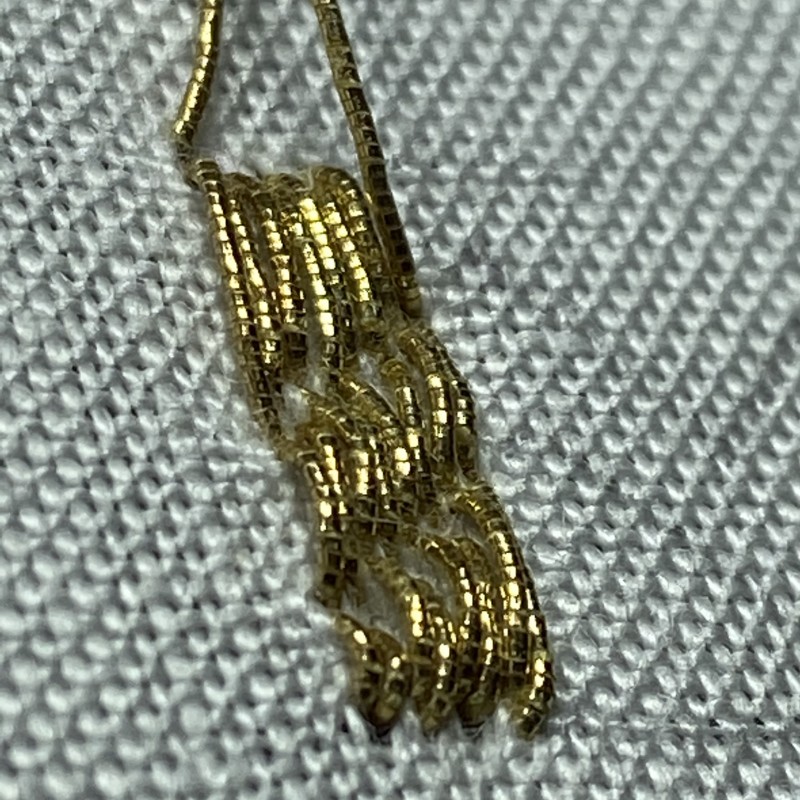 The laid thread is pulled to the reverse side.