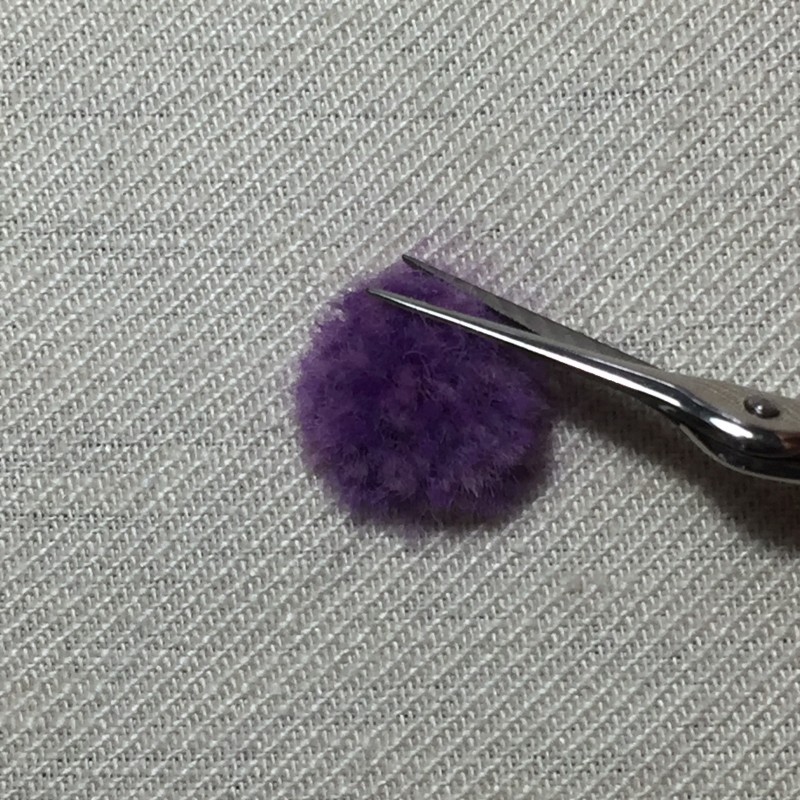 ​This piled stitch is formed by creating loops of thread, each of which is held in place by a small, anchoring stitch. The loops are normally trimmed to create a pile like a carpet, but they can be left as loops.

For a canvaswork version, see the entry for Turkey rug knot.

The various names for this stitch indicate its origins as a rug or carpet-making technique.  Within embroidery, it has been used in many disciplines across geographical areas.  It featured within English stumpwork in the late 17th century, and was evidently being used in the 18th century New York.

In the 20th century, Zairean embroiderers in Kuba employed a stitch which is visually similar, although the loops are not stitched in place, rather they are anchored by the tightness of the weave. 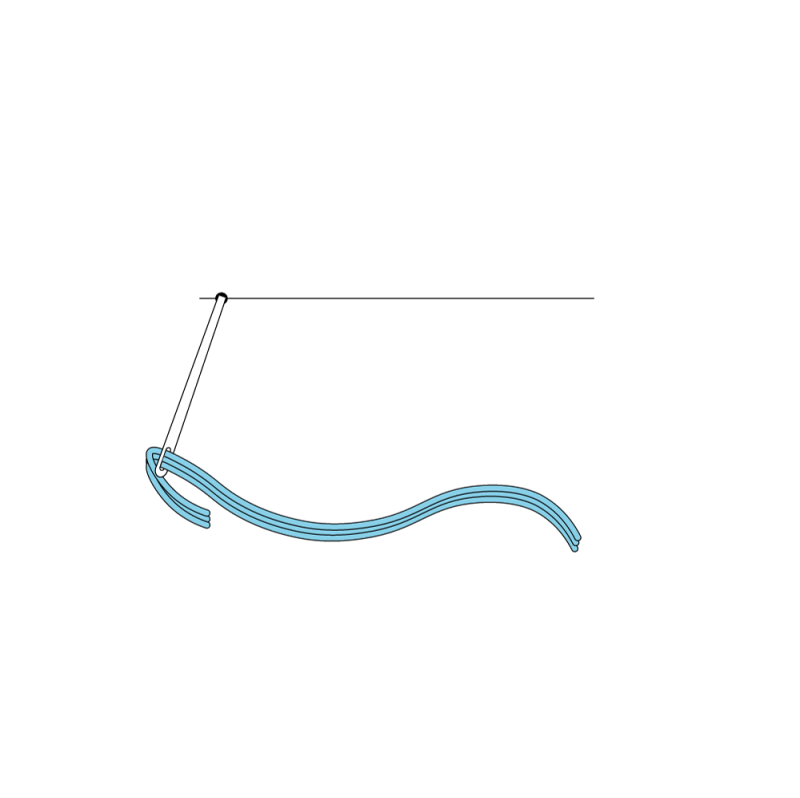 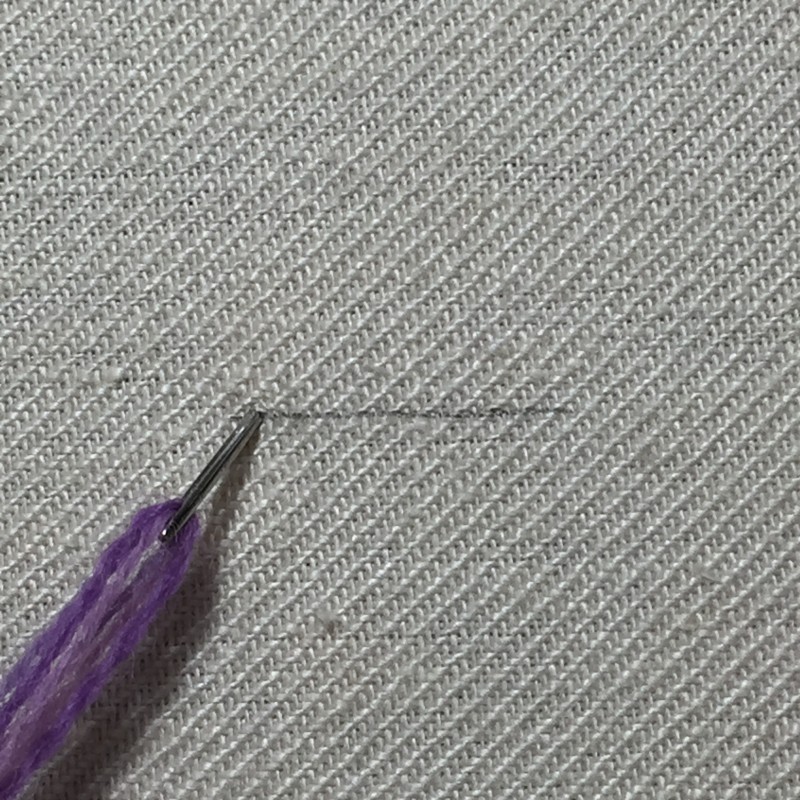 Using three threads in a size 20 chenille needle and without a knot in the end of your thread and without securing in the usual way, take the needle down into the fabric in the bottom left area of your shape. 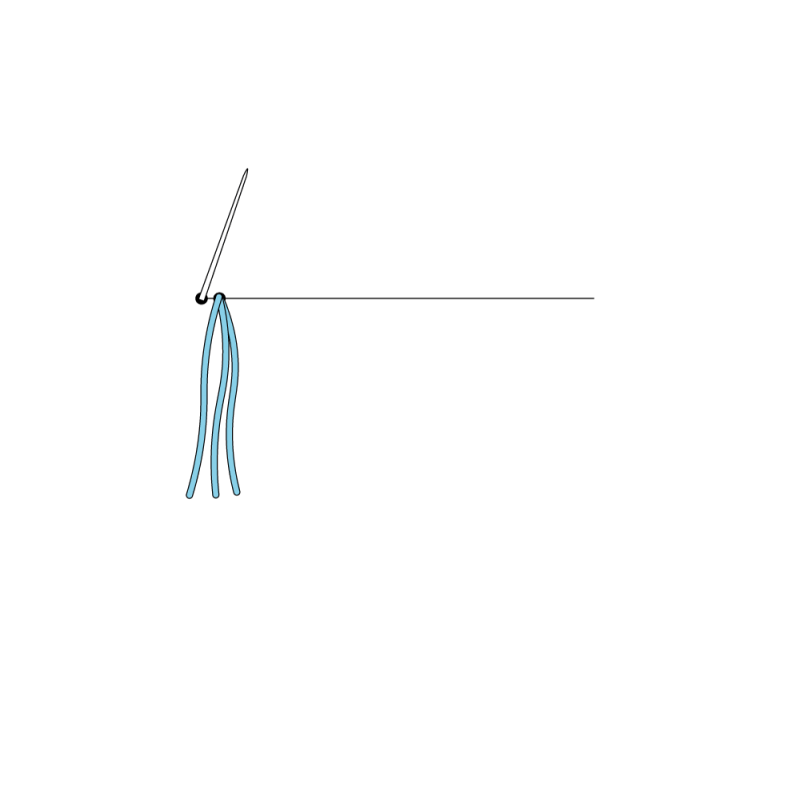 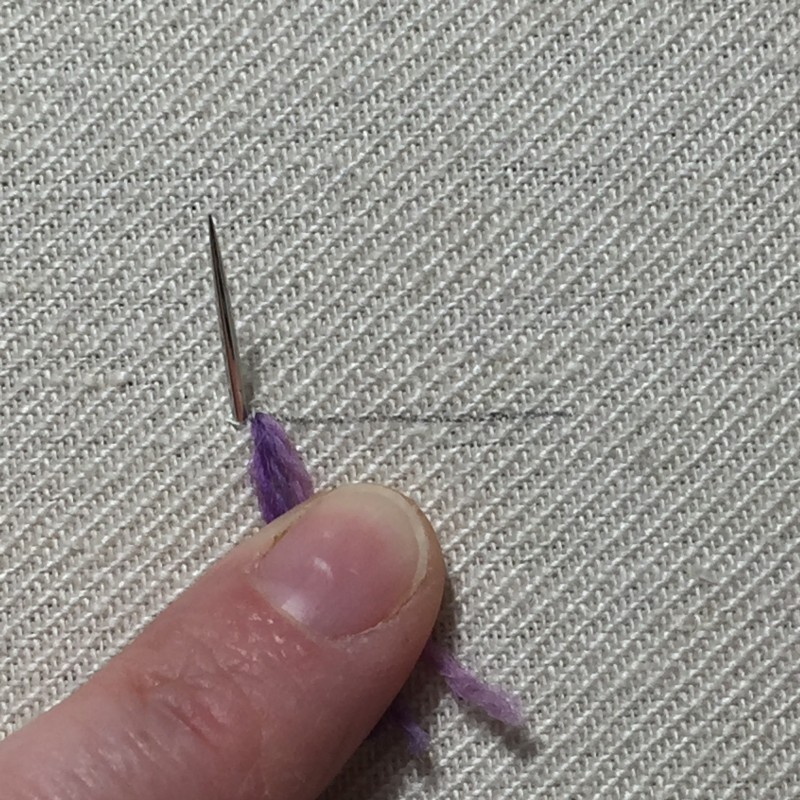 Pull the thread through, leaving a short tail. Bring the needle up a little way to the left. 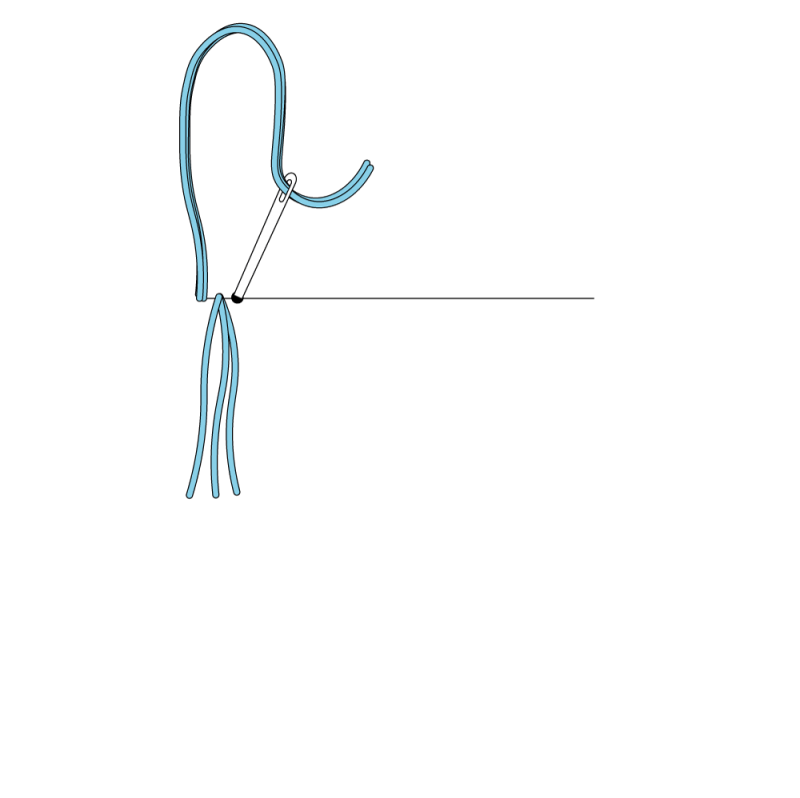 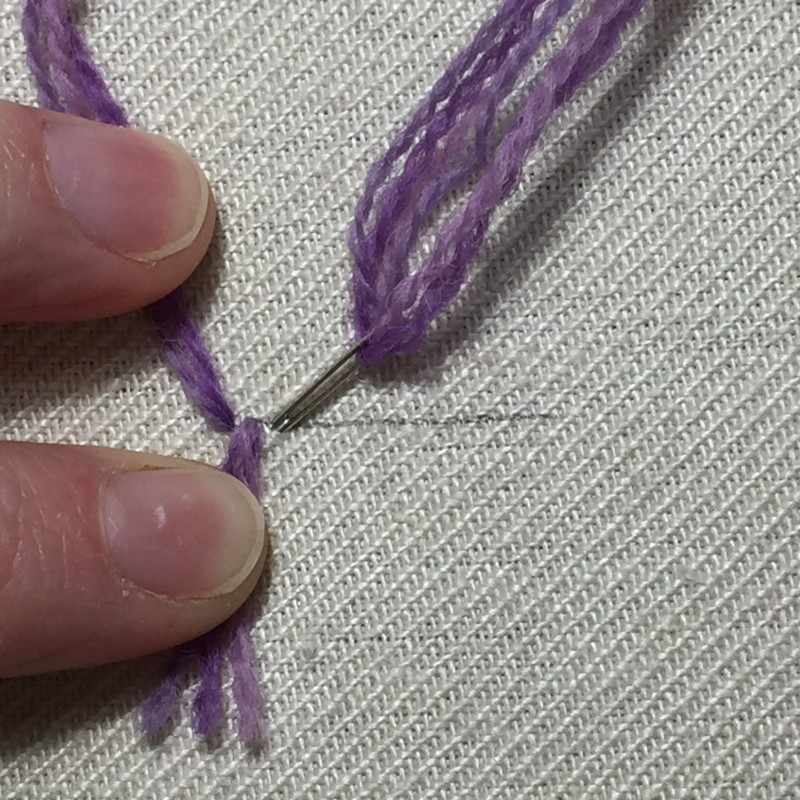 Draw all the thread through to the surface, then take it down into the fabric a little way to the right of where you first went down. 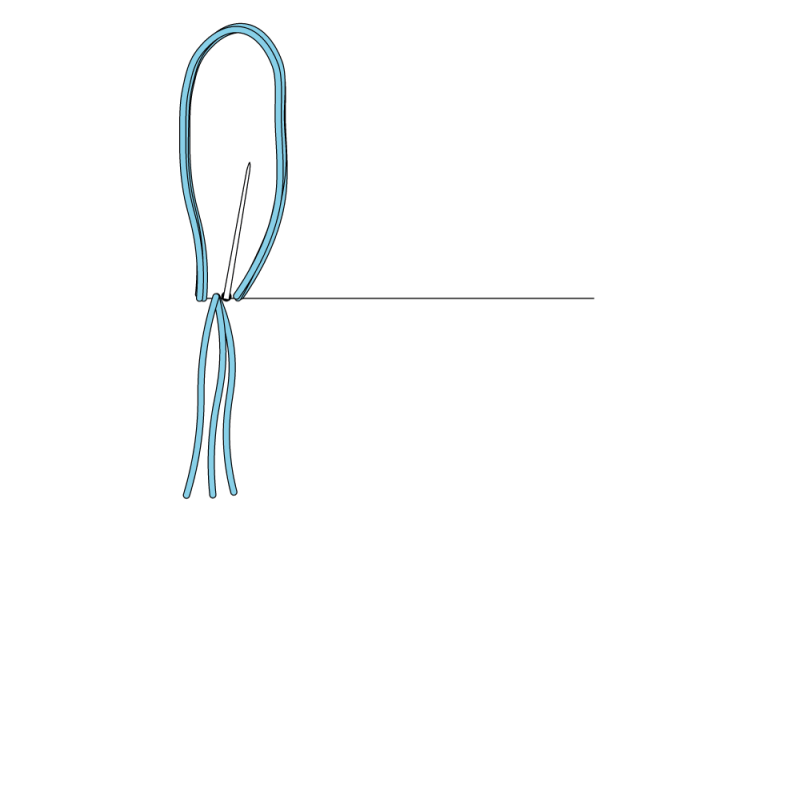 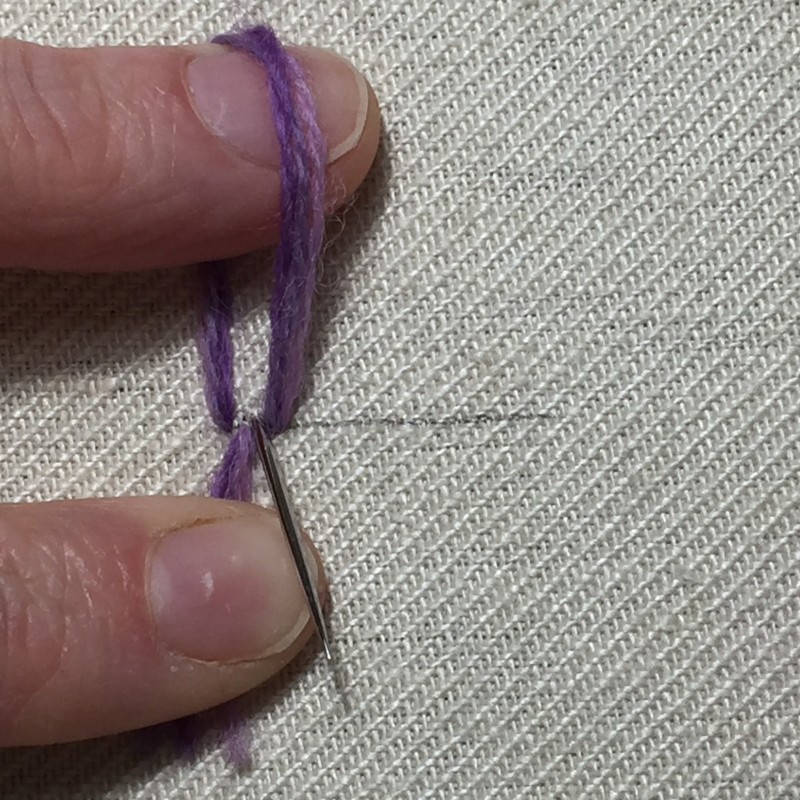 Draw the thread through to the back leaving a temporary loop on the surface, which will become the holding stitch to secure the pile. Bring the needle up inside the loop close to the first down stitch or tail of thread. 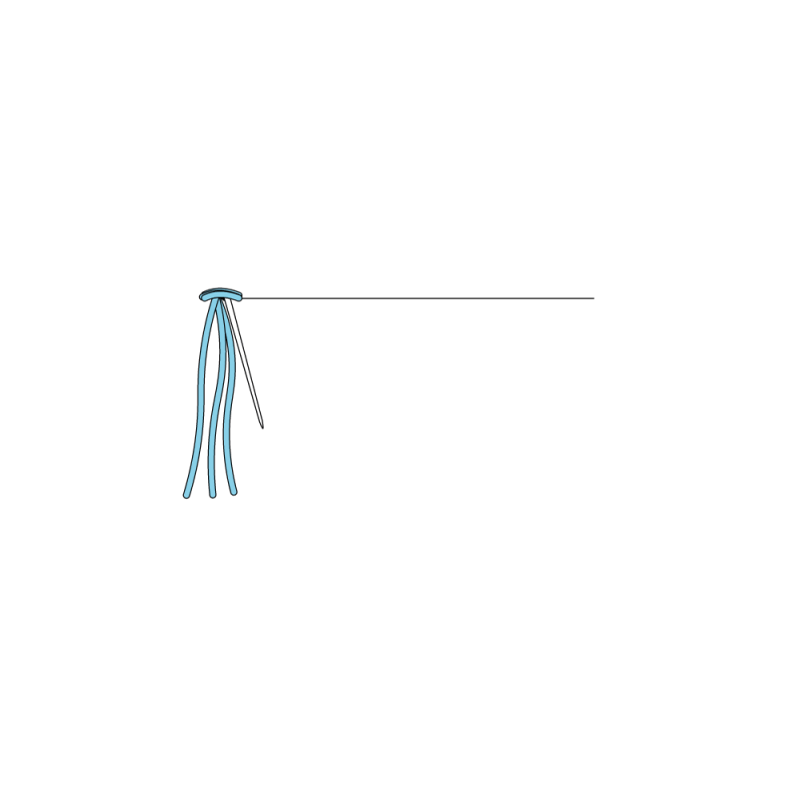 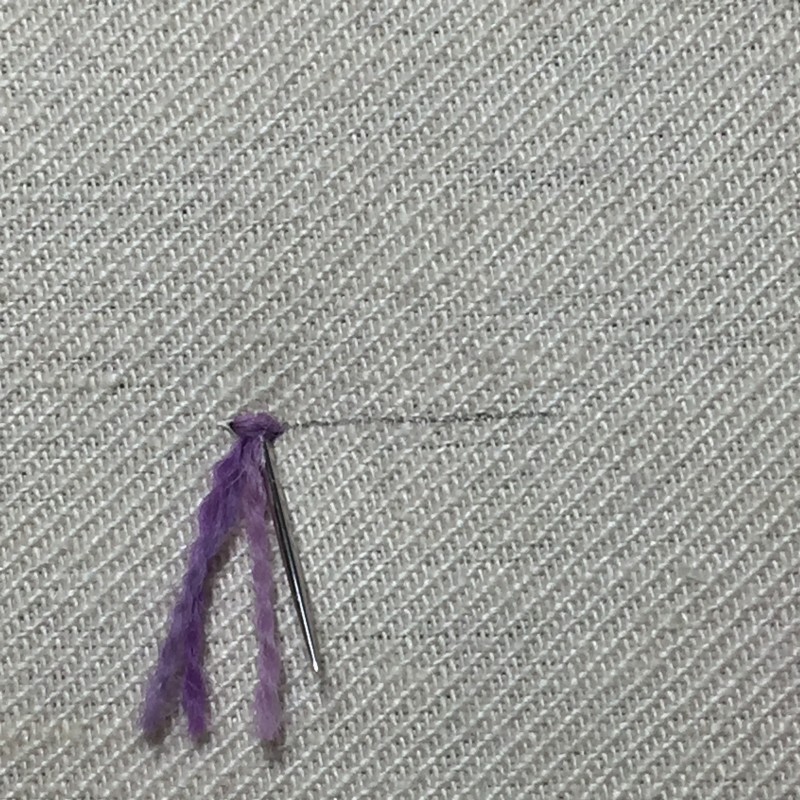 Reduce the loop by pulling the thread through to the back. 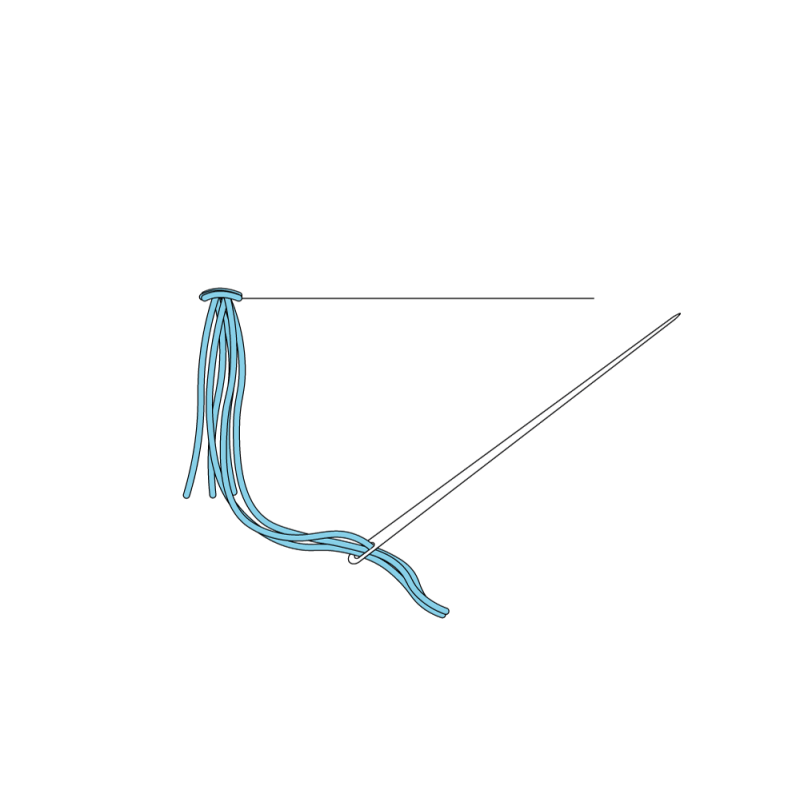 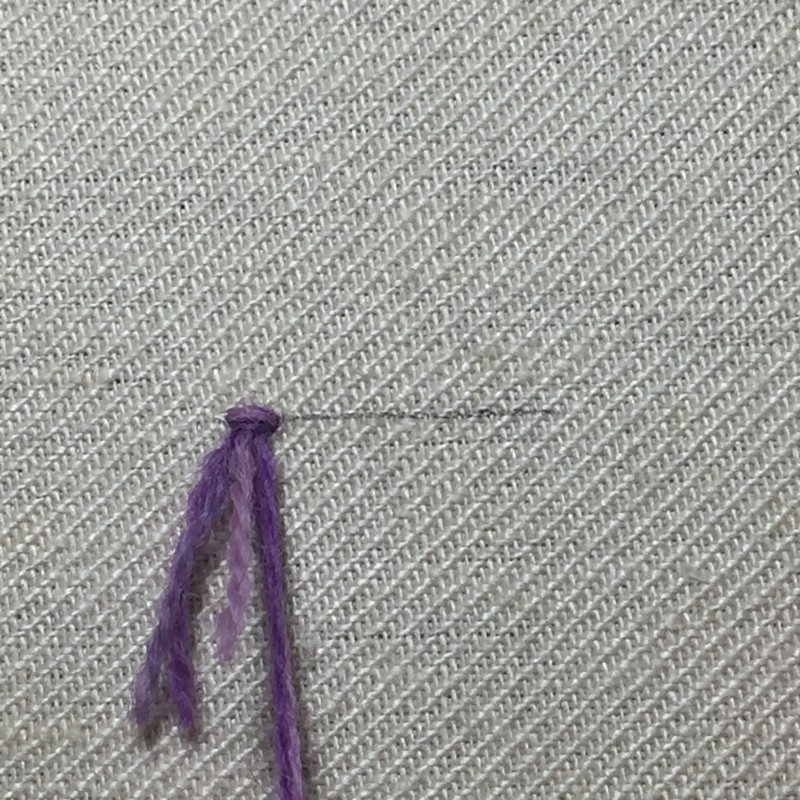 Then pull the needle out of the fabric on the surface. Draw the thread through to create a holding stitch that traps the tail and thread within the loop. 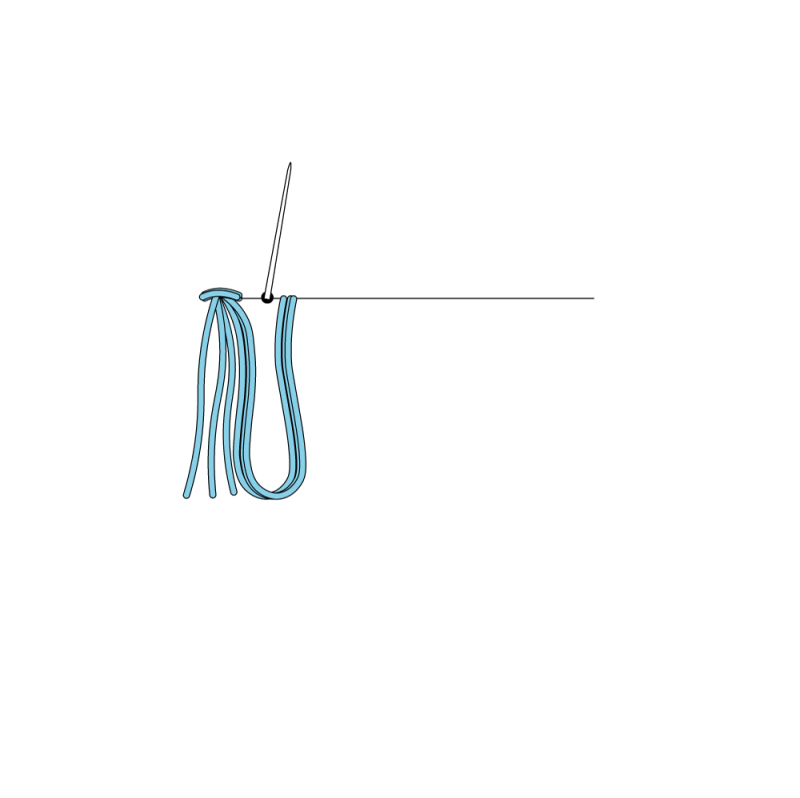 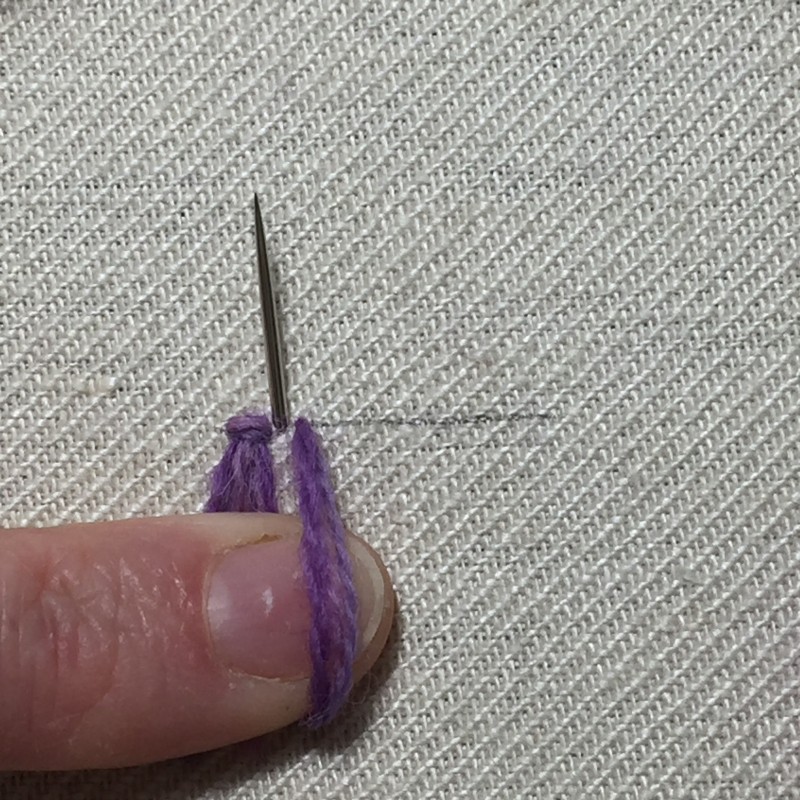 Continue along the line toward the right, repeating steps 1 to 7. Start the second stitch by leaving a more permanent loop on the surface which will effectively become the Turkey rug pile. 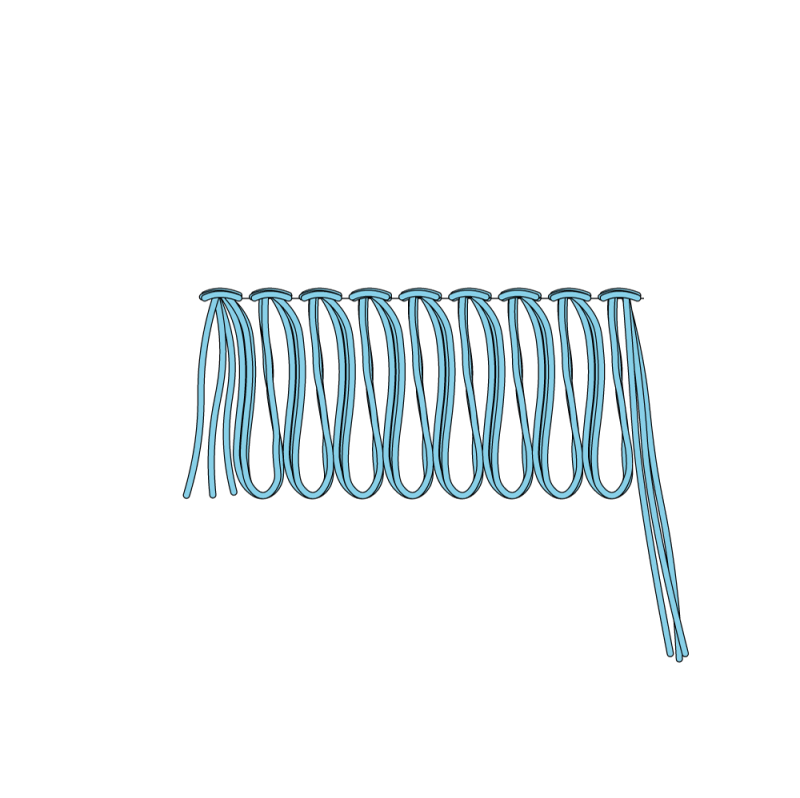 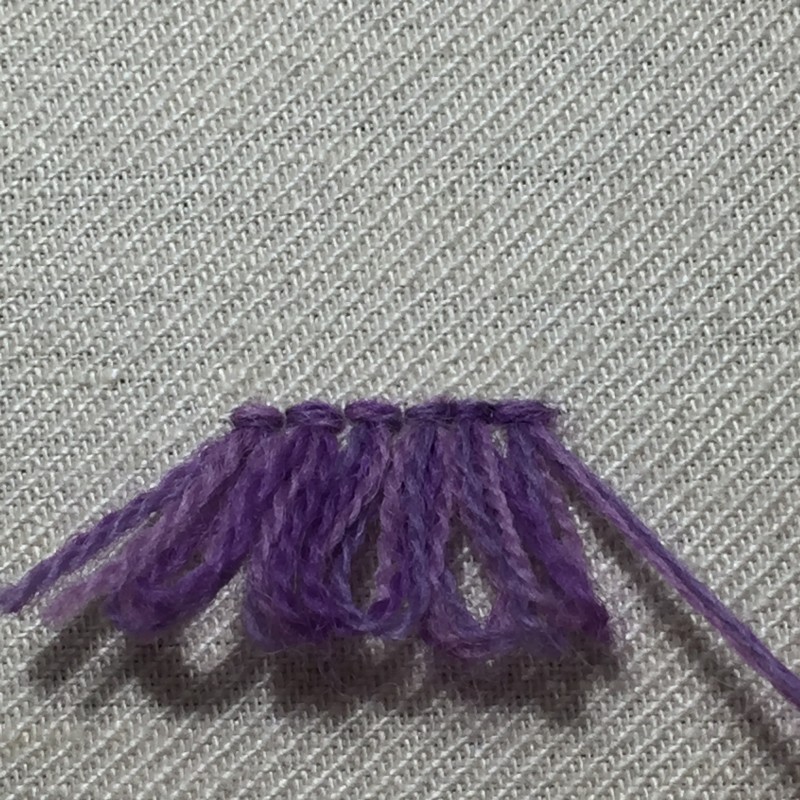 Complete the line. To fill a larger space, work similar rows directly above all the way to the top of the shape. 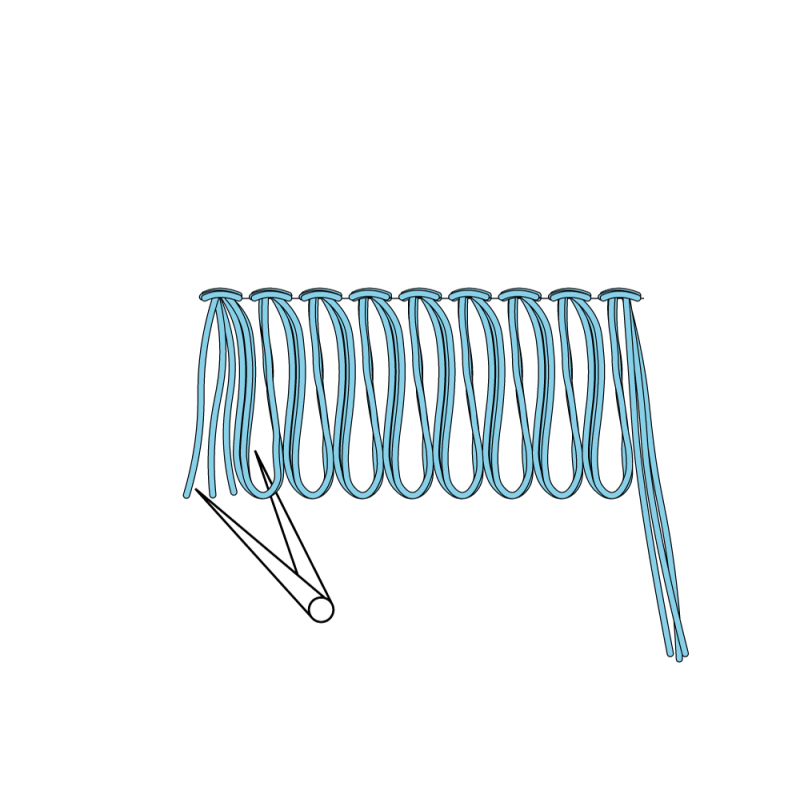 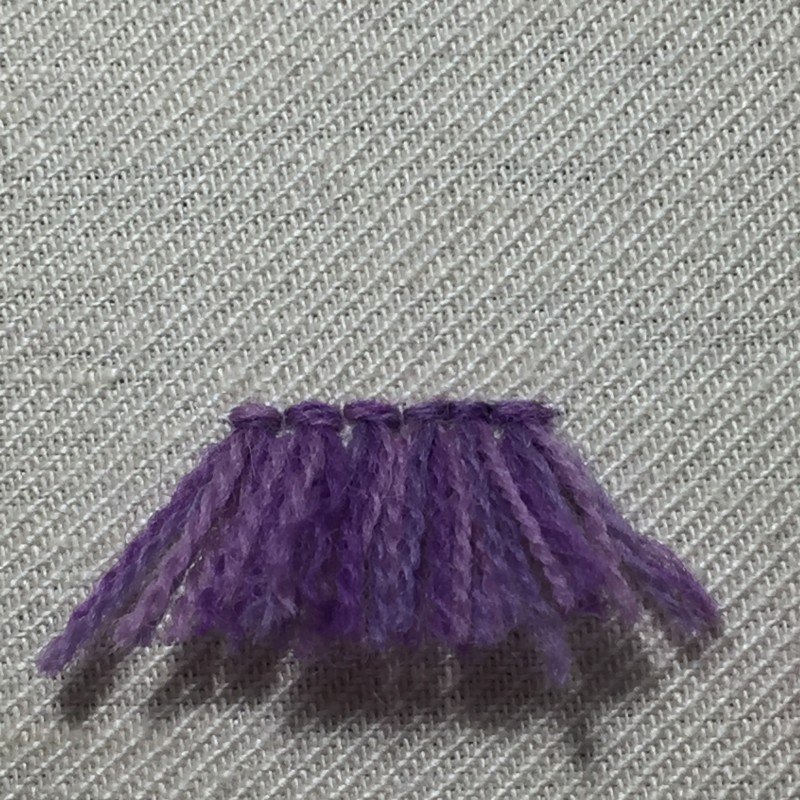 Use a pair of embroidery scissors to cut all of the loops. 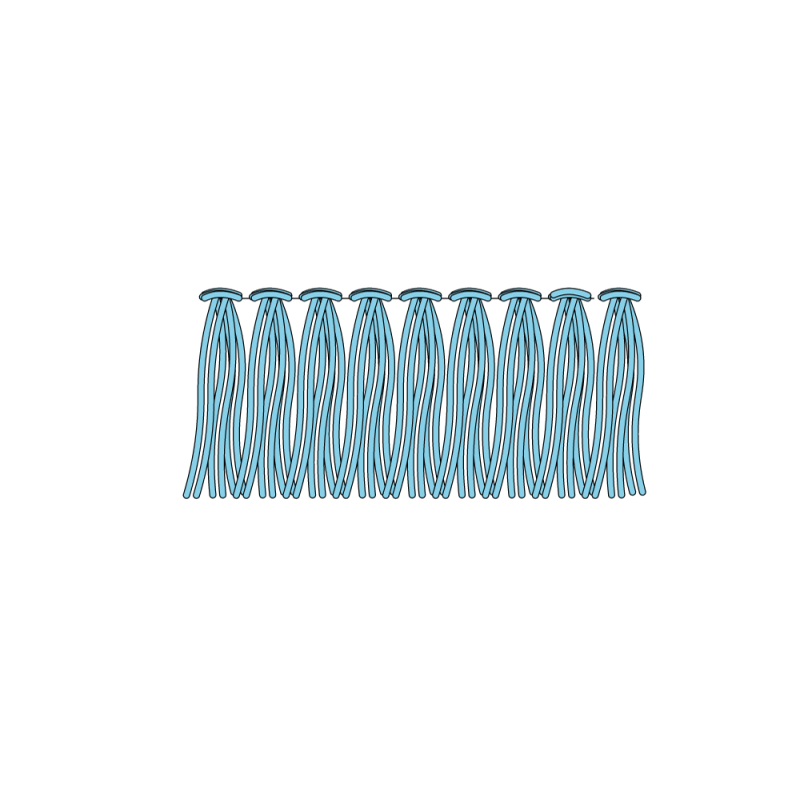 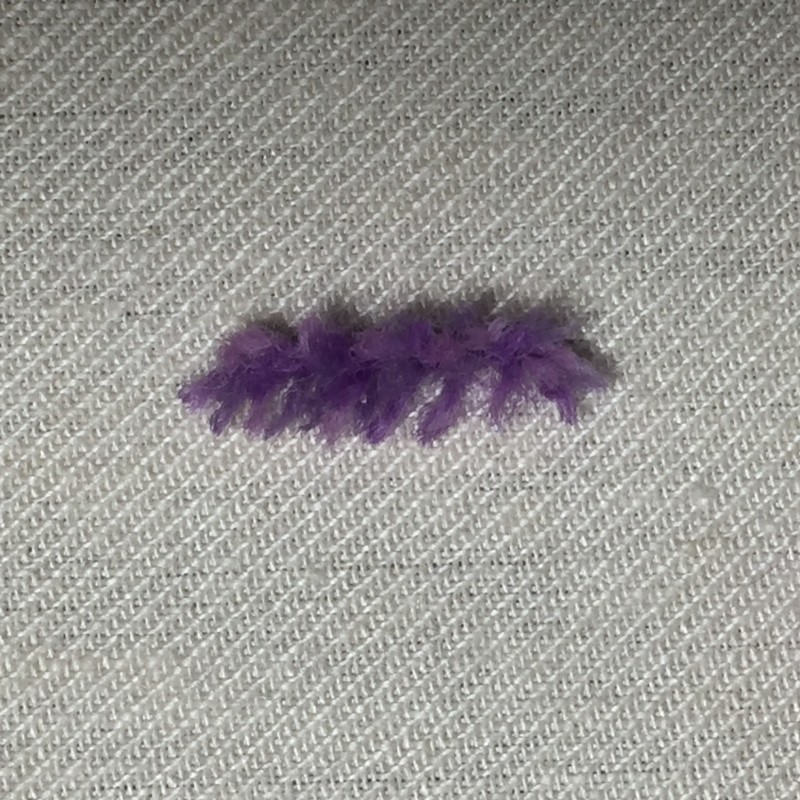 Trim to create a tidy shape. 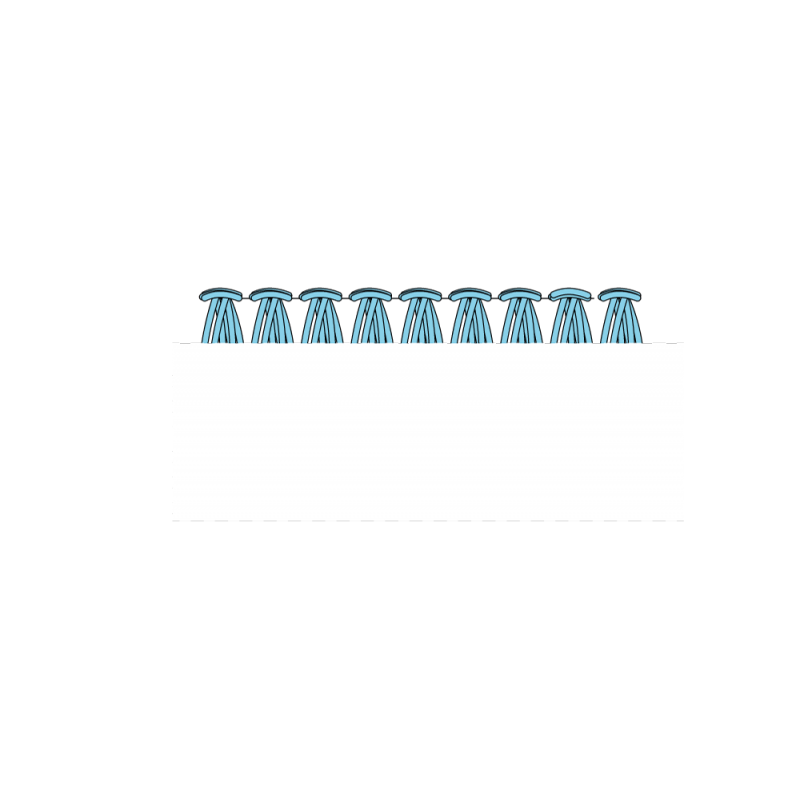 Use a baby brush to fluff up the Turkey rug stitched shape and remove the waste fibres from your fabric. Trim more neatly into the desired shape.

A thick layer of multiple looped yarn which has been cut to height, forming a dense patch of yarn ends sticking up out of the fabric, giving it the look of a ‘rug’ effect.