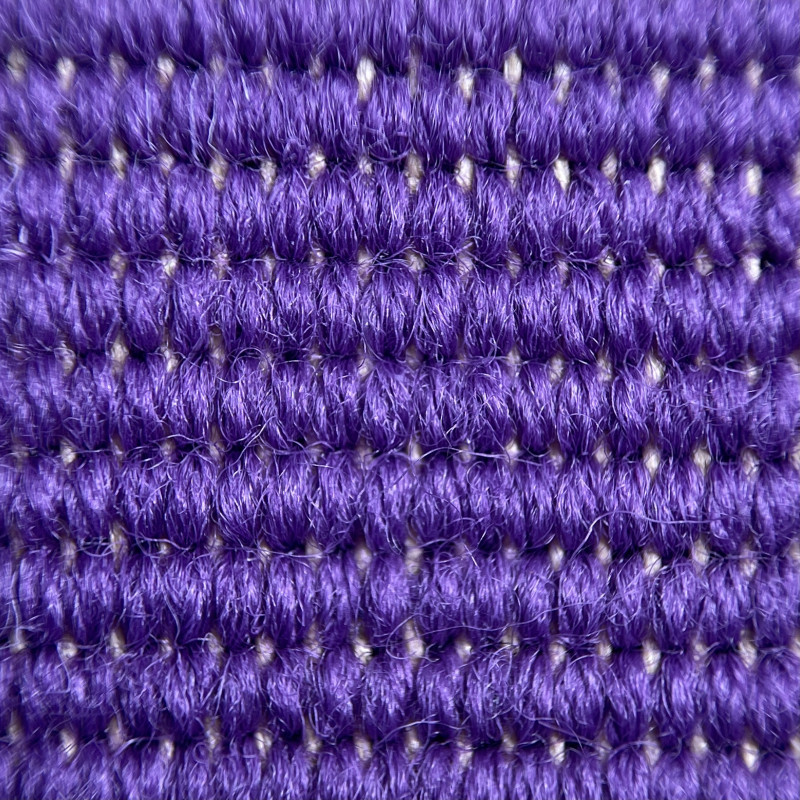 This canvaswork stitch is a small vertical stitch which, if desired, can be trammed (stitched over a long laid stitch to provide a raised effect).

The name Gobelin is credited with originating from the 17th century Gobelins tapestry factory in Paris, but whether the name is connected with the factory or purely a reference to the stitch’s tapestry-like appearance is unclear.  The stitch itself was certainly in use from the 17th century, as the Victoria and Albert museum holds several pieces which feature it from this and subsequent centuries. 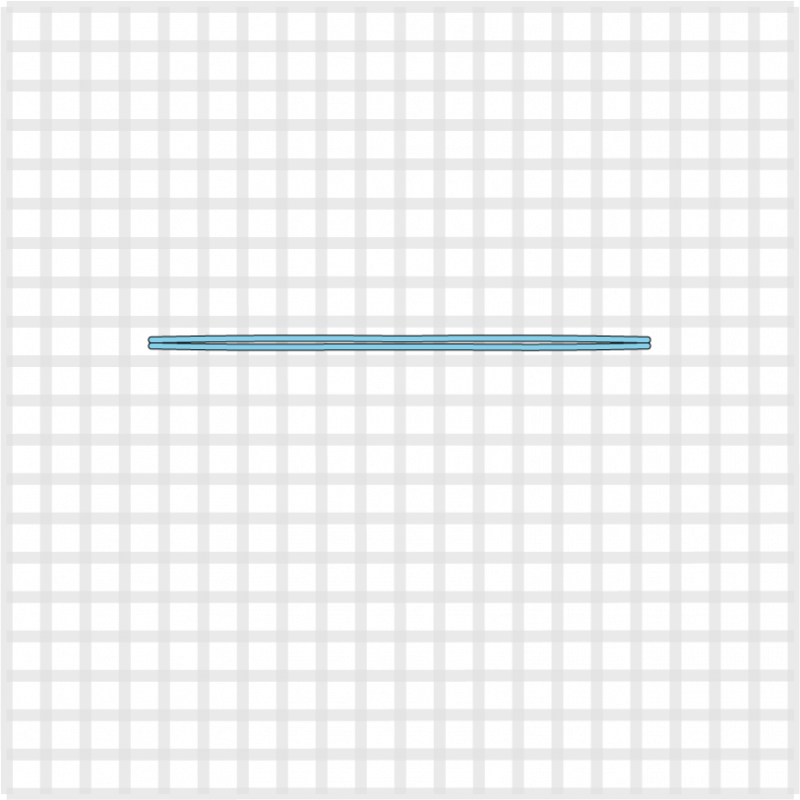 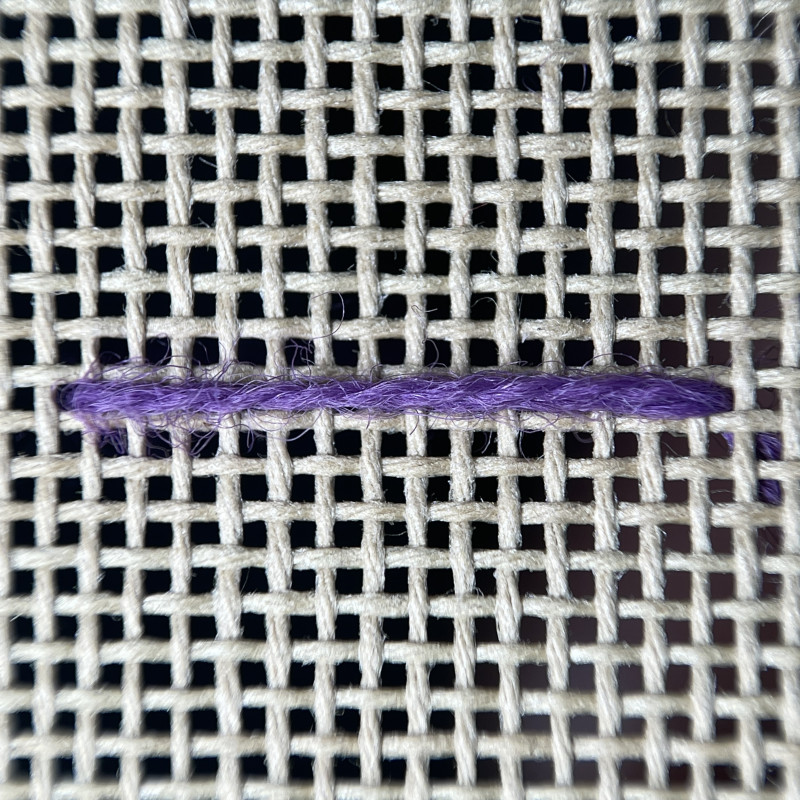 Start by making a padding stitch across the width of the area to be covered. 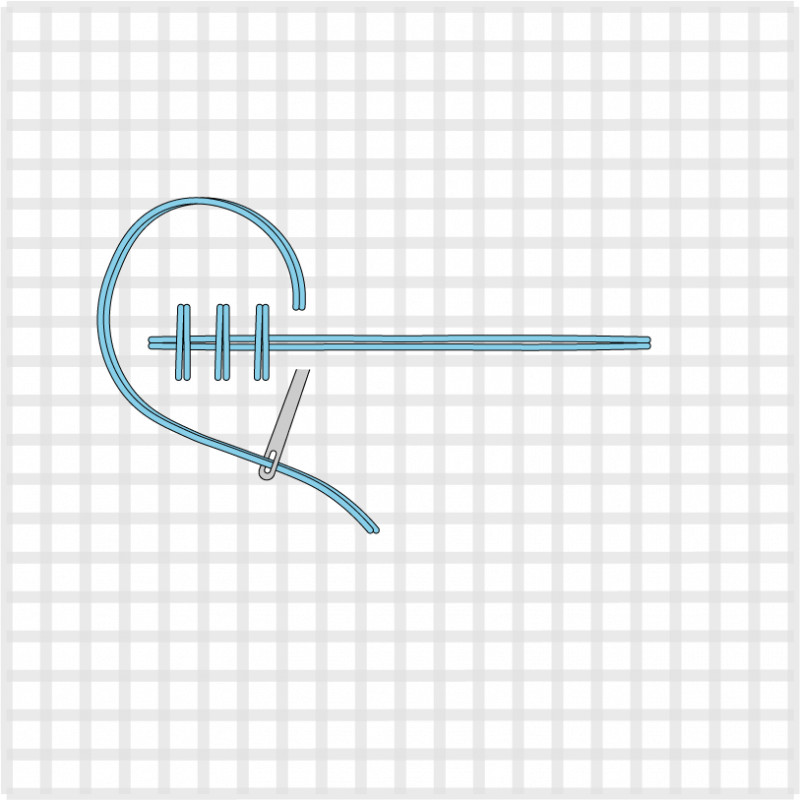 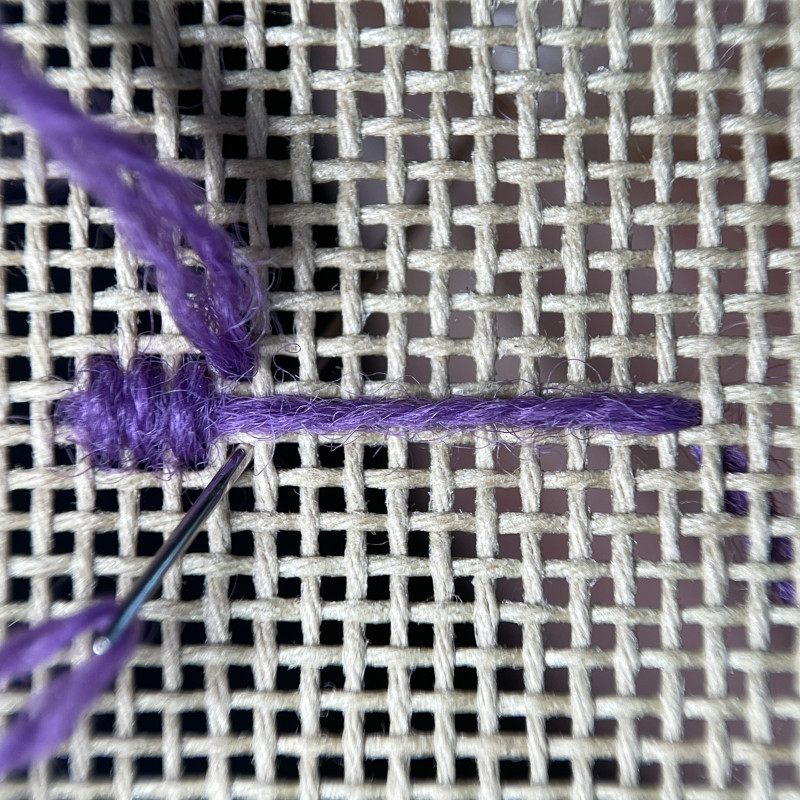 Work back over this, adding vertical stitches across two threads of the canvas. 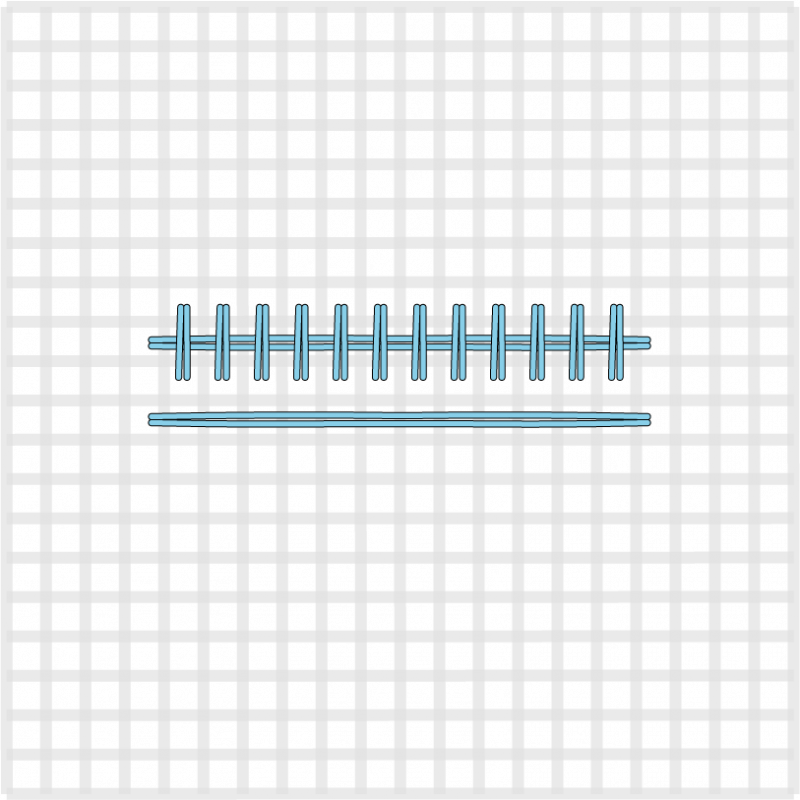 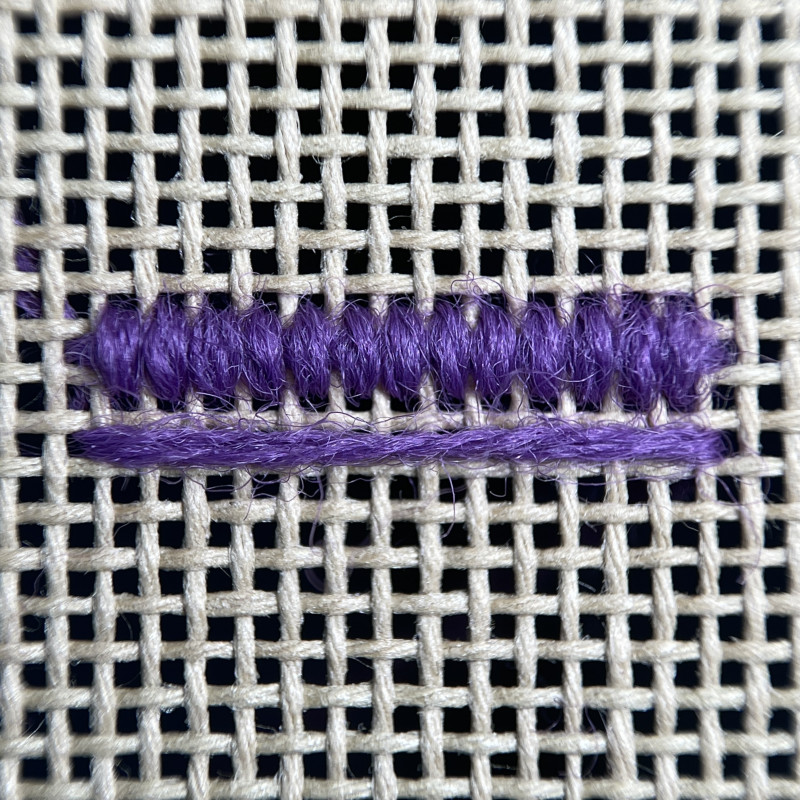 Start the padding of the second row two canvas threads below the first padding stitch. 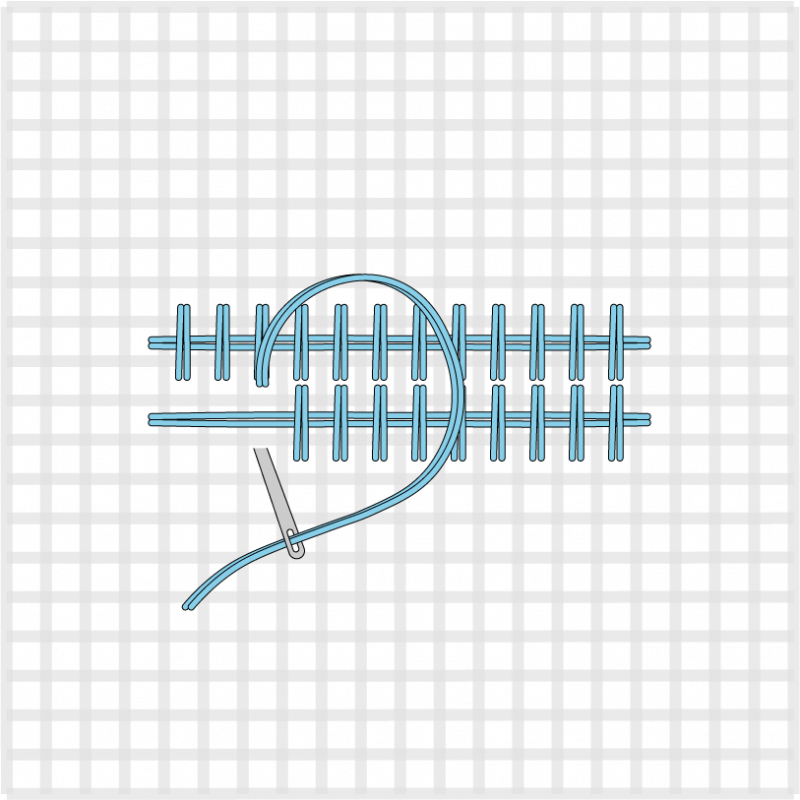 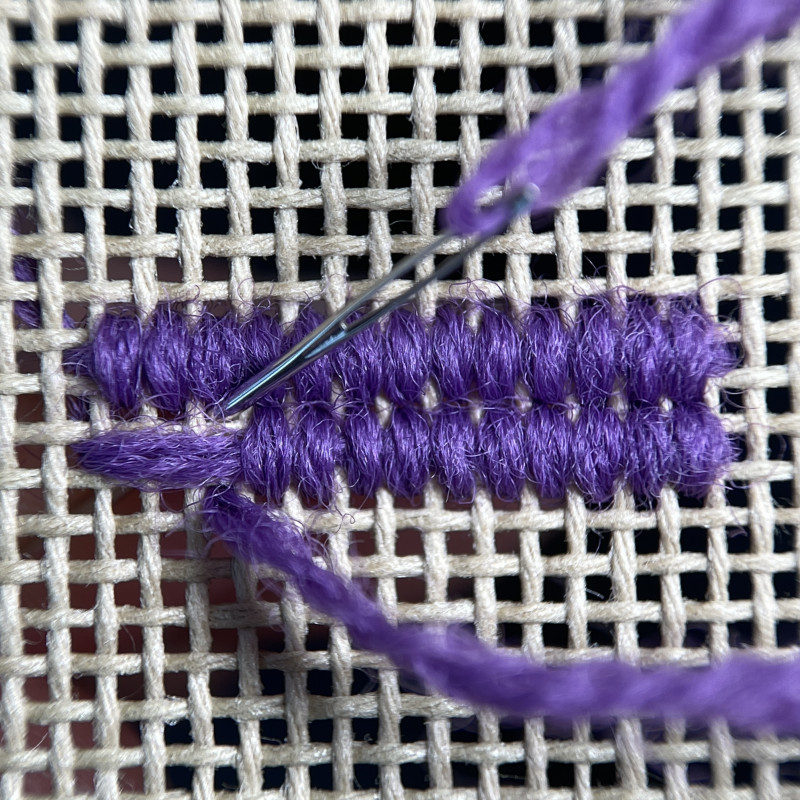 Work back across this, working each vertical stitch into the same hole of the previous row of stitches. Always take the needle down into the occupied canvas hole, not out of it. 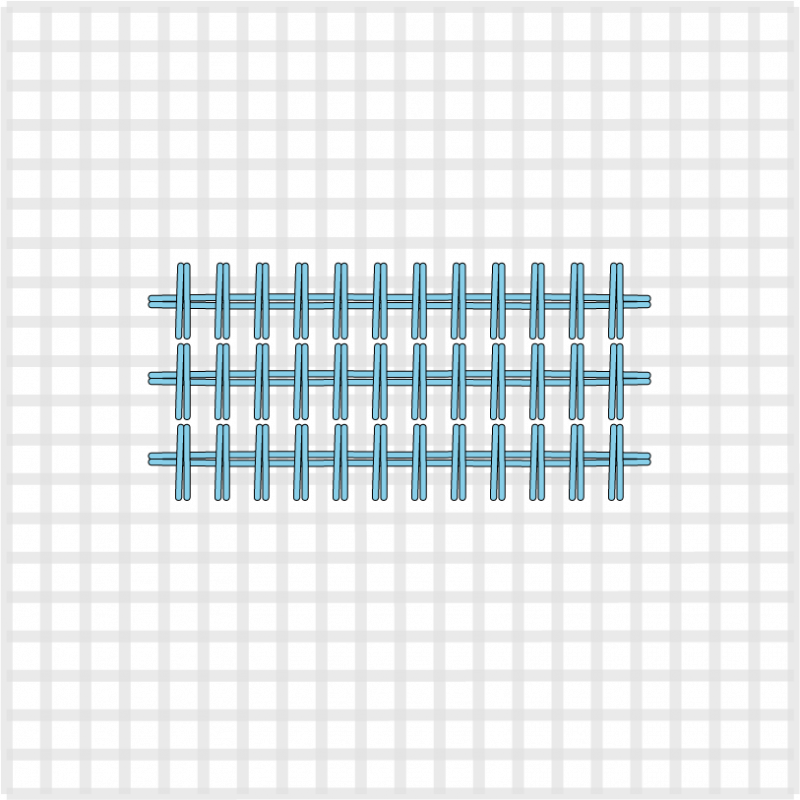 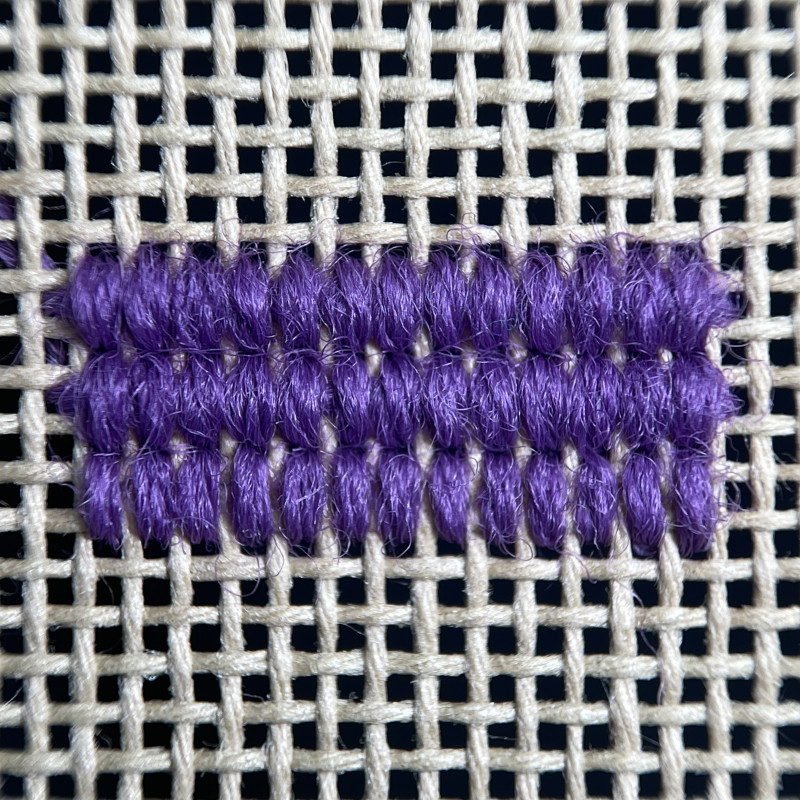 Straight Gobelin does not always have to be worked with the straight padding stitch under the couching stitches. This photo shows the top two rows have the tramming but the bottom row is without any padding.

This is a neat small stitch, with a slightly raised appearance. It is good for small striped areas.

​This is a straight stitch worked over a horizontal padding stitch.