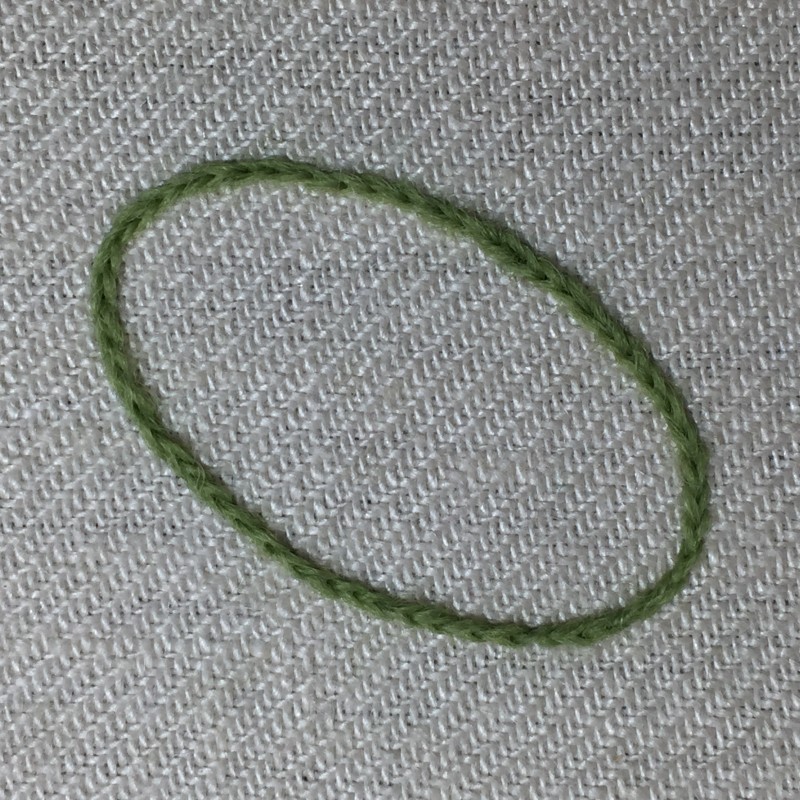 This is a form of back stitch, with the needle splitting the centre of the previous stitch rather than coming up in the same hole.  This results in what looks like a mini chain stitch.

The earliest notable use of split stitch is within Opus Anglicanum where it was used extensively as a filling stitch to provide fine details such as faces.  It was used in a similar manner in 14th century Byzantine embroidery.
It continued to be used in traditions across the world: in late/post Medieval Icelandic (especially ecclesiastical) embroidery, split stitch was one of a small group of prominent stitches; in China during the Ming dynasty it was used to create precise lines; 17th century floral Icelandic embroidery used to decorate garments was predominantly worked in split stitch; 19th century Arts and Crafts embroidery used split stitch as filling stitch for flesh. 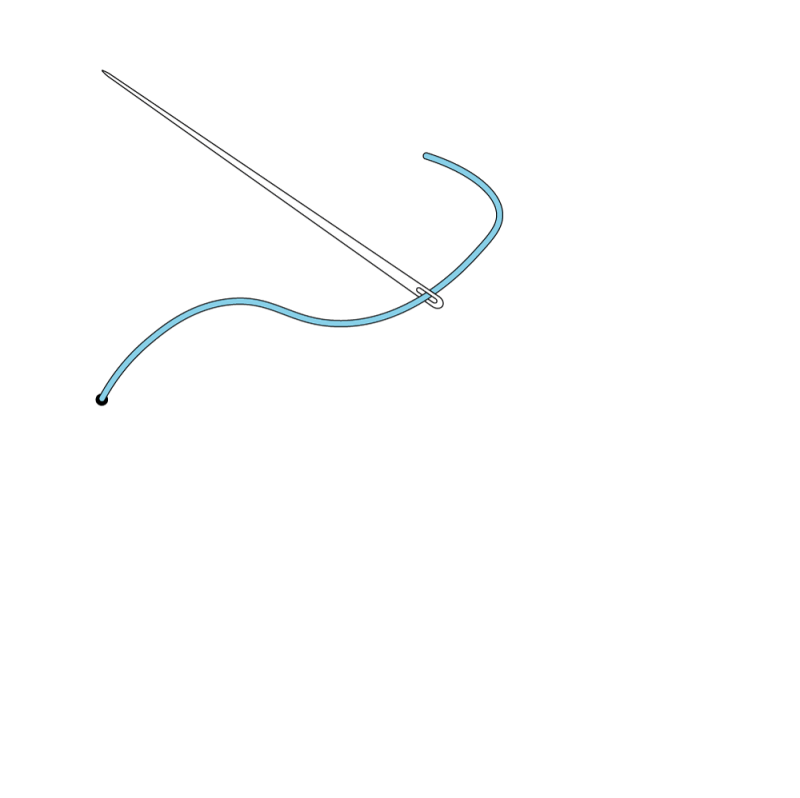 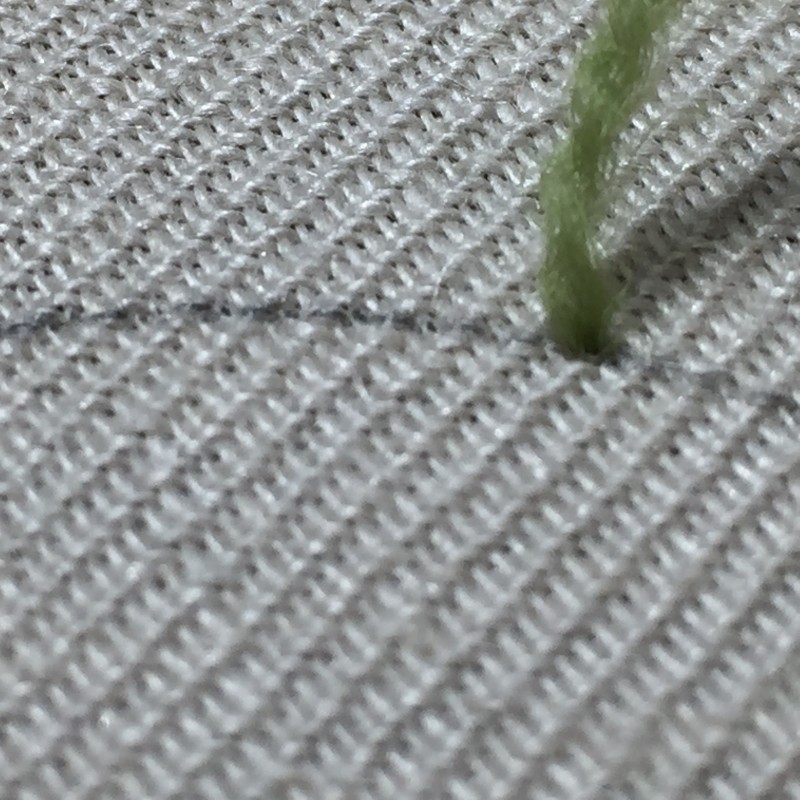 Bring the needle up at the start of the design line. 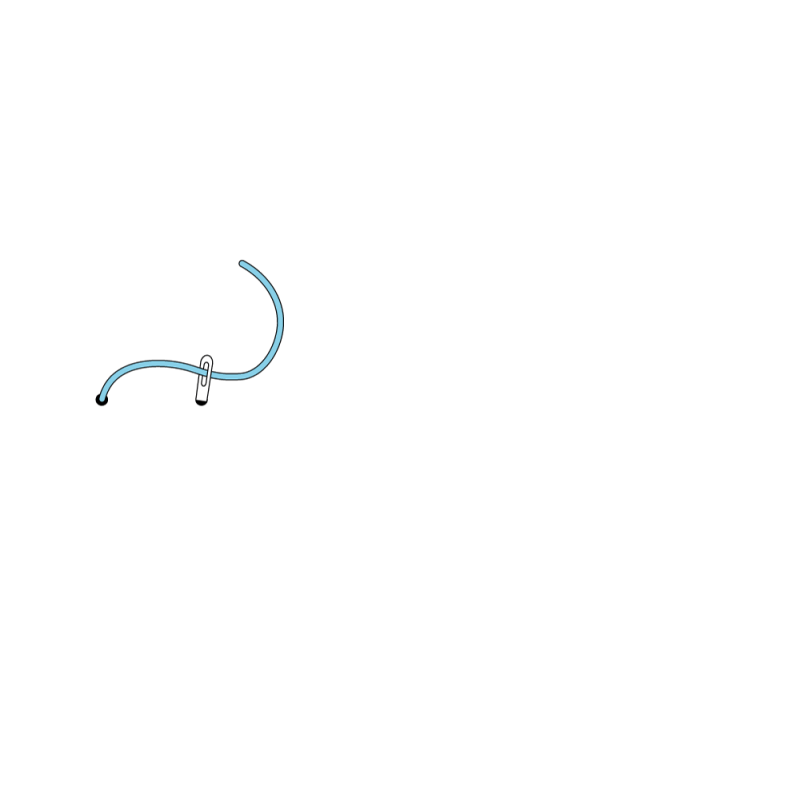 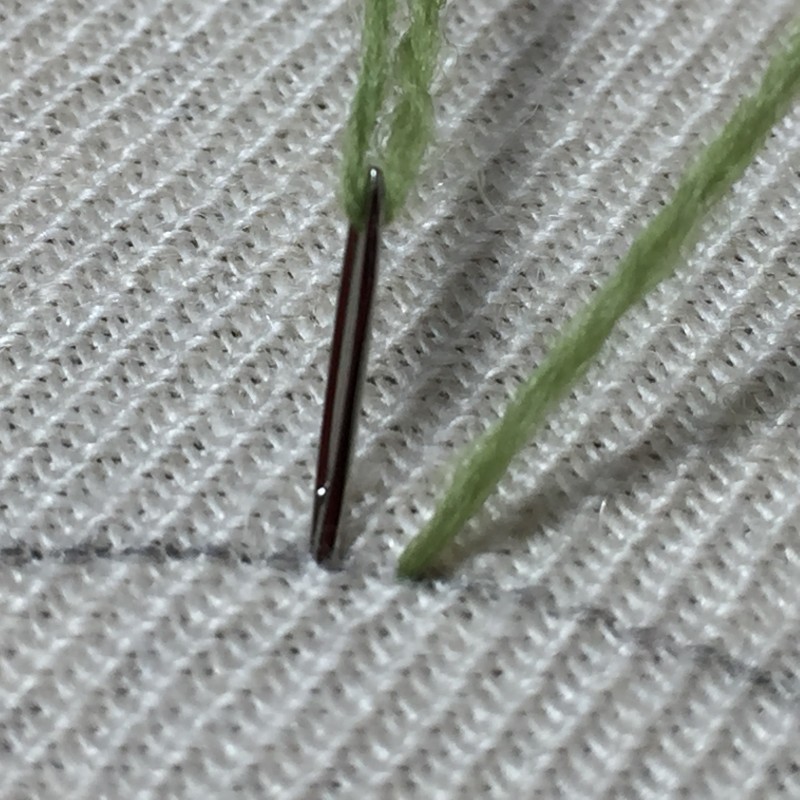 Decide on the length of your stitch and take the needle down through the fabric, on the line at the desired length. Pull the thread through to the underside. 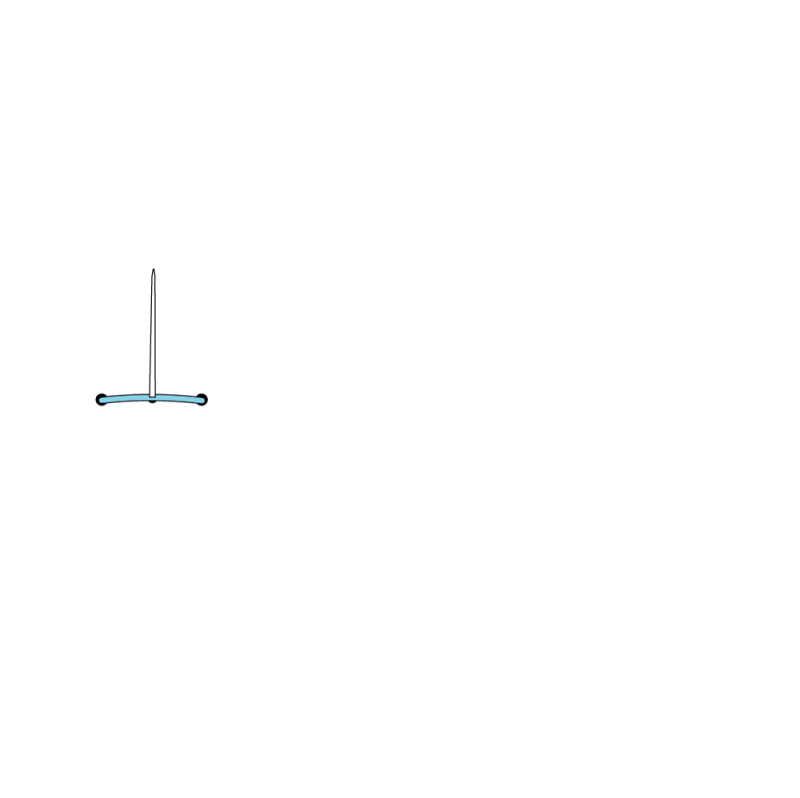 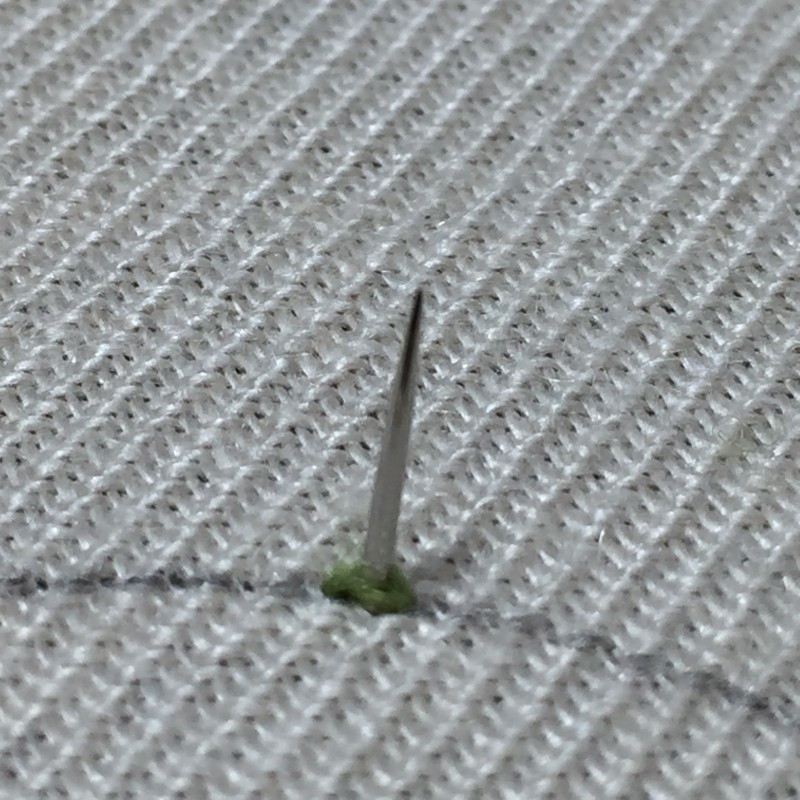 Push the needle up through the fabric in the centre of your first stitch, splitting the thread with the needle on the way to the surface. 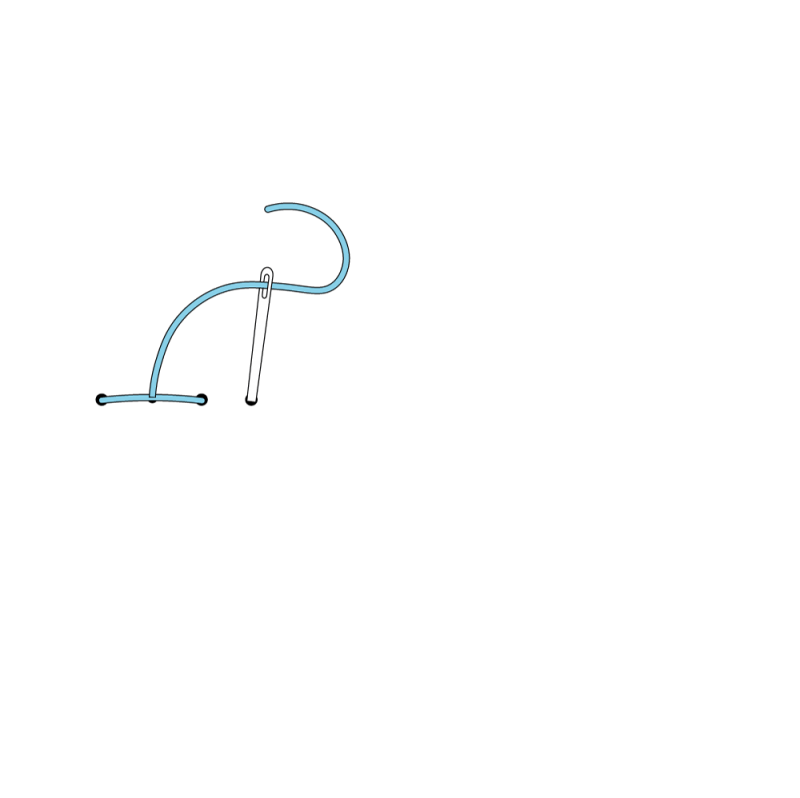 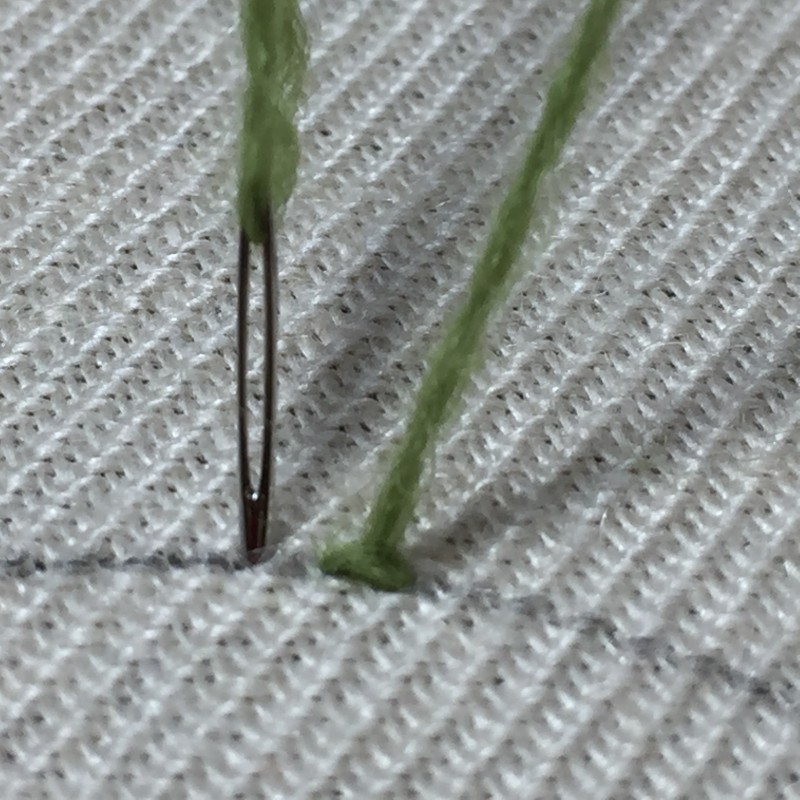 Each stitch should be equal in length to the first stitch but halfway back along the previous stitch. Continue along the painted line. 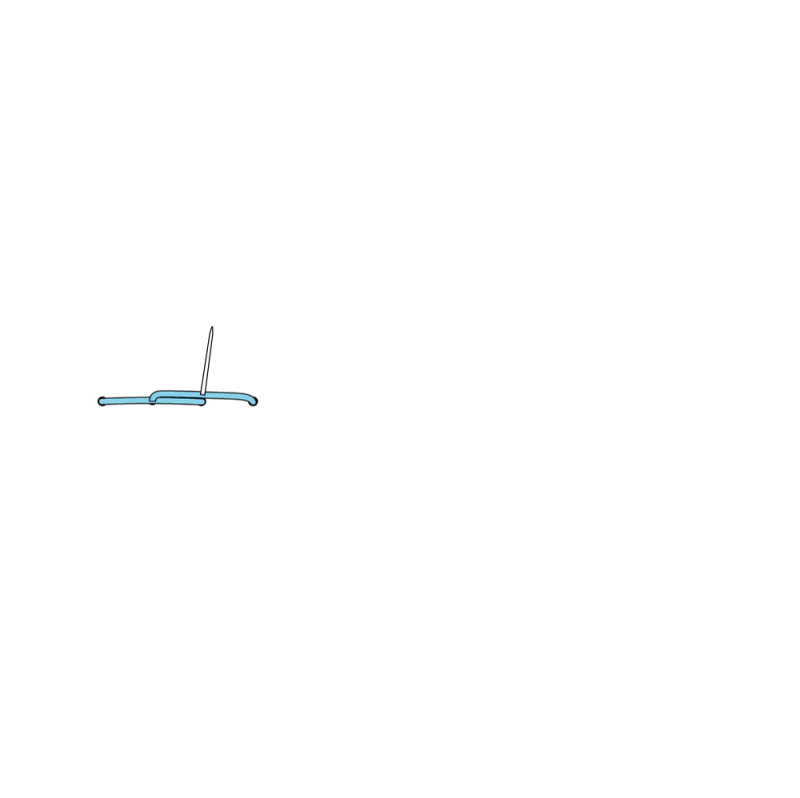 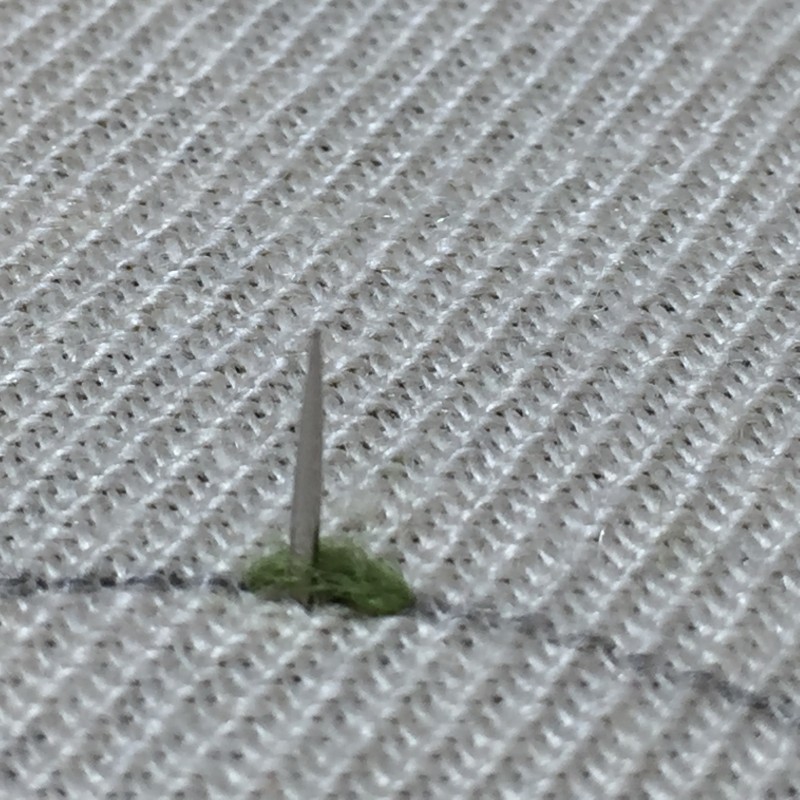 Pull the thread through to finish the second stitch. Start the third stitch at the end of the first, halfway along the second. 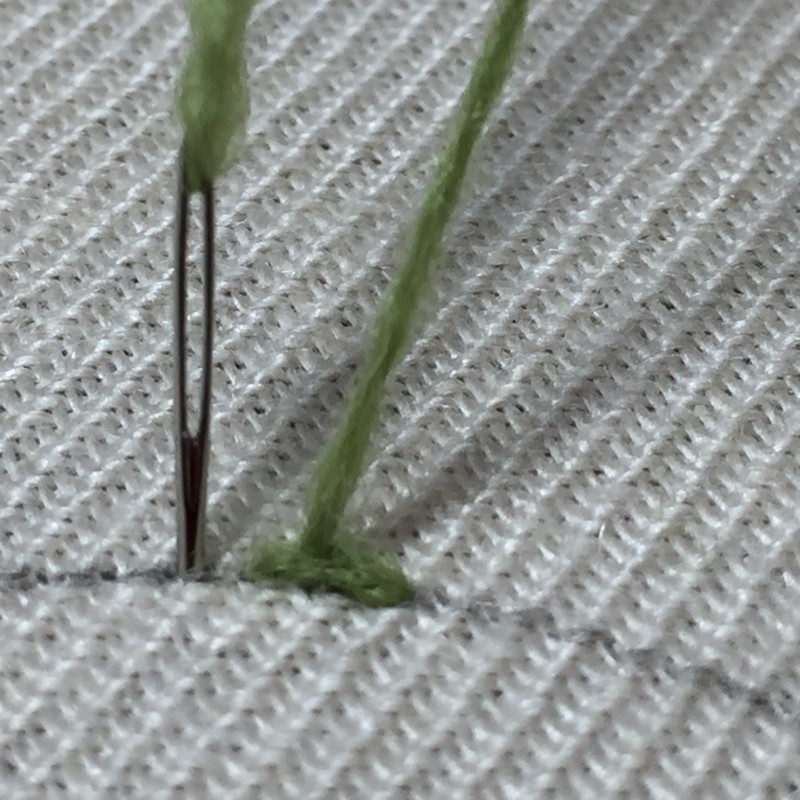 Finish the third stitch in the same way as before. 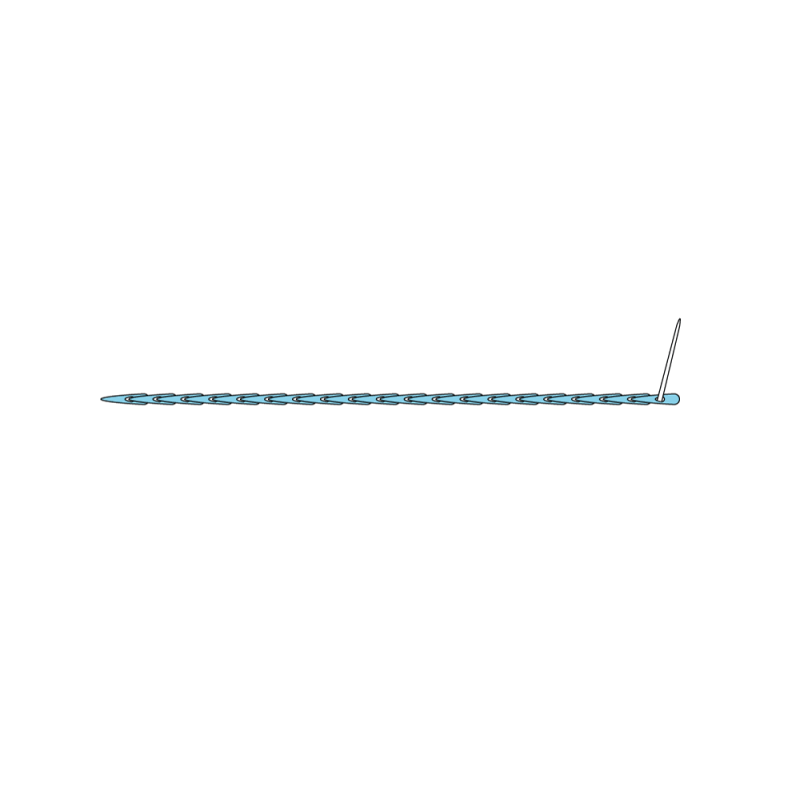 Continue to work along the design to the end.

Occasionally used as an outline stitch, but more often used as a foundation stitch hidden under solid filling stitches such as Long & Short or Satin stitch to gain a smooth edge. A split stitch should split the stitch from the underside and from the surface looks like a fine miniature chain stitch. From the reverse the stitches will look like a small back stitch.