Spangles held on with purls 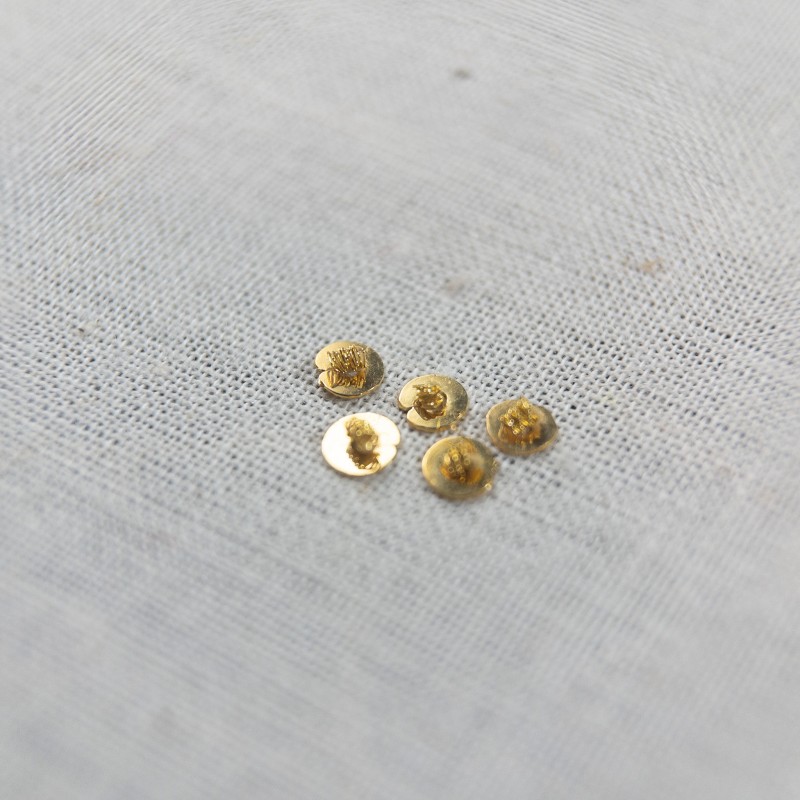 ​Spangles may be stitched down in a variety of decorative ways, either individually or in lines, with fancy stitching with coloured silk threads. Alternatively, they can be held down with chips, looped chips, beads or, invisibly, in fish-scale stitching which results in the overlapping spangles concealing the stitch that holds down the previous spangle.

Spangles have a long history across the world: excavations of 6th century royal tombs in Korea have shown that they were used to embellish royal crowns.  European artefacts date back to the 16th century: the Victoria and Albert Museum holds a dalmatic and other ecclesiastical garments embellished with them from this time.  They continued to be used in England in subsequent centuries: the V&A also holds a burse made for Elizabeth I’s Great Seal plus various high-status garments.  Their use wasn’t restricted to garments for royalty and nobility: they feature on a revolutionary cap from the French revolution now held by the Museum of Fine Arts, Boston.

Spangles held on with purls is generously sponsored by Patricia Nelson

Use wax to smooth the fibres of the sewing thread and prevent the purl chip from catching as it travels down the length of the thread. 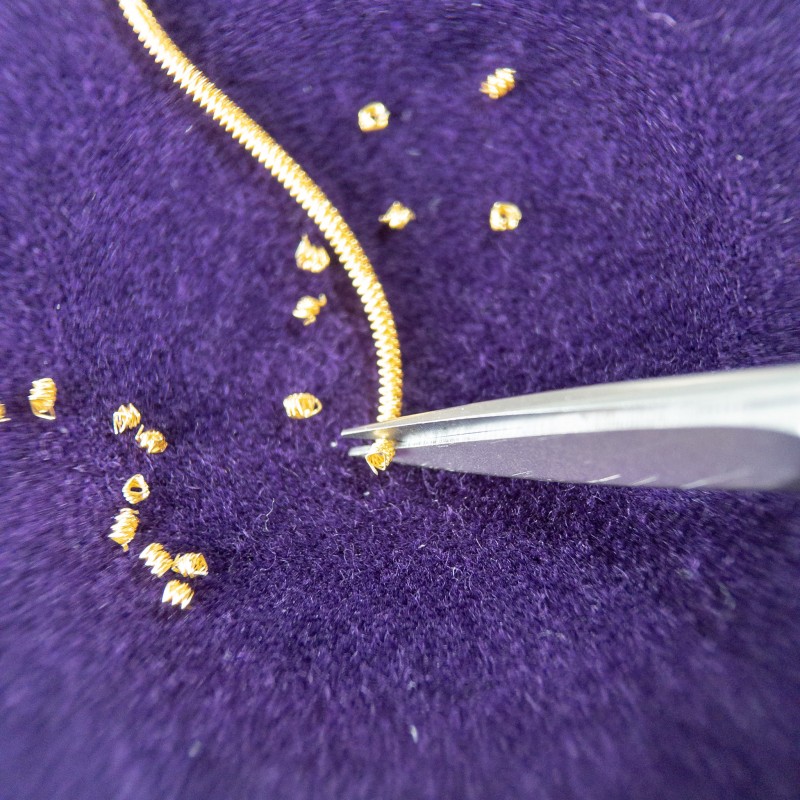 Cut a good number of small chips from a length of metal thread, this example shows Bright check 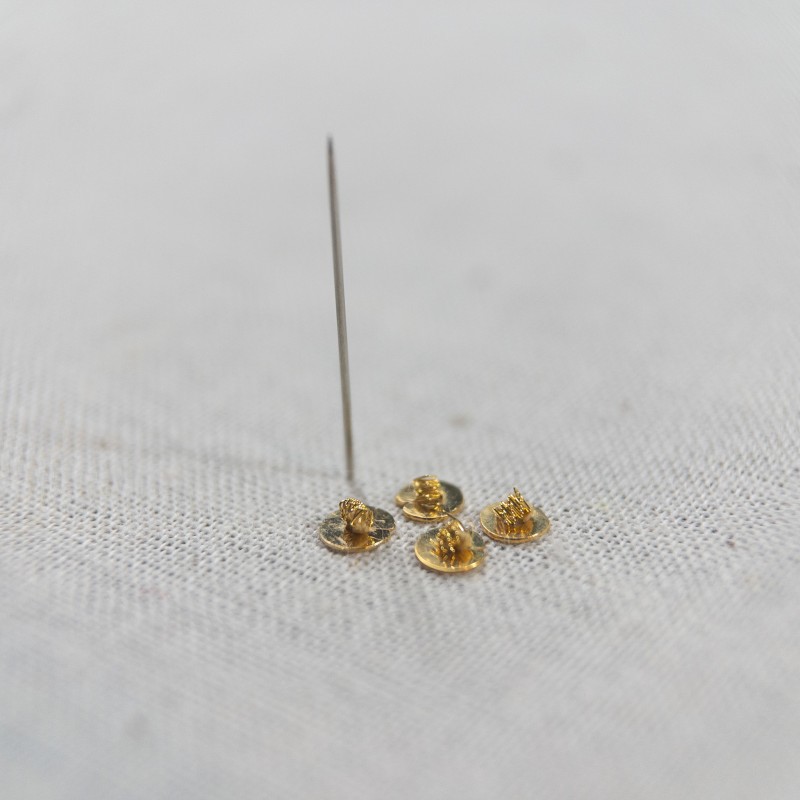 Using a double waxed thread, bring the needle through to the surface of the fabric from underneath 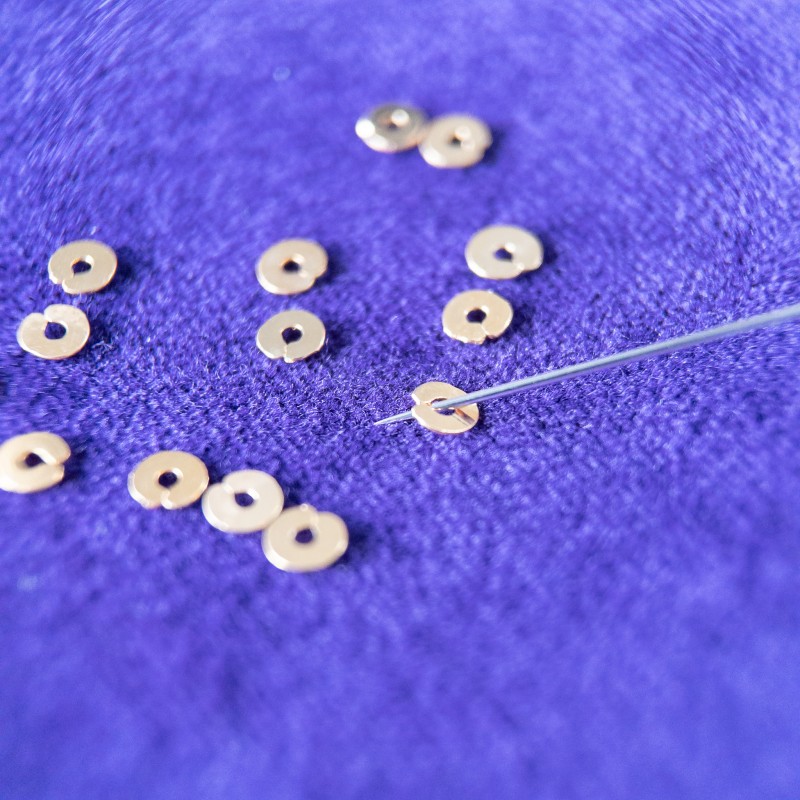 Thread on a single spangle 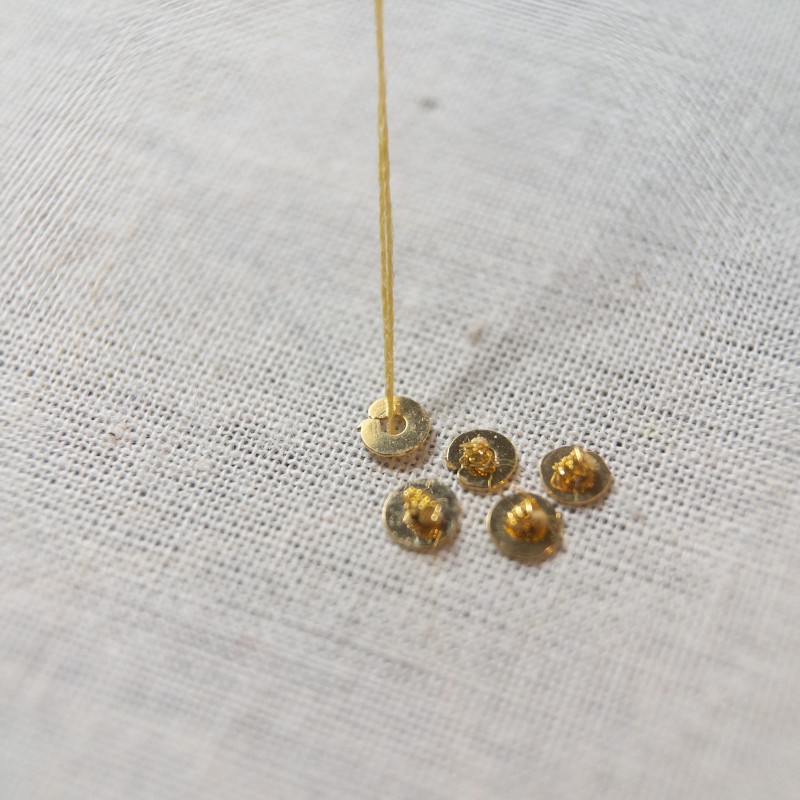 and gently manoeuvre it to the base of the thread. Ideally without touching it with your fingers to prevent it tarnishing in the future. 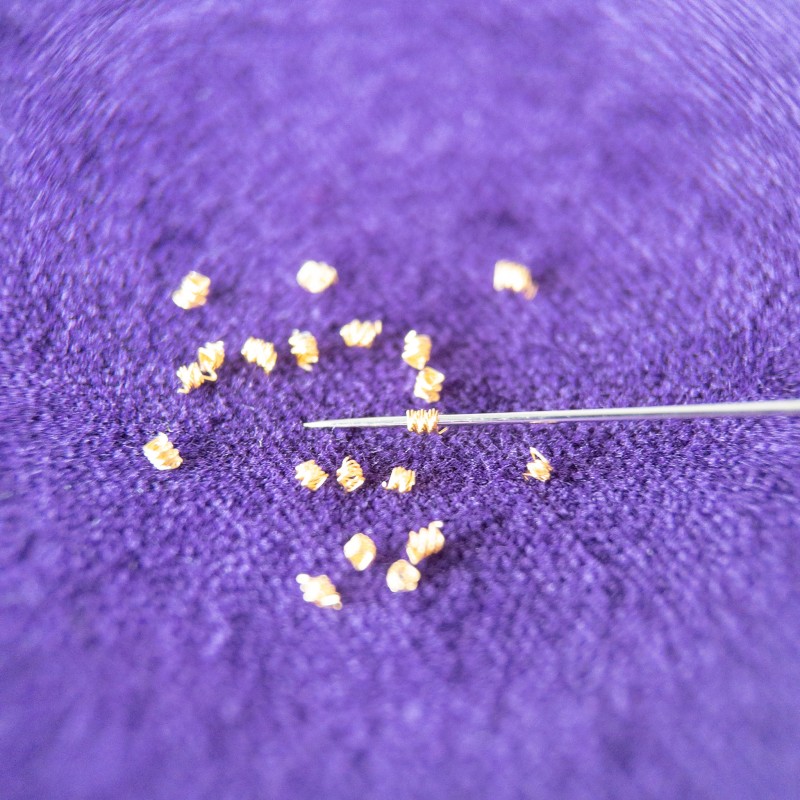 Thread a purl chip onto the needle 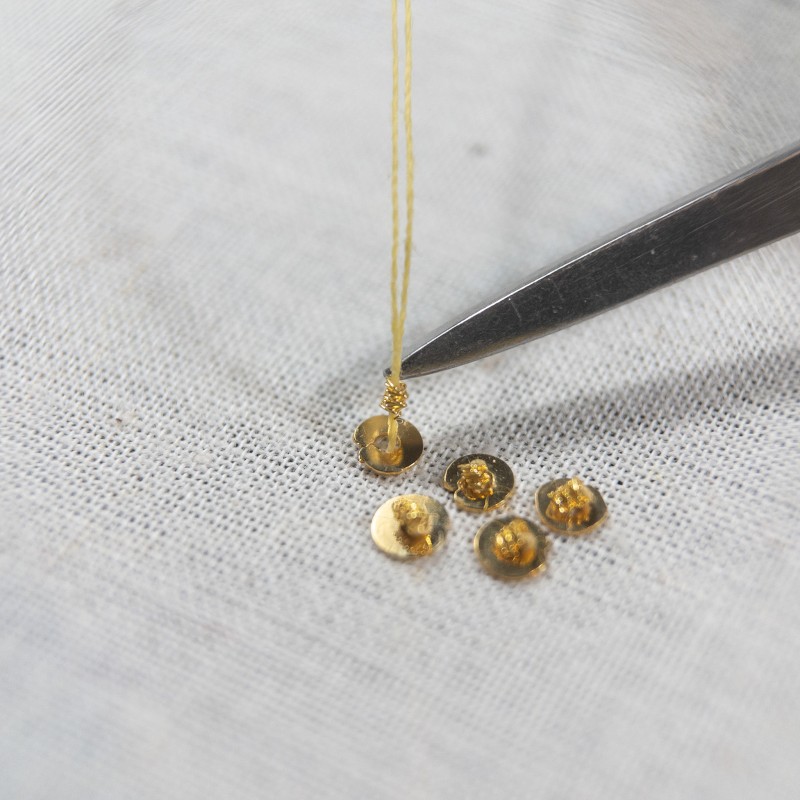 and gently manoeuvre it to the base of the thread on top of the spangle. 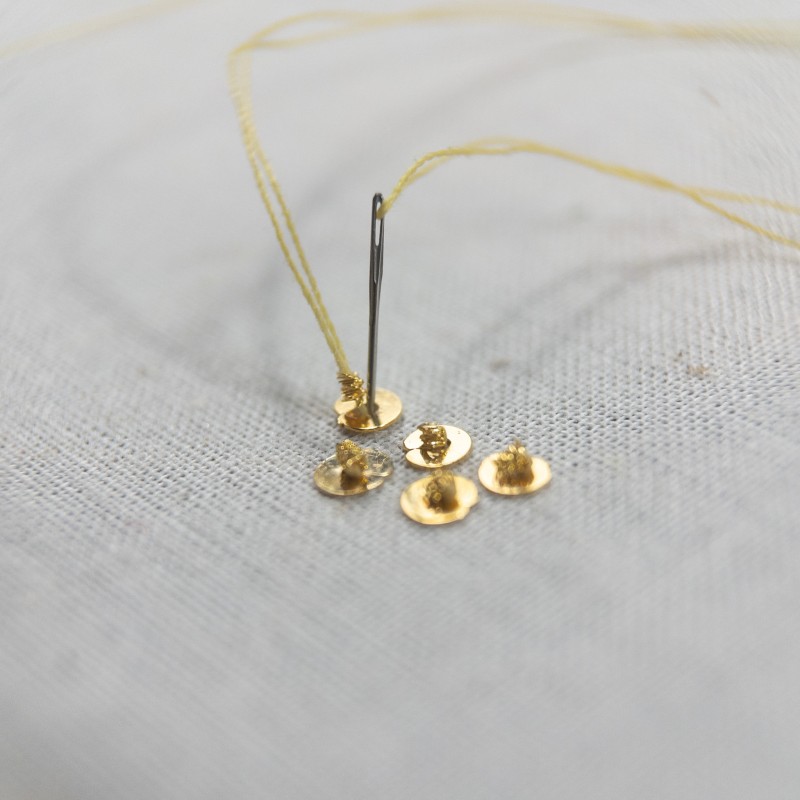 leaving the purl chip on top to hold the spangle in place.

Spangles held on with purls