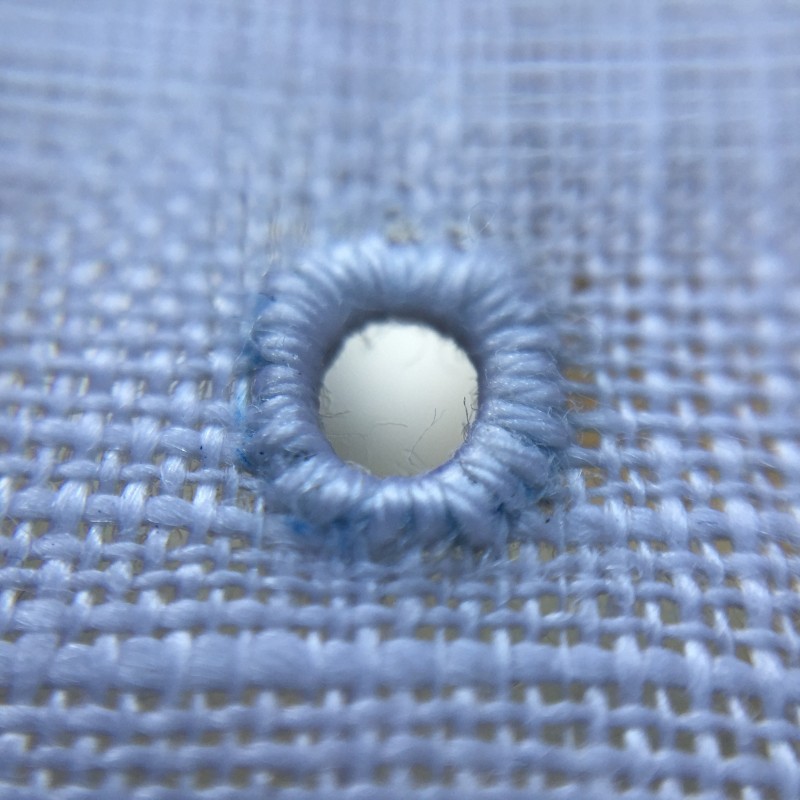 ​A small round hole is made by pushing the threads of the fabric apart (rather than by cutting it) and then stitching over the edge of the eyelet to secure it.

Eyelets are used in various embroidery traditions, the earliest of which is Guimarães embroidery from Portugal which dates from the 10th century (although eyelets may be a later addition to the tradition).  They became more widely used in the 19th century when they were a feature of various forms of whitework: Madeira embroidery, Wallachian embroidery (exhibited at the Great Exhibition in London in 1851), and Ayrshire work (although some Ayrshire work eyelets may have been executed in ladder stitch) and most notably Broderie Anglaise which featured eyelets of varying sizes.

Eyelets are traditionally used on men’s caps in Oman , and in Aleppo, Syria on garments embroidered by women for their future husbands.

There is a limit to the eyelet diameter of about 5mm using this method. 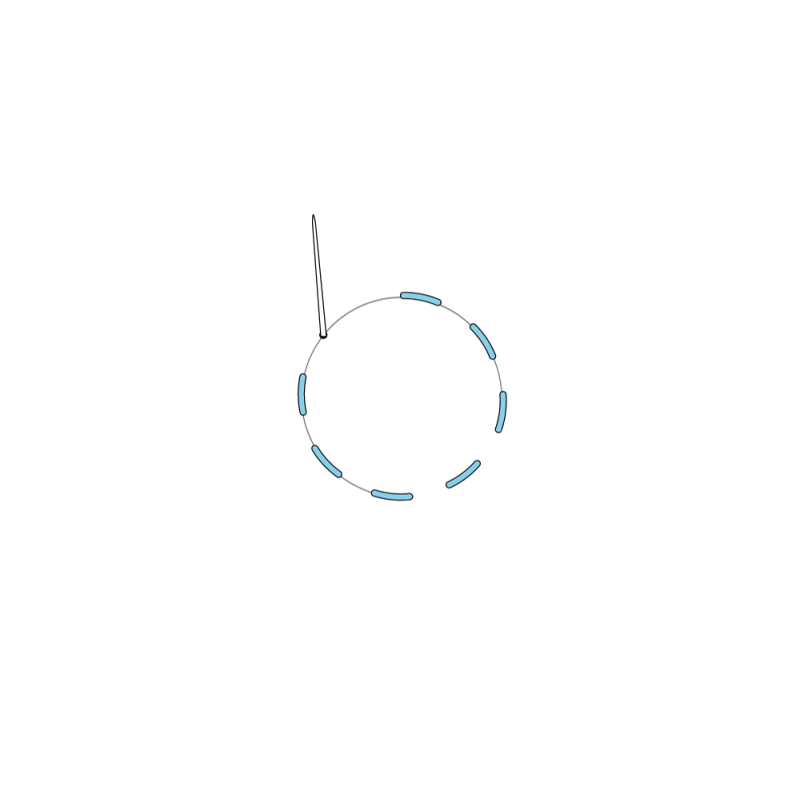 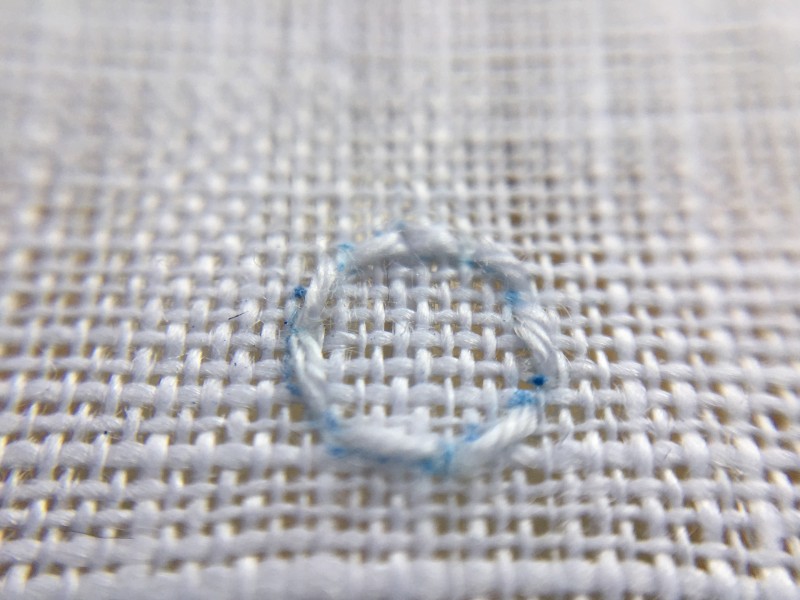 Start with a couple of holding stitches, then work a ring of running stitch the desired size of the eyelet. The stitches should be about 2mm long. A single line of running stitch may be enough on fine fabric, but on coarse fabric double running stitch is more secure; work back round to fill the gaps. 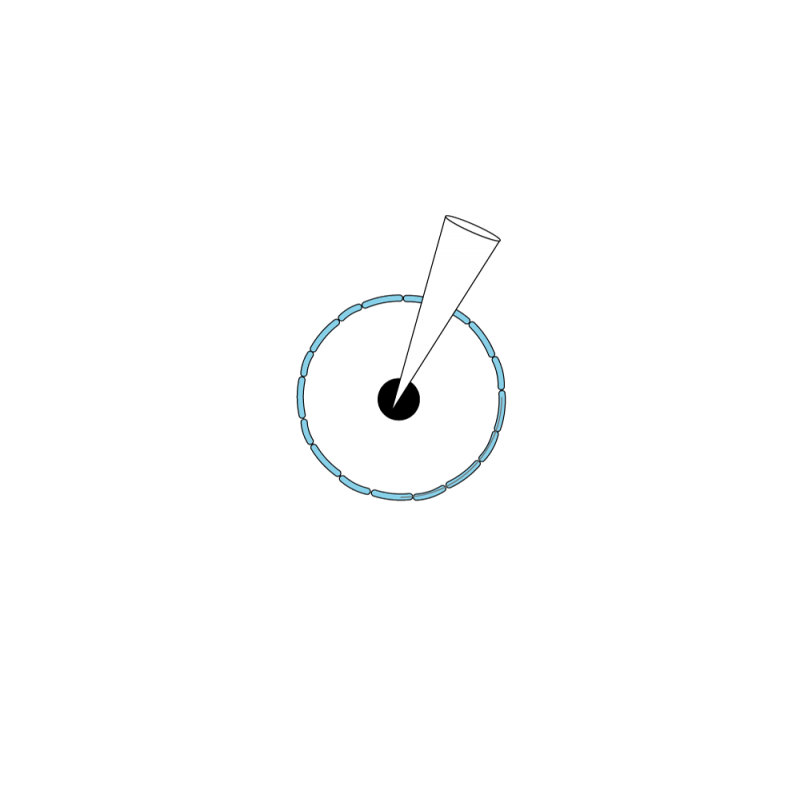 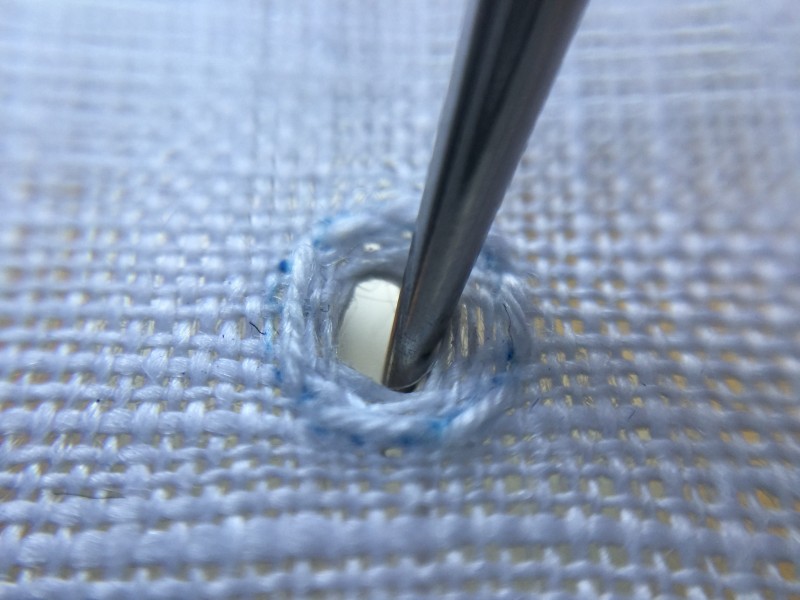 Push the tip of a stiletto into the centre of the ring, twisting the stiletto to increase the size of the hole gradually. Then remove the stiletto from the hole while you stitch. 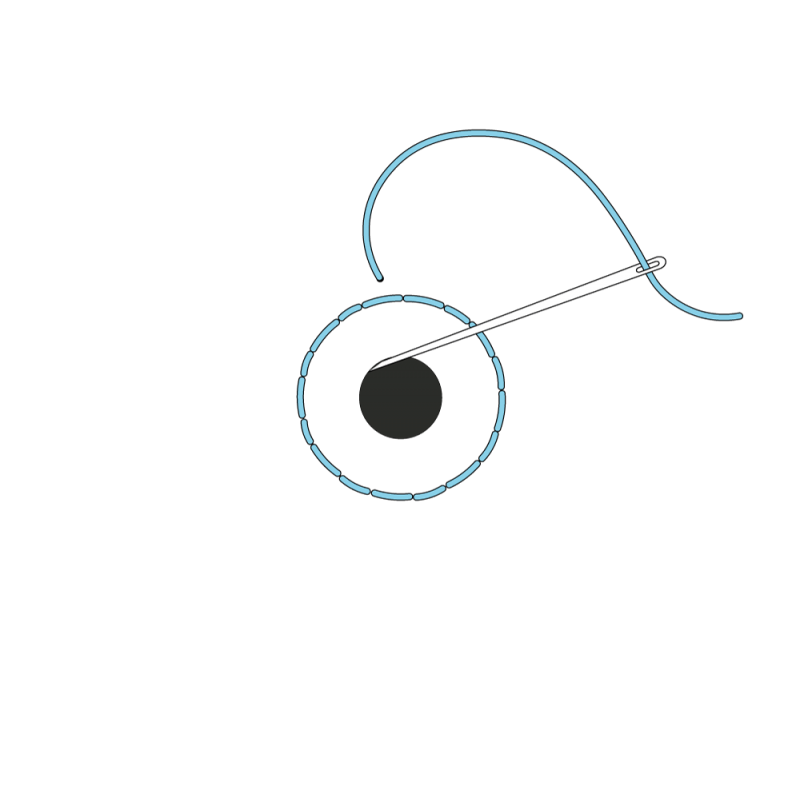 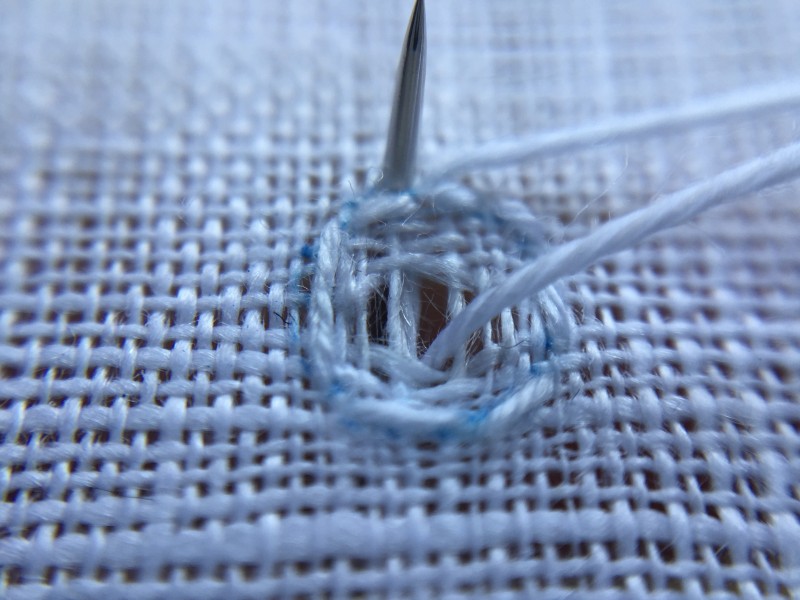 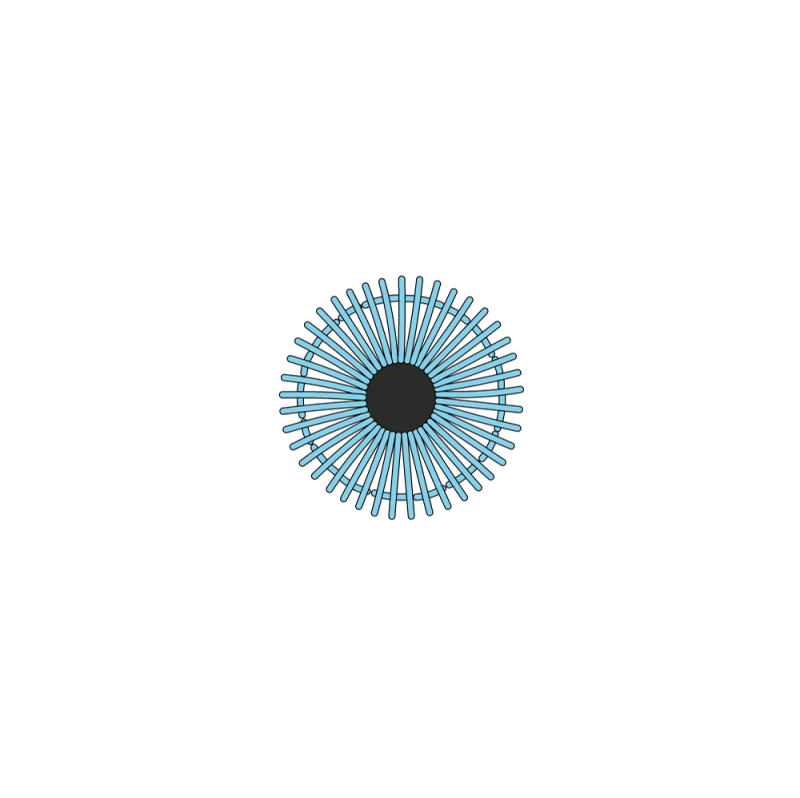 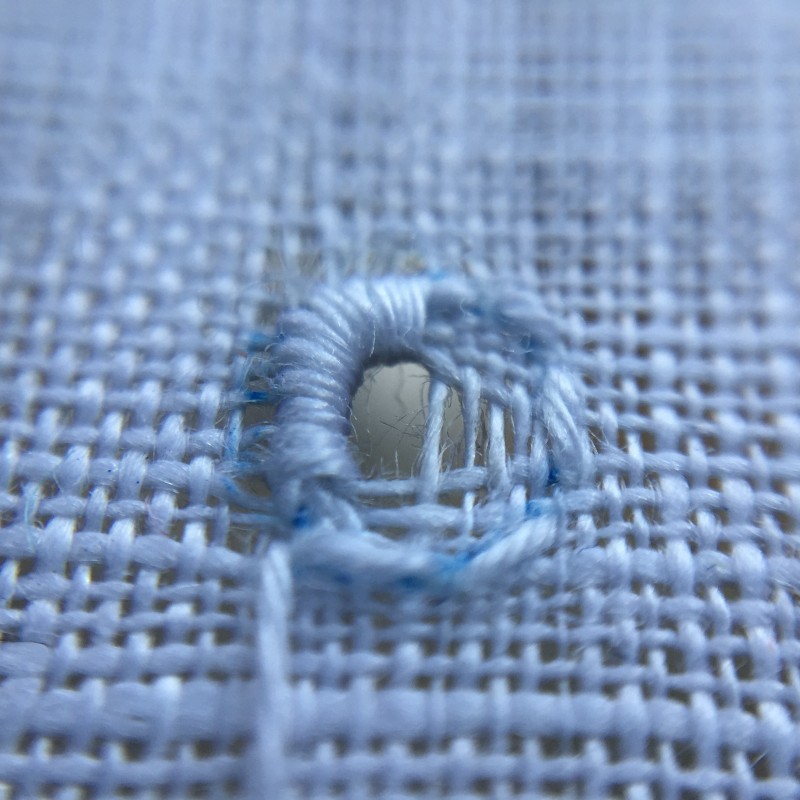 Repeat all the way around the eyelet, using the stiletto from time to time to neaten the hole. 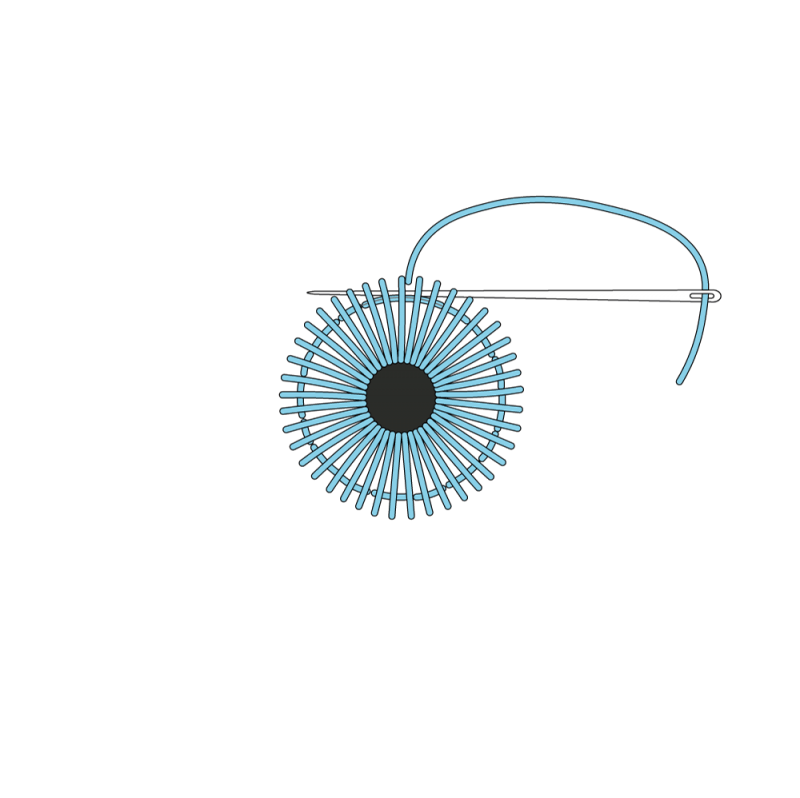 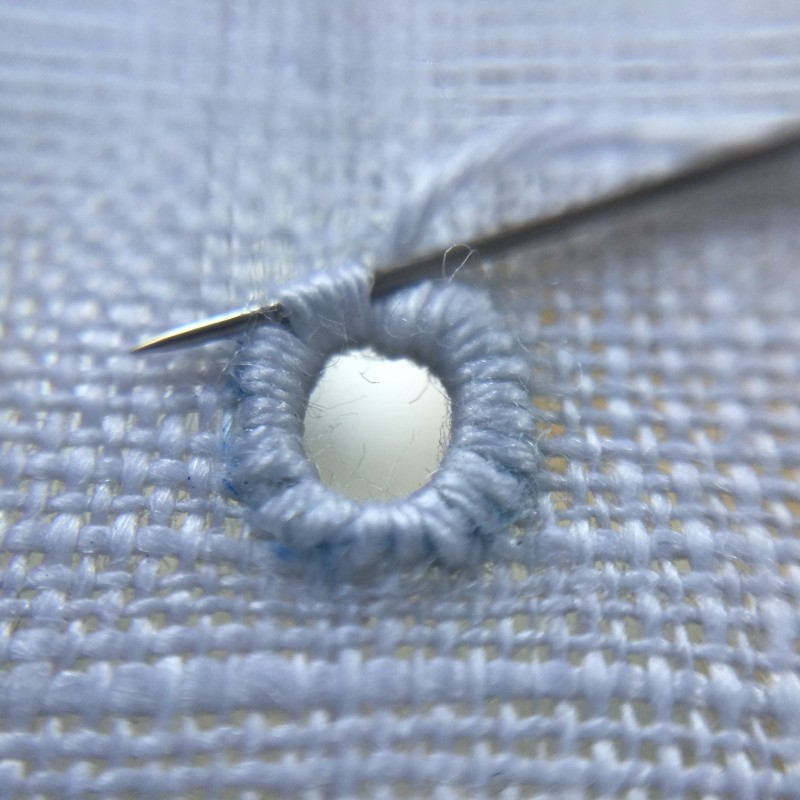 Once complete, run the needle under a few stitches on the back to finish it tidily (not shown in video - see illustration). 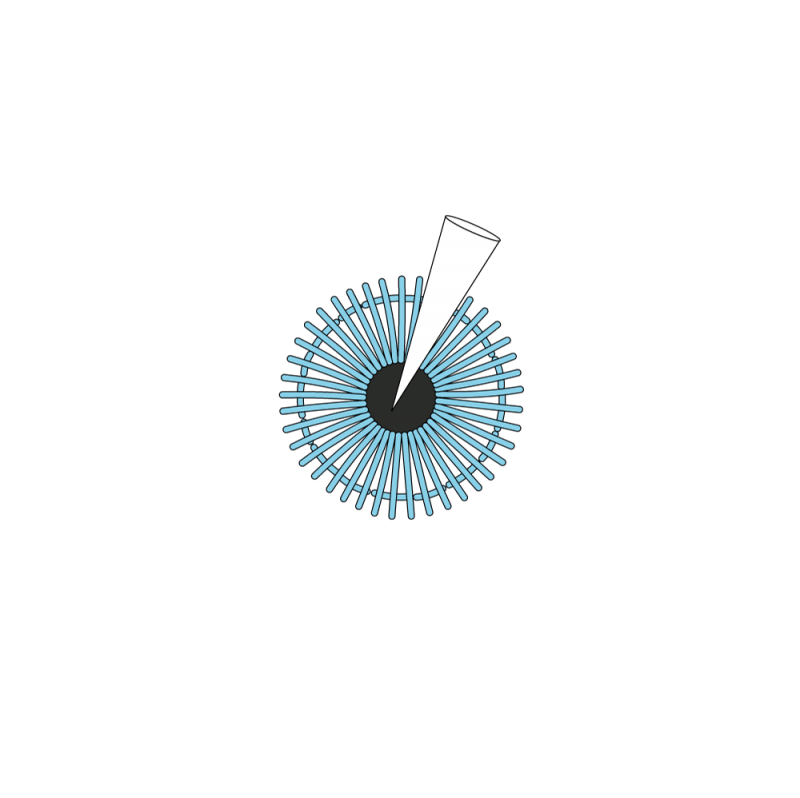 Then use the stiletto to make sure the hole looks round.

​A hole bordered by an overcast thread where the fabric has been pulled apart by the thread to create the hole.