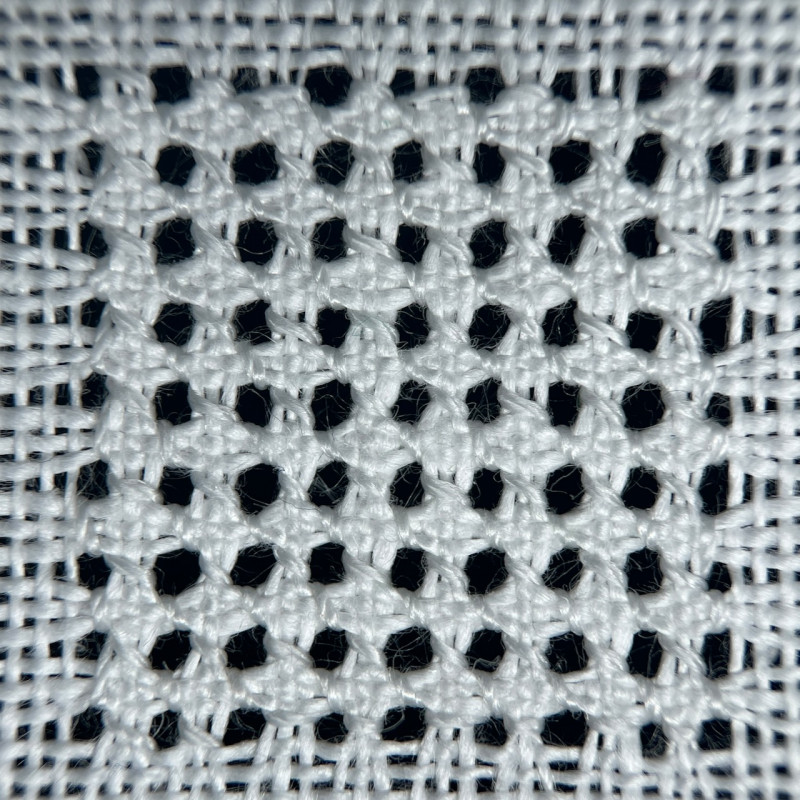 Single faggot stitch is a simple pulled thread stitch worked on the diagonal. It is the foundation for a variety of diagonal stitches.

Reversed faggot stitch (as the name suggests) is the same as the reverse of this stitch.

Multiple rows of this stitch have similarities with a diagonal version of four-sided stitch, although the reverse is different.  Some texts suggest they are the same stitch (hence the alternative name) but there are subtle differences in the direction of each component of the stitch.

N.B. Thérèse de Dillmont calls this ‘Third pattern’ in her Encyclopedia of Needlework. 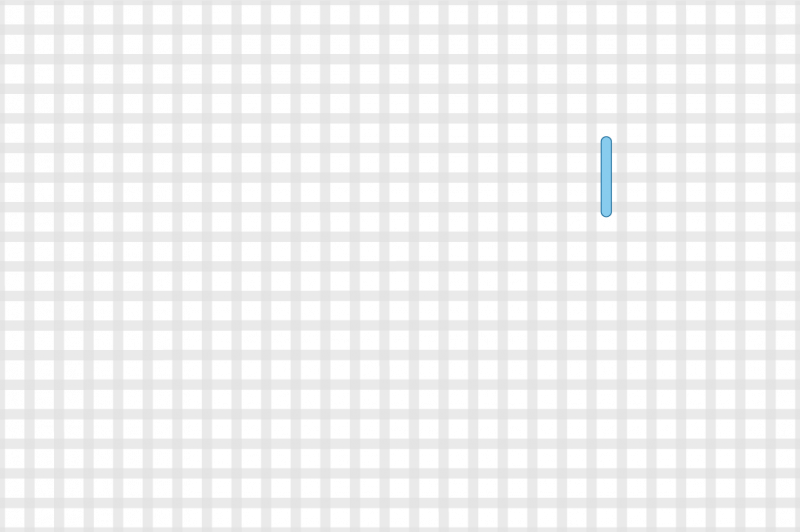 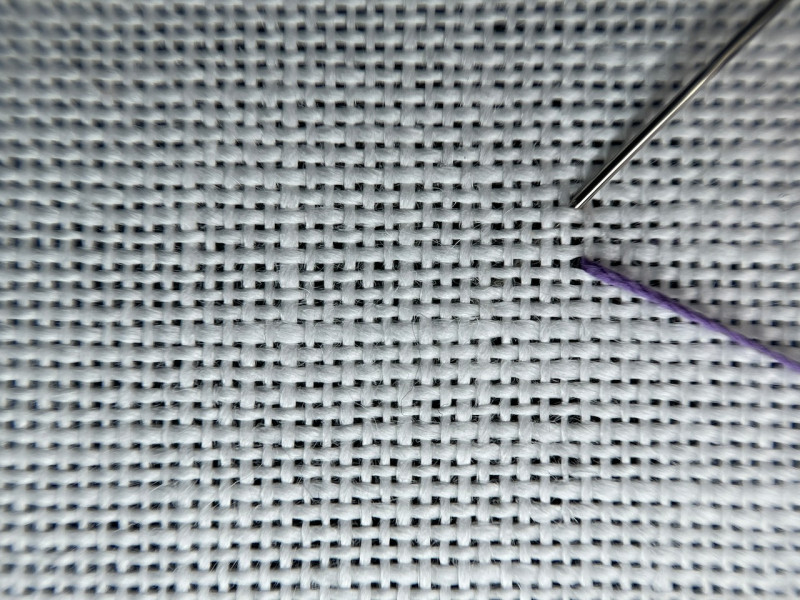 Bring the needle up just inside your outline. Make a vertical stitch up over three threads. 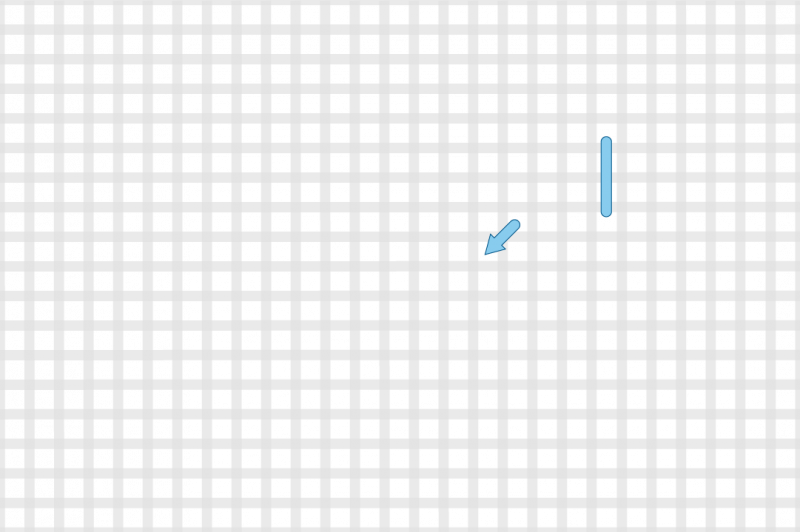 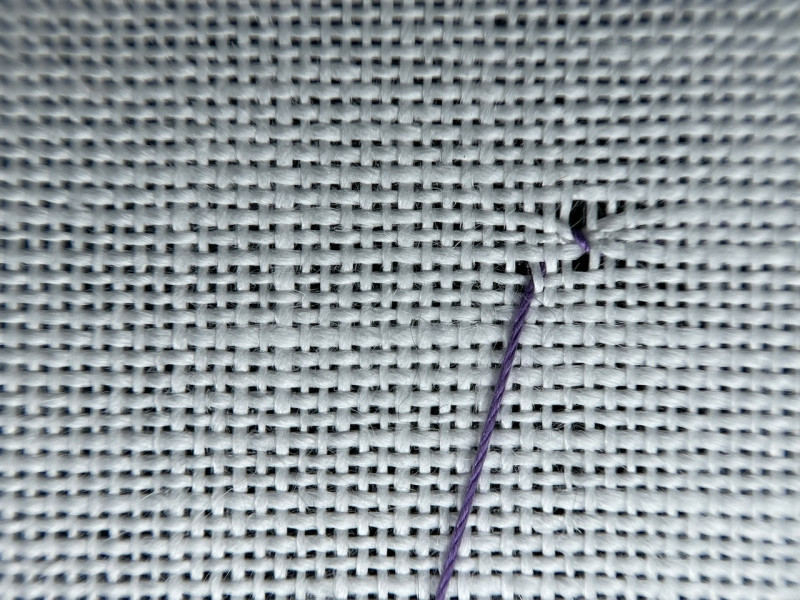 Count left three and down three, bring the needle up and pull. 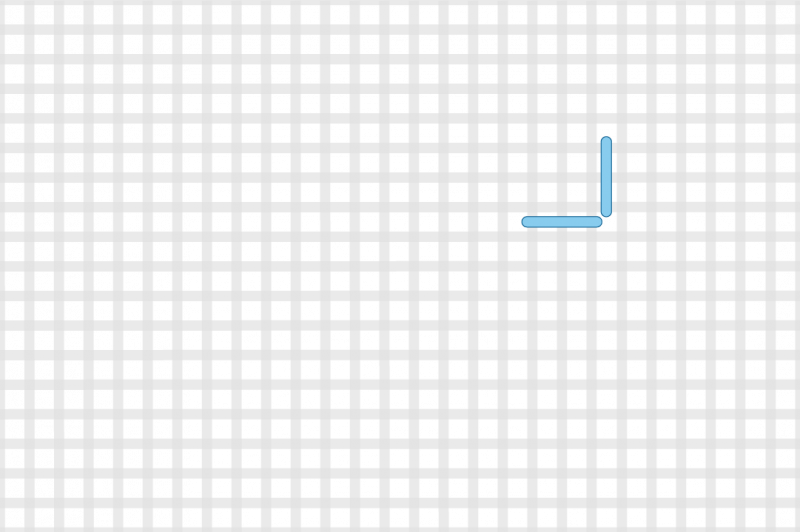 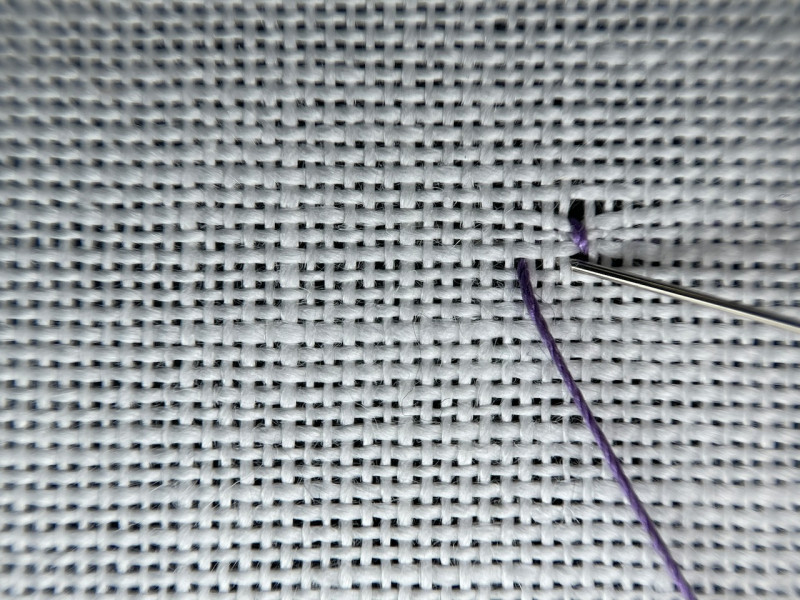 Make a horizontal stitch three to the right, back down into the first hole. 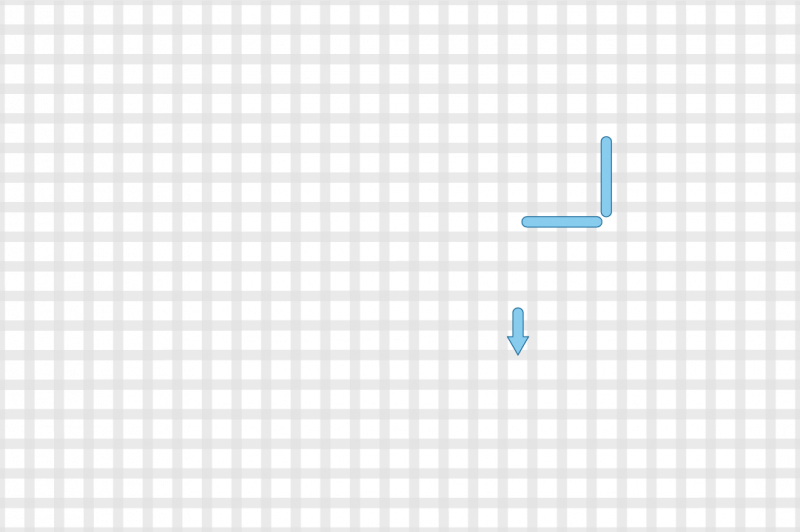 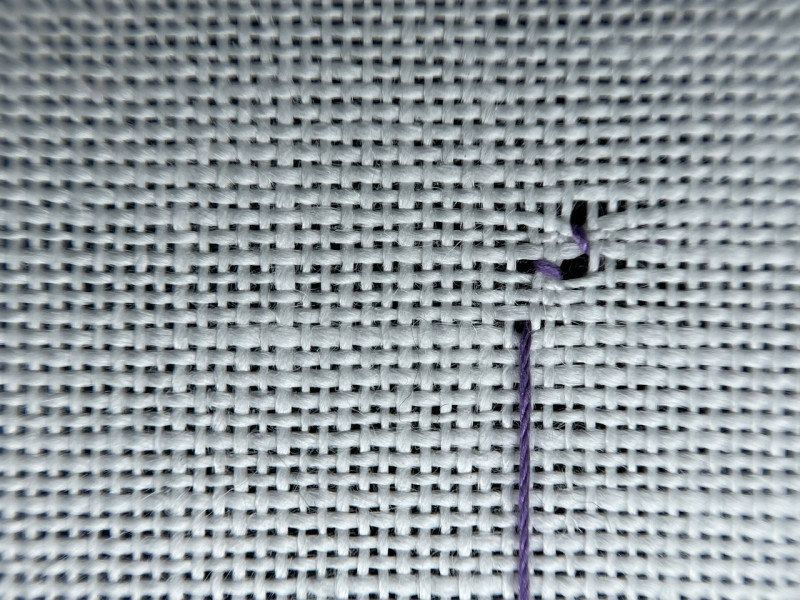 Count three left and three down, bring the needle up and pull. 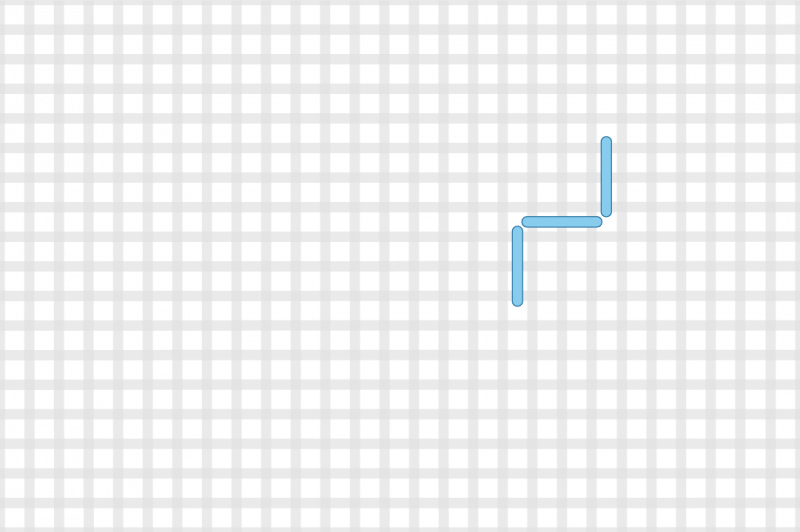 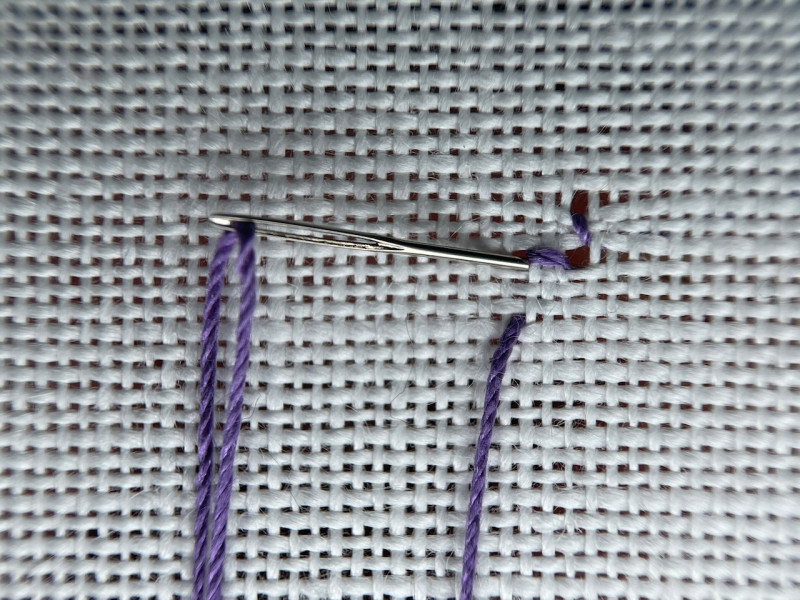 Make a vertical stitch up over three threads, into the previous hole. Repeat to complete the first row. 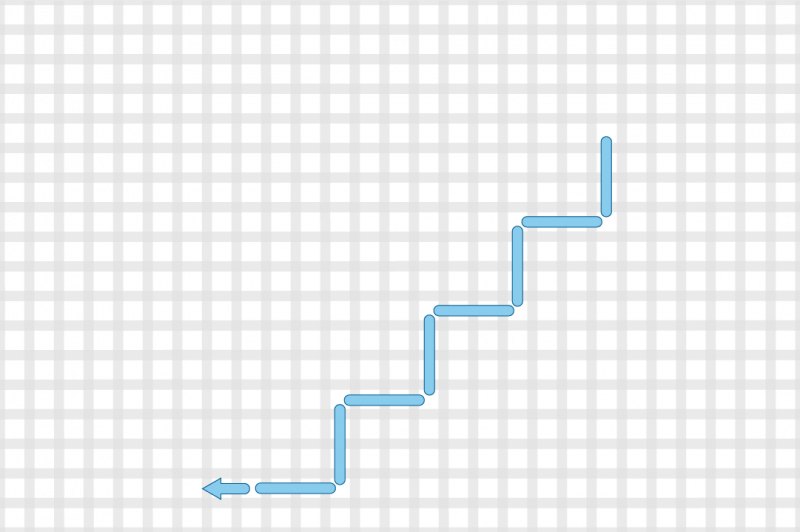 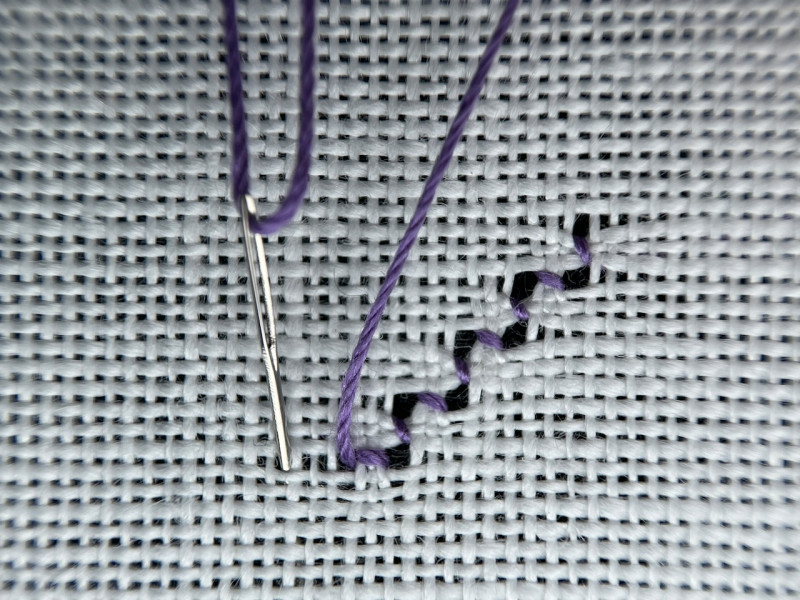 To begin the second row, bring the needle up through the last hole of the previous row and make a horizontal stitch over three threads to the left. 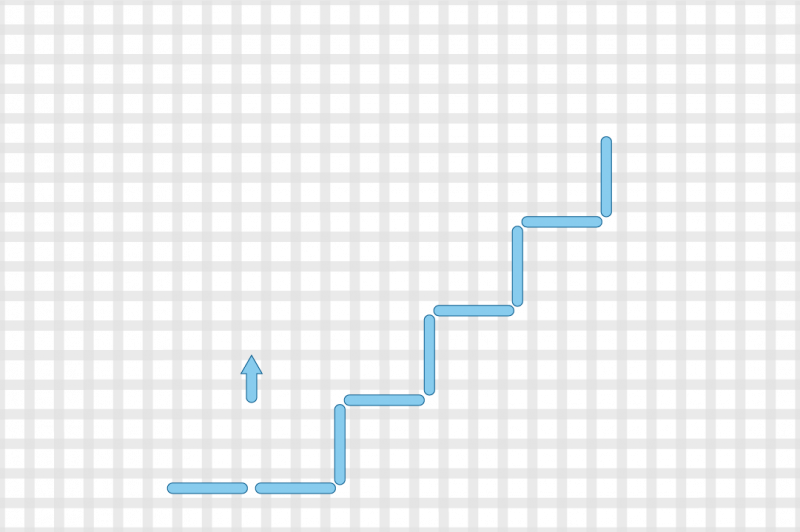 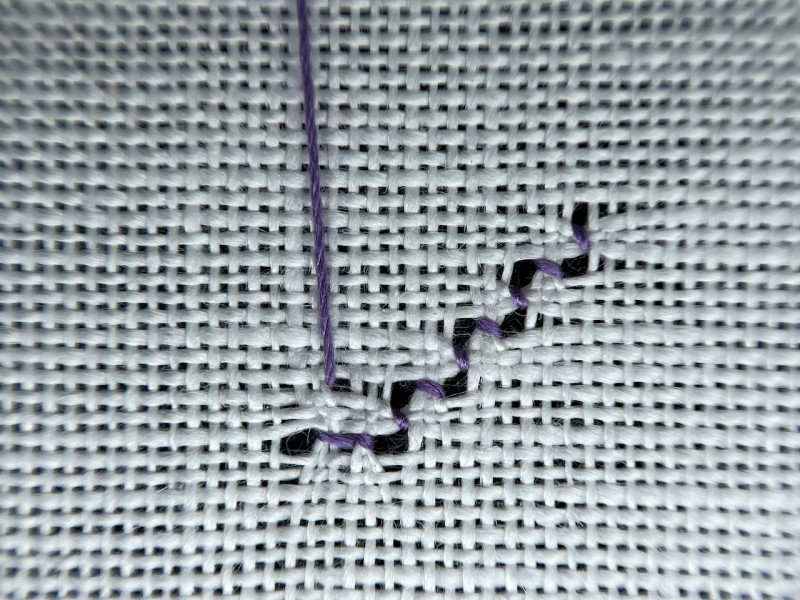 Count right three and up three, bring the needle up and pull. 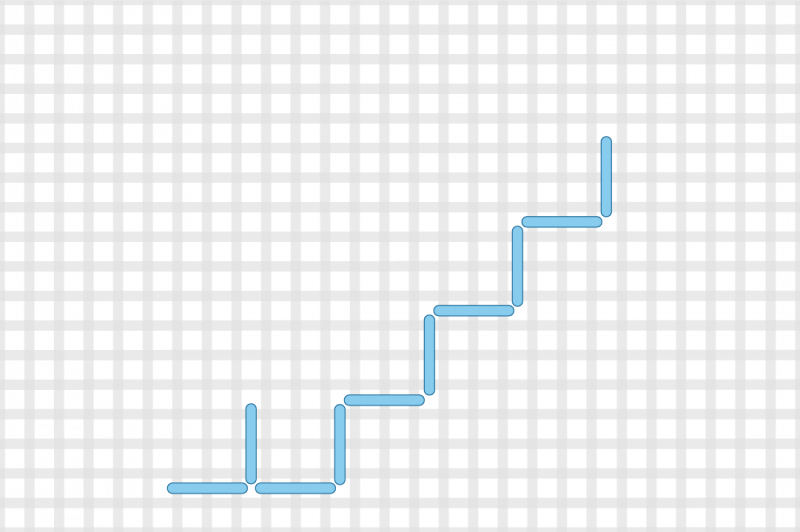 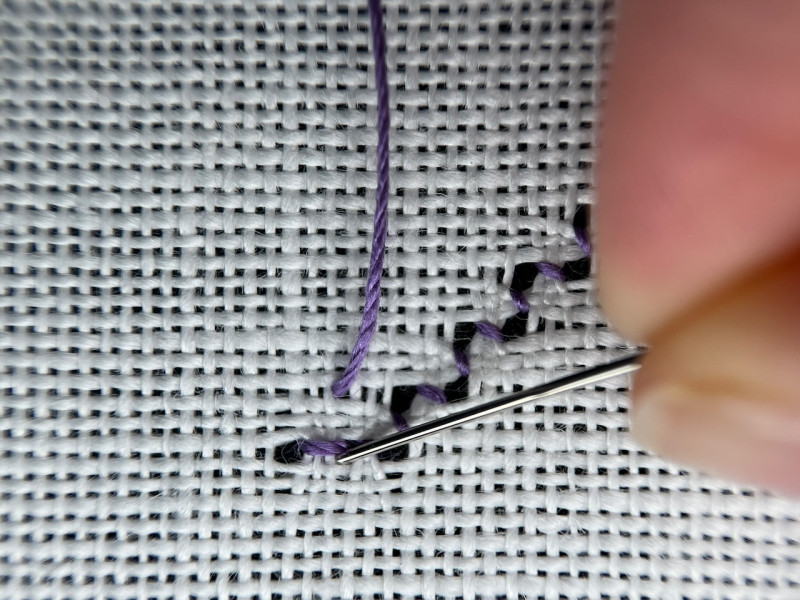 Make a vertical stitch down over three threads, into the hole of the previous row. Repeat to complete the row. 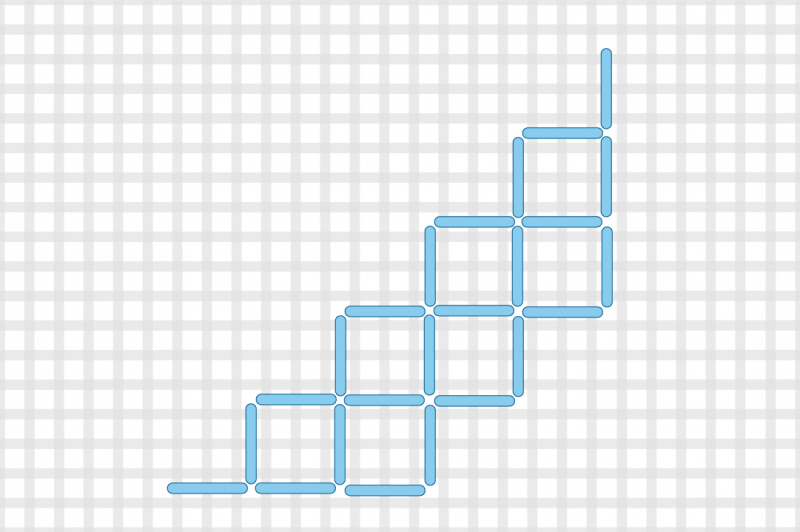 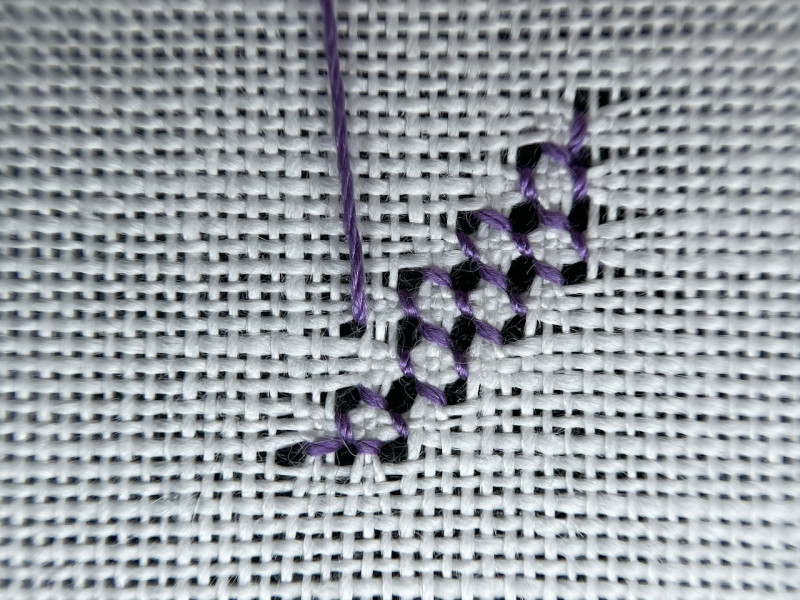