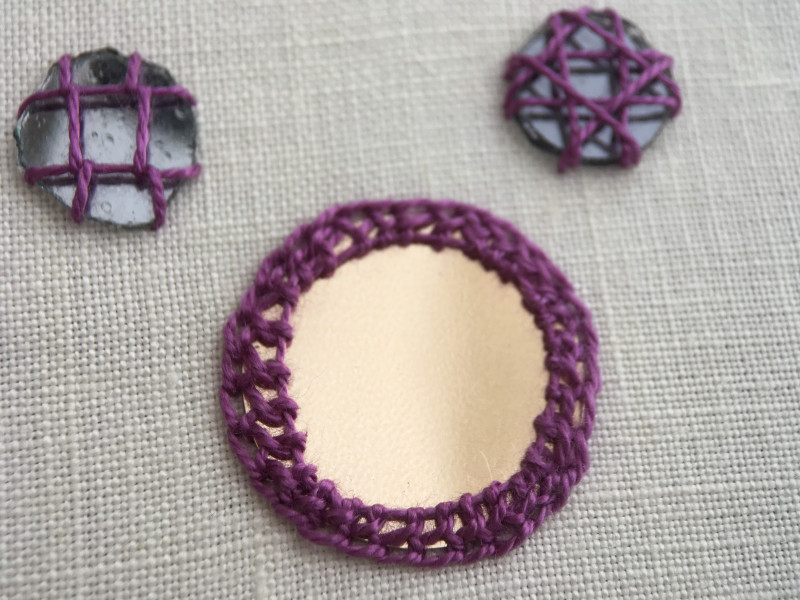 Shisha stitch is used to stitch small mirrors onto fabric.  It has two stages: the functional element which anchors the mirror firmly and provides a framework for the second, decorative, stage. Two different methods of anchoring the mirror are shown in the image on the left; the decorative element for this version consists of alternate buttonhole and chain stitches which form a decorative ring.

Shisha means glass or mirror in Persian and Hindi.  Mirrors have been used in embroidery across the Islamic world although they are especially noted in embroidery from north-west India to Afghanistan and in central and eastern Europe .  Pieces of mica (a shiny mineral) were used before the invention of glass and are still sometimes used especially in western Sumatra.

Mirrors were not merely viewed as decorative: their reflective properties are credited with deflecting evil spirits. Asian shisha work is normally embellished with other stitches, whereas in Hungary and Croatia woollen and leather garments featured mirrors alongside leather or wool motifs.

There are many ways to stitch down the mirrors and other flat objects such as coins, but you could use some glue if you wish to stabilise it before you start stitching.  It can also be used for objects which are not circular (although the foundation stitches may need to be adjusted).
In the method below, the foundation stitch on the top left in the image above is shown without using glue. 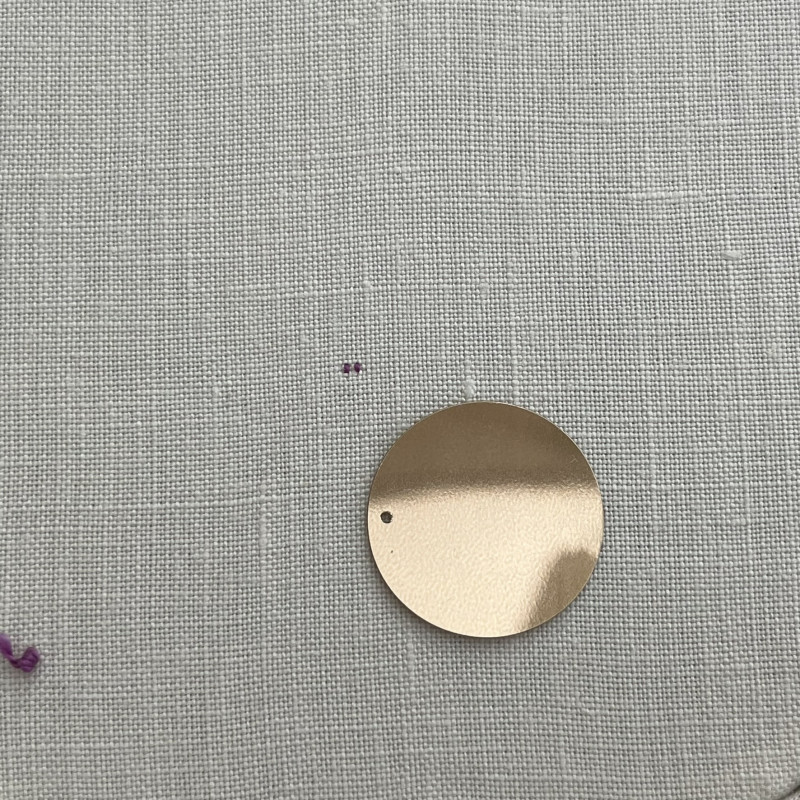 Start with a waste knot and make two tiny starting stitches, which will be covered with a circular disc or mirror. 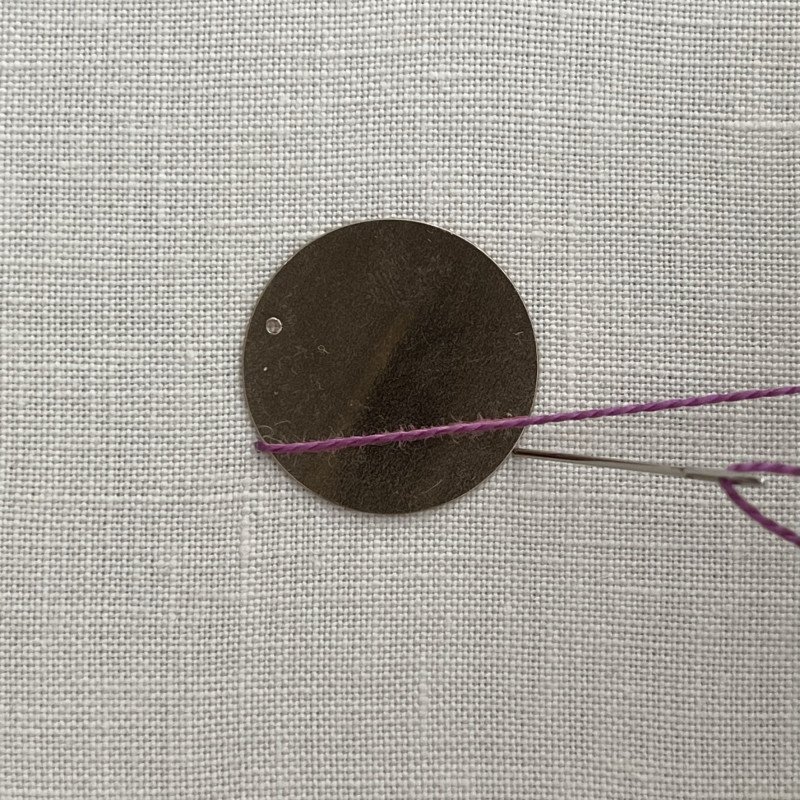 Bring the needle up at the lower left-hand edge and make a horizontal stitch, pulling your thread taut. 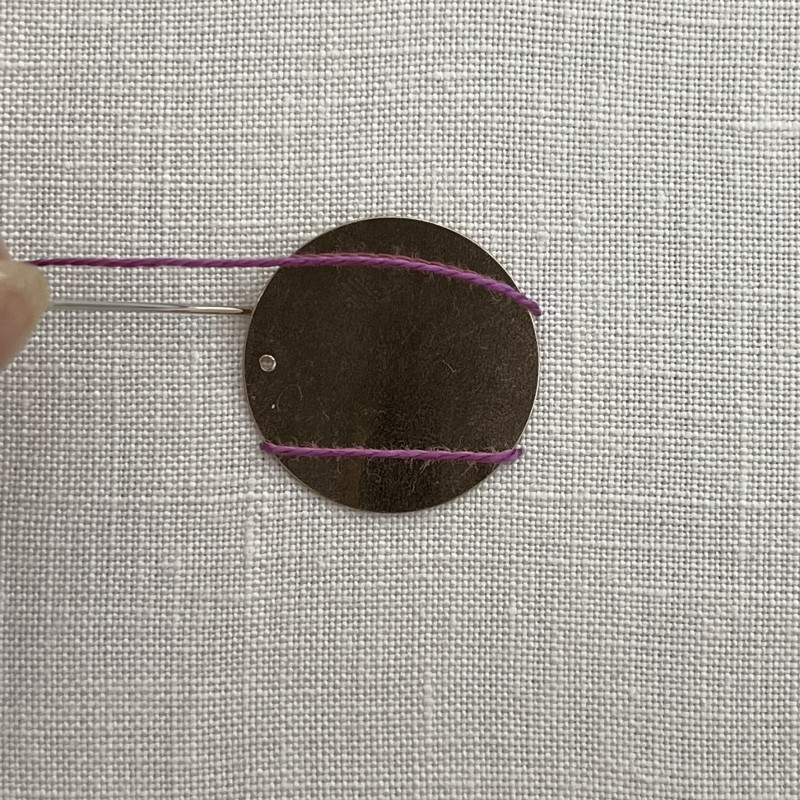 Come up at the upper right-hand edge and make another horizontal stitch. 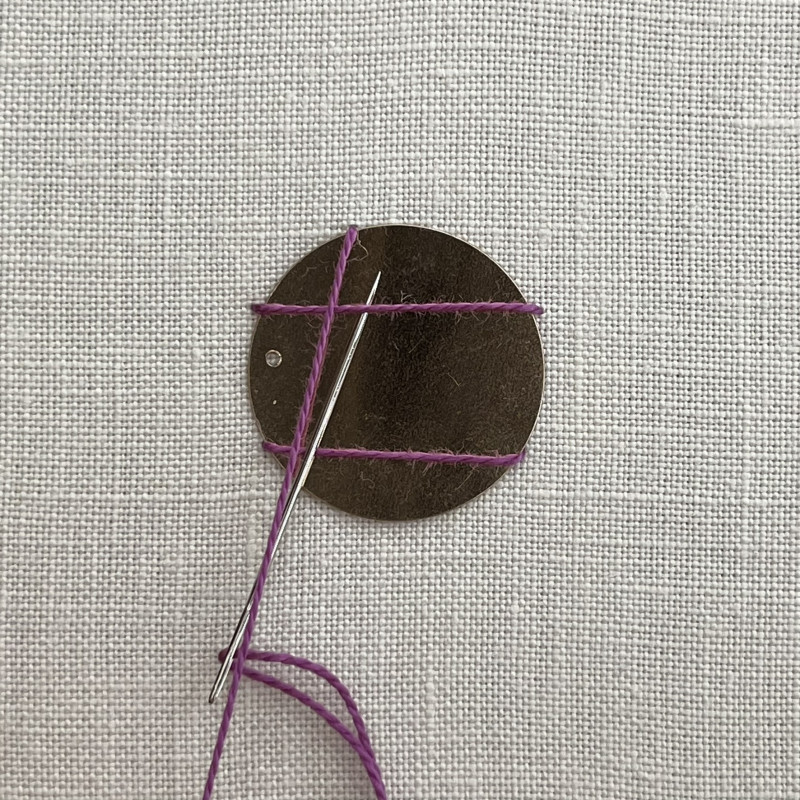 Come up at the upper left-hand edge to make a vertical stitch. Wrap the thread around first the upper horizonal stitch. 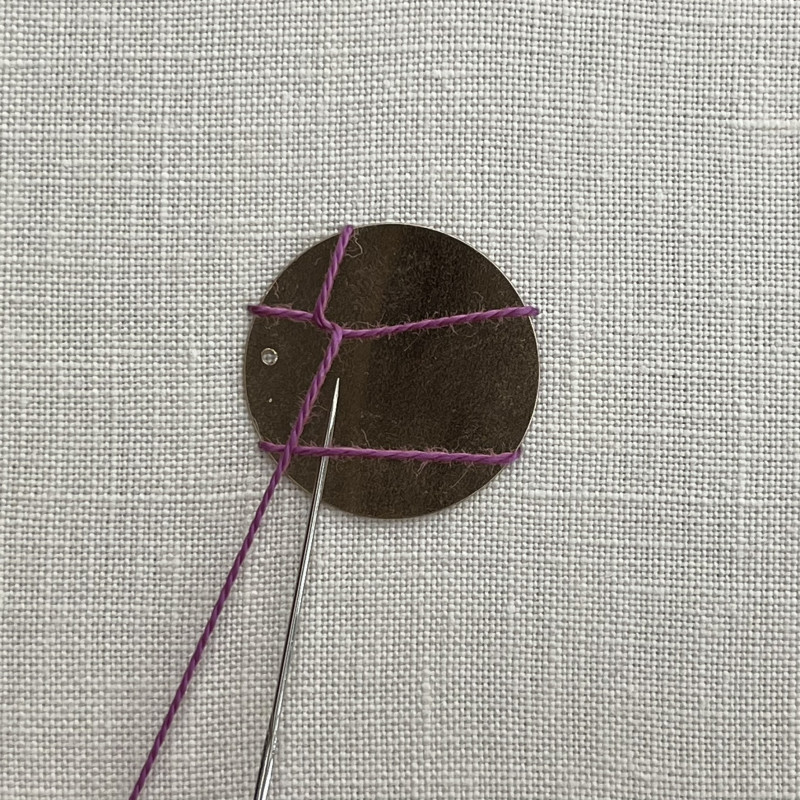 Then wrap it around the lower one. Take the needle down at the lower left-hand edge. 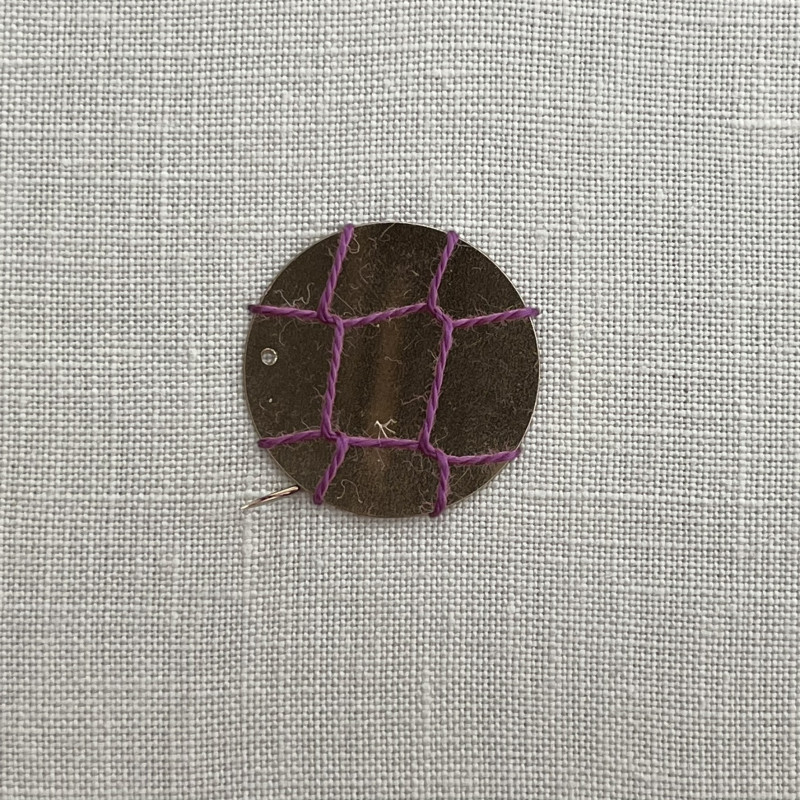 Repeat the process to work another vertical stitch on the right-hand side. This grid forms your foundation.
Now bring the needle up at the lower left-hand edge. 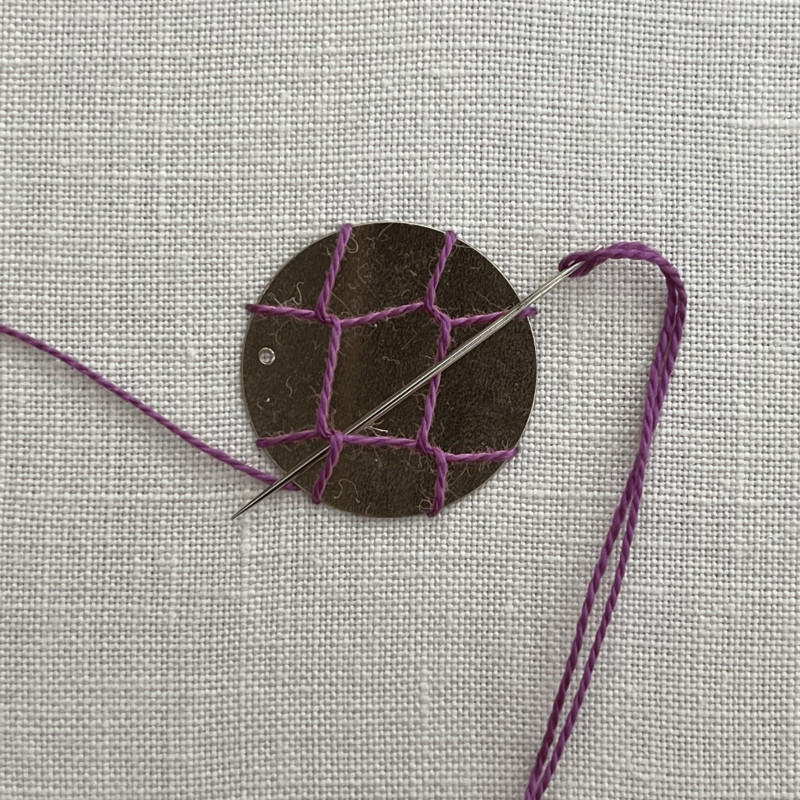 Take the needle under the lower left intersection of the foundation, keeping the thread to the left. 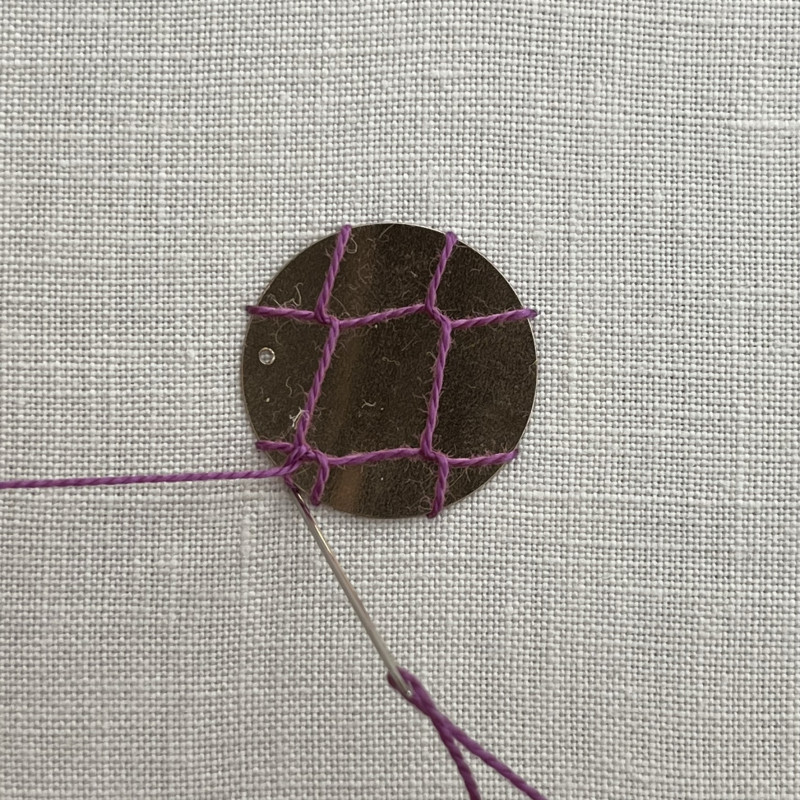 Take the needle down where you first emerged, keeping the thread to the left to make a loop. 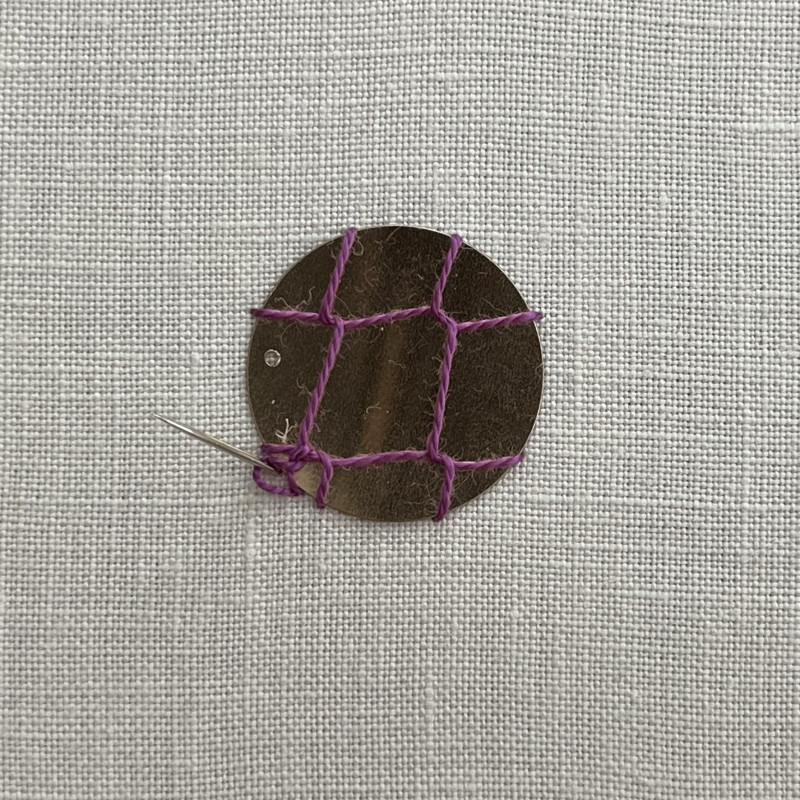 Bring the needle up inside the loop to make a chain stitch. The size of the chain stitch depends on how densely you wish to cover the mirror. 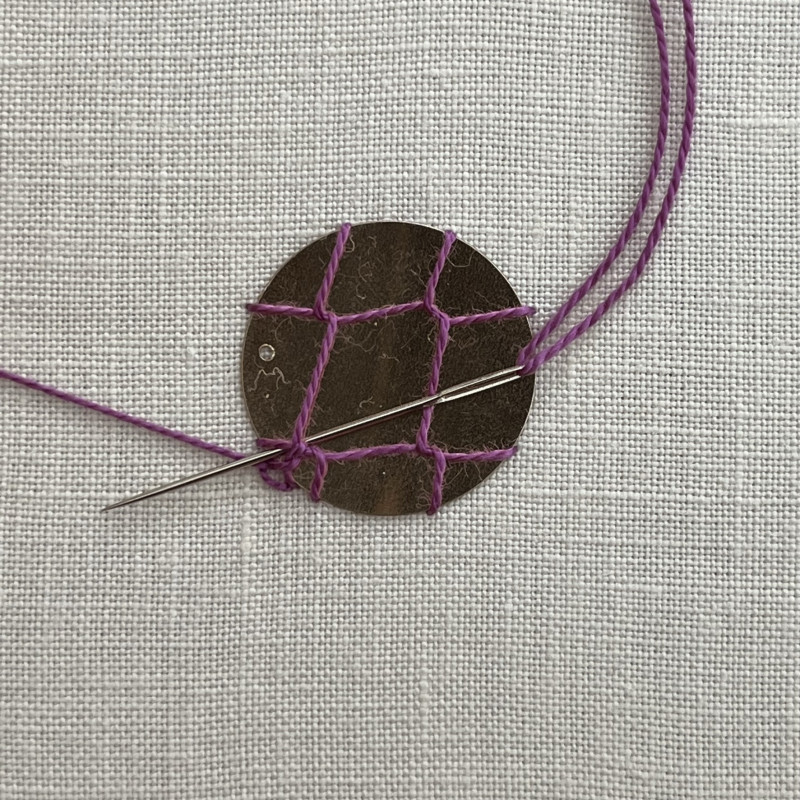 Repeat the process: take the needle under the grid foundation stitch, keeping the thread to the left. 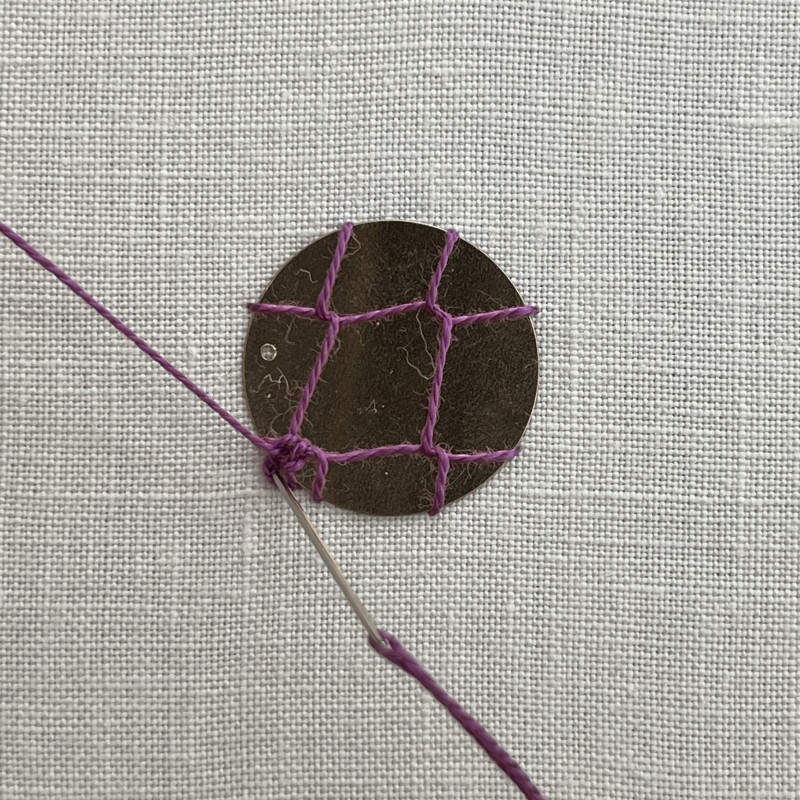 Take the needle down inside the previous chain stitch and bring it up to make another chain stitch. 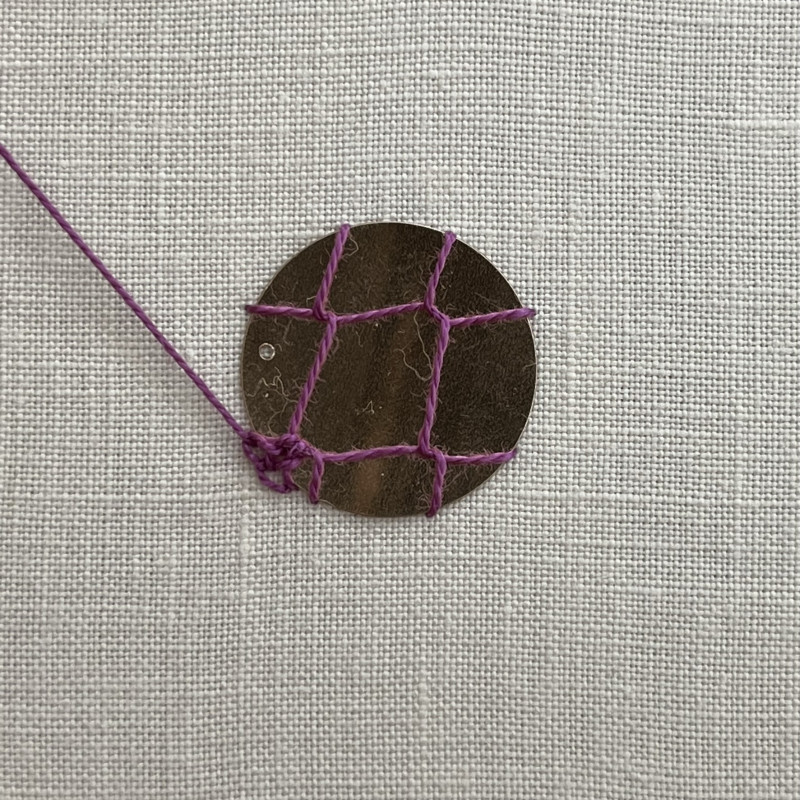 Continue working around the mirror. 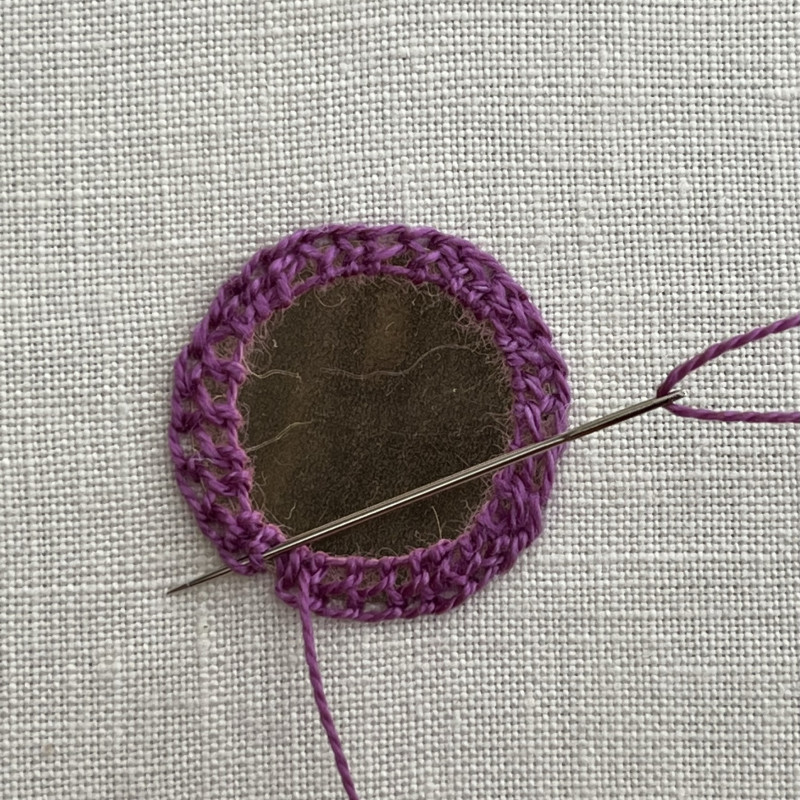 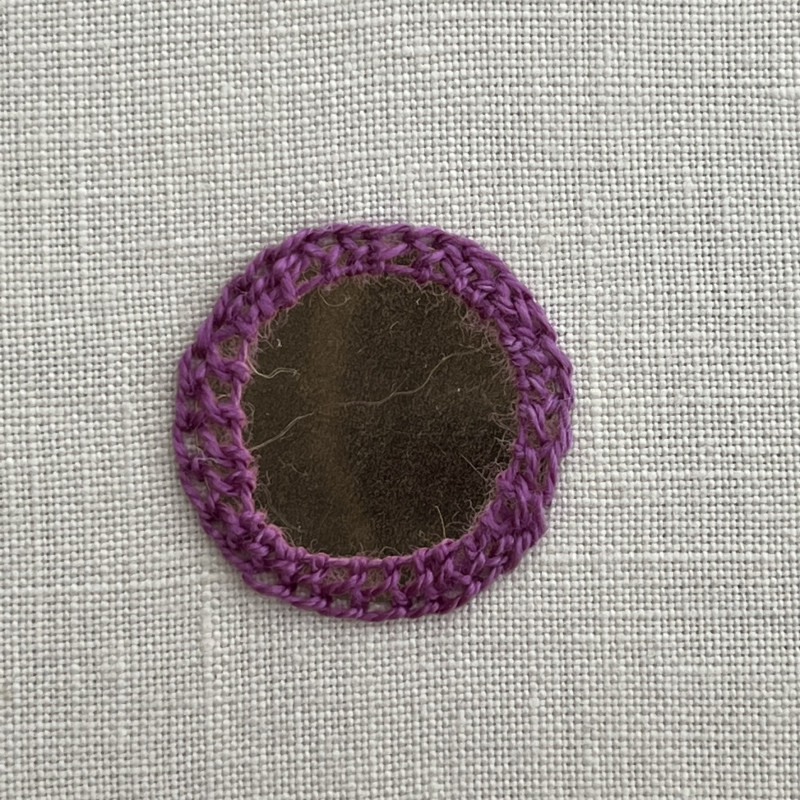 Finish off the thread on the reverse, catching some stitches to secure the thread.