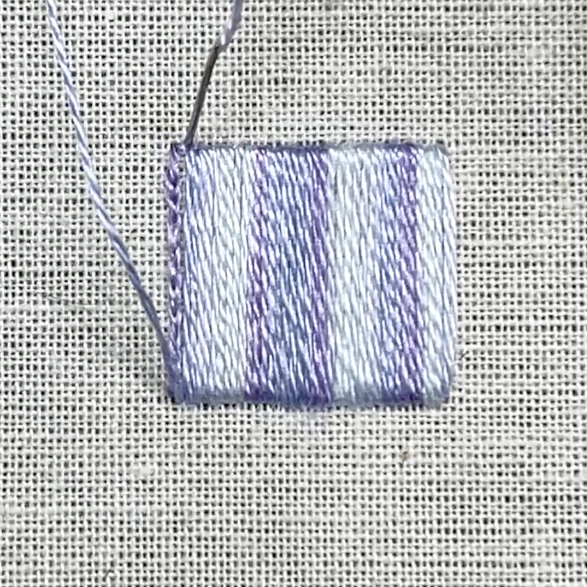 ​A series of straight stitches worked parallel to one another to produce a smooth solid filling.

The earliest evidence of satin stitch is from Dunhuang in China, dated to the second half of the 1st century AD.  By the start of the 2nd millennium in China it was the predominant stitch and it has retained a central role in Chinese embroidery.

It has been part of the tradition of (predominantly European) whitework since at the least the 12th century: firstly within Opus Teutonicum, and then later Dresden, Ayrshire, Schwalm, Hedebo/Baldyring, Hardanger and shadow work.

More widely it was used in Opus Anglicanum; in Khaarek embroidery from Kutch in western India; 19th century Chinai work (Chinese-influenced embroidery in India); in Sozni embroidery from Kashmir which creates the same design on both sides of the fabric; in Sweden using shaded wools; and in Hungarian Virágozás which decorates animal fleeces with silk thread. 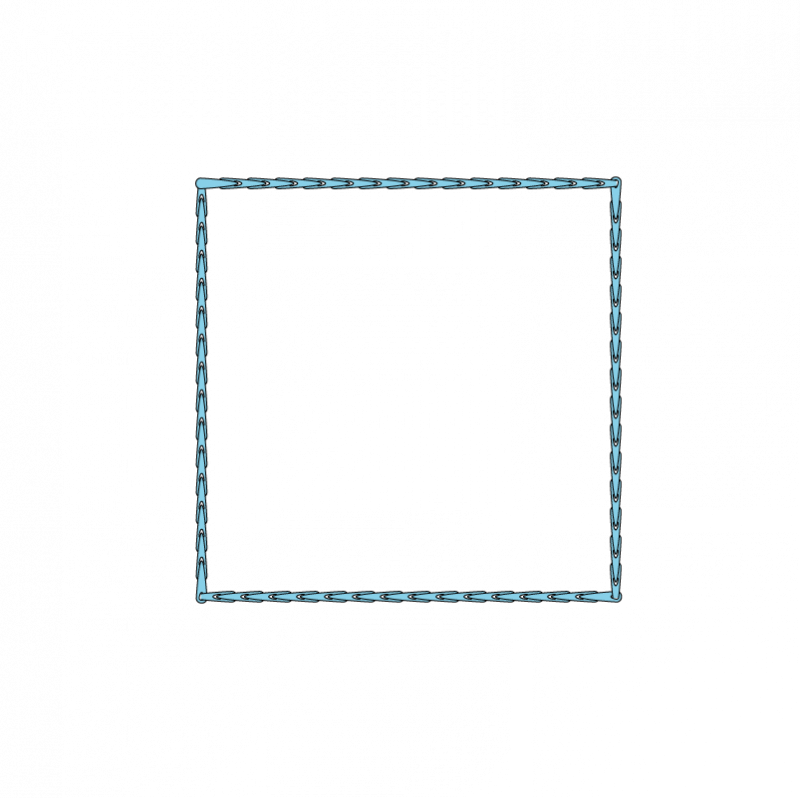 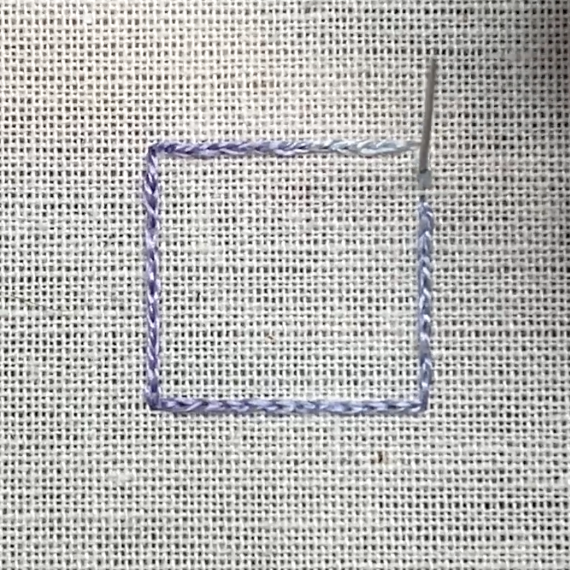 To achieve a crisp neat edge, complete a split stitch outline on the shape to be filled (optional).  Your stitches should be approximately 3mm long. 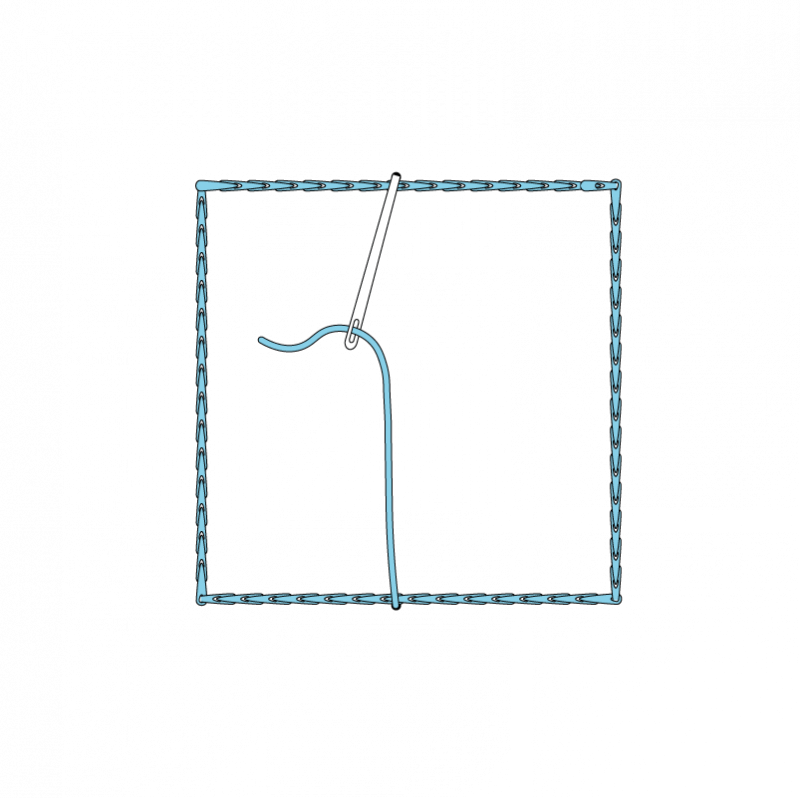 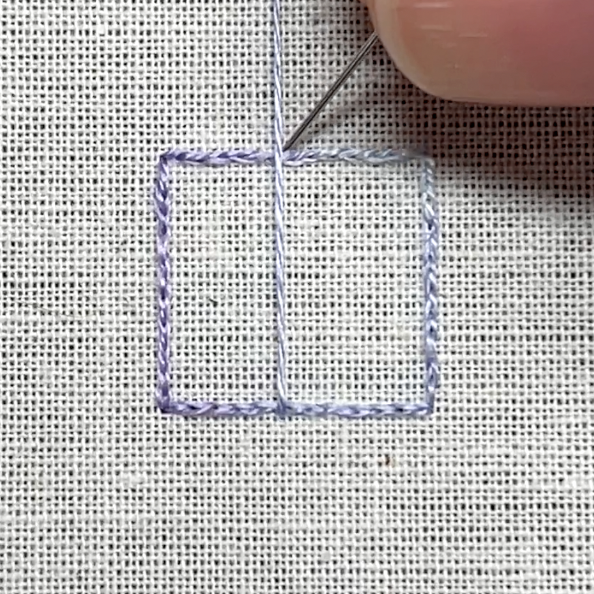 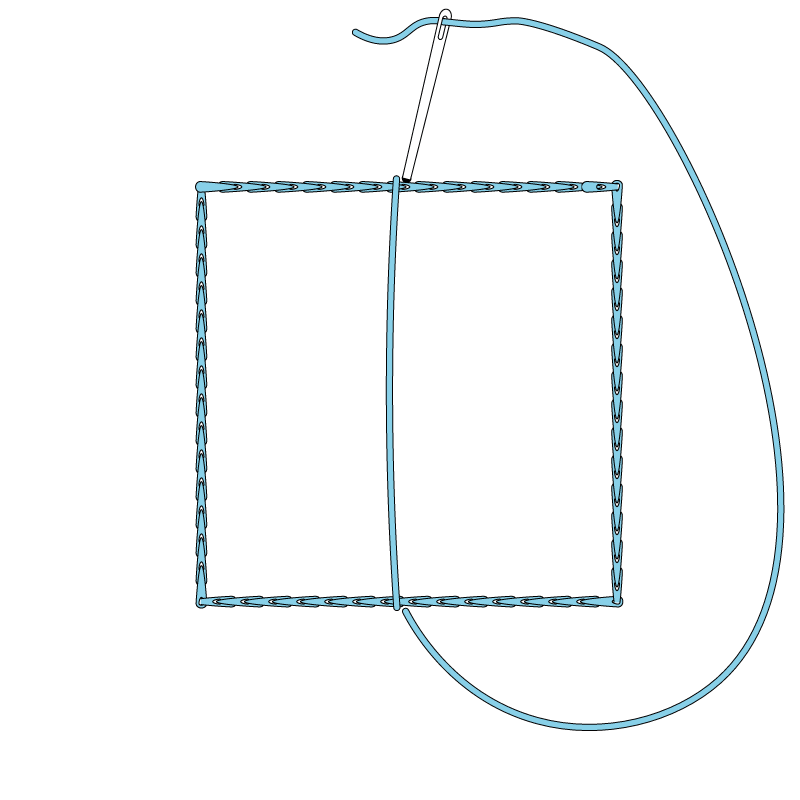 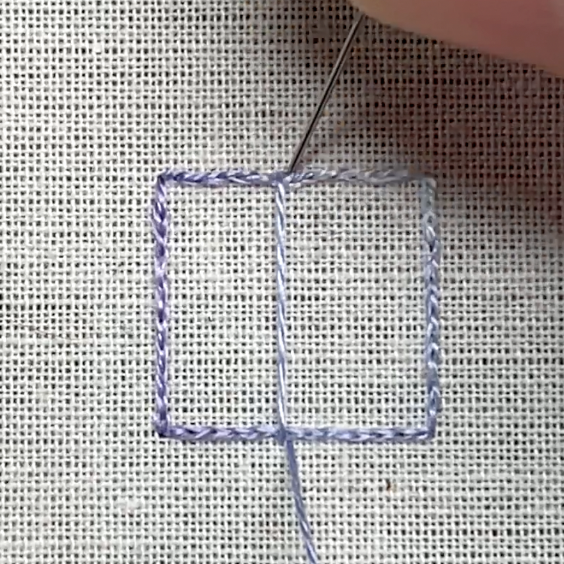 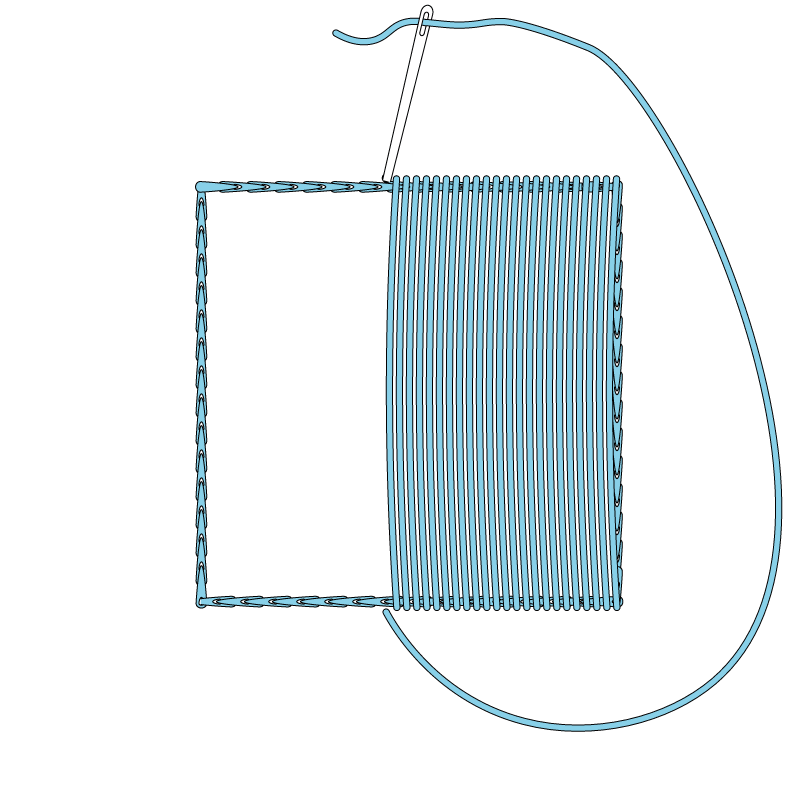 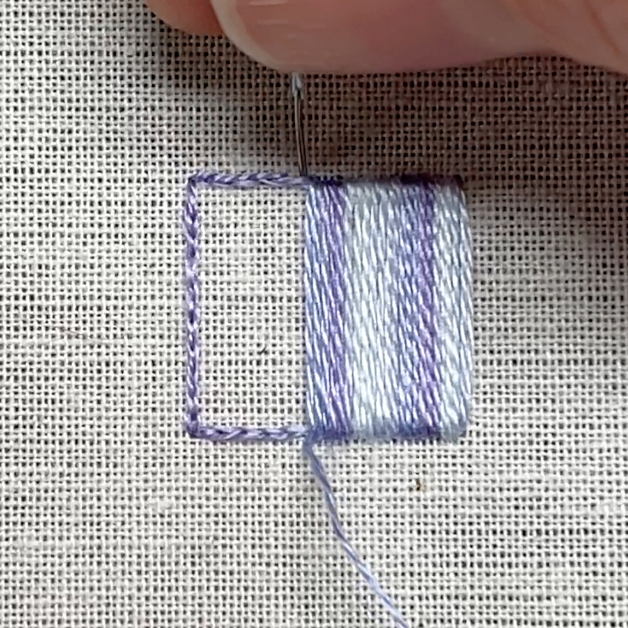 Then begin again in the middle. This time bring the needle up on the other side of the shape, and angle the needle towards the previous stitch as before. 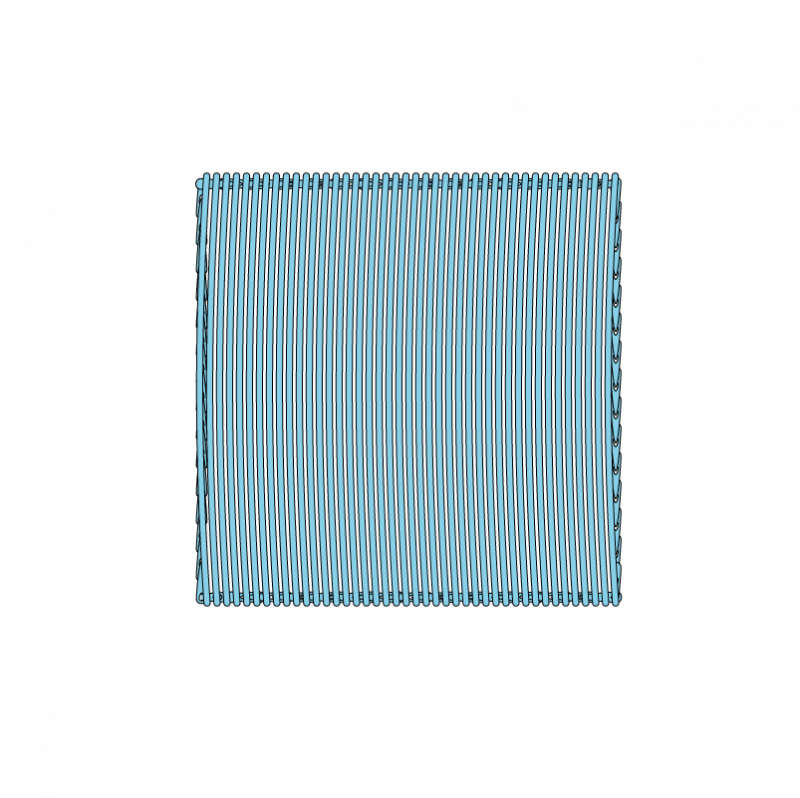 Continue to fill the other side of the shape.

A satin stitch will have a split stitch outline hidden under the edge of the smooth parallel surface stitches. The split stitch edge is to help ensure a crisp outline which acts as a foundation wall and prevents nibbled edges. 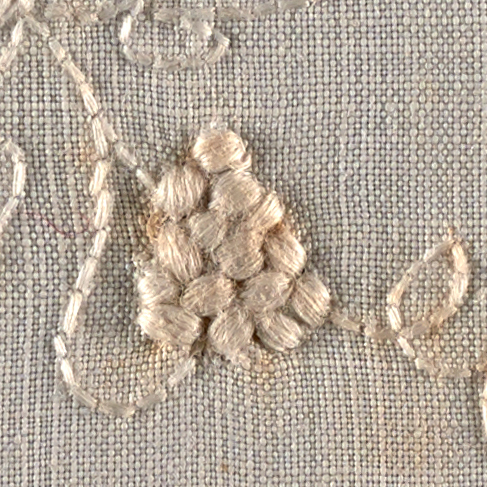 The grapes are sections of satin stitch. 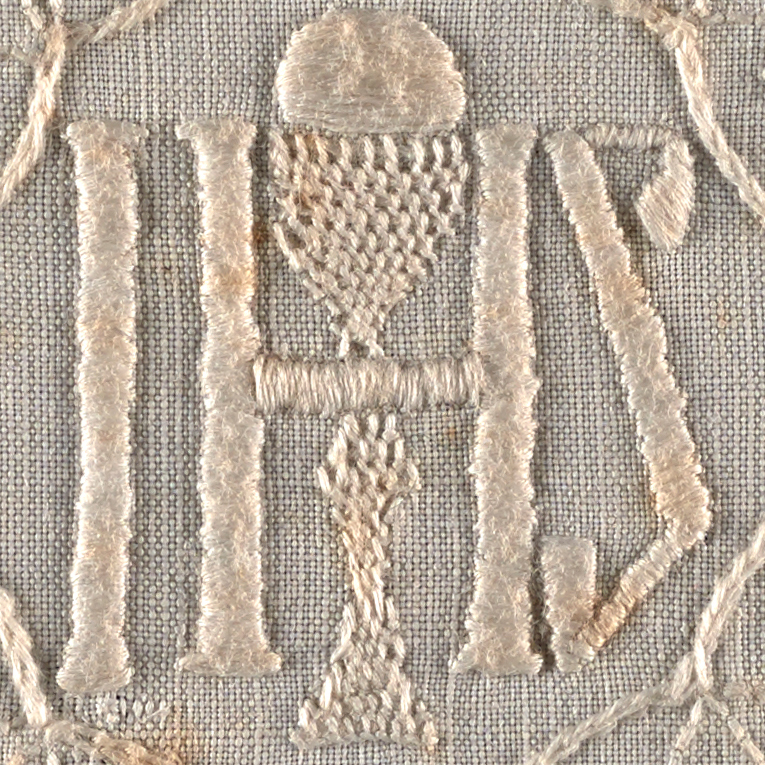 The central letters IHS are in satin stitch.