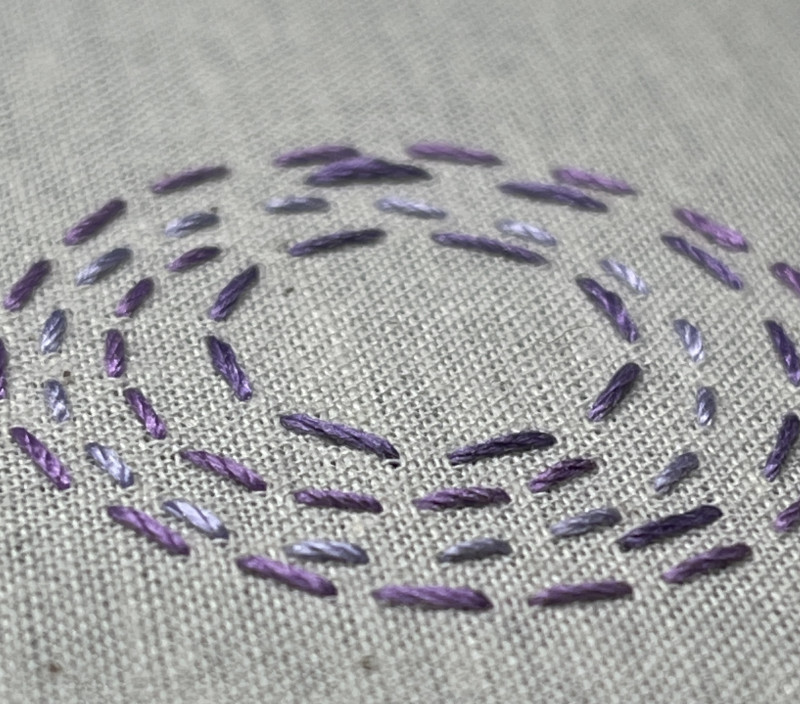 Running stitch has many uses, such as gathering, quilting, outlining, reinforcement for cutwork as well as the base for other stitches.

Some of these traditions (particularly Sashiko and Kantha) blur the line between embroidery and quilting as they normally use multiple layers of cloth, and the running stitch has a dual purpose of holding the layers together and a decorative function.

N.B. some older embroidery books refer to ‘running a thread’ - this normally means to work a line of running stitch. 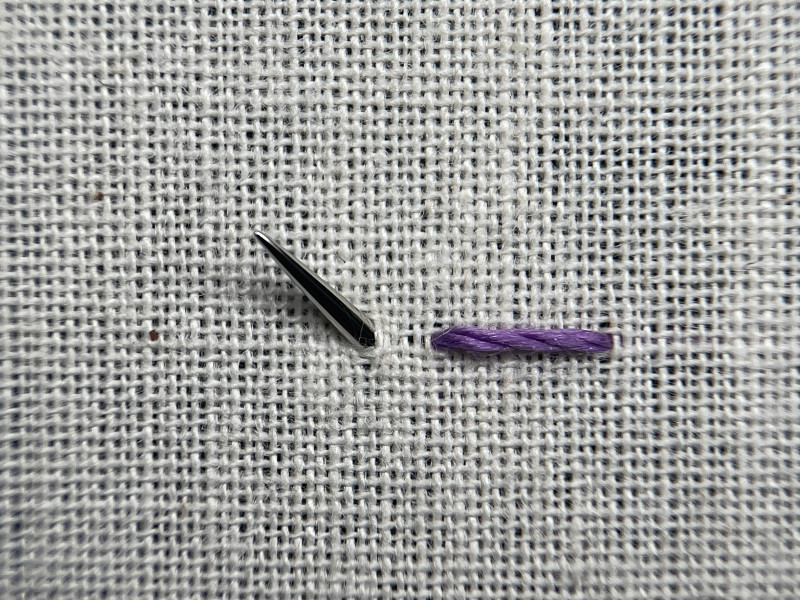 Decide on the length of your first stitch then bring your needle up estimating the same stitch length for the gap. 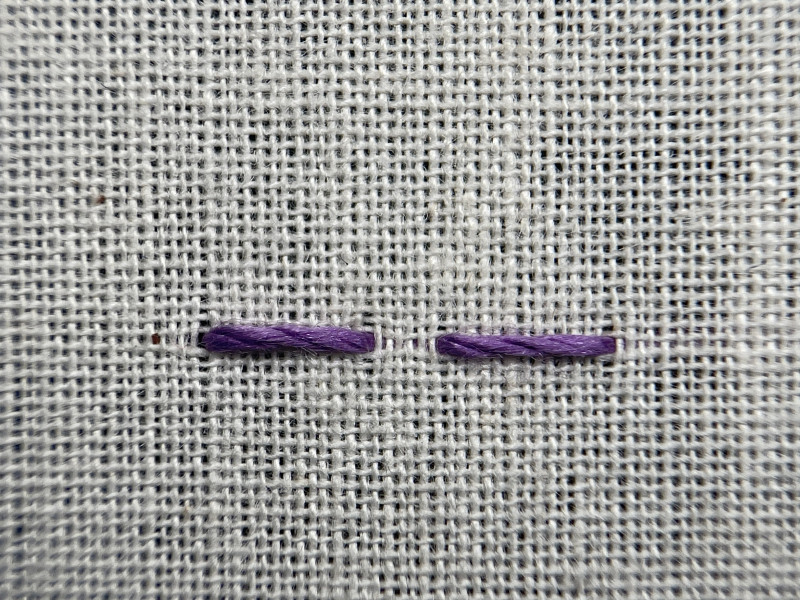 Continue along your line producing stitches of the same length. 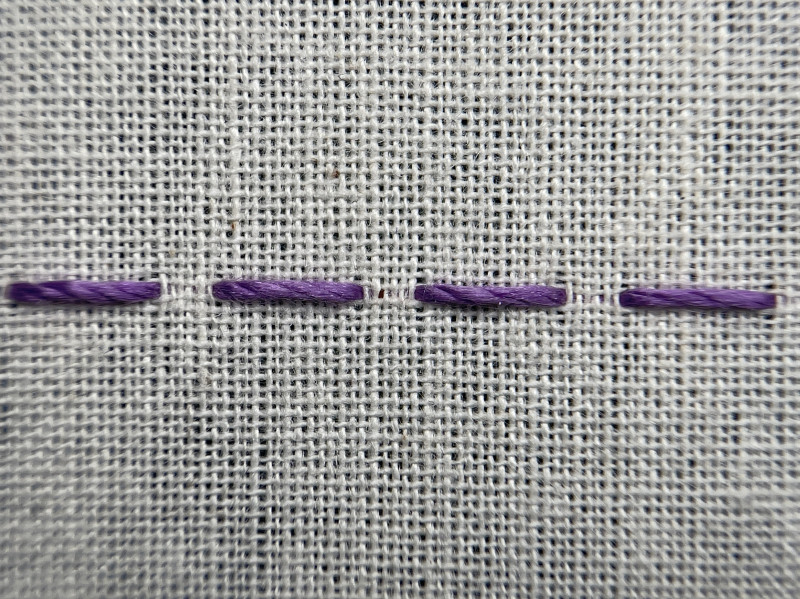