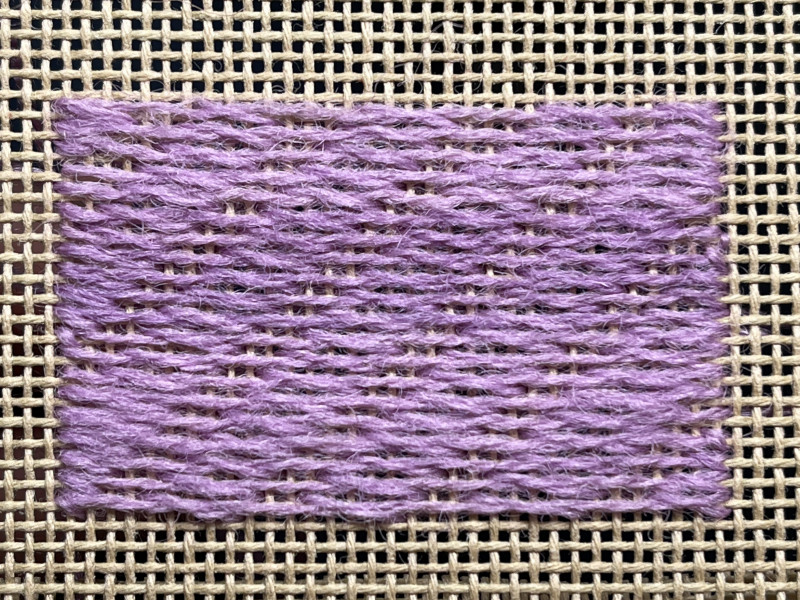 This stitch is a form of self-couching - where the same thread is used to stitch a long, laid stitch which is then held down with one or more couching stitches before the next laid stitch is worked.  (Conventional couching uses separate threads, often of different types, for the laid and couching threads.)

This stitch is shown here as a canvaswork stitch but it is also often worked as a surface stitch.

The many names by which this stitch is known are testament to its varied history.  It has been widely used for centuries: in the Middle Ages it was used in central Europe to portray biblical figures, animals and birds, hence the name ‘figure stitch’.  In China, during the Ming dynasty, self-couching was used on mandarin squares to fill areas of the designs (although it is possible this was Bokhara couching rather than Romanian).

By the 18th century in New England this stitch had become popular as an alternative to the traditional long and short stitch for crewelwork, as it allowed for more thread to be shown on the surface of the fabric (hence the name ‘New England economy stitch’).

Romanian couching is also still used in Jebel Haraz embroidery from Yemen where it is used to embellish festive garments.

The pattern and length of the coaching stitches and gaps between them should be altered to achieve your desired texture. The method below is just one example. 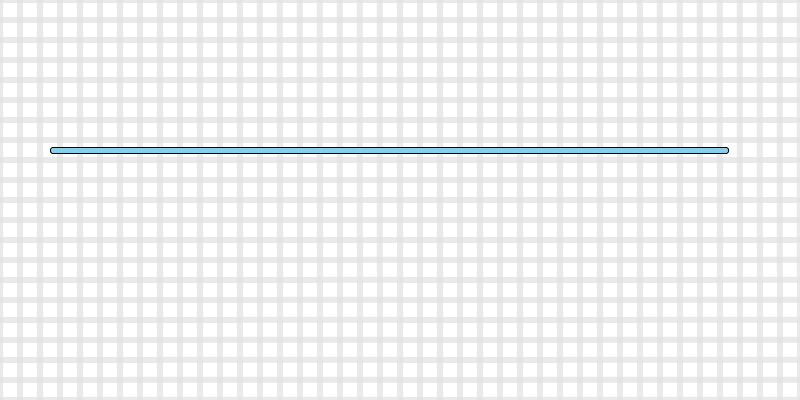 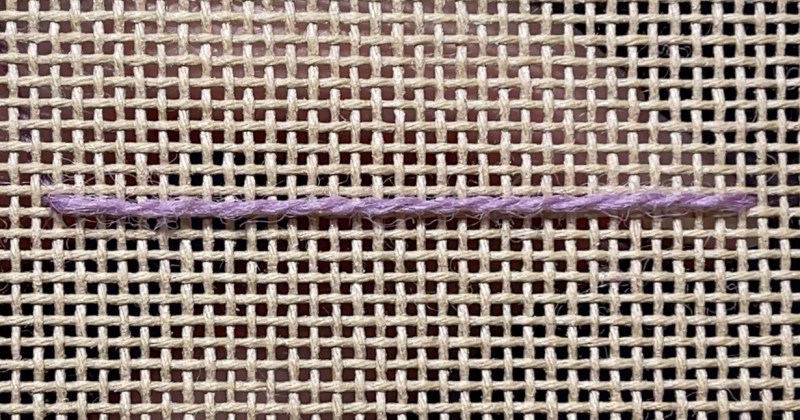 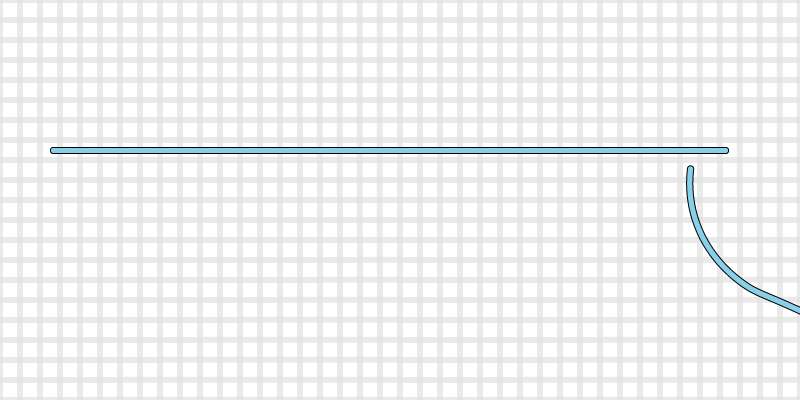 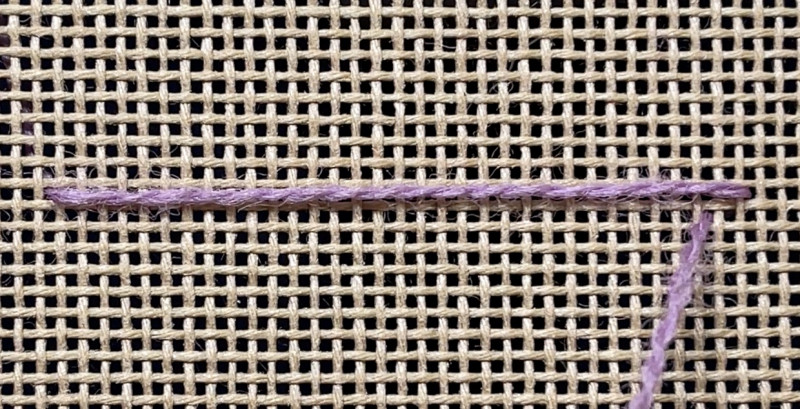 Bring the needle up two canvas threads from the left of the end of the first stitch. 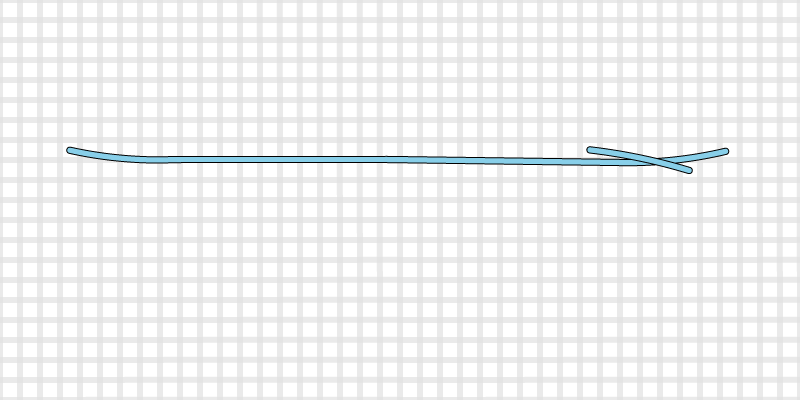 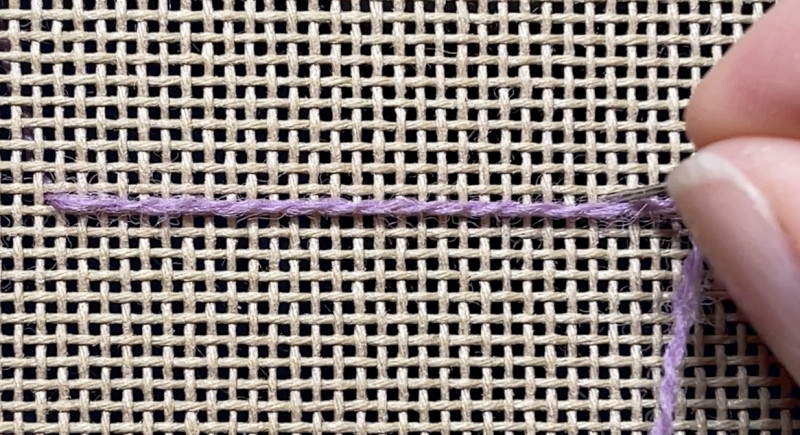 Make a diagonal stitch from the bottom right to the top left, to couch down the long stitch.  It should cross a single horizontal canvas thread. 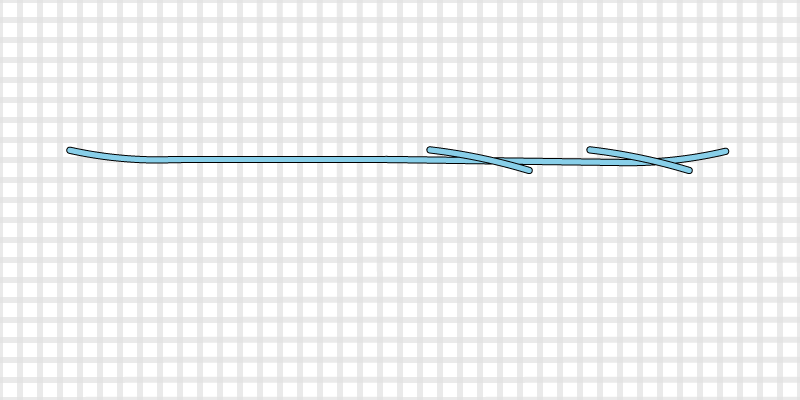 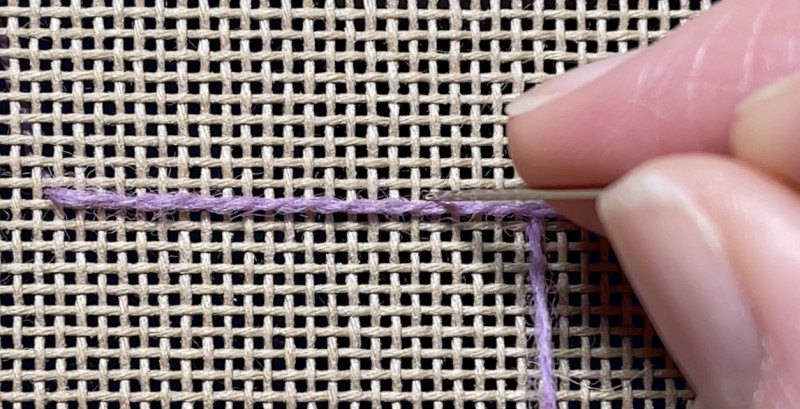 Next, skip three vertical canvas threads then make the second diagonal stitch.  This should be at the angle to the previous diagonal thread. 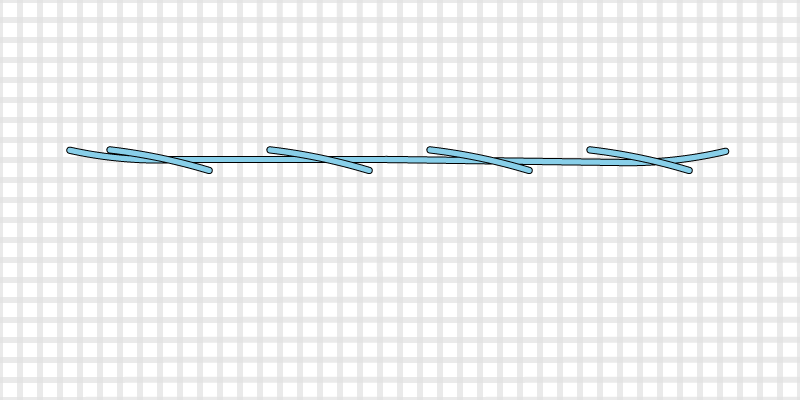 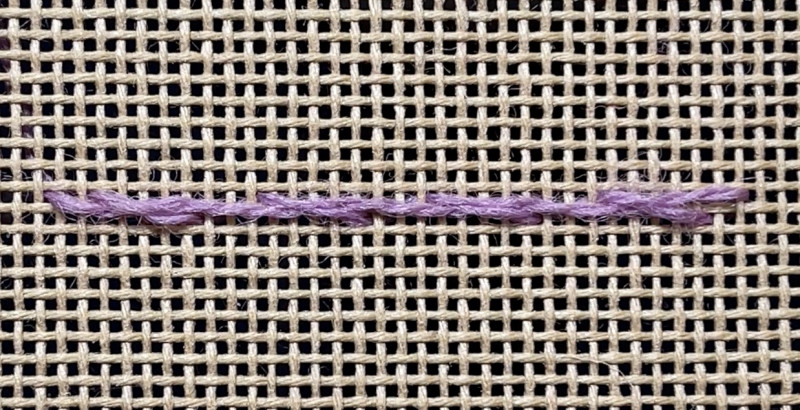 Continue across the width of the first stitch holding it down at these intervals. 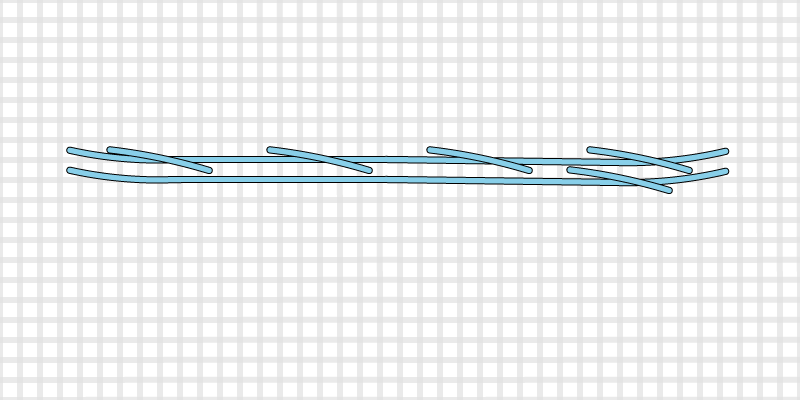 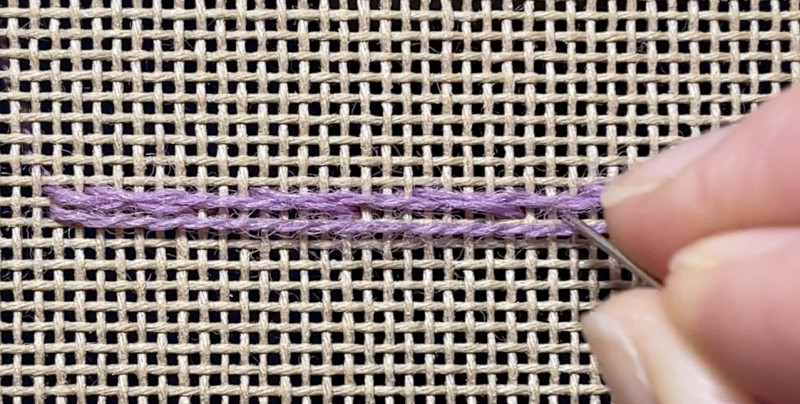 For the next row, make a second long stitch under the first and work back across it, placing diagonal stitches directly beneath and one across from those of the first row. 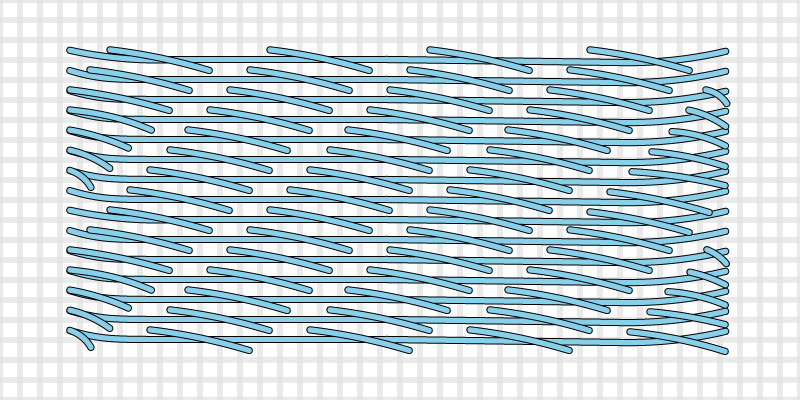 Always work this stitch from top to bottom.