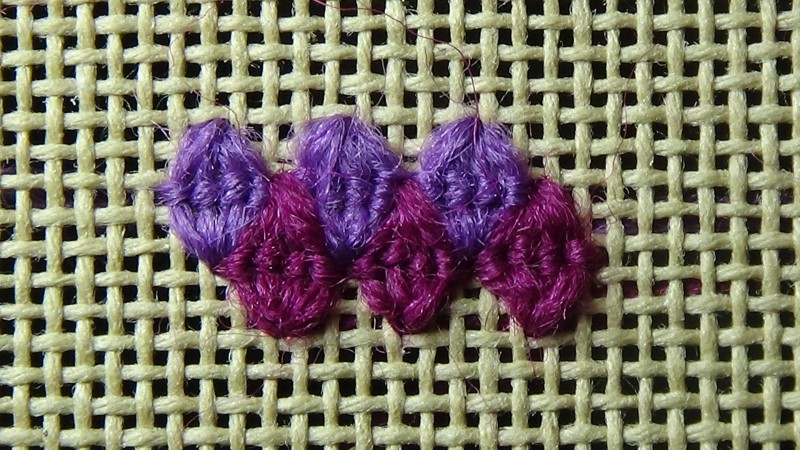 Rococo stitch is used in canvaswork as a textured filling stitch. Four vertical stitches are couched down with small horizontal stitches to form a diamond shape.

Rococo stitch dates from at least the 17th century when it was normally knows as Queen’s stitch: it features on a panel exhibited by the Metropolitan Museum in New York and a casket now held by the Victoria and Albert Museum in London.  Both examples are worked in silk to showcase the intricacy of the stitch.  It continued to be popular in the 18th century for chair seats and stools and smaller items such as pocketbooks and pincushions.  Historic examples normally have a slightly open appearance as the canvas pulls apart slightly where the points of the stitch meet. 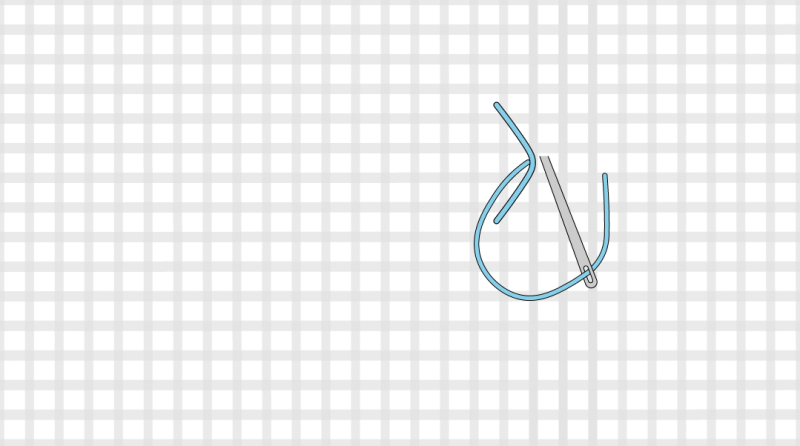 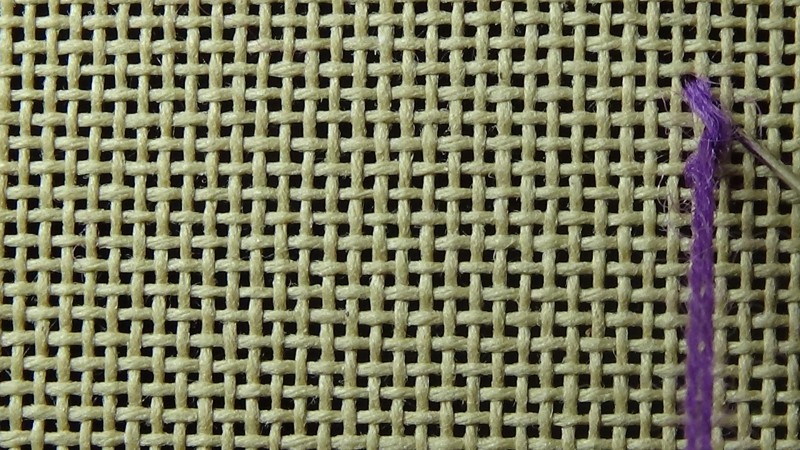 Come up to the front of the canvas and go down over four threads above. Pull the stitch out of alignment and make a horizontal stitch across it as shown in the diagram.  The couching stitch should be two stitches up and two stitches across from the starting point - make sure that you stitch over the vertical canvas thread. 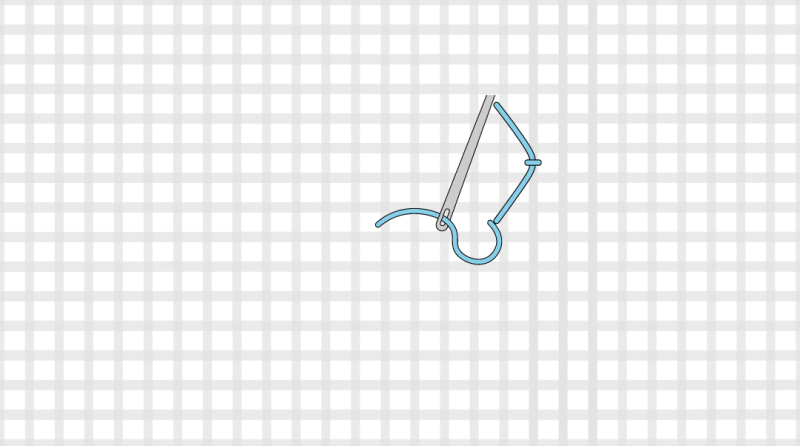 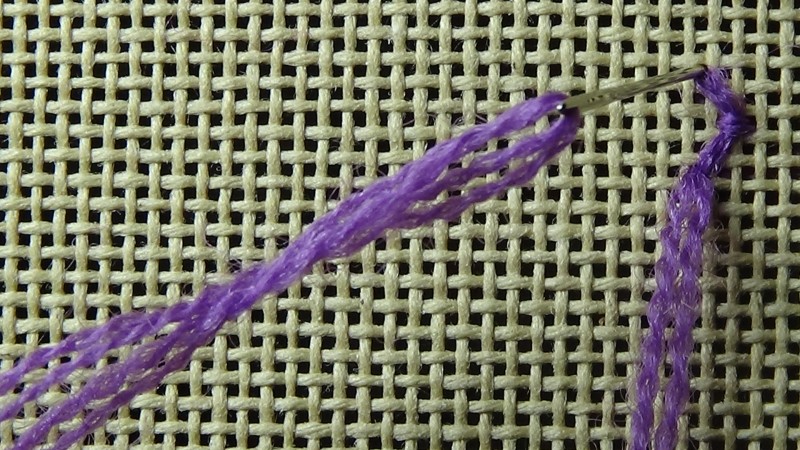 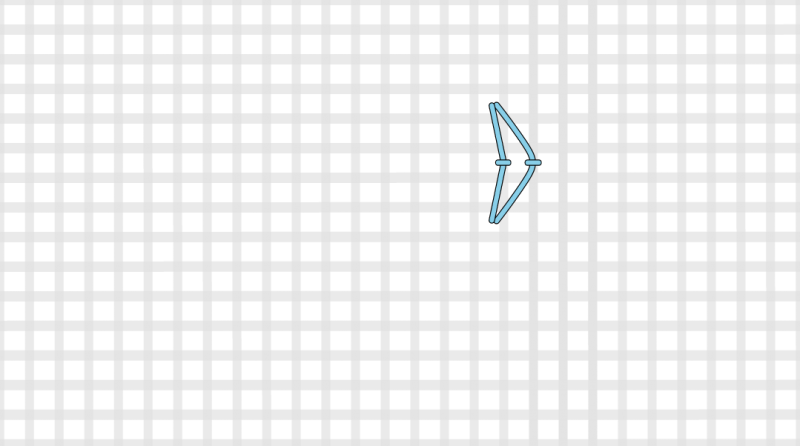 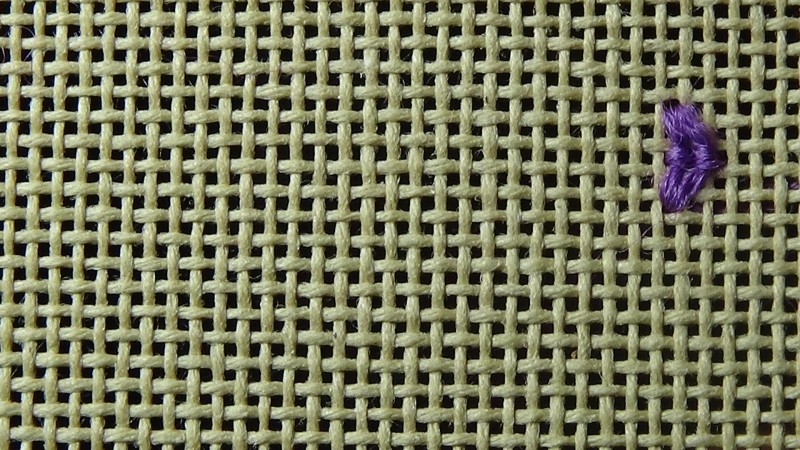 Make a small horizontal stitch in the middle one thread over as shown.

The couching stitch should be two stitches up and one stitch across from the starting point. 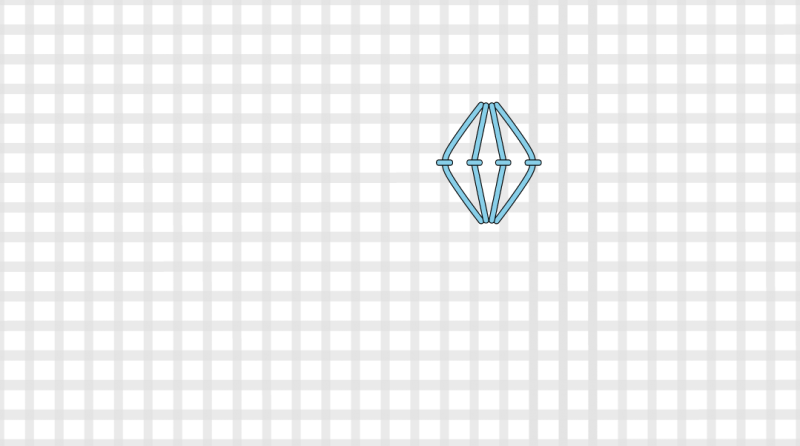 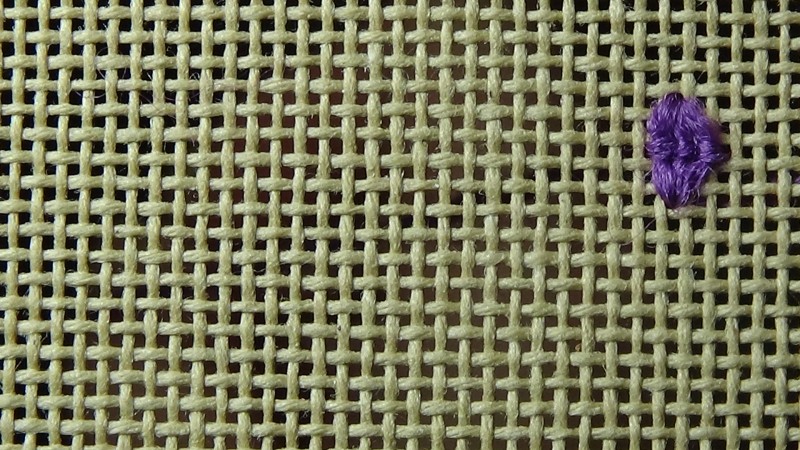 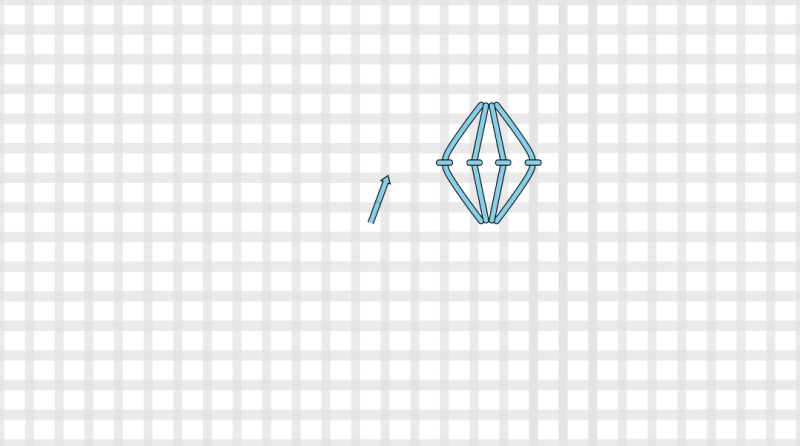 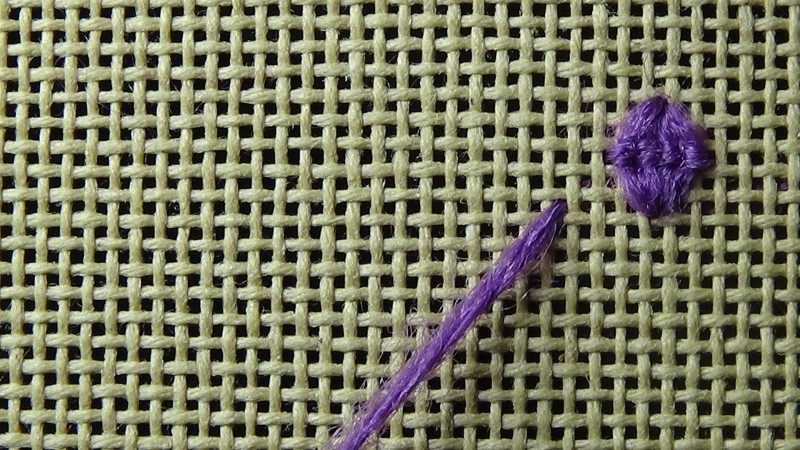 To continue, come up at the bottom 4 threads over to the left. 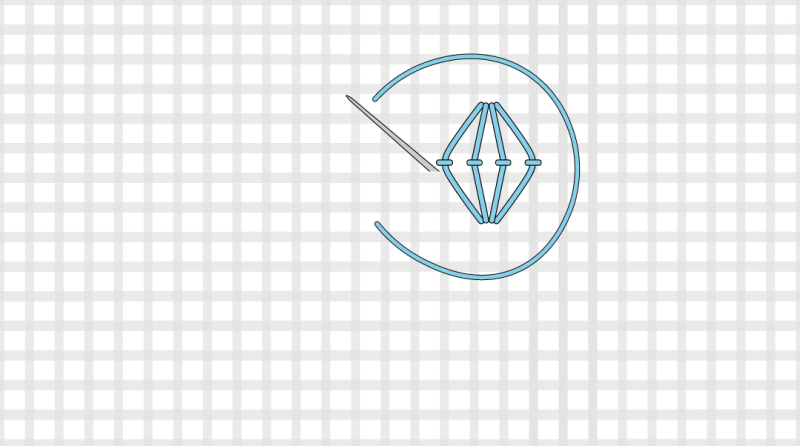 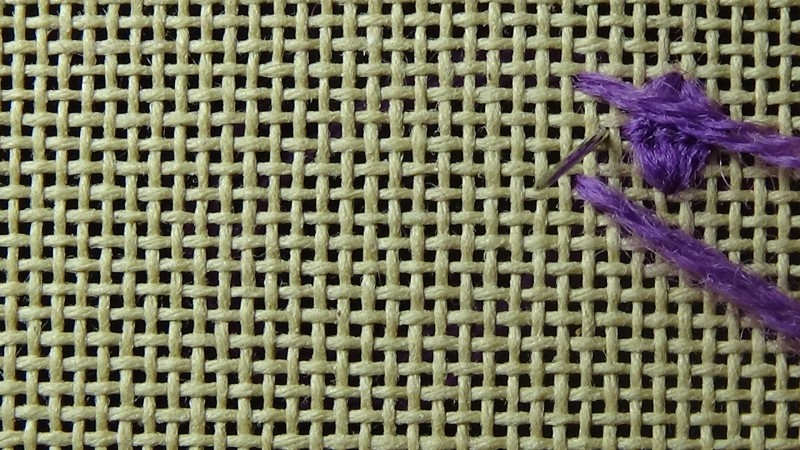 Continue the Rococo stitch as before. 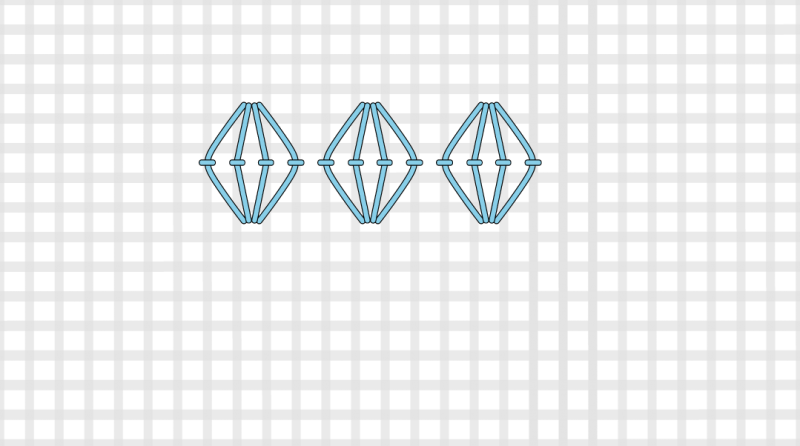 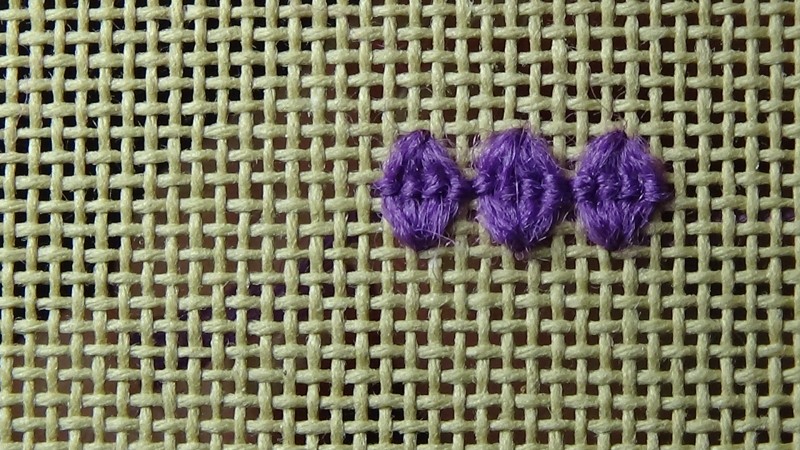 The first row of Rococo Stitch 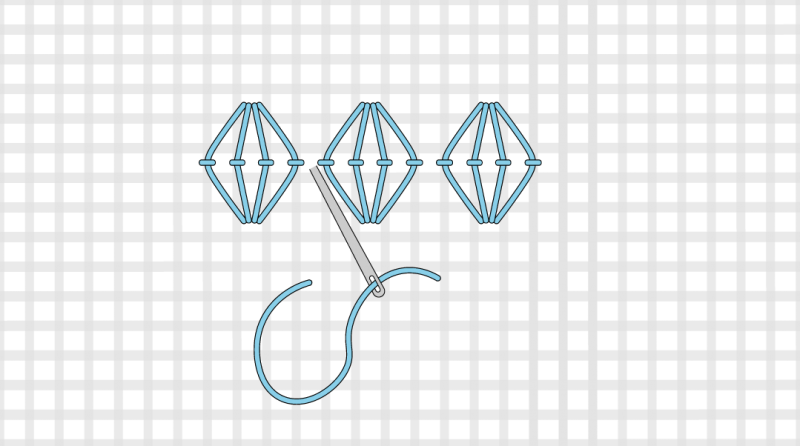 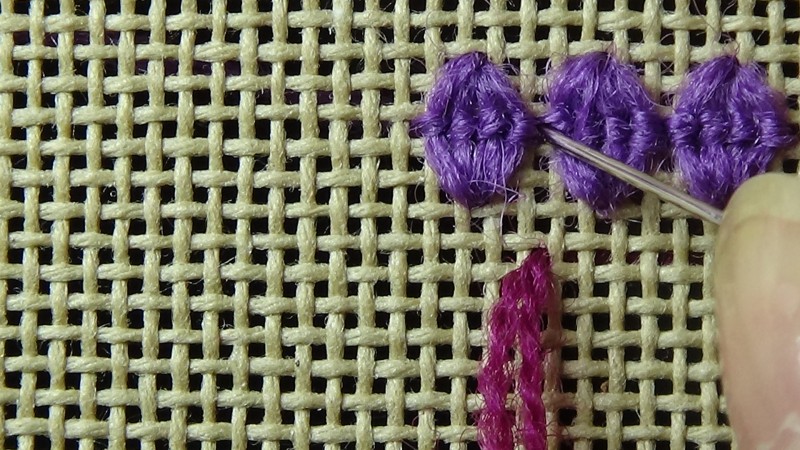 To begin the second row, bring the needle up at four threads down from the hole between the two Rococo stitches in the first row. 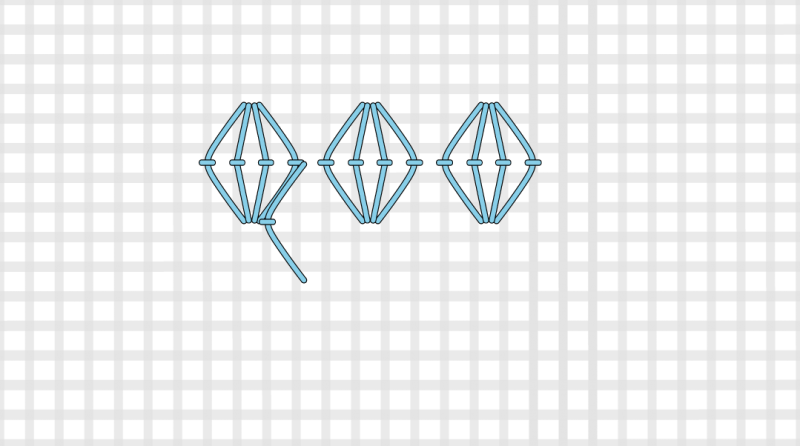 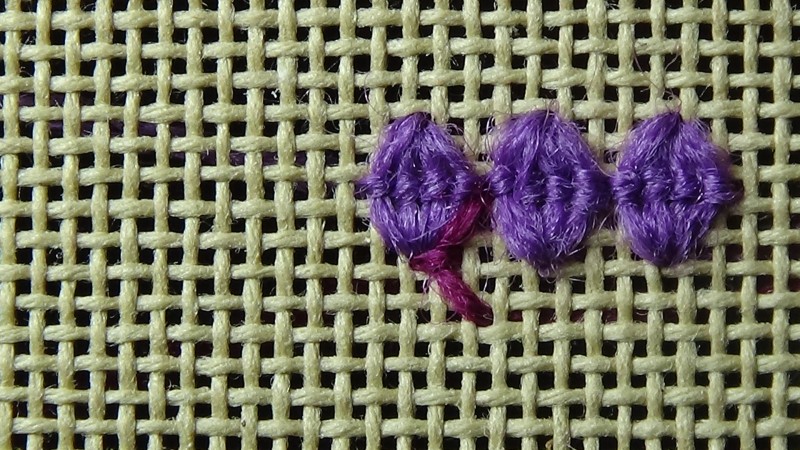 The first vertical stitch is couched with a small horizontal stitch as shown (this uses the same hole as the previous row). 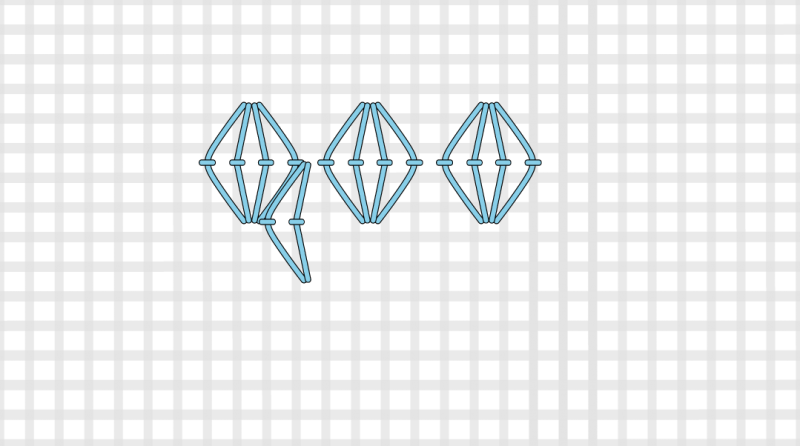 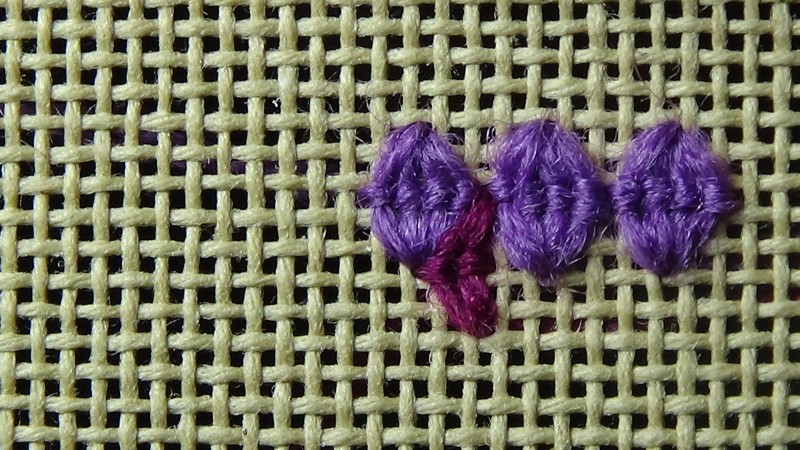 Work from left to right. 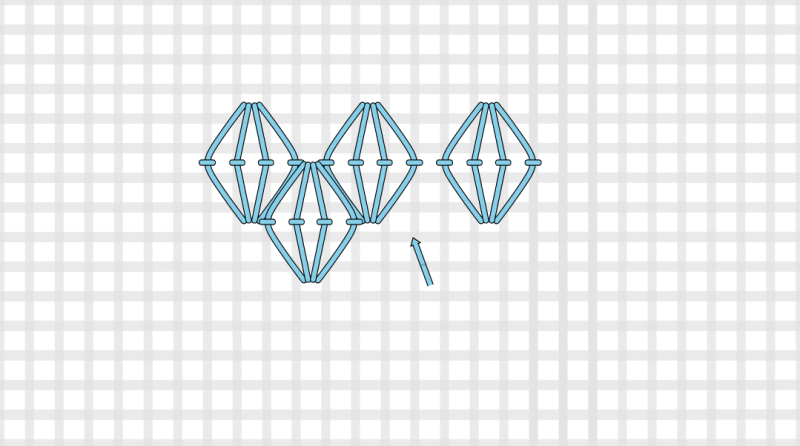 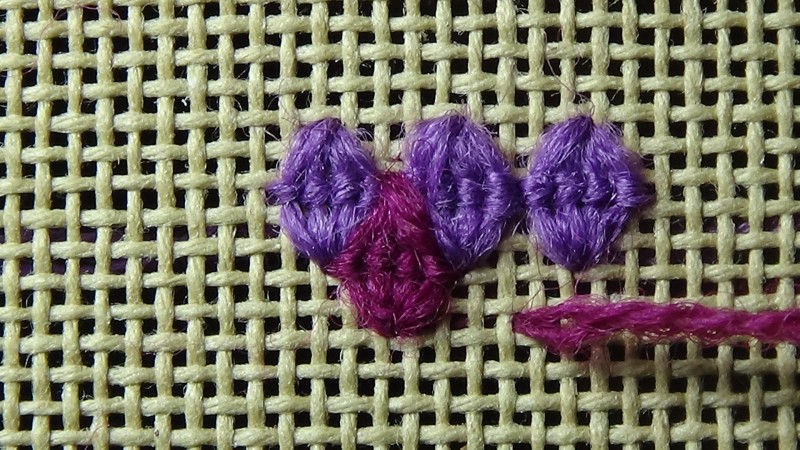 Continue to the end of the row. 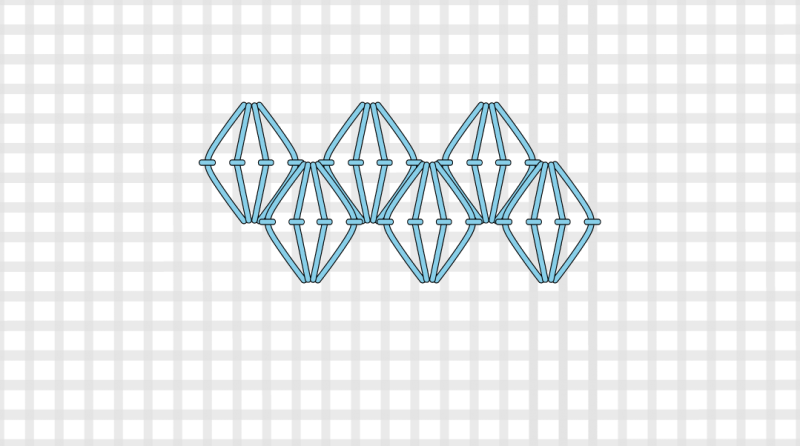