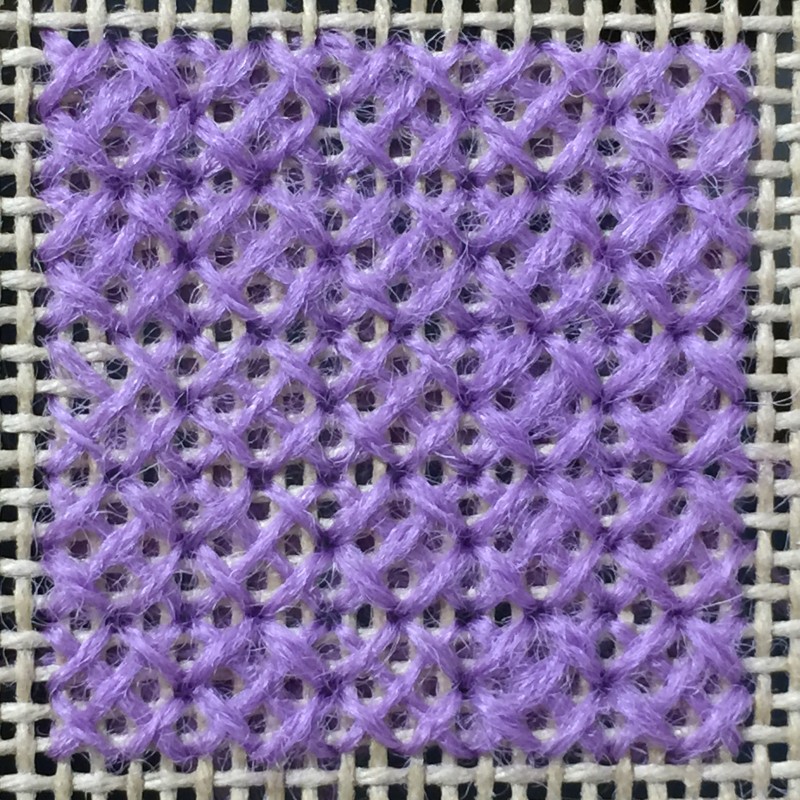 This is a large cross stitch with a diagonal stitch over each of its corners to form four small crosses.

Rice stitch was used as one of the core stitches of Java canvas embroidery (named for the origin of the fabric, rather than the technique).  The technique was popular during the late 19th century.

Rice stitch (canvaswork) is generously sponsored by Gillian A. Mitchell

Rice stitch can be worked larger or smaller, as long as it is across a square of any number of even threads. 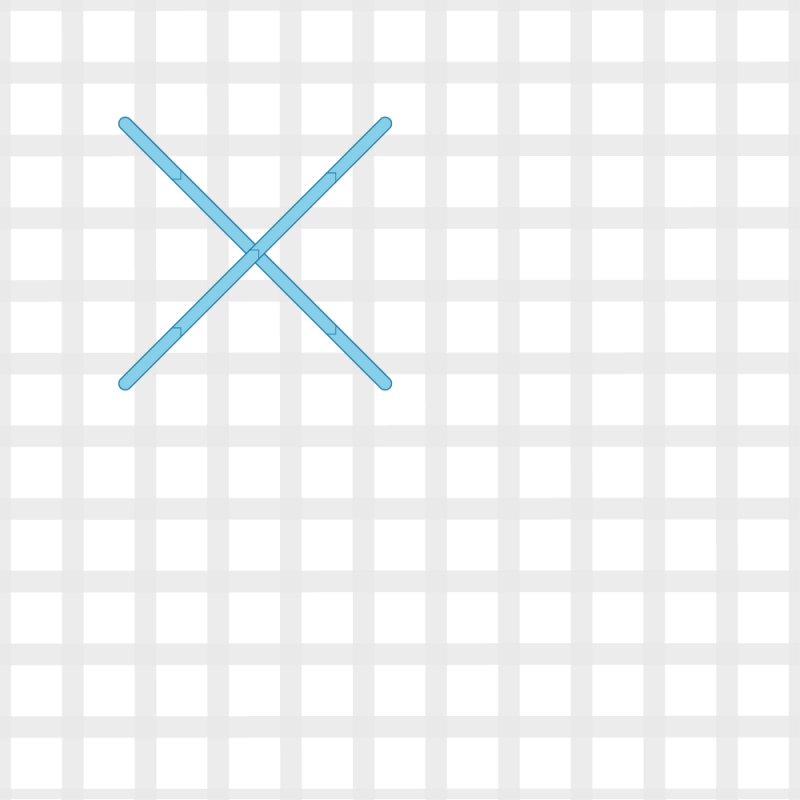 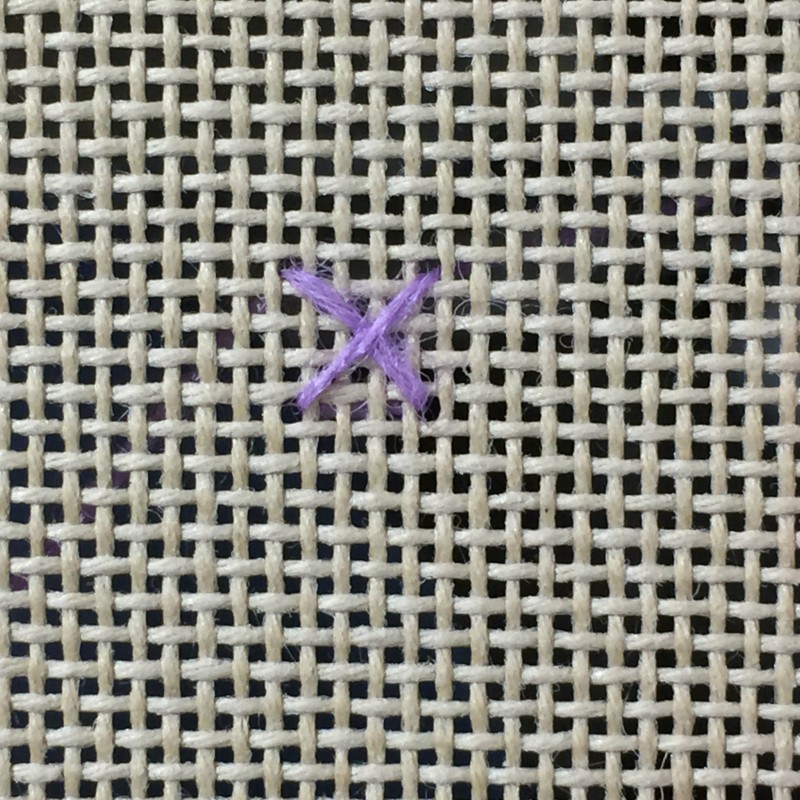 Begin by making a cross stitch across four by four threads of canvas. Make sure that the top stitch is always bottom left to top right. 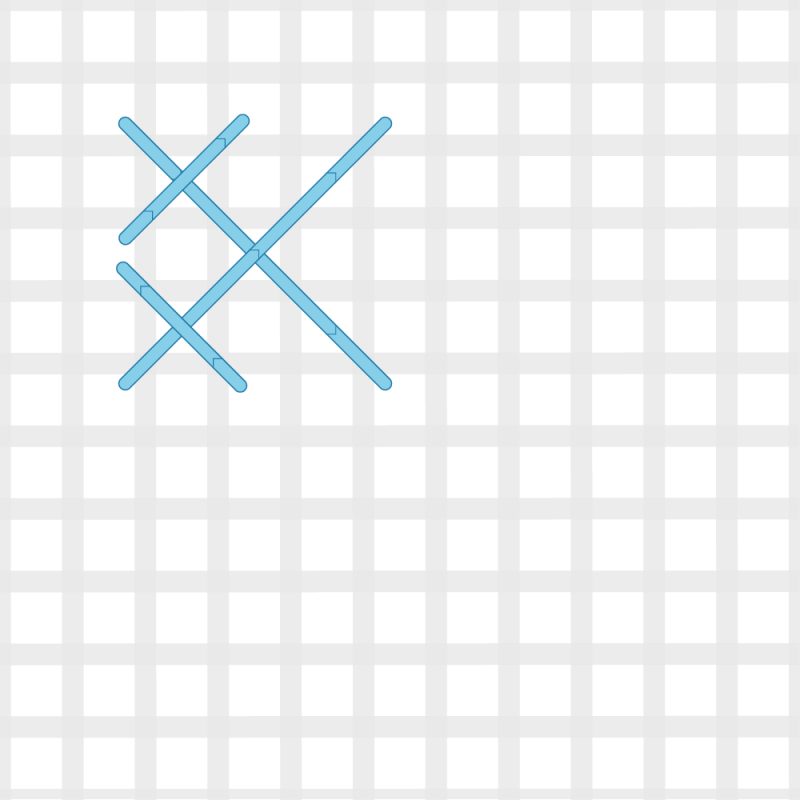 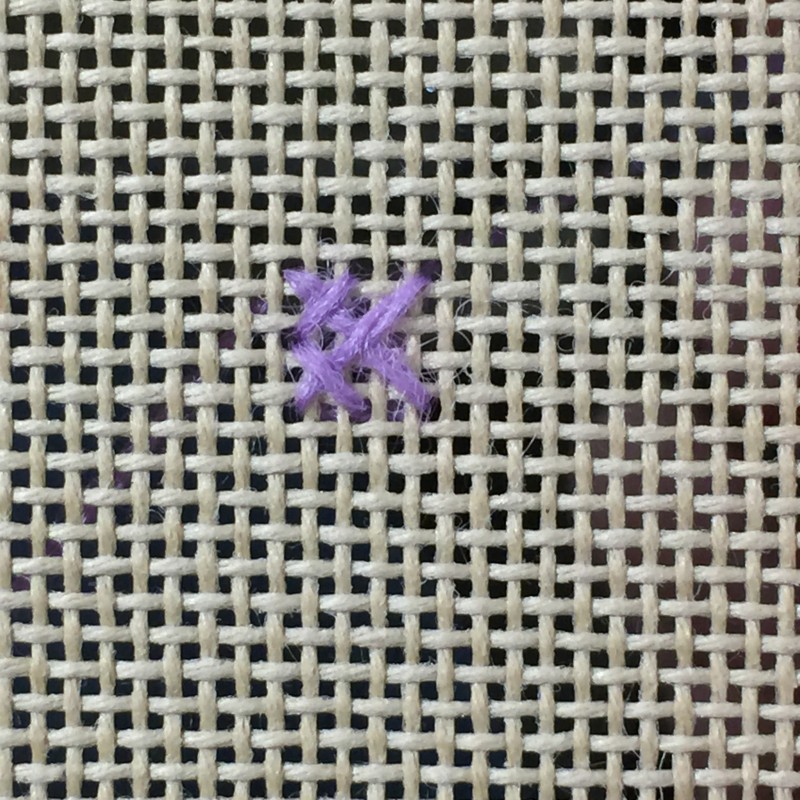 Now beginning at the top left-hand corner make a diagonal stitch across two intersections of canvas, crossing the corner of the first cross. 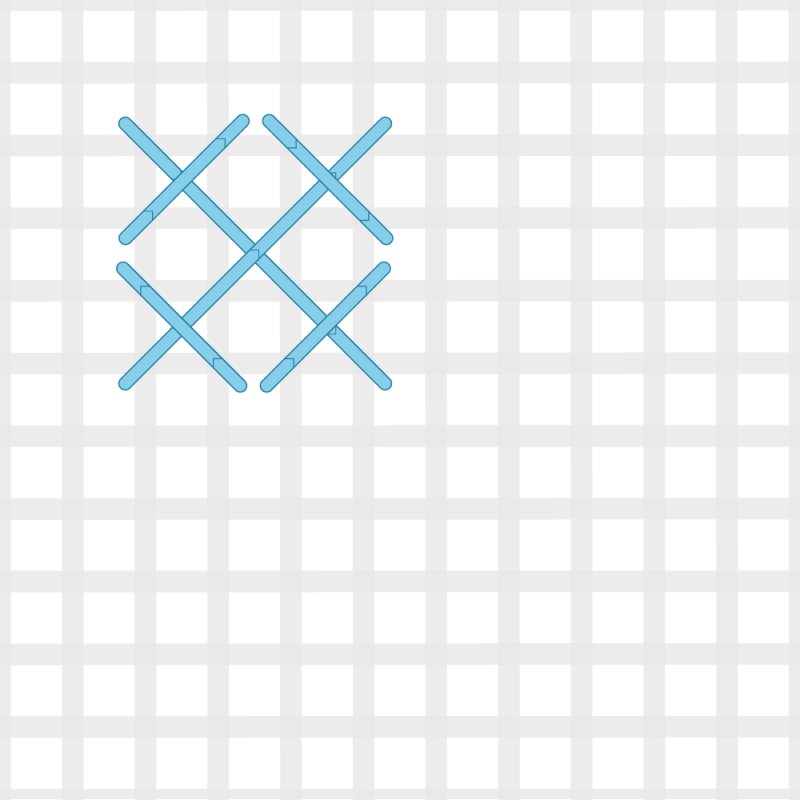 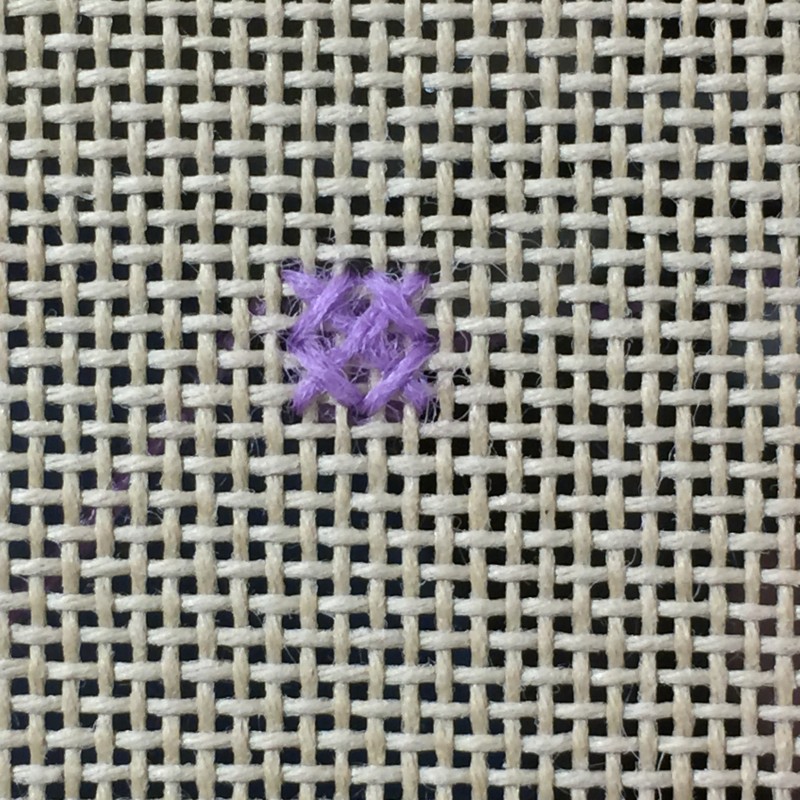 Repeat at each corner, so that these stitches meet at the centre points of the sides of the cross. 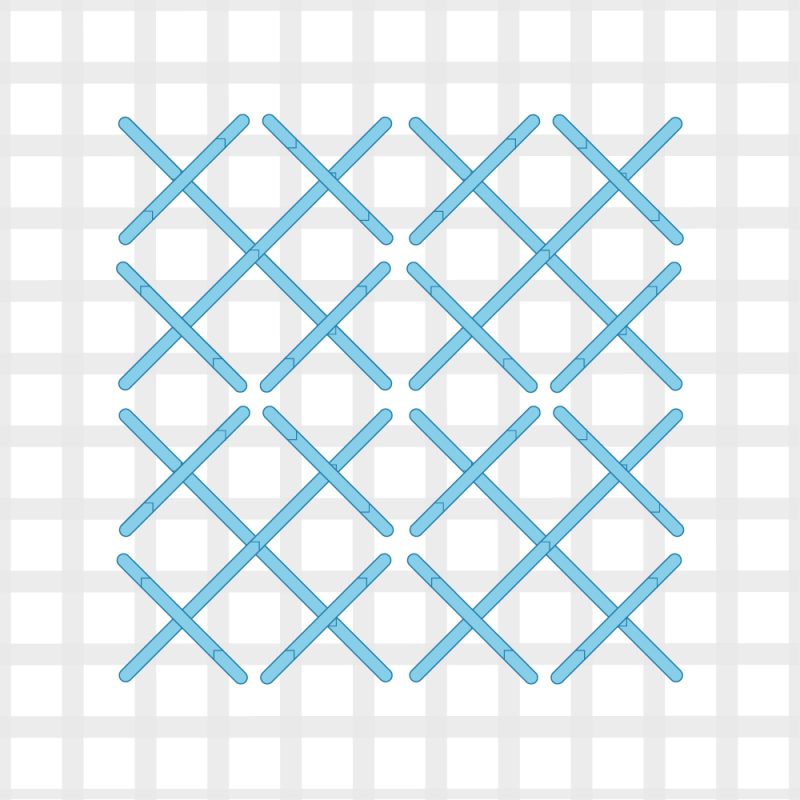 This is a good basic medium sized stitch. It is a little raised and has an even textured appearance. It can be used as a single motif or as part of a pattern.