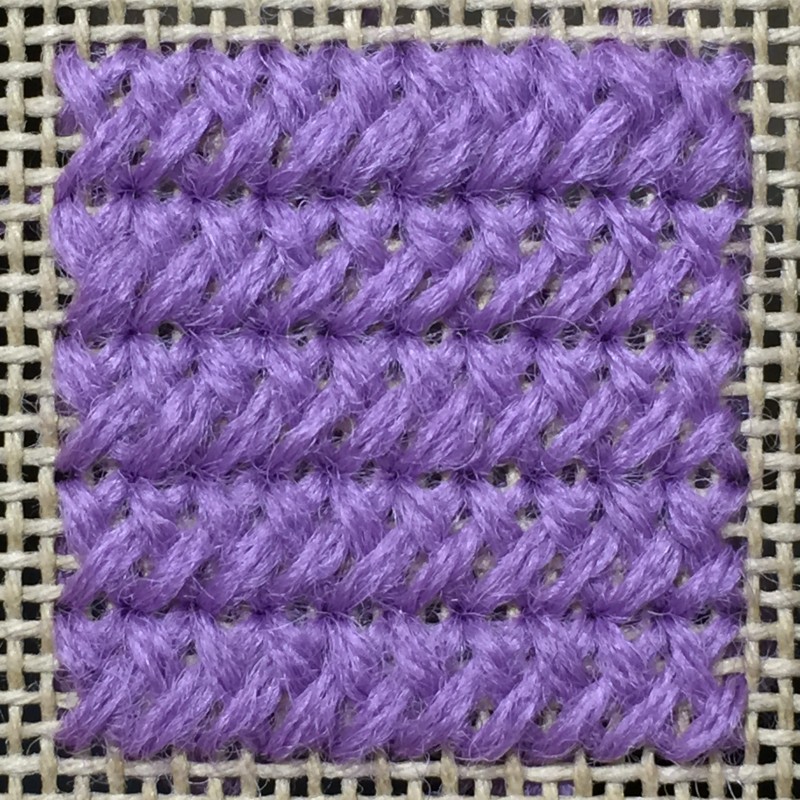 This canvaswork stitch is made up of asymmetrical crossing stitches where the second crossing stitch is half the width of the first, and each stich overlaps the preceding one.  Collectively they form what looks like a row of plaited braid.

Plait stitch was certainly in use in late medieval Europe: there is a whitework altar cloth from 14th century Germany (held by the Metropolitan Museum in New York) which features the stitch and the Victoria and Albert Museum in London holds a stole from a similar era.

Historical references to plait stitch can be hard to interpret as they may refer to long-armed cross stitch or plaited Gobelin stitch (or even heavy chain, or any other stitch which provides a braided line), rather than what we now call plait stitch.  The 17th century inventories of English needlework from Hardwick Hall contain such references. 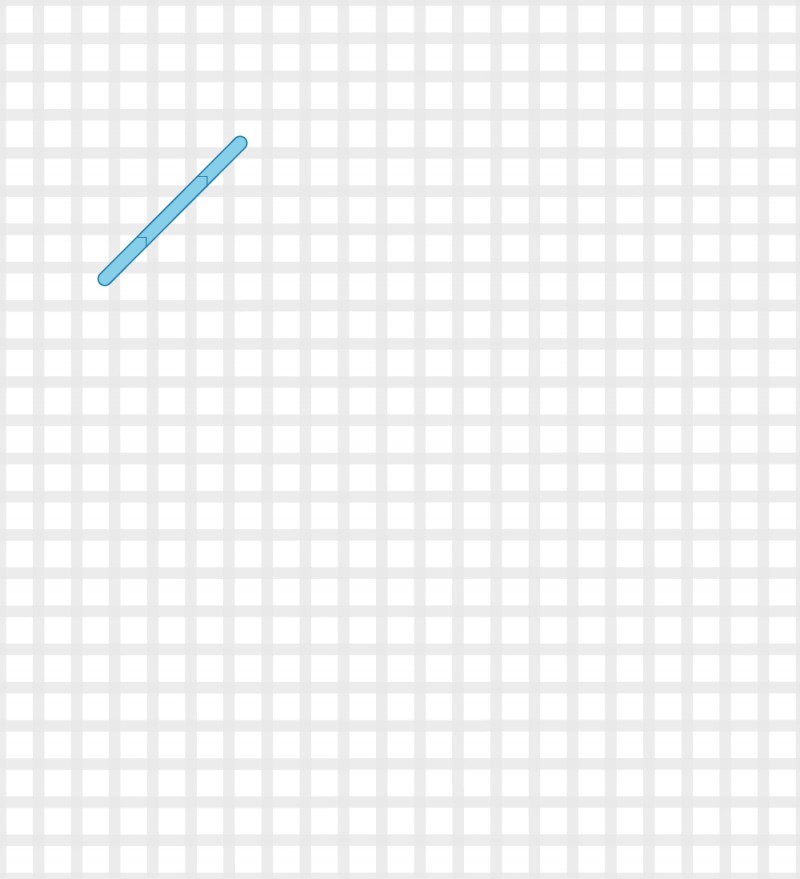 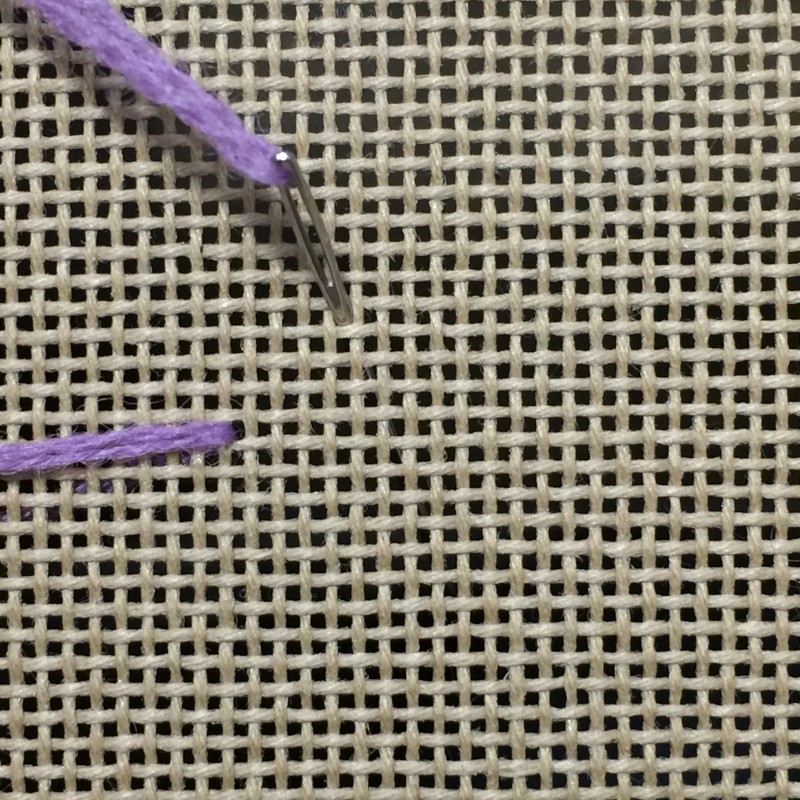 Make a diagonal stitch from bottom left to top right across four intersections of canvas. 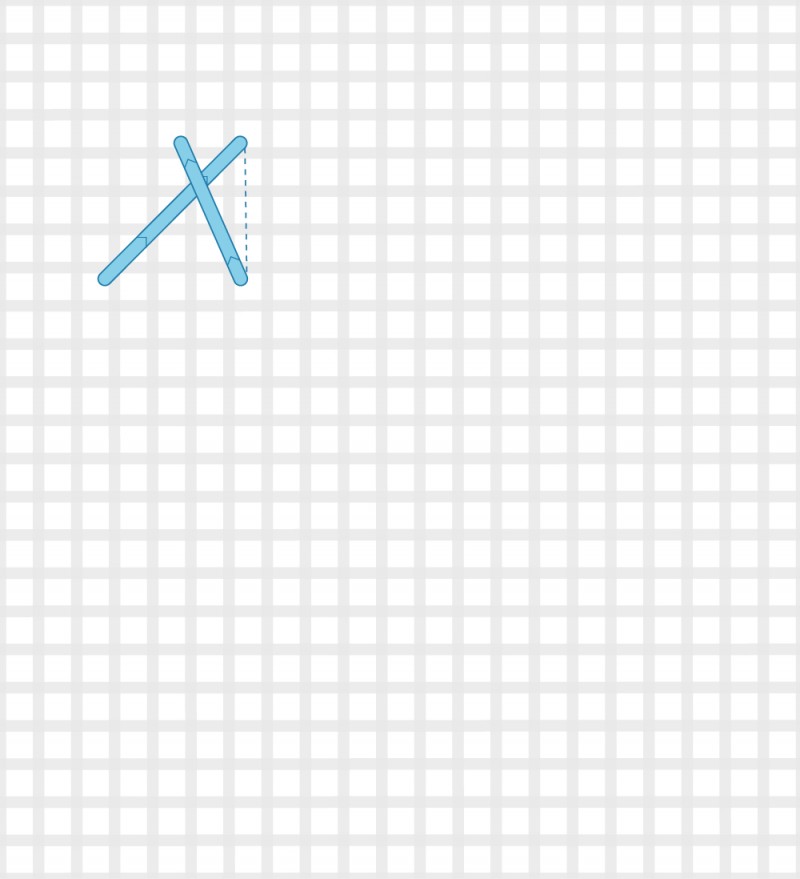 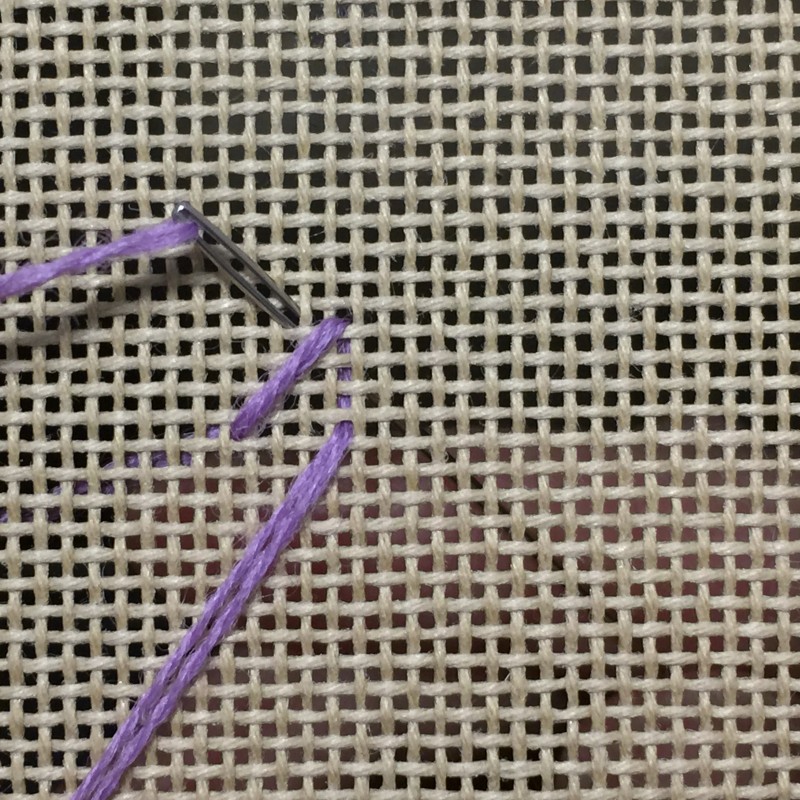 Bring the needle out four canvas threads below the top corner of this stitch, then make a diagonal stitch up four and across two threads of canvas to the left. 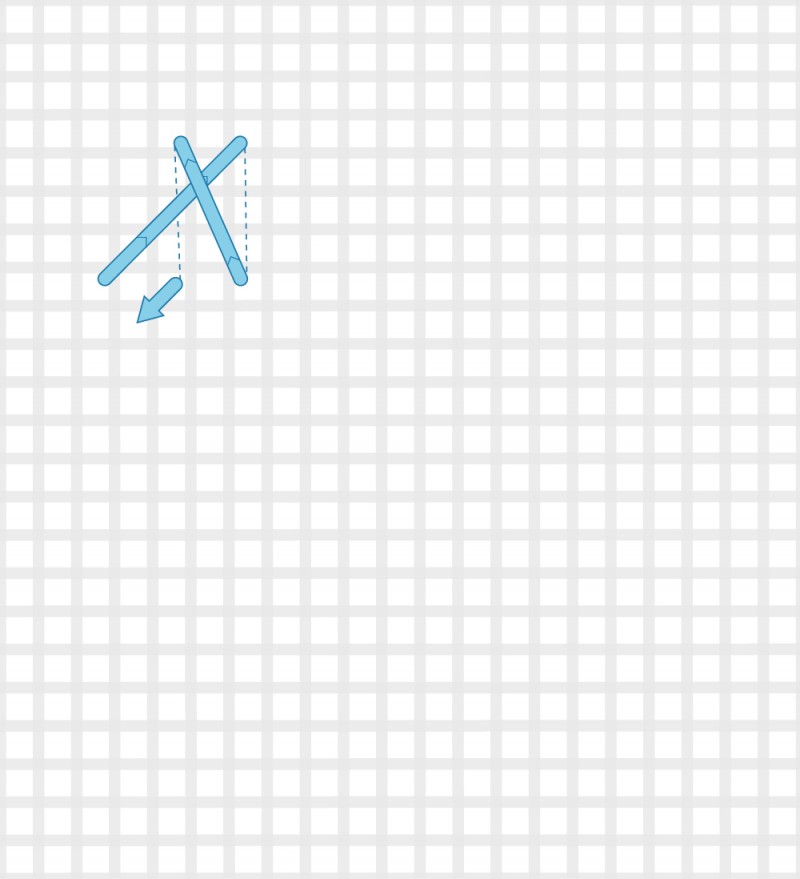 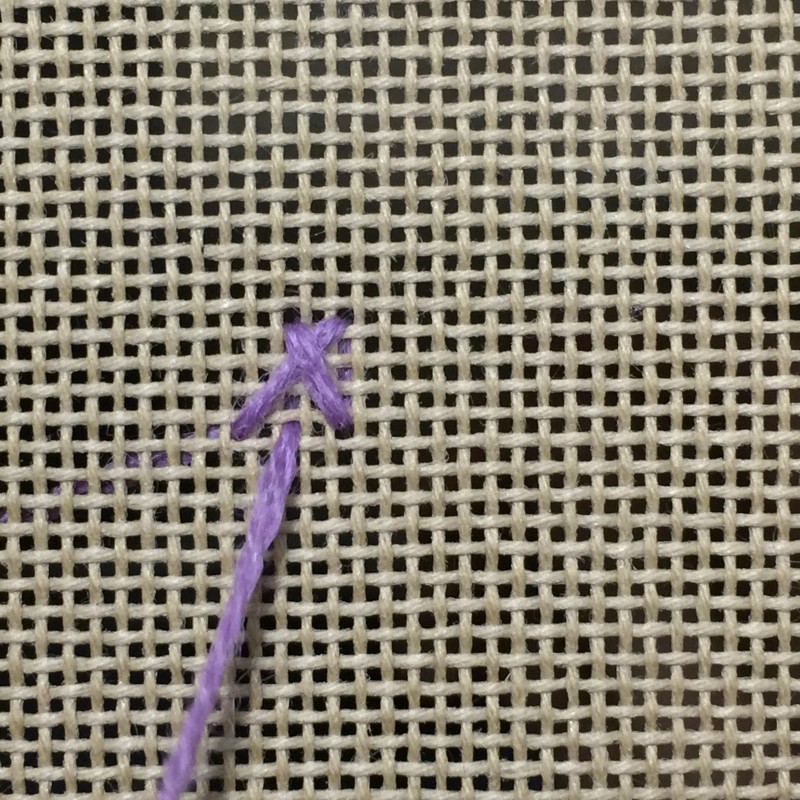 Bring the needle out vertically below the end of this stitch. 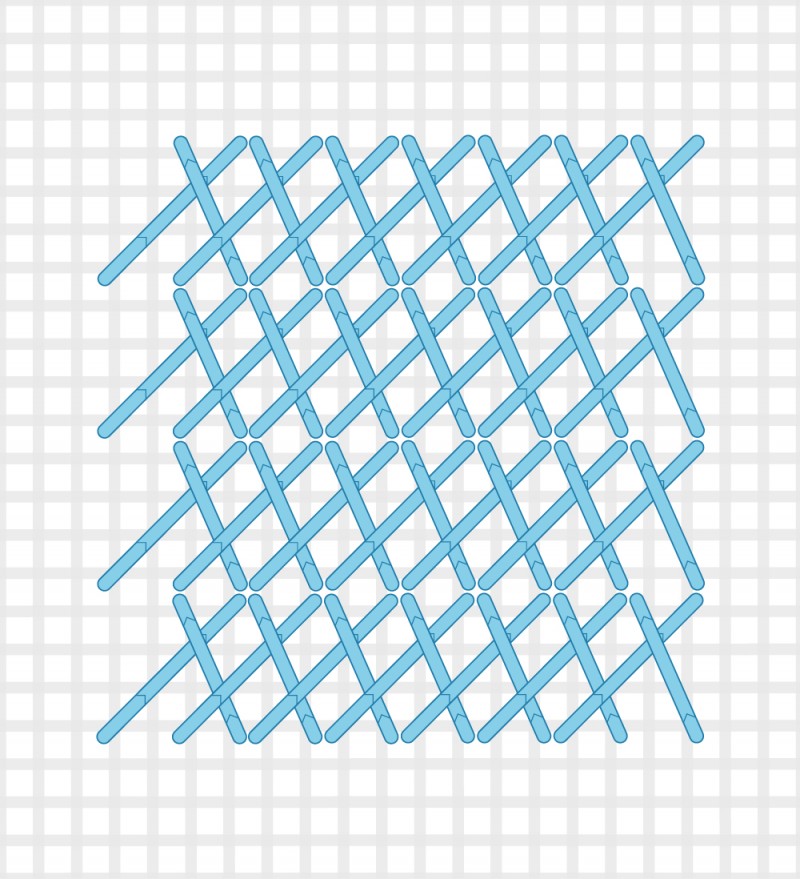 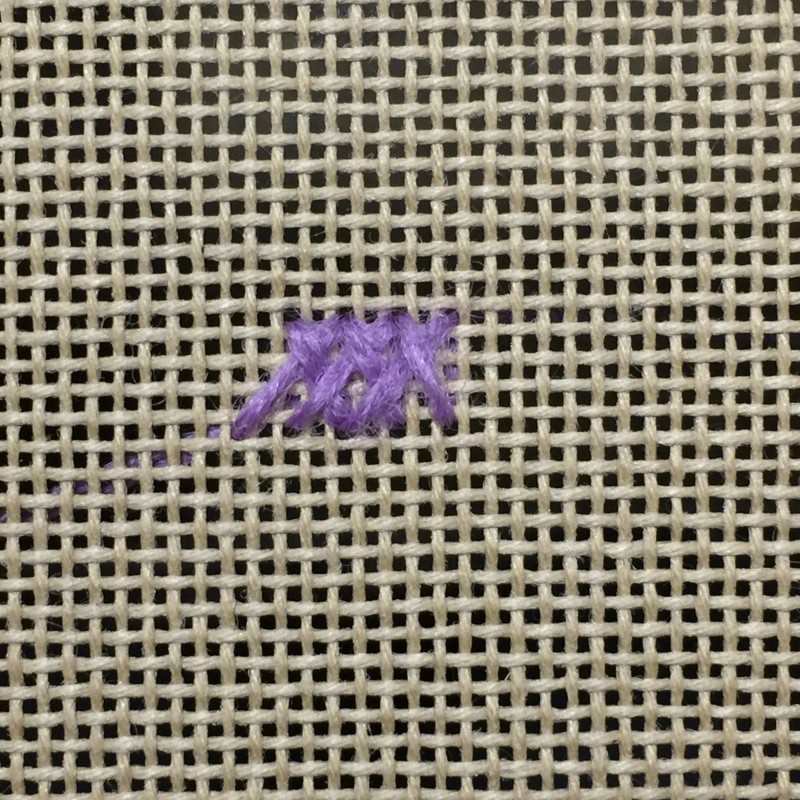 Repeat these two stitches across the band of the plait. 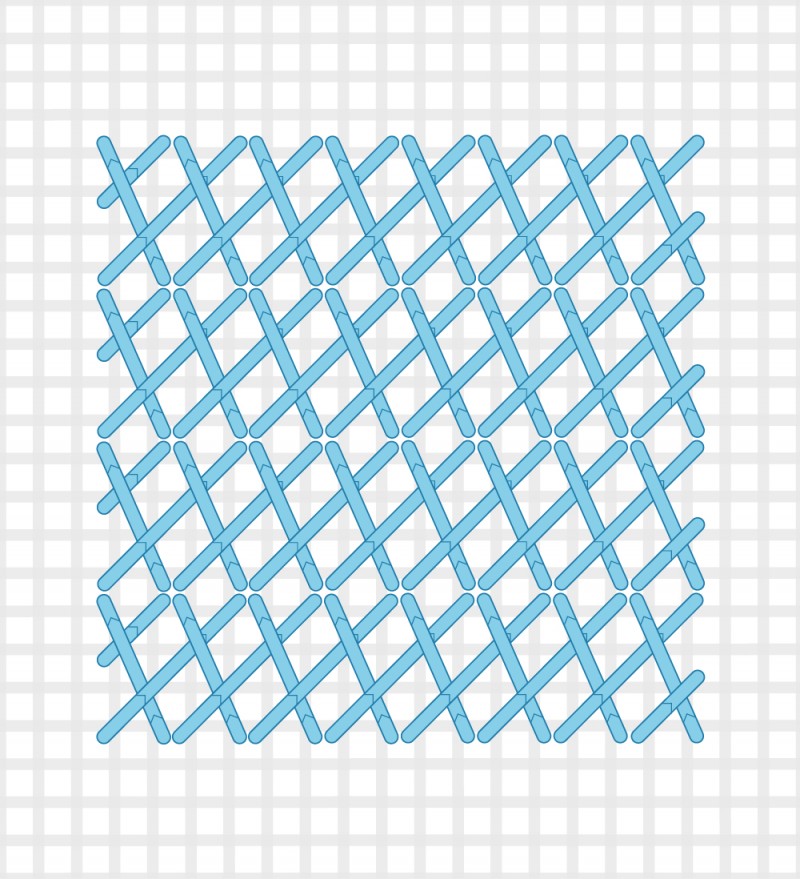 Work the following rows in the same direction as the first (i.e. left to right). Note: An extra two stitches have been included at the start and end of each row (the first and last stitch is over two intersections of canvas only).