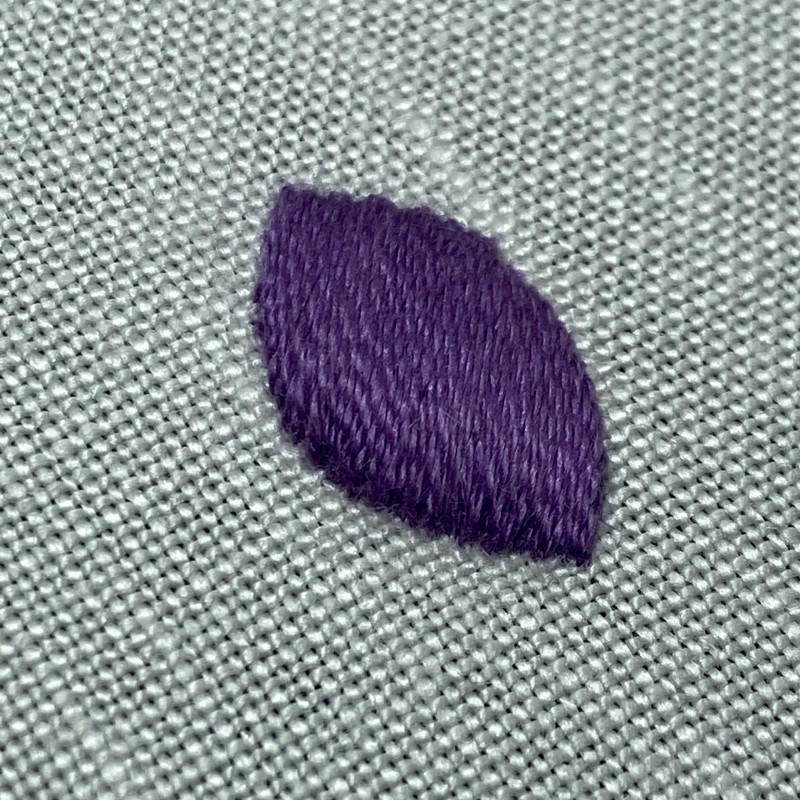 Padded satin stitch is a satin stitch with padding underneath the stitching to create a raised motif.  This technique catches the light, particularly in monochrome embroidery.

This method of padding is the use of laid work (long stitches); for an alternative method see the entry for Padded satin stitch (split stitch padding).

Padded satin stitch was used in Ming-era China using either a coarser thread than the silk which was used for the satin stitch itself or sometimes even cloth or paper (it is unclear whether the padding was laid work or split stitch).  The stitch was also used as part of the Kyoto tradition in Japan (the tradition dates from the 8th century although the stitch itself may not be as early).

Laid work padding is suitable for small, simple shapes (for long, narrow or curved shapes use split stitch padding). You can decide the number of layers to achieve the desired height. Each layer should be worked at a different angle, and the top layer should be at right angles to the satin stitch itself. Start the first layer of padding in the centre of the shape, and it should be the smallest in size. Each layer gets bigger gradually to create a smooth dome-like contour. 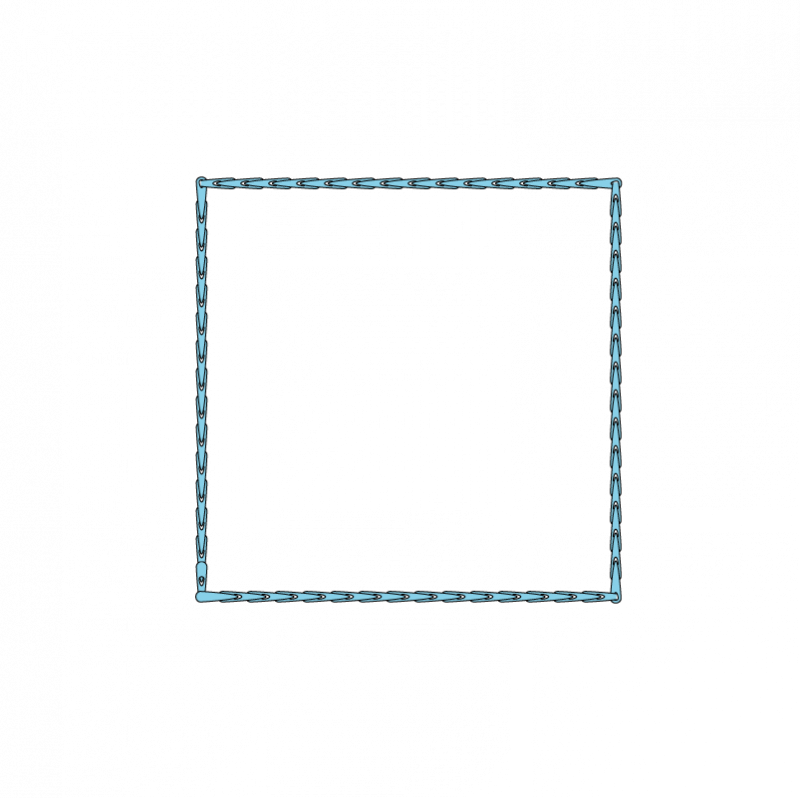 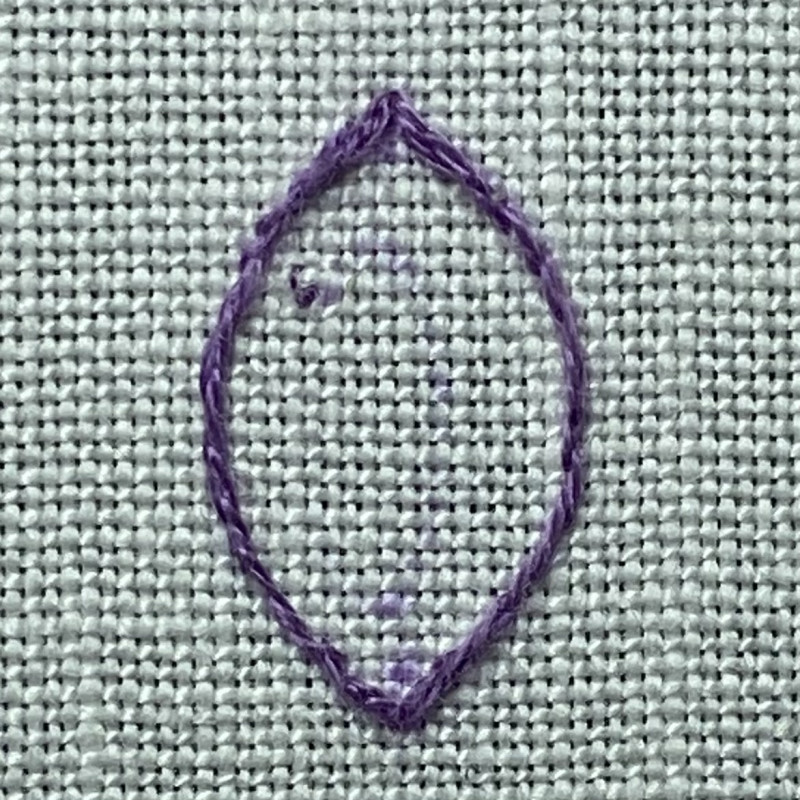 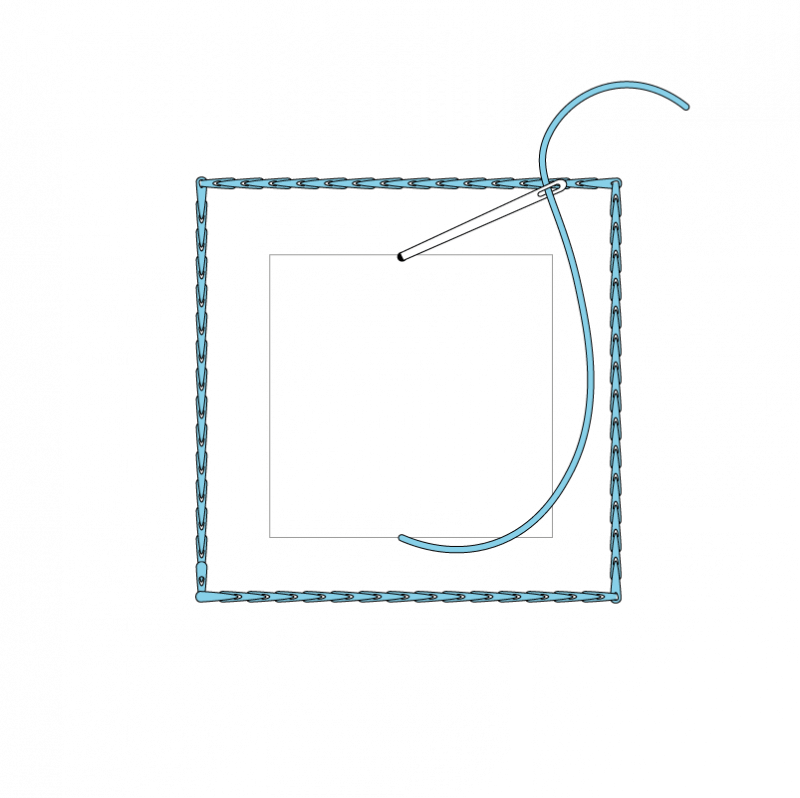 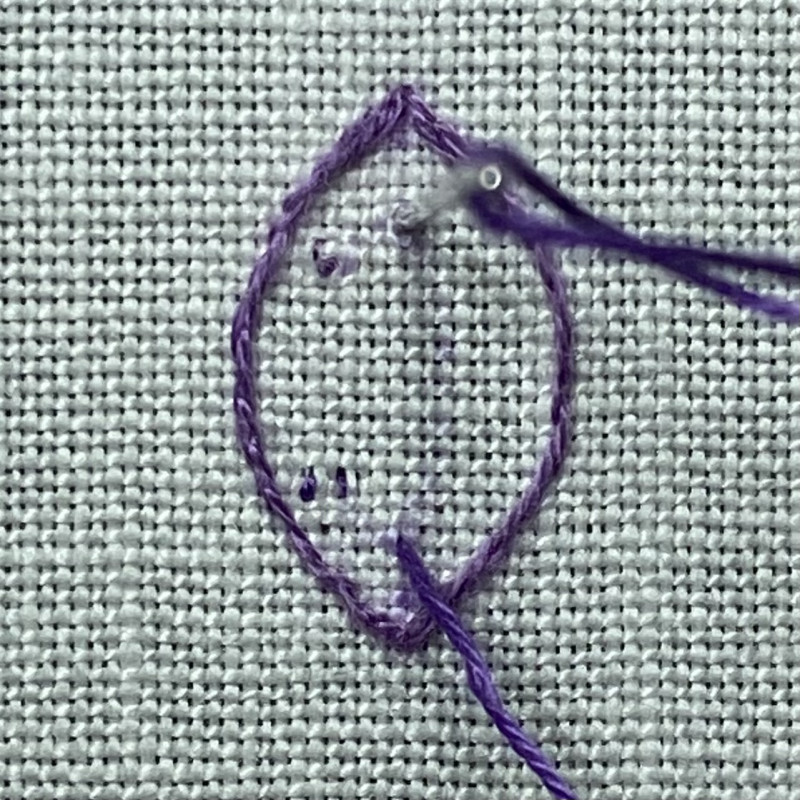 Using a thicker thread, make the first stitch for padding in the middle of the shape, across the longest part of the shape. 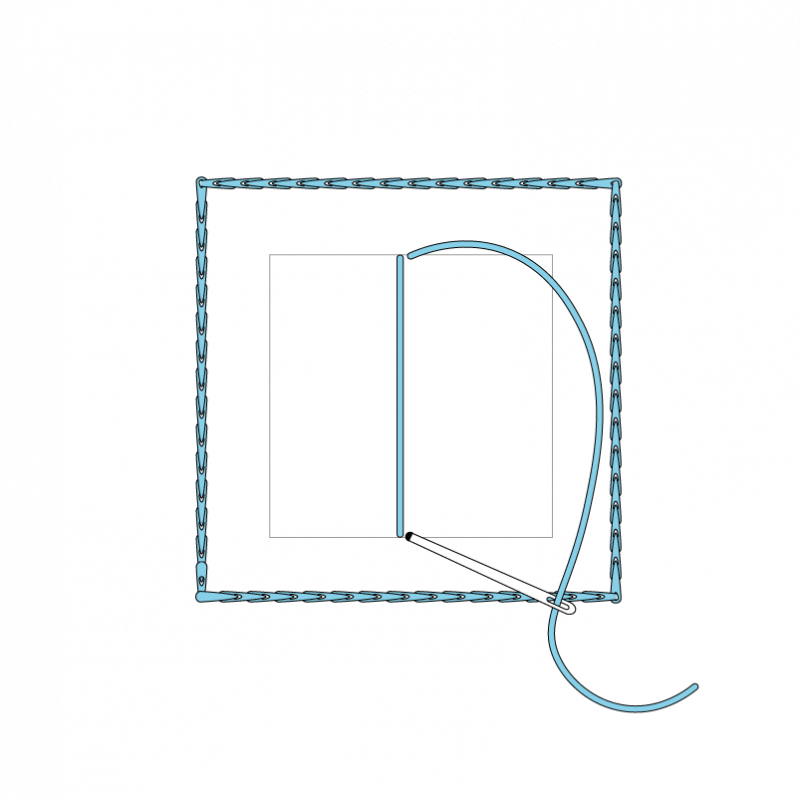 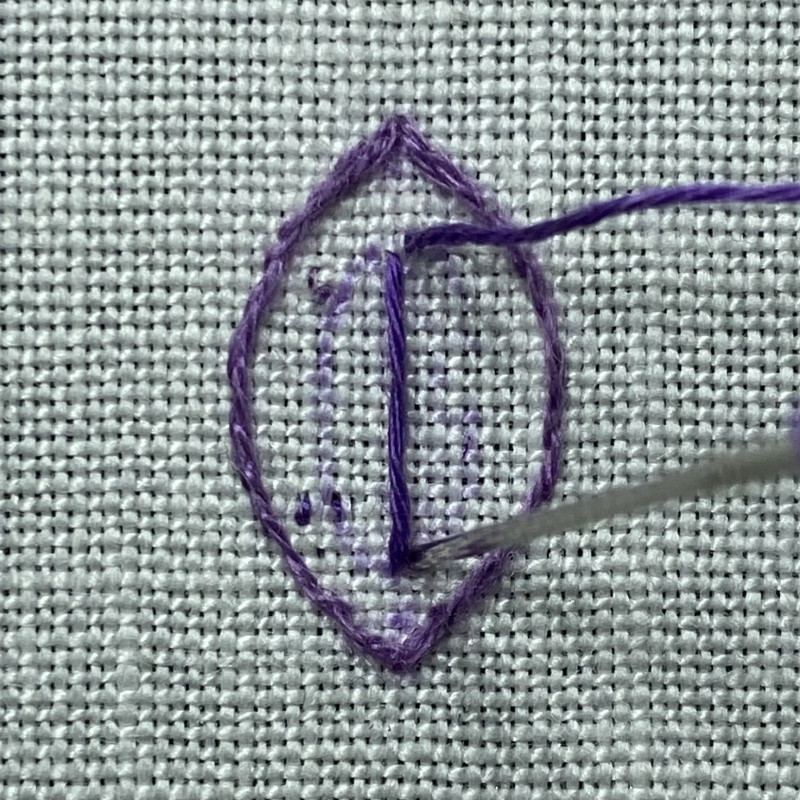 Bring the needle up next to where the first stitch ended, and make another stitch parallel to the first. Continue stitching back and forth across the area.  Laid work is used for this padding in order to minimise the amount of thread on the back of the fabric. 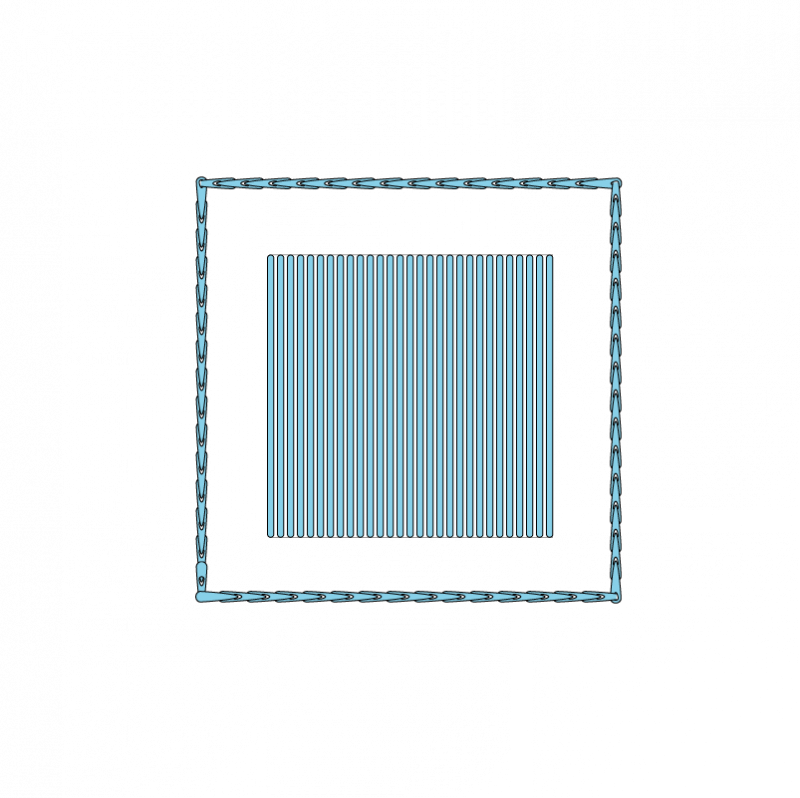 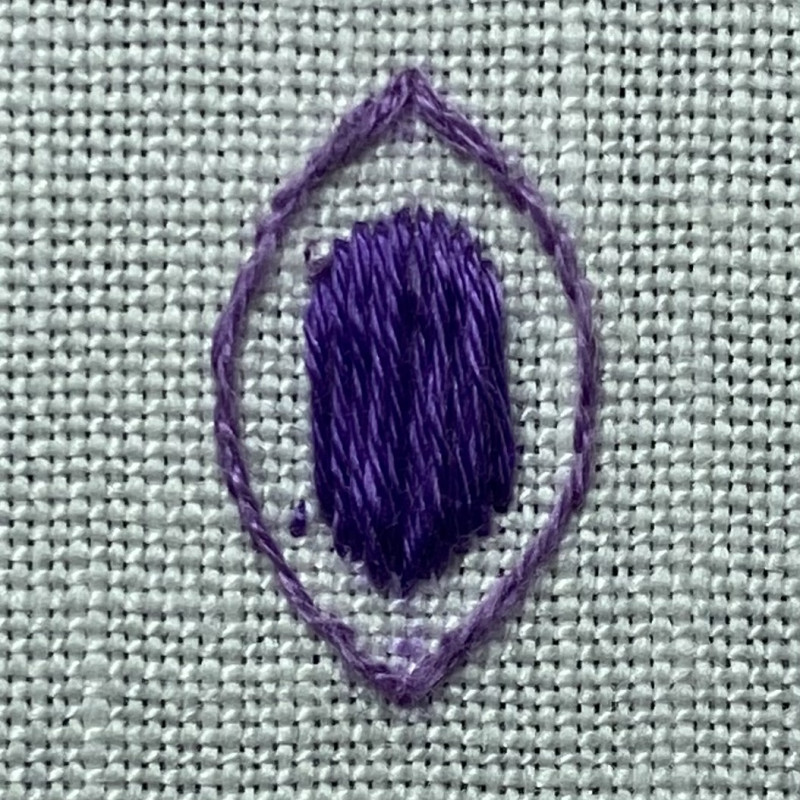 When you have filled the first half, return to the middle and fill the second half. 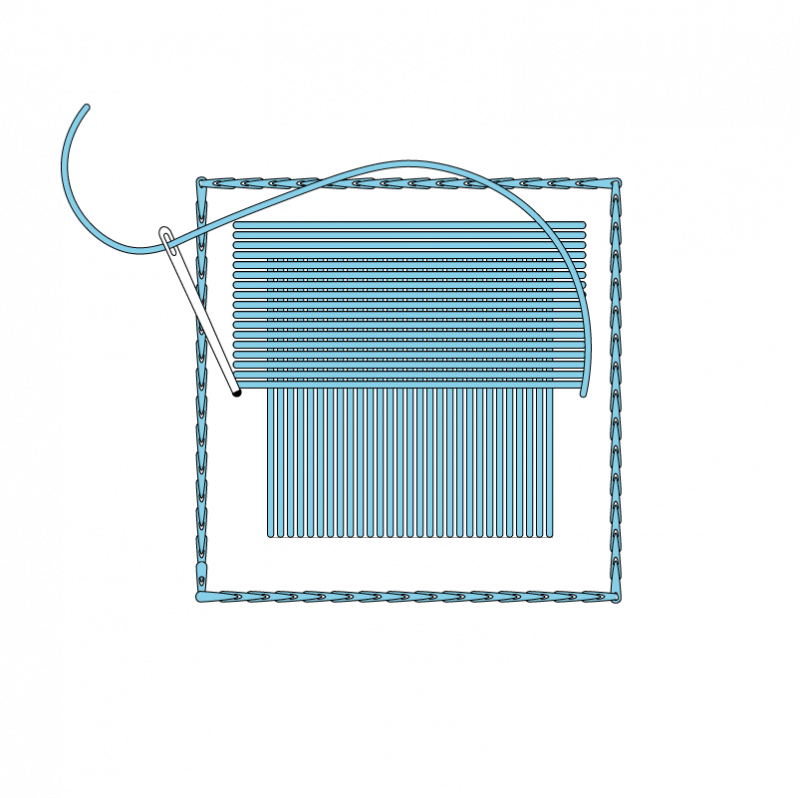 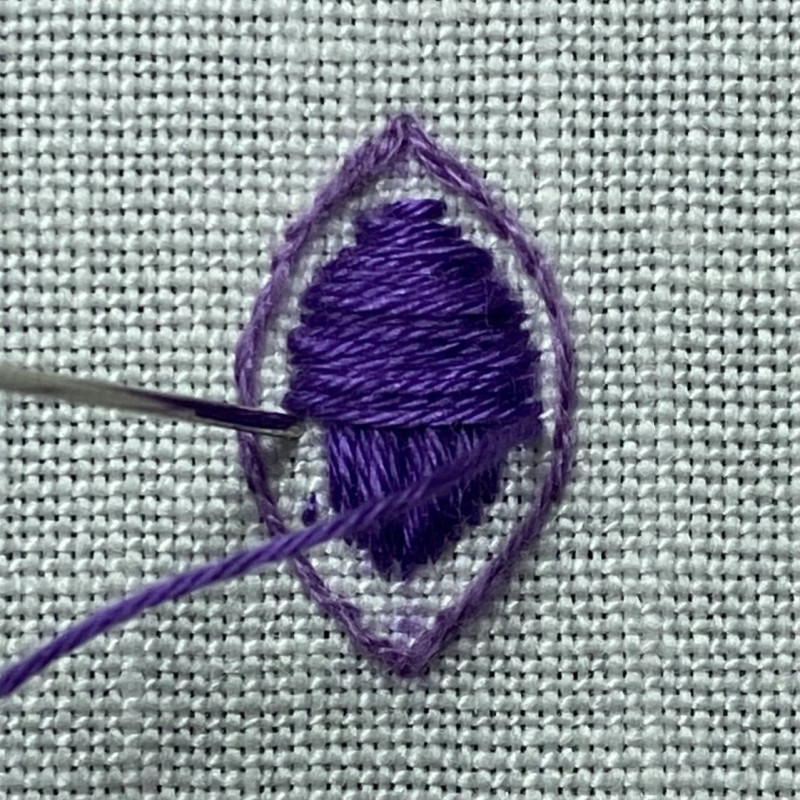 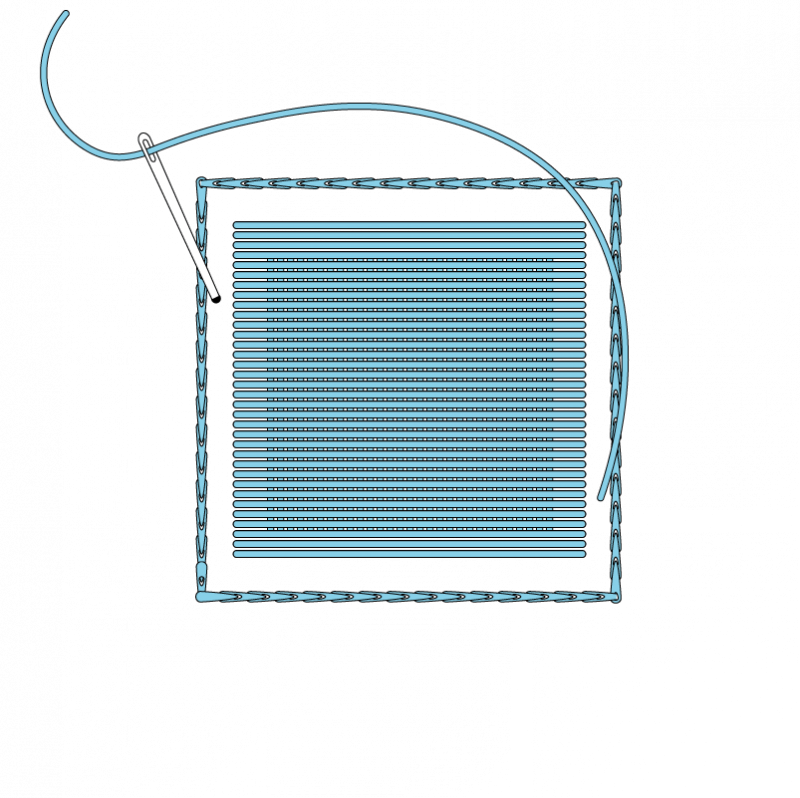 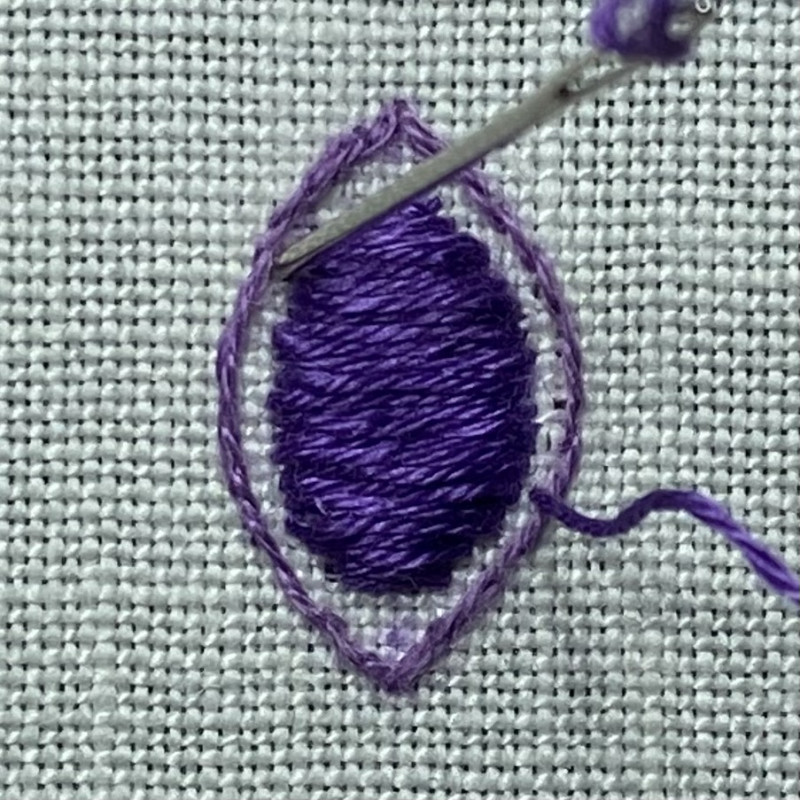 Stitch the third layer in the same way at another angle. Ideally, the last layer should be perpendicular to the final satin stitch. 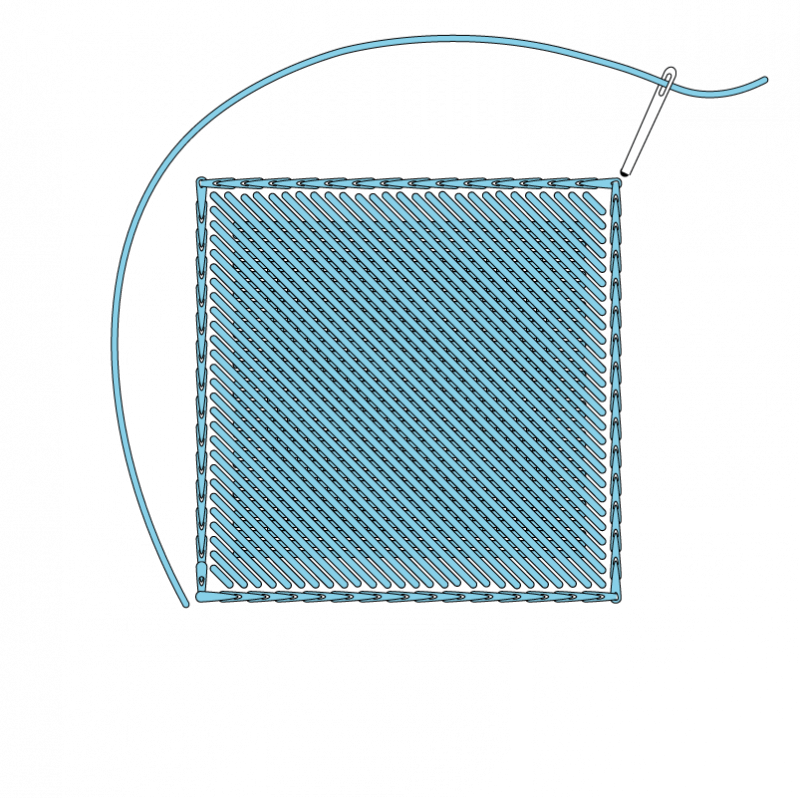 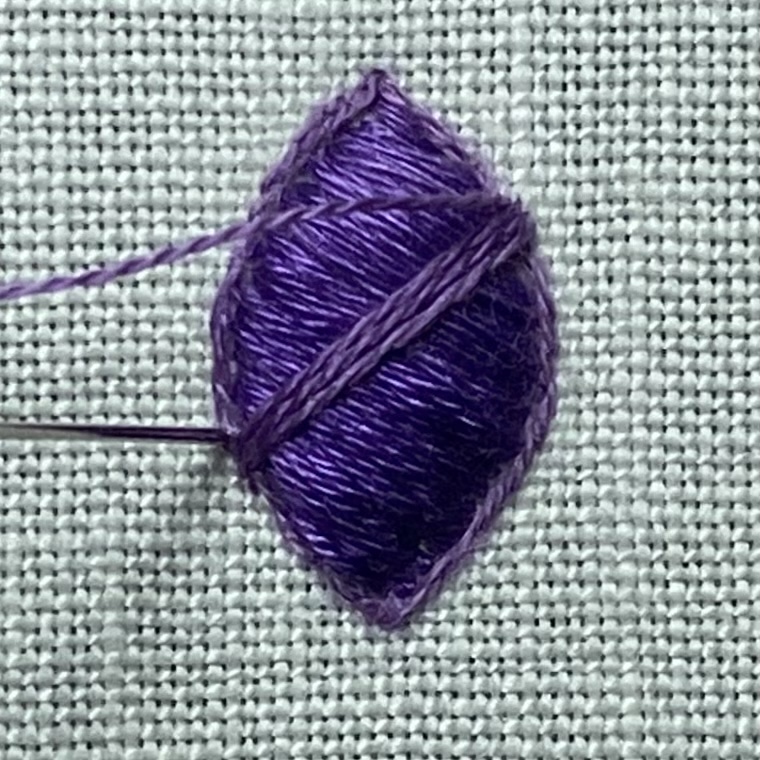 Work satin stitch with your chosen thread over the padding. See Satin stitch for further information. 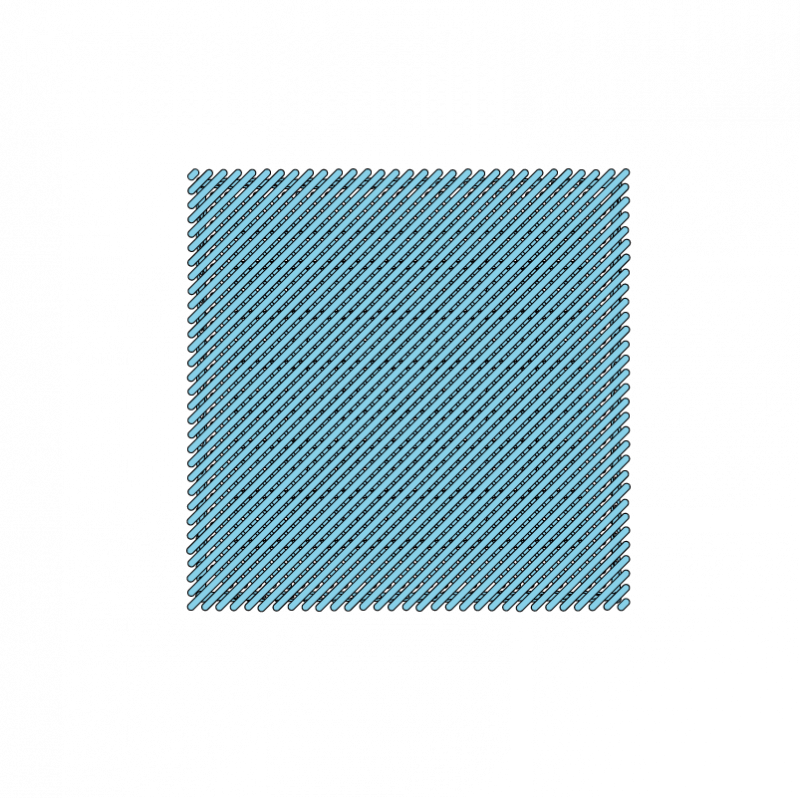 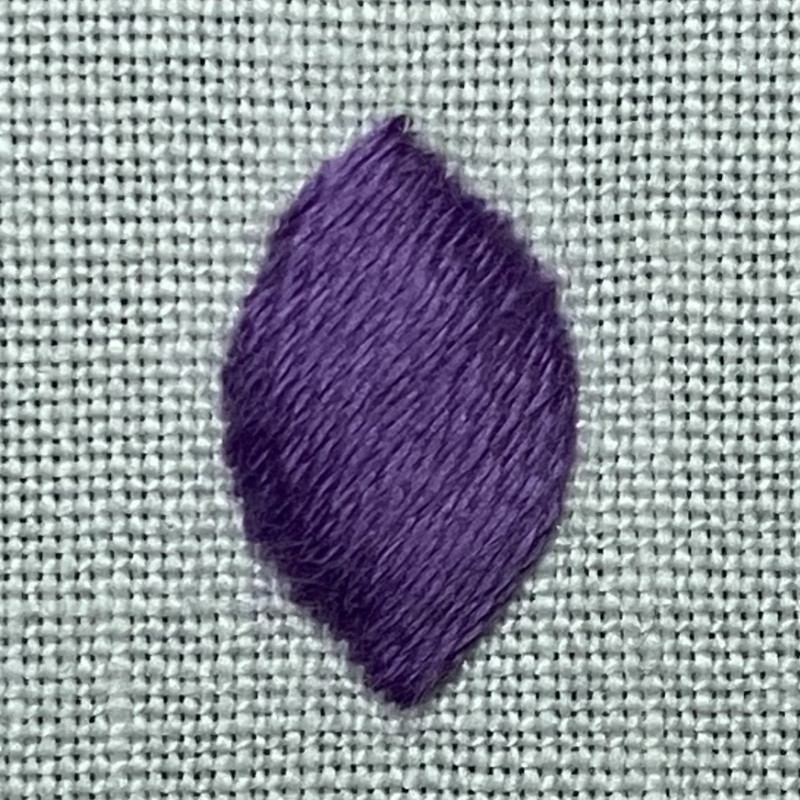 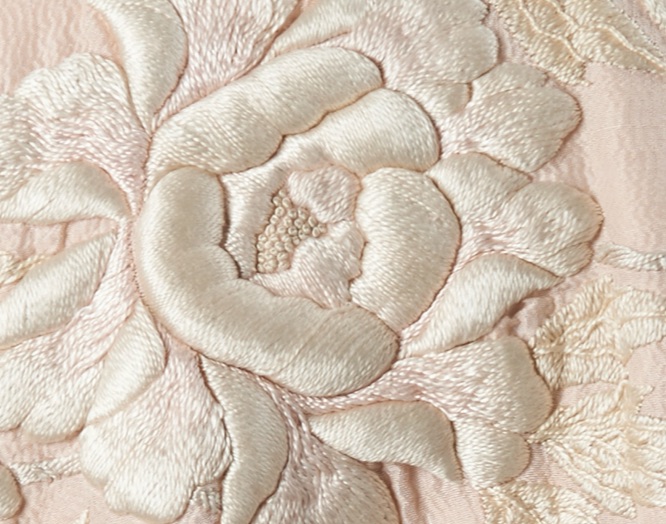 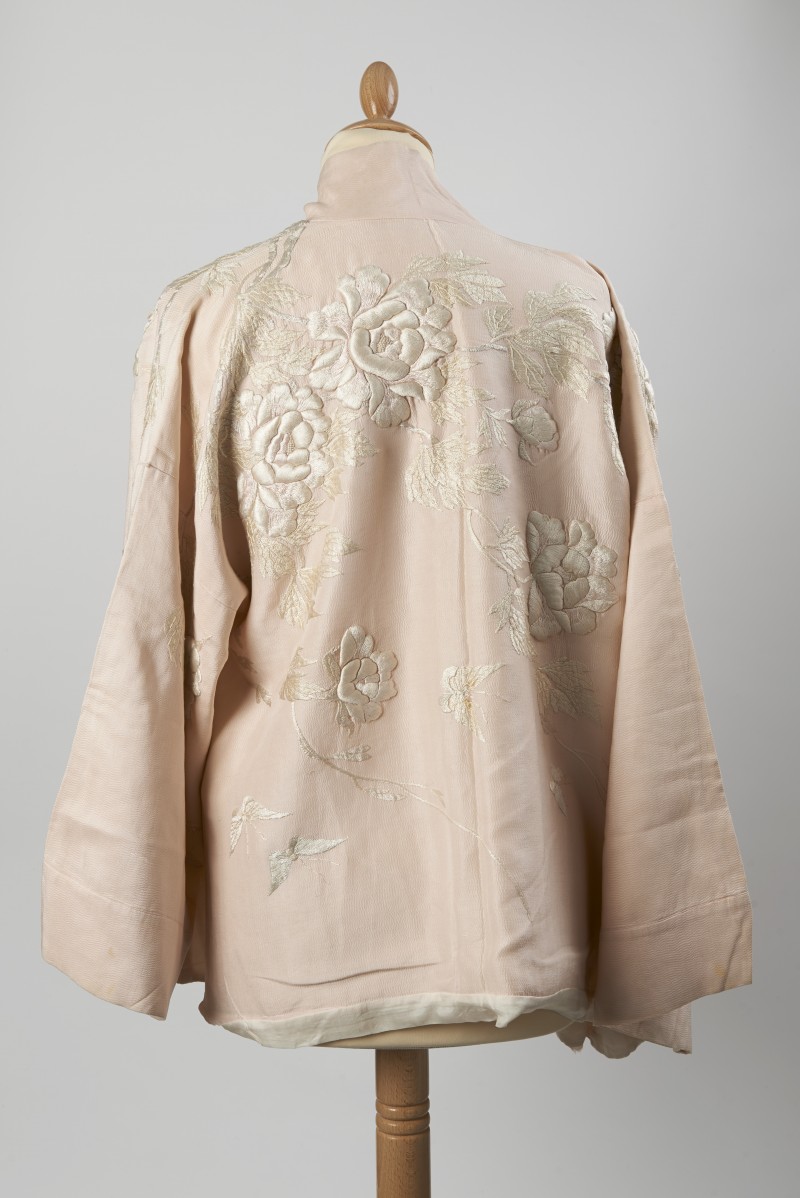