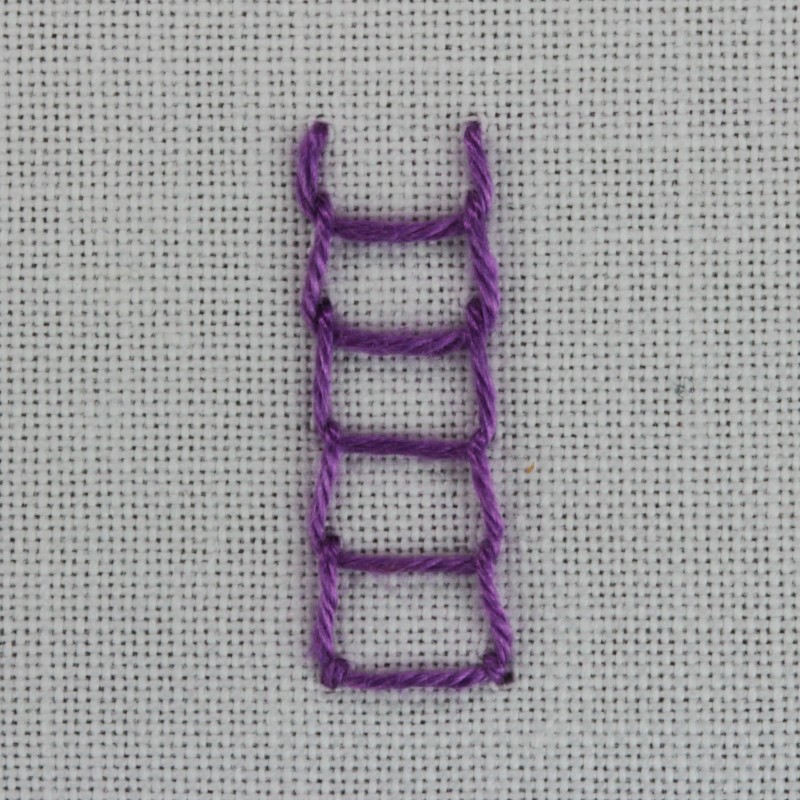 This is a variation on chain stitch where the stitches are wider than the standard variety.  The loop of each stitch is pulled wider which can result in a squarer appearance, hence one of its alternative names of square chain stitch and ladder stitch.

The first known example of open chain stitch dates to the Han dynasty (206BC-220AD), found in excavations in Outer Mongolia.  Since then it has been used across the world: it featured in 16th century English blackwork; and is used extensively by both the Hausa people of Nigeria, and in Rabari embroidery from Kutch in India. It was used in 19th century Oman to decorate trousers; and embellishes garments in Kalotaszeg, a region which spans Romania/Transylvania. 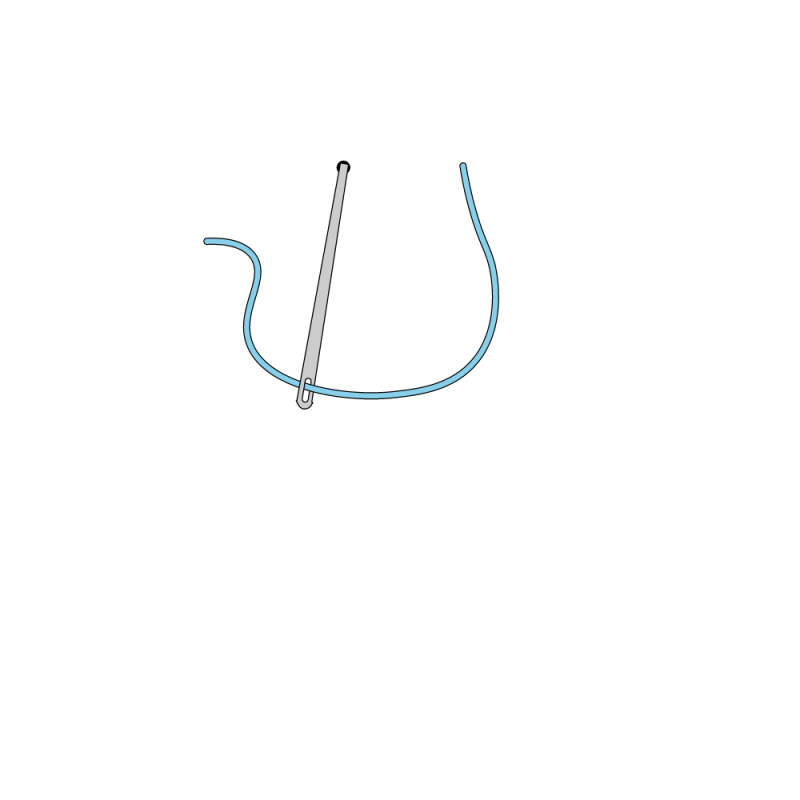 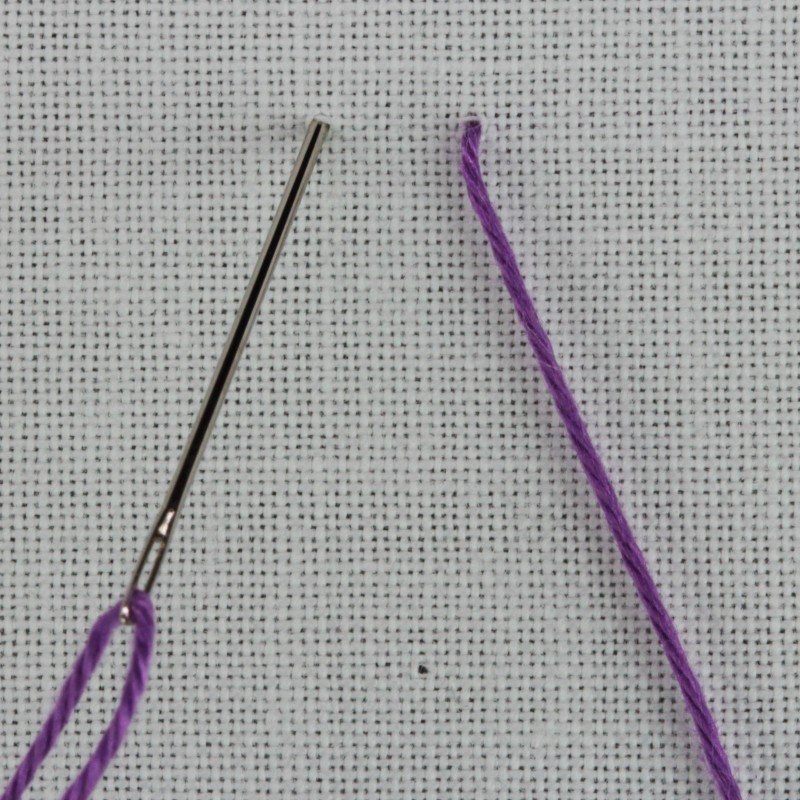 Bring the needle up on the right hand side of the stitch area and take it down at the same level on the left hand side, leaving the thread loose. 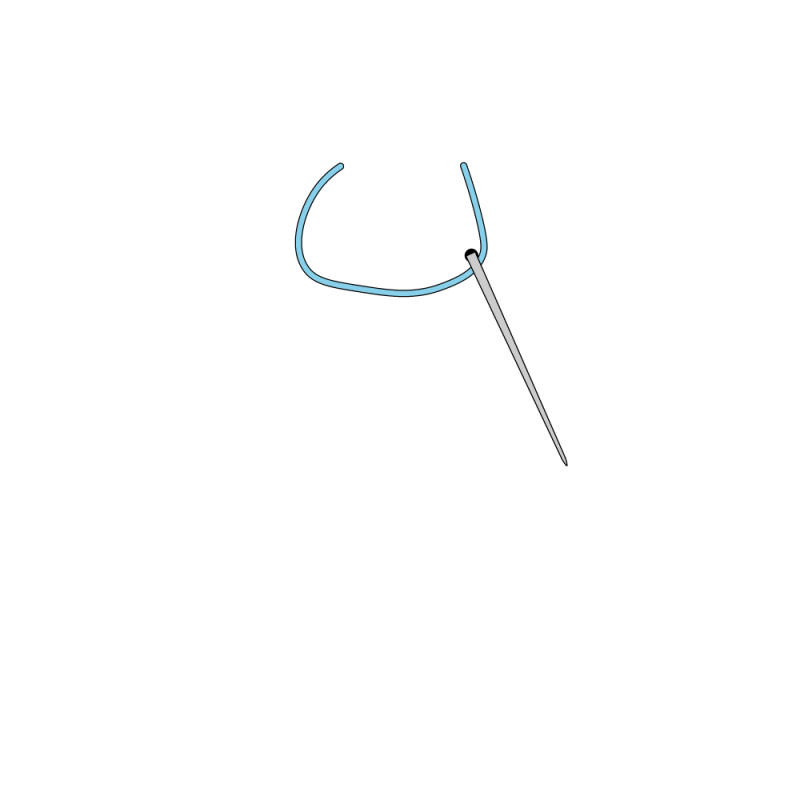 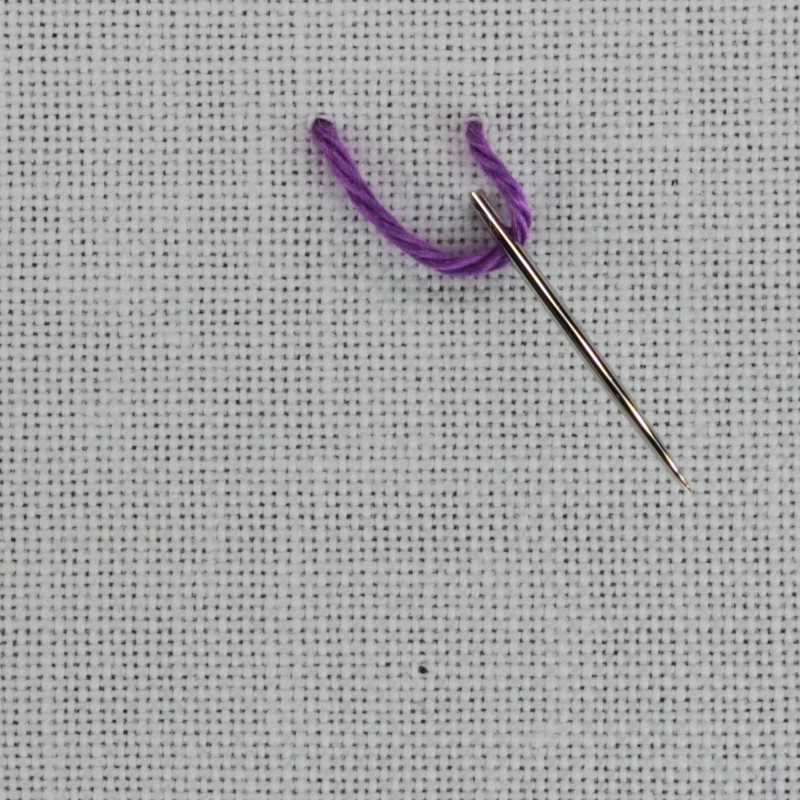 Bring the needle back up on the right, below the first stitch and through the loop. Do not over tighten the loop just yet. 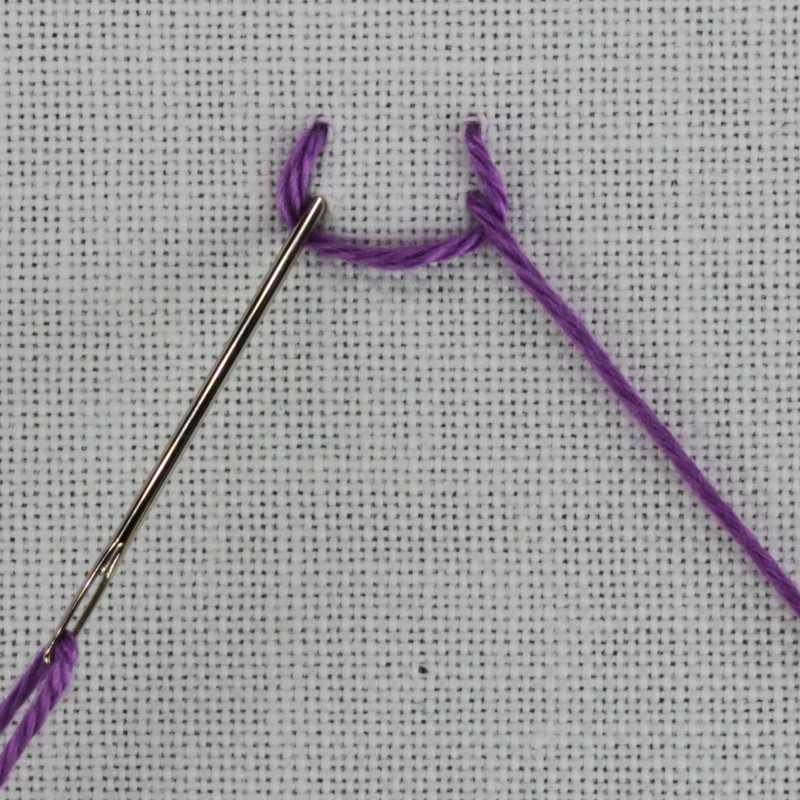 Take the needle down through the loop, level with where the needle was just brought up, again leaving the thread loose. The first loop can now be tightened to form the first open chain stitch. 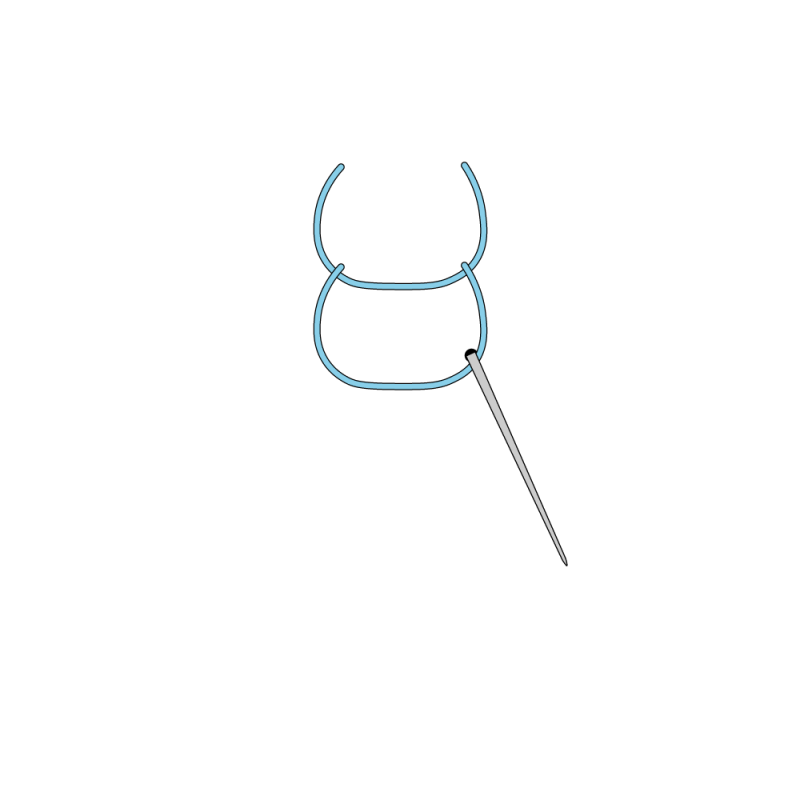 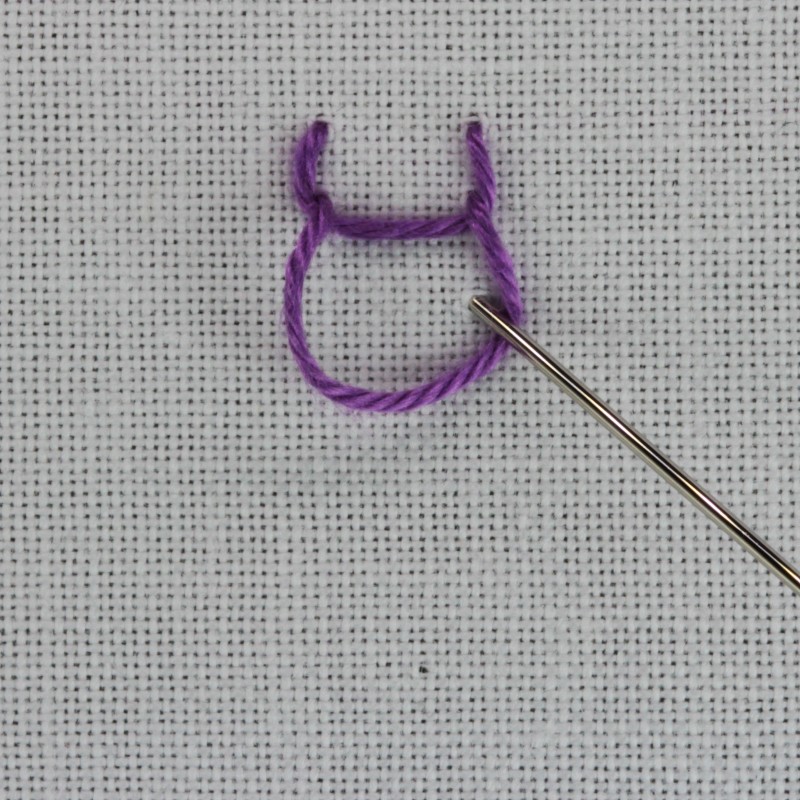 Bring the needle up on the right hand side, through the next loop, keeping it in line with the previous open chain stitch. 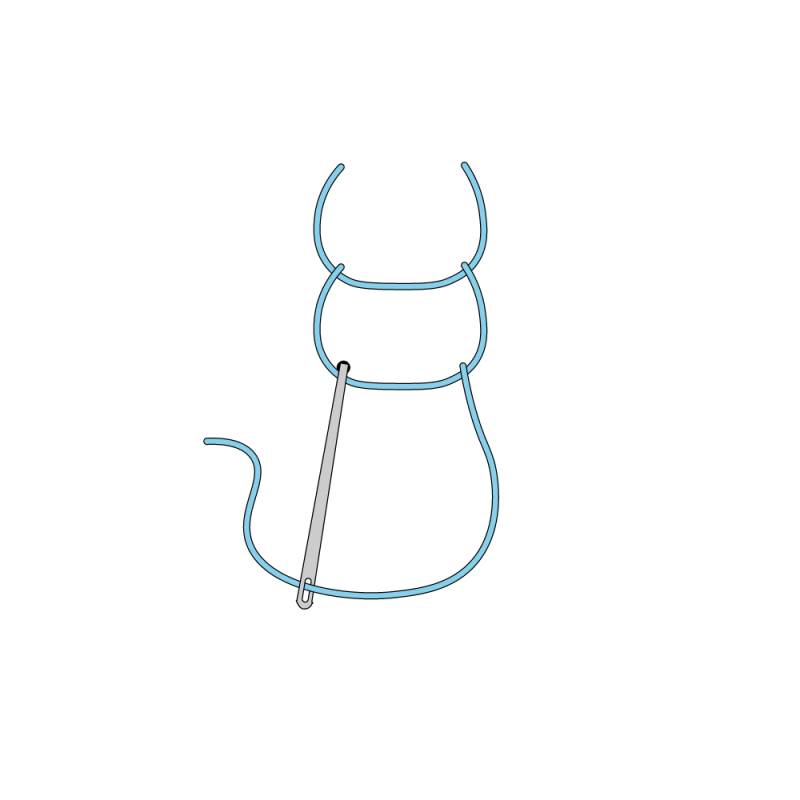 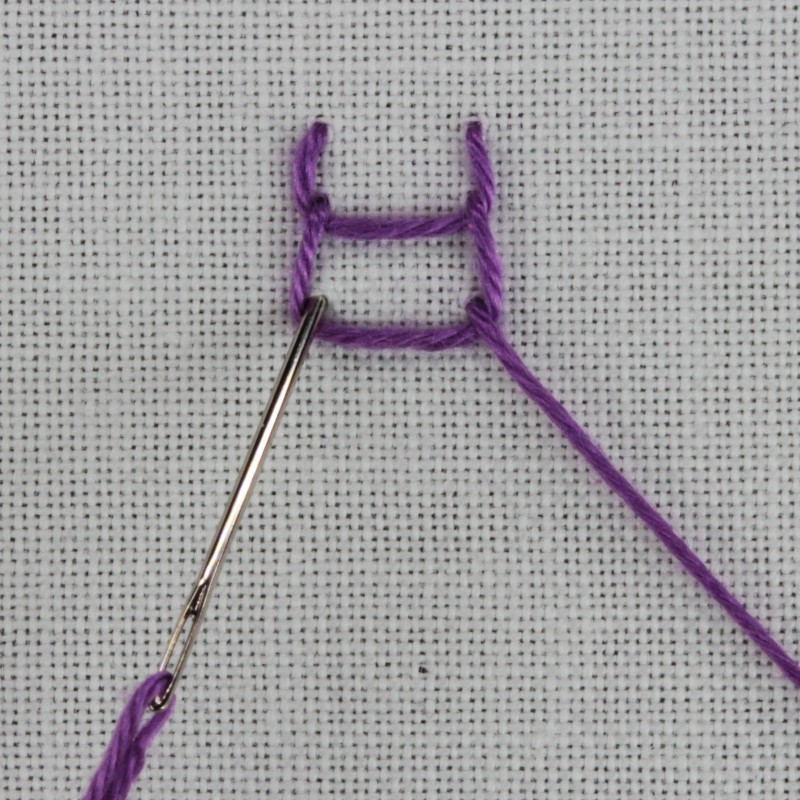 Again take the needle down on the left hand side, through the loop to form the second open chain stitch. Continue working from right to left, creating as many open chain stitches as required. 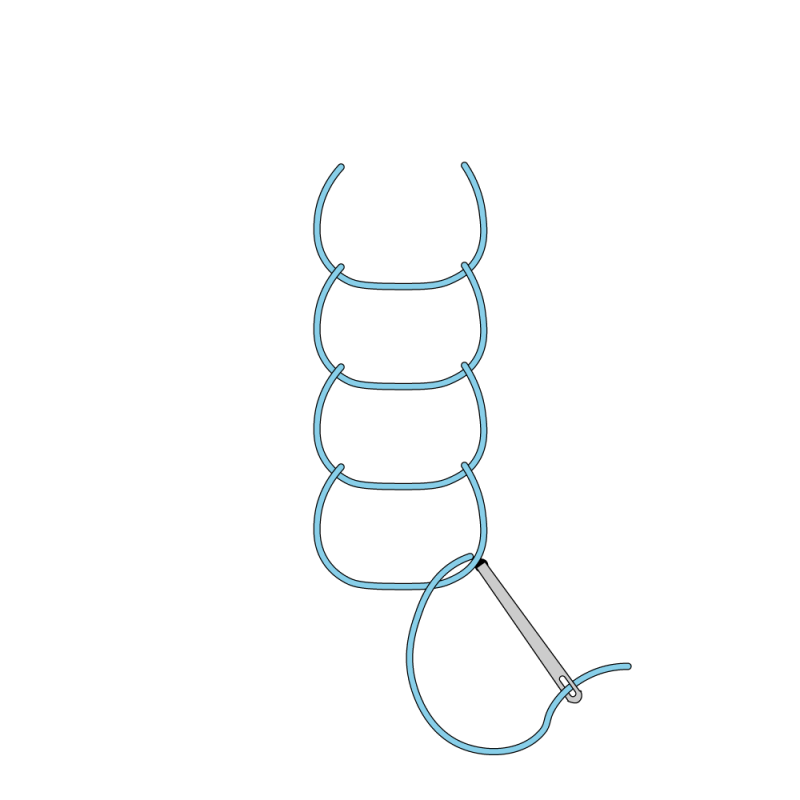 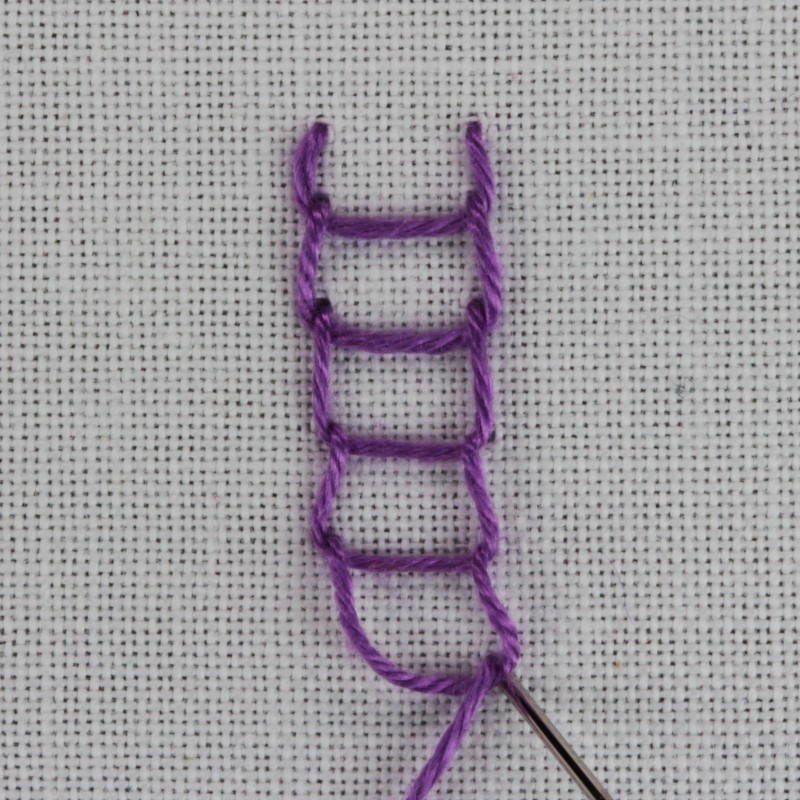 Make a small holding stitch over the last open chain at the bottom right hand corner. 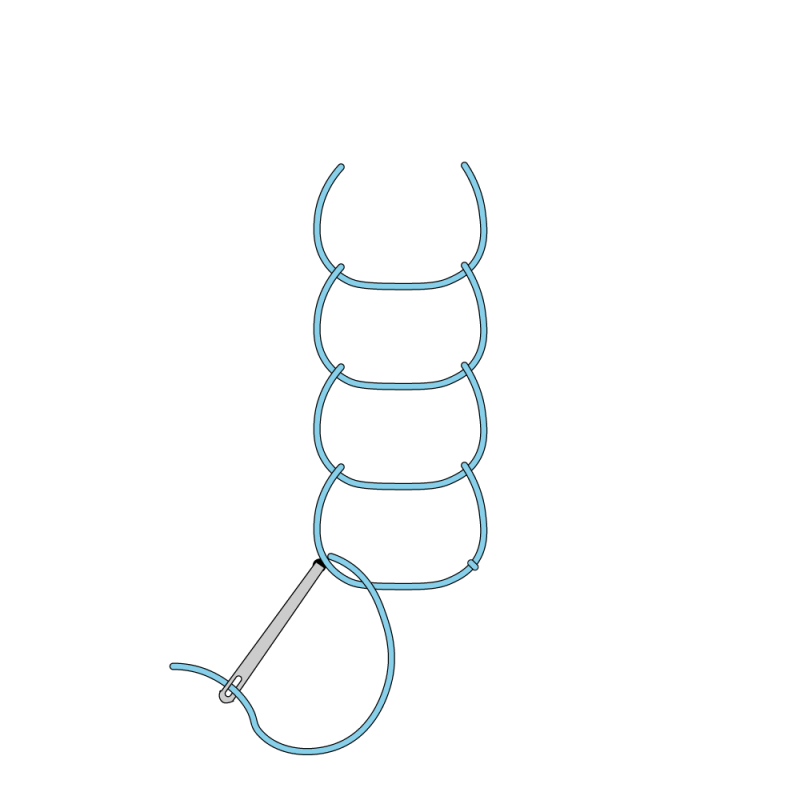 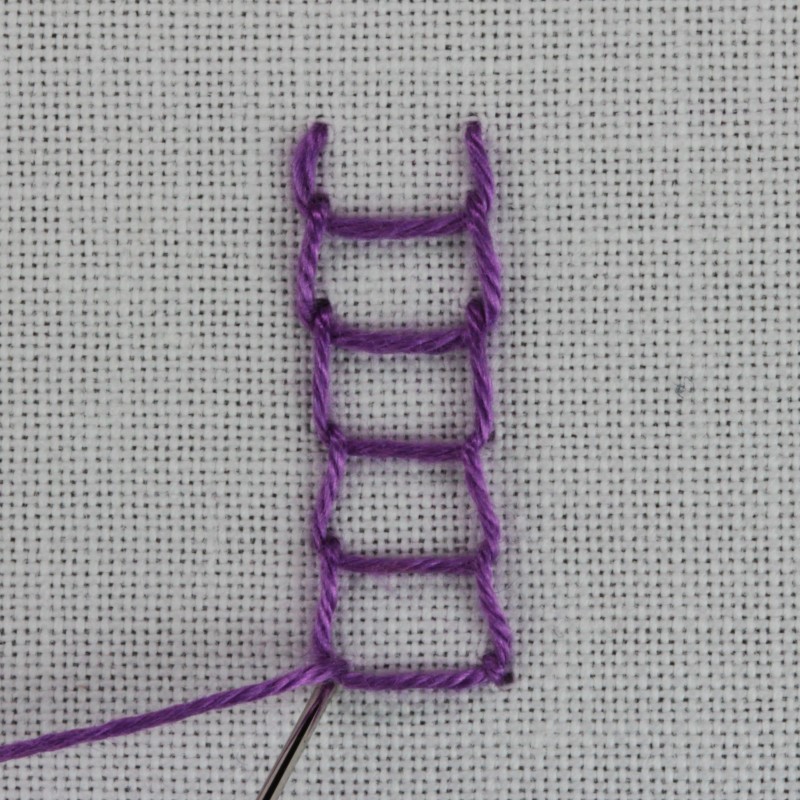 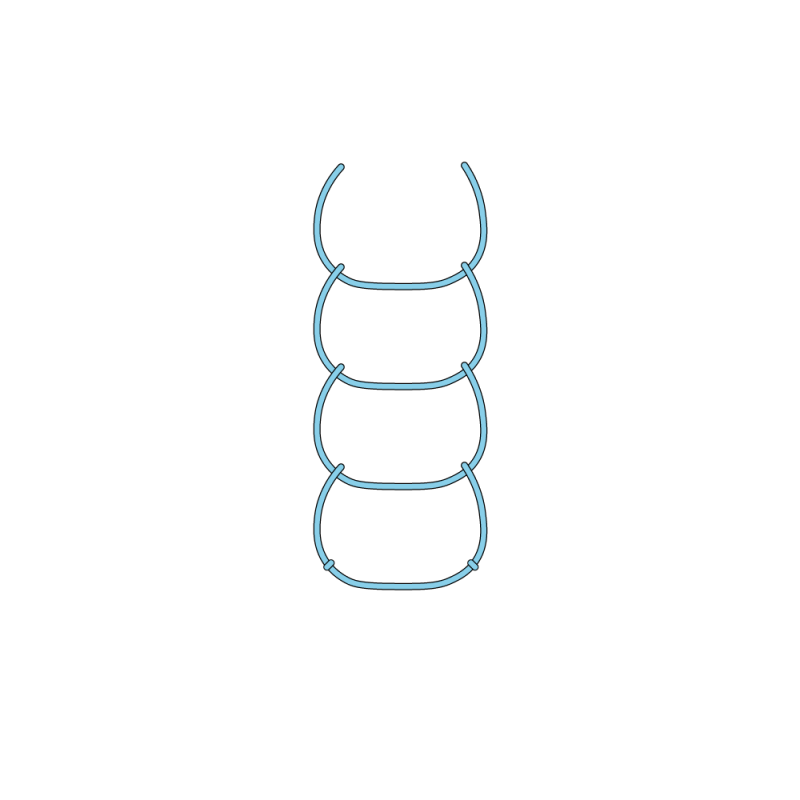