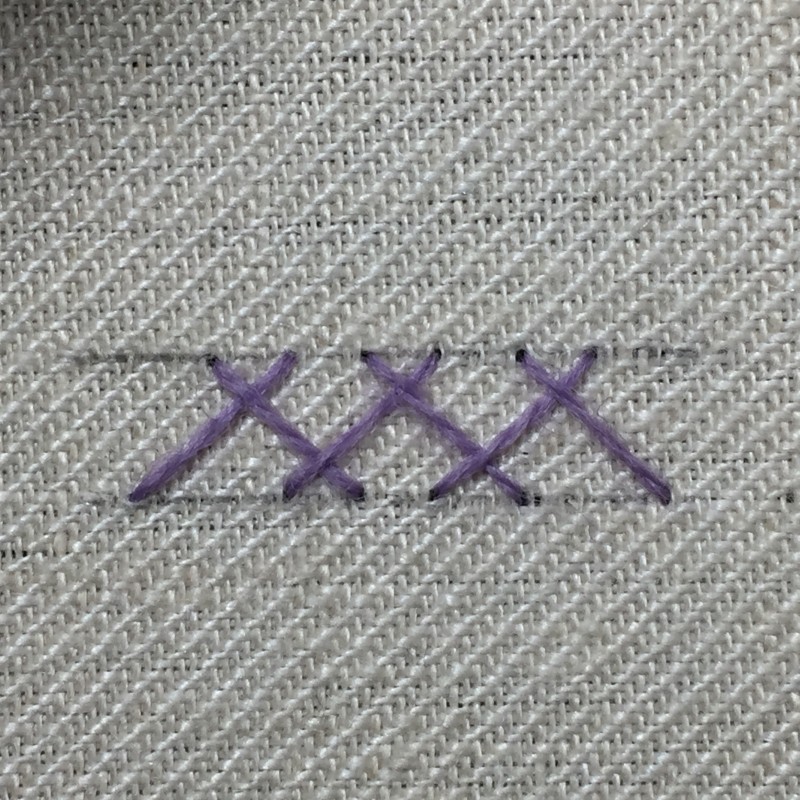 ​This stitch consists of a two rows of slanted, parallel stitches which cross each other near their ends.

Herringbone is much in evidence from the Elizabethan era through to the Jacobean where it was frequently used in curling foliage stems.

Across the world, it is used in Assisi embroidery, a counted thread technique from Italy; in Chefchaouen embroidery from Morocco; in Telli a metal thread embroidery from Egypt, Lebanon and Syria; by the Bedouin of Jordan, Syria, Palestine Israel, and women in the oases of western Egypt; in Rabari embroidery from northwest India and in Kashmir embroidery from Pakistan. 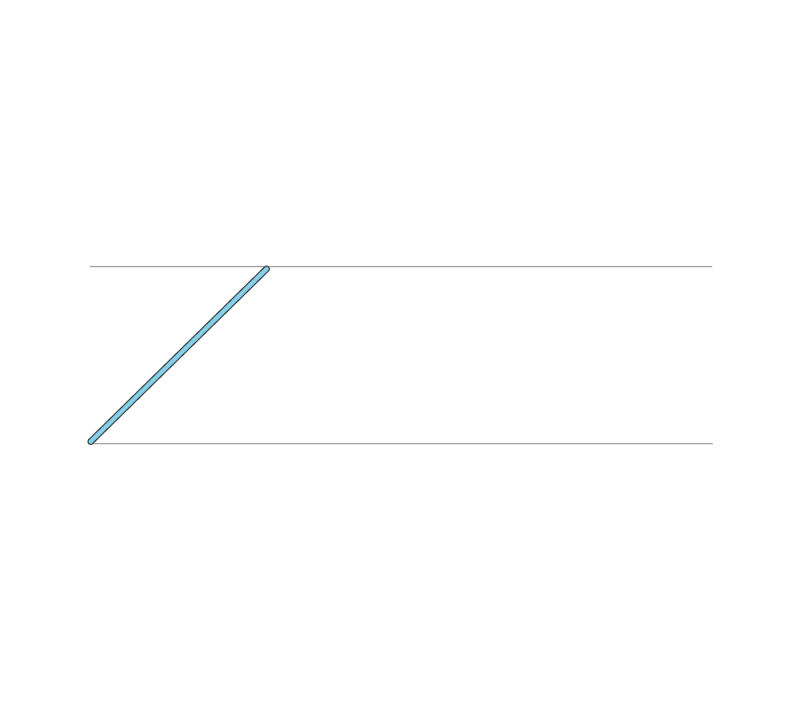 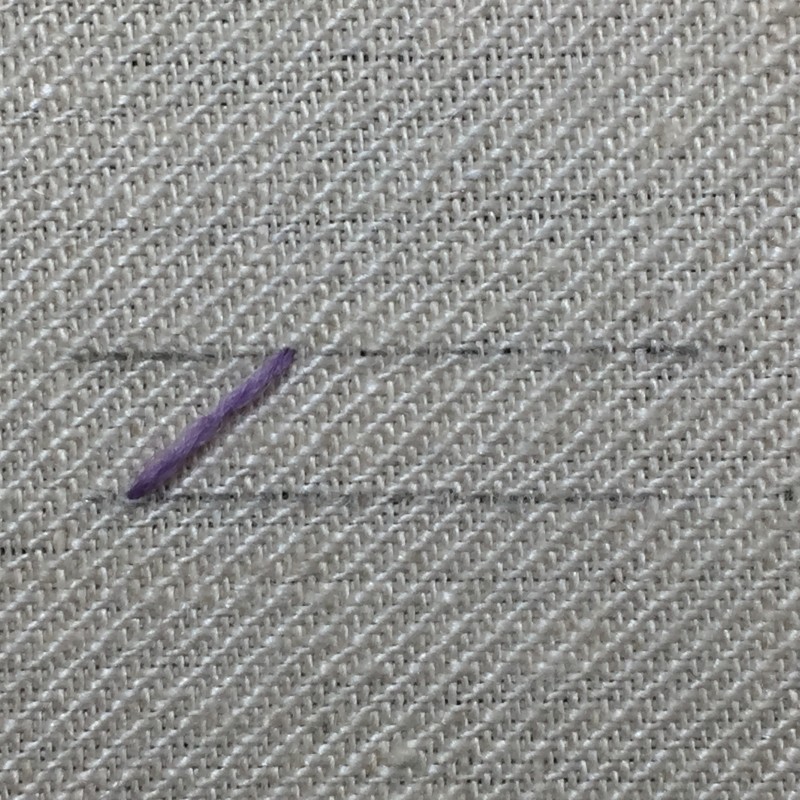 Bring the needle up at the left edge of the bottom design line, and take it down on the opposite line to create a diagonal stitch. 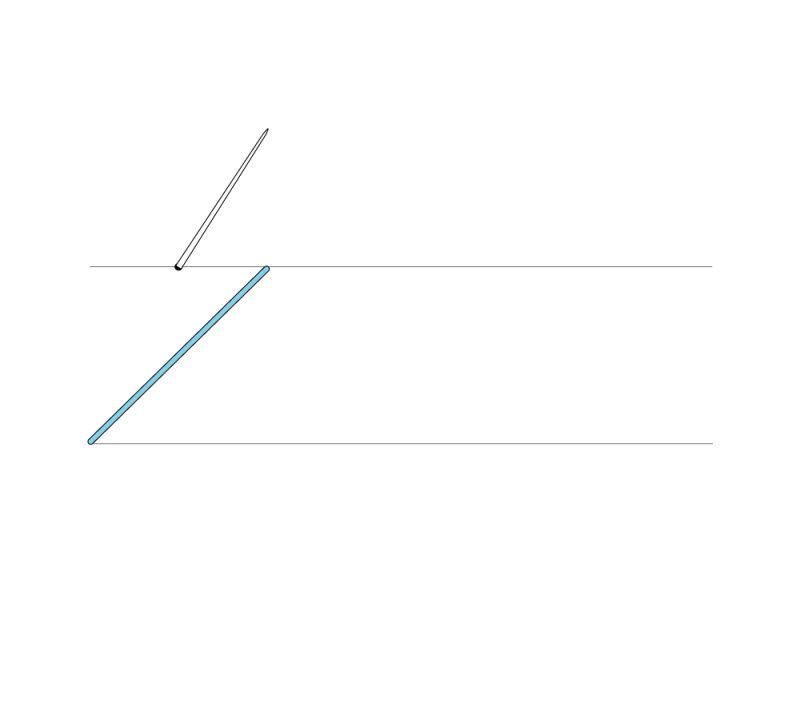 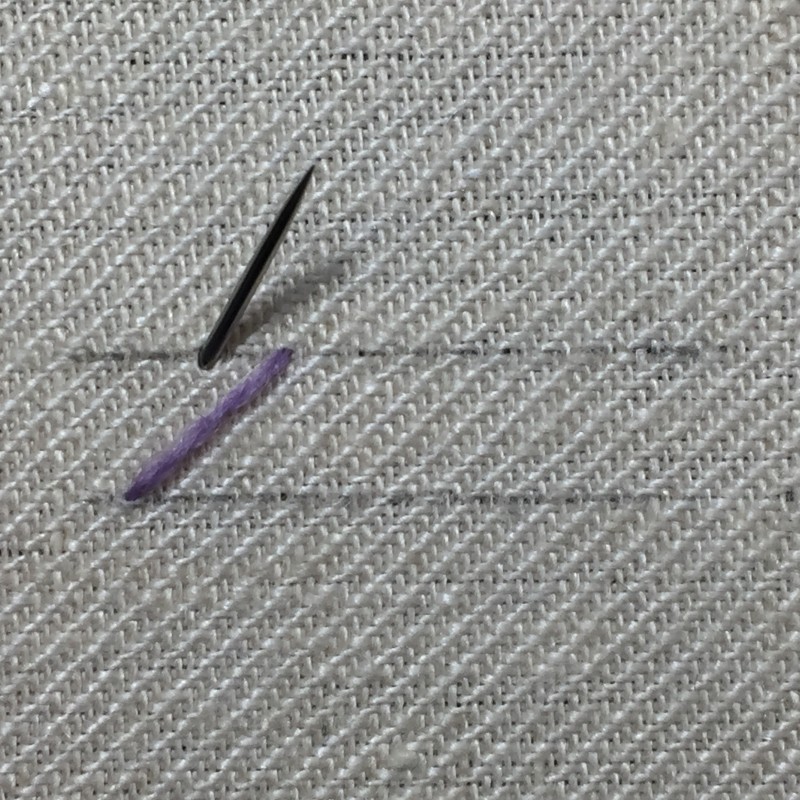 Bring the needle up a little way behind where you took it down, staying on the design line. 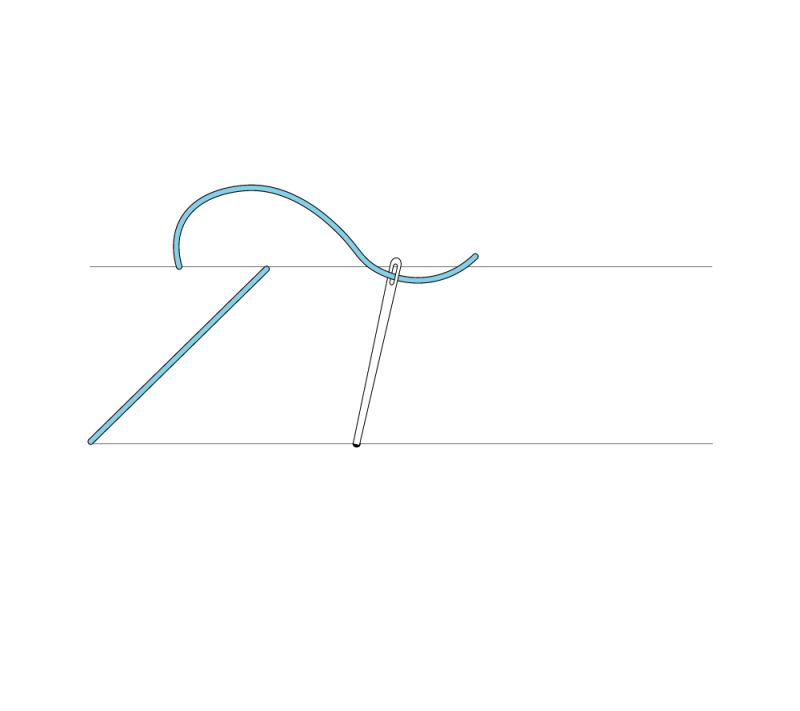 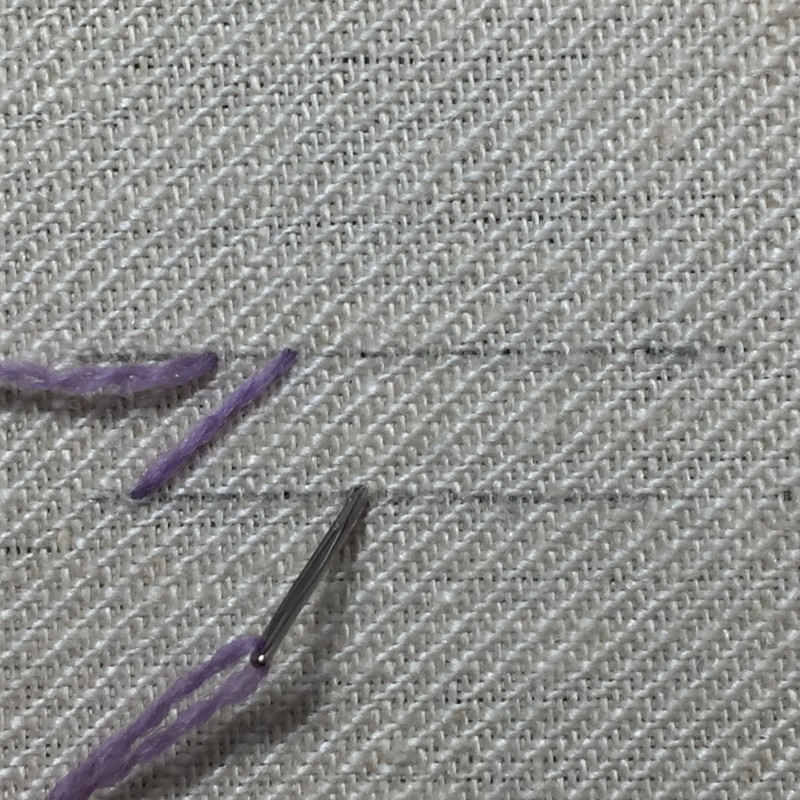 Take the needle diagonally across the initial stitch, as shown, then down.  Your stitch should be a similar length to your first diagonal stitch. 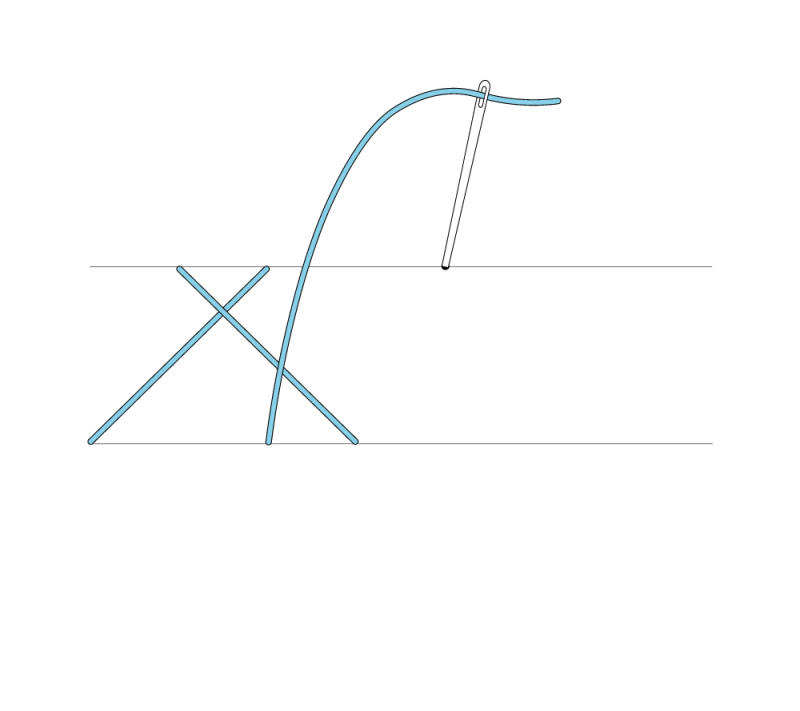 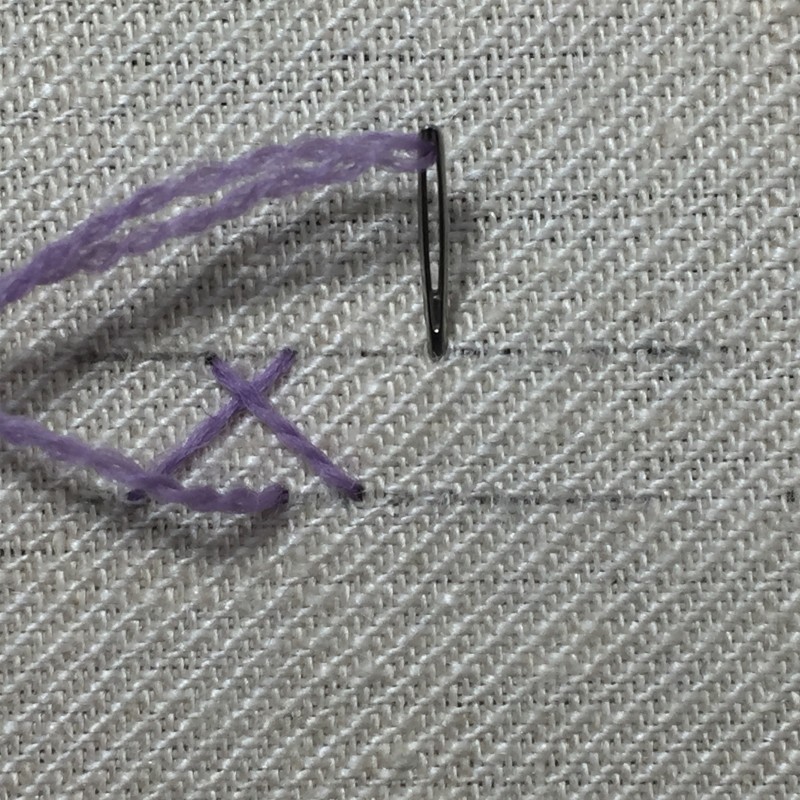 Pull the thread through, then bring the needle up behind where you took it down. Form another diagonal stitch, as before. 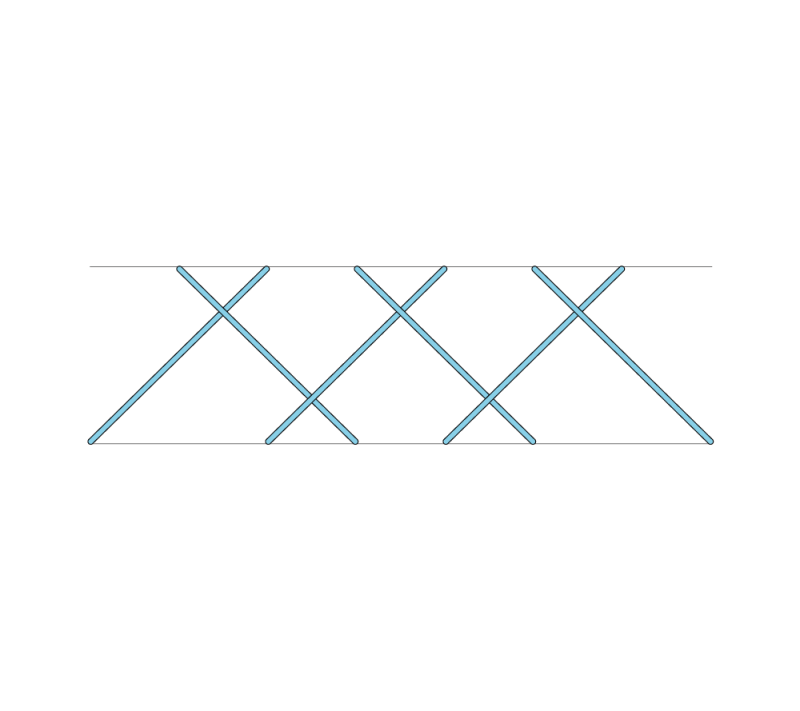 Continue in this way until the shape is filled.

Traditionally used to secure one fabric to another, if stitched evenly and neatly this stitch can provide an attractive embroidery border of filling stitch.

​Horizontal and vertical rows of stitches that run diagonally over each other, crossing each other near to the end of each stitch.