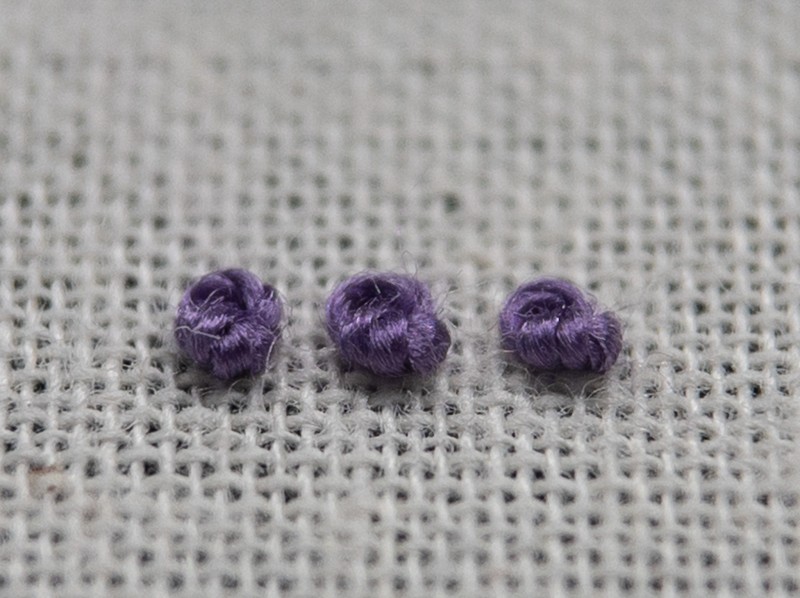 ​A bold raised knotted dot used for decorative purposes giving texture to the surface of the material.  They can be used singly or in closely packed groups or scattered.

French knots appear as one of the stitches on the Butler-Bowdon cope, a piece opus Anglicanum from the 14th century (although they were not a particularly common stitch in this tradition).  They were also used on a notable piece of Swiss/south German ecclesiastical embroidery from the 16th century and by the following century were certainly in common usage in both Jacobean crewelwork and in raised work (frequently used to depict foliage or hair).

By the 19th century they were being used across different embroidery traditions and regions: in Britain they were used at the beginning of the century to embellish silk needlepaintings; to create geometric designs for Java canvas work (named for the origin of the fabric), and in the 1870s and 80s to cover large areas of the ground fabric of what were termed ‘etching embroideries’; in Eire they were used as a key element of Montmellick white work; and in Portugal as part of the Guimarães embroidery tradition. 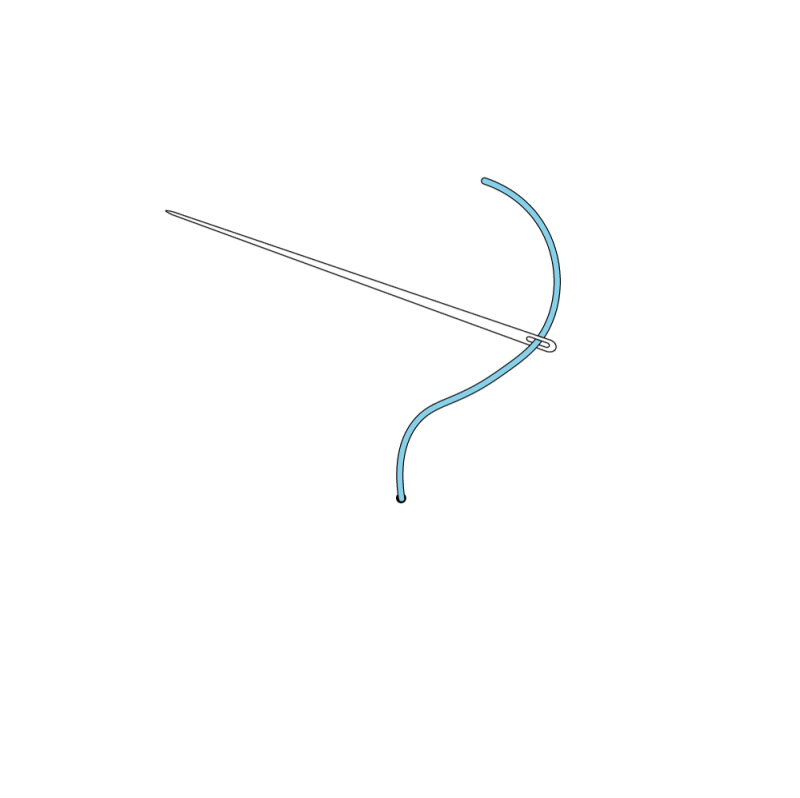 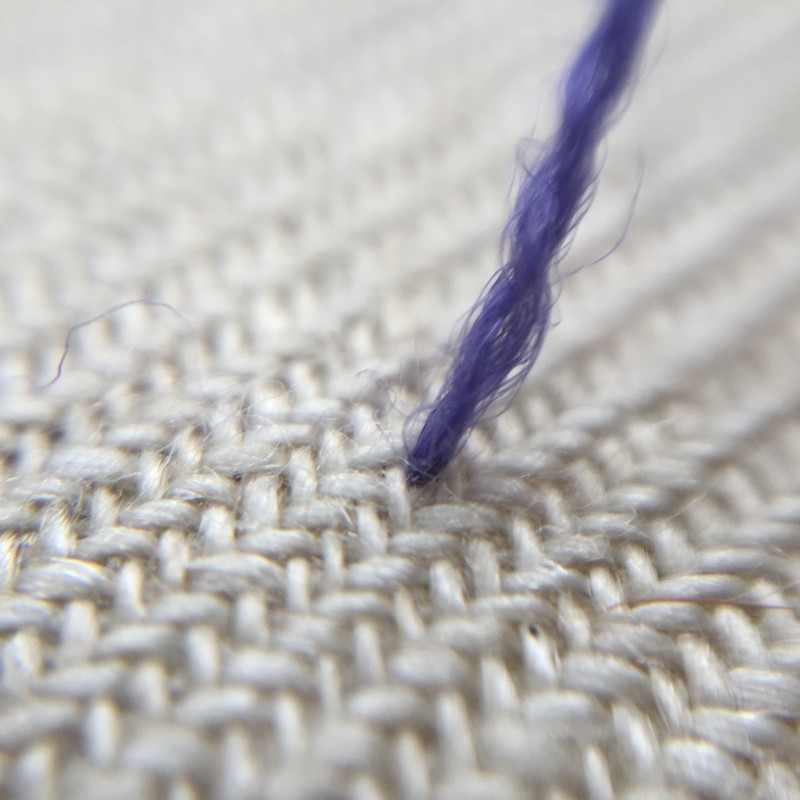 Bring the needle up through the fabric where you want the knot to sit. 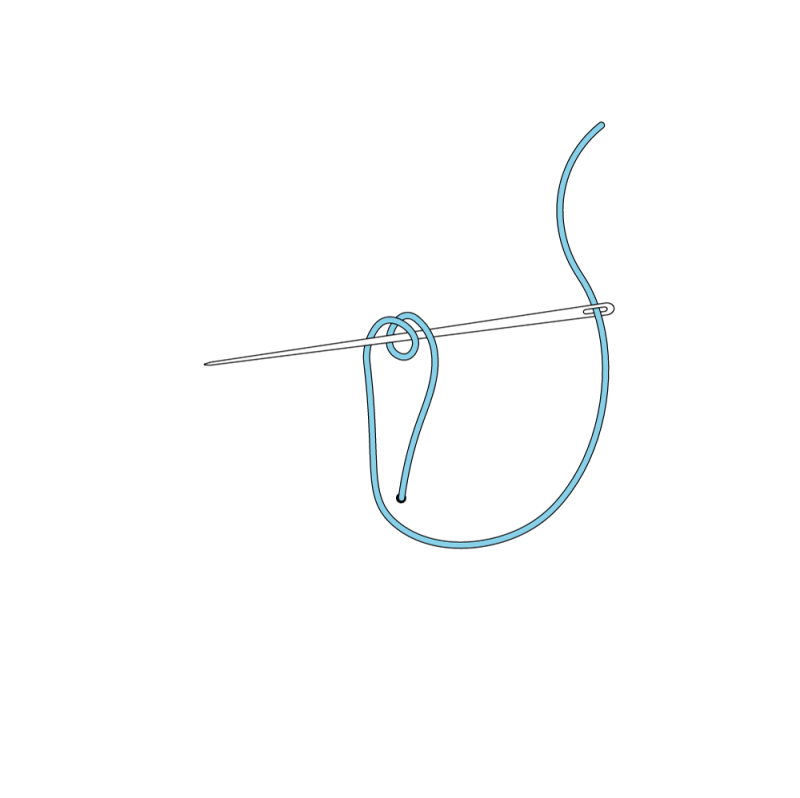 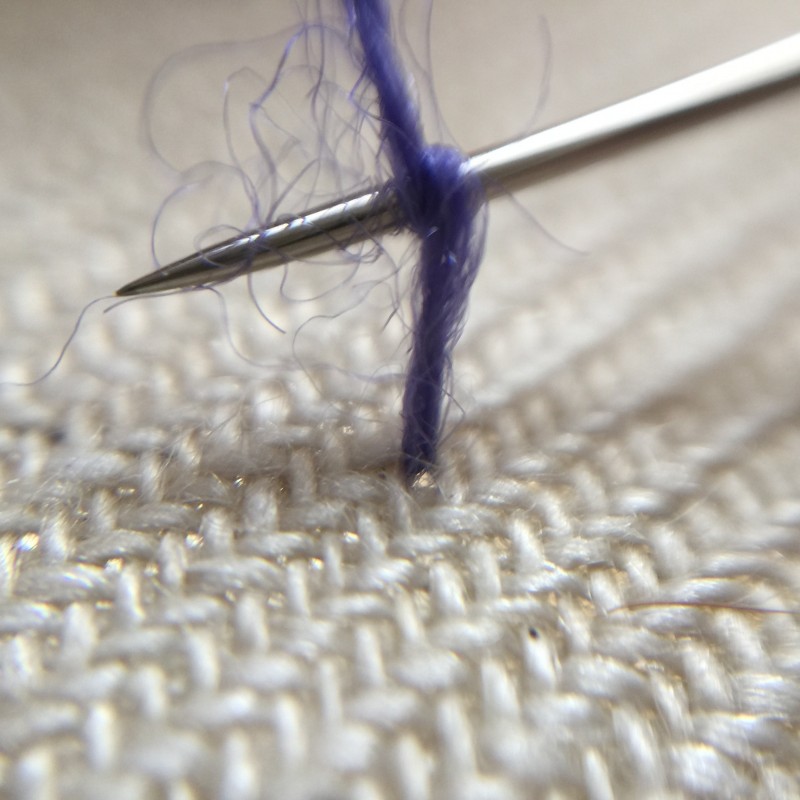 Take the thread around the needle once or twice to form a spiral. 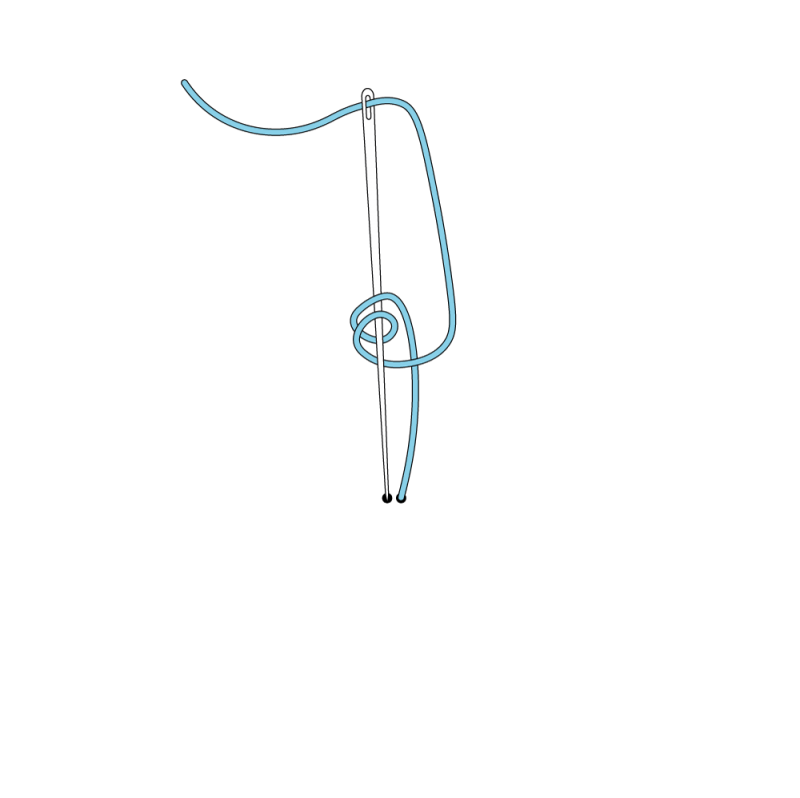 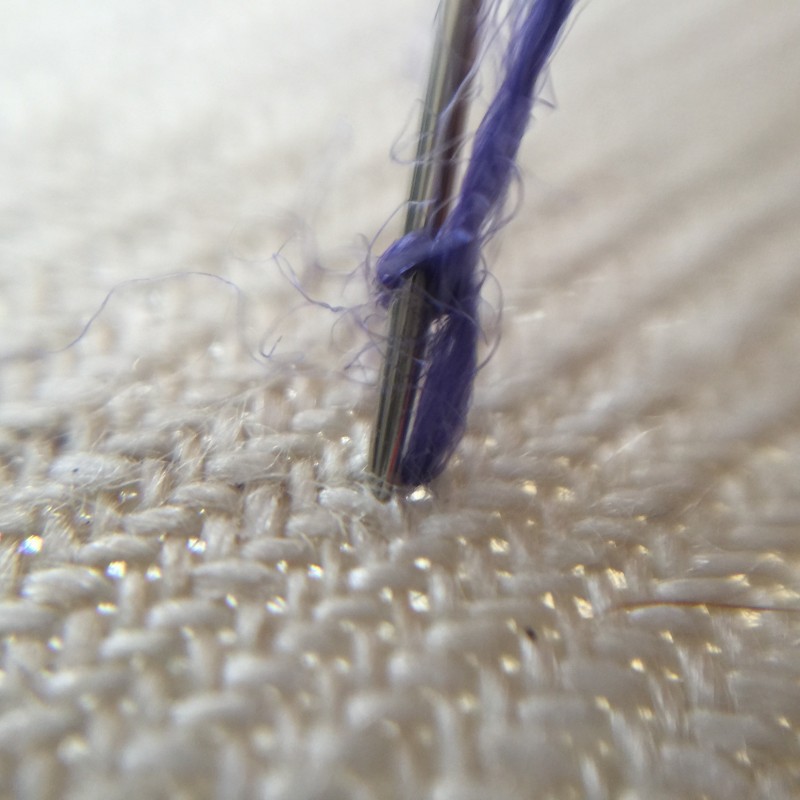 Place the needle into the fabric, very close to where it emerged. 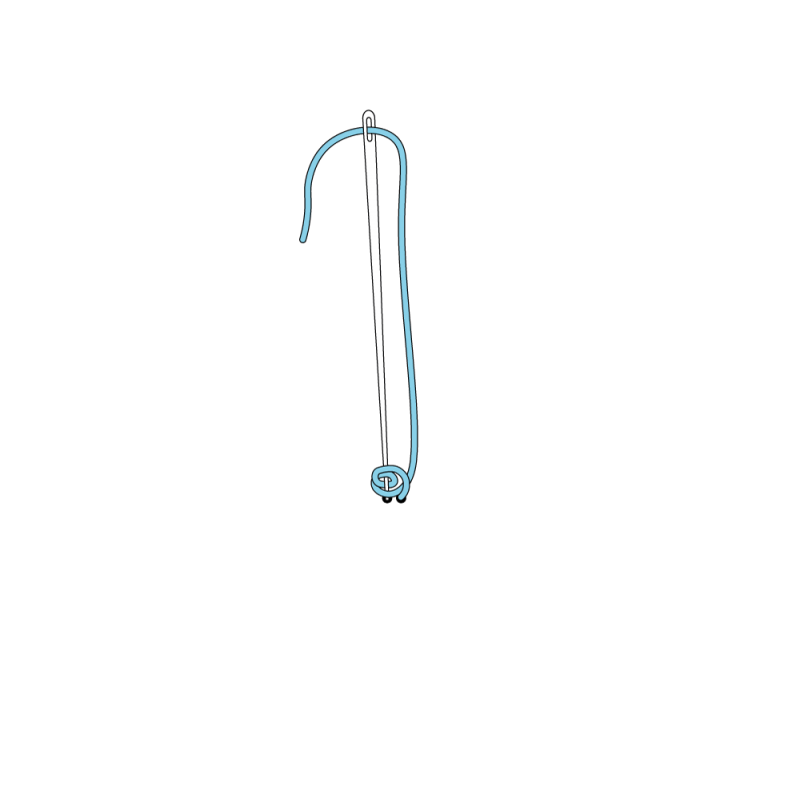 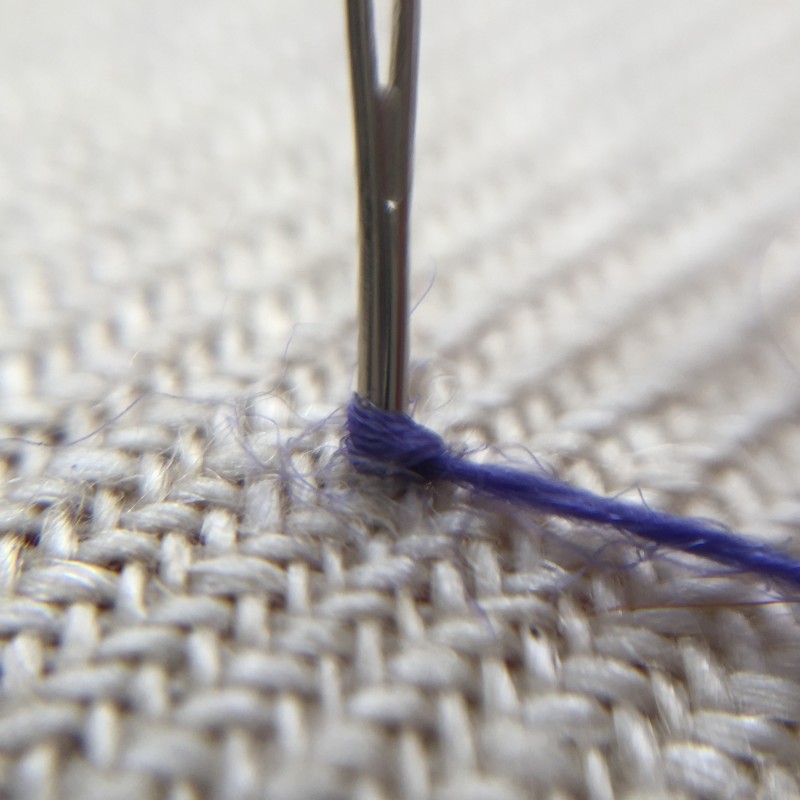 Draw the knot down to where the needle enters the fabric. 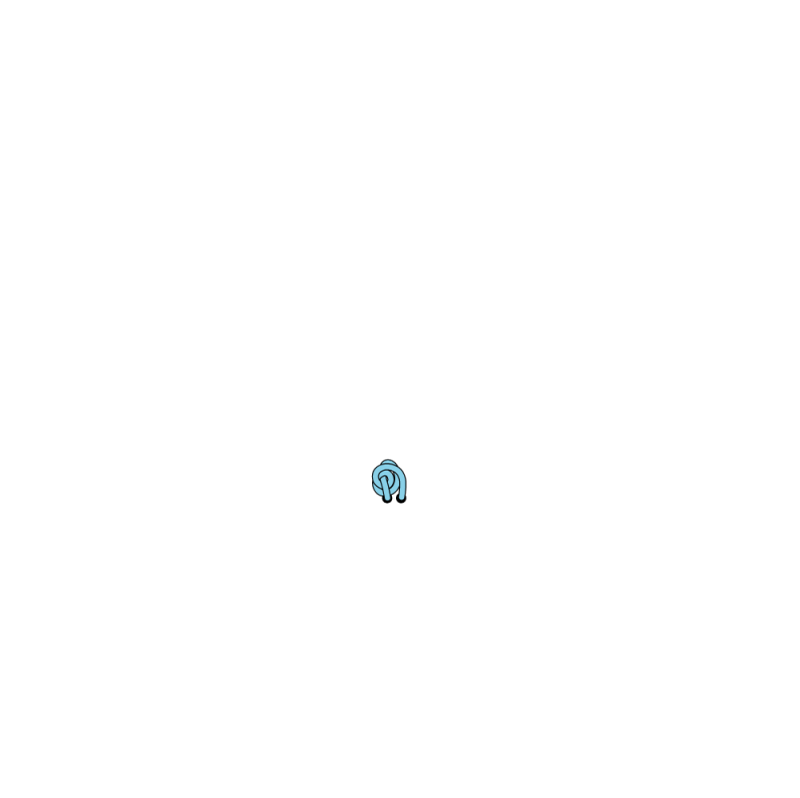 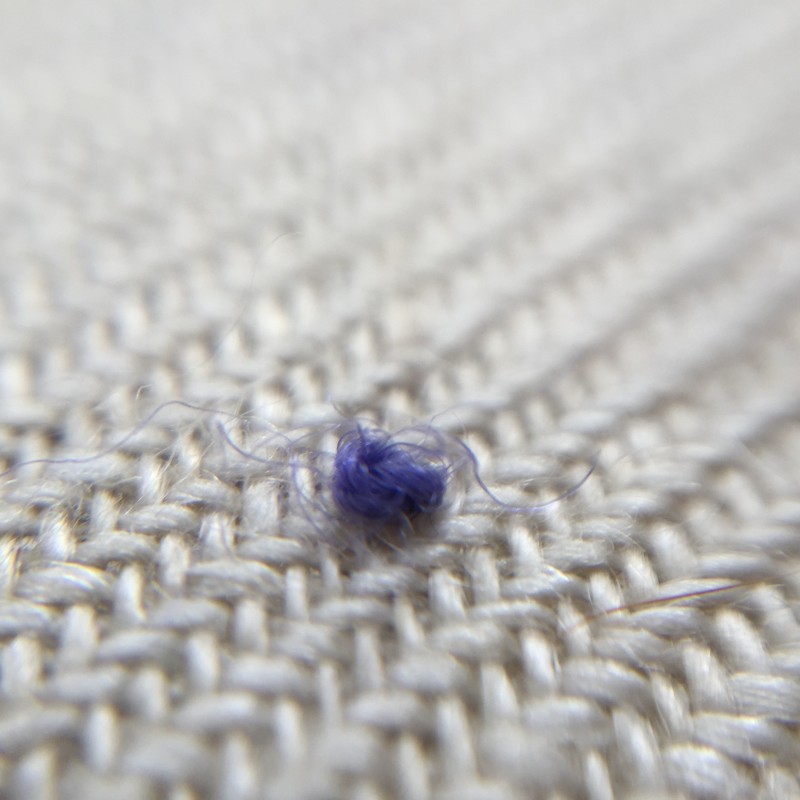 Keeping the thread taut at all times, pull the needle through to complete the knot

The french knot is produced on the fabric surface by wrapping the needle once or twice and then returning the needle and thread to the back of the fabric extremely close to where it came up.

Examples of French knot from the RSN Collection 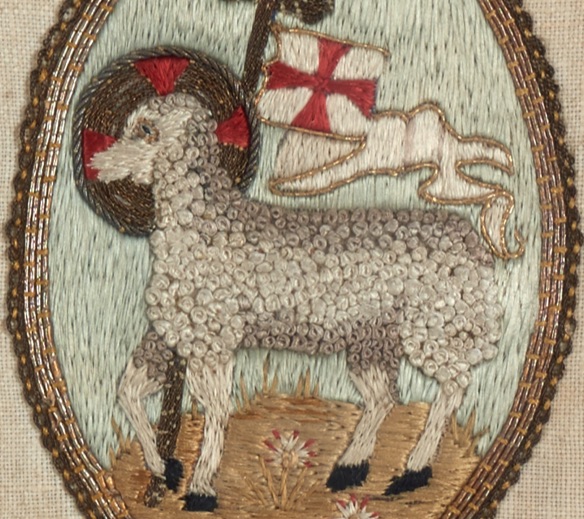 French knots have been used to render the wool of the lamb. 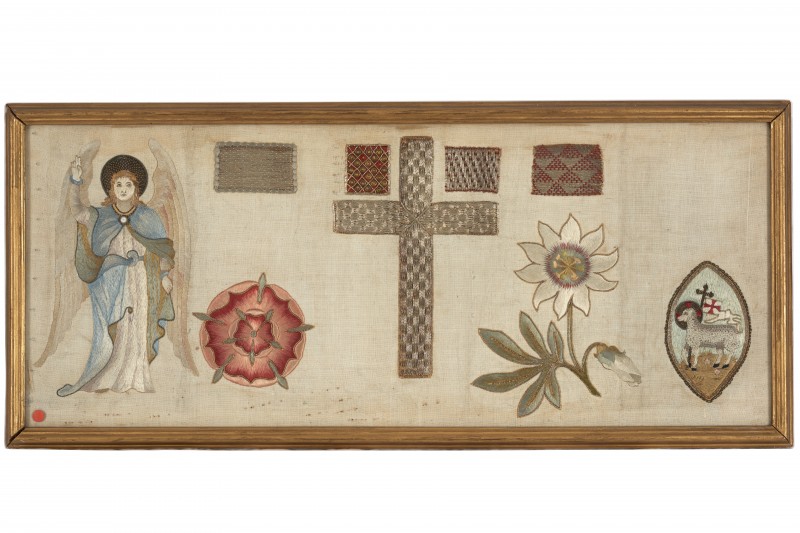 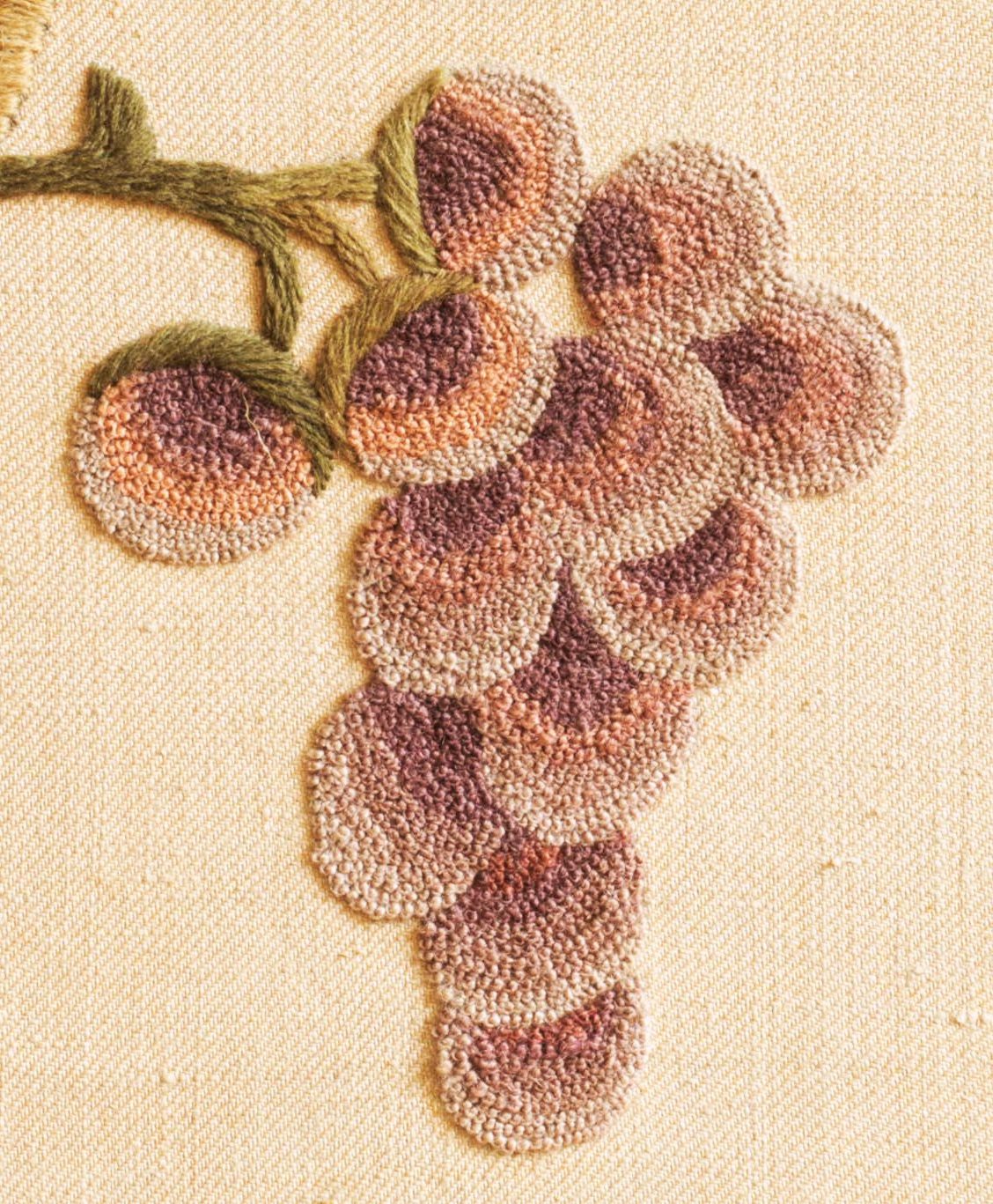 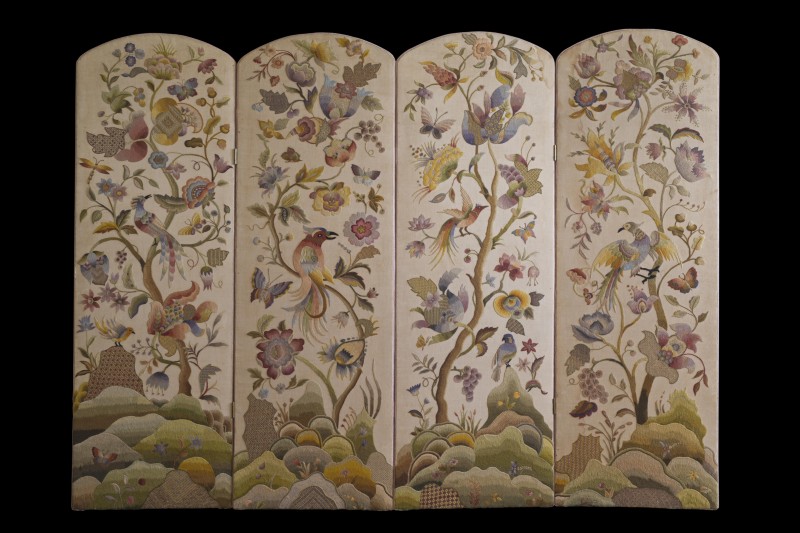