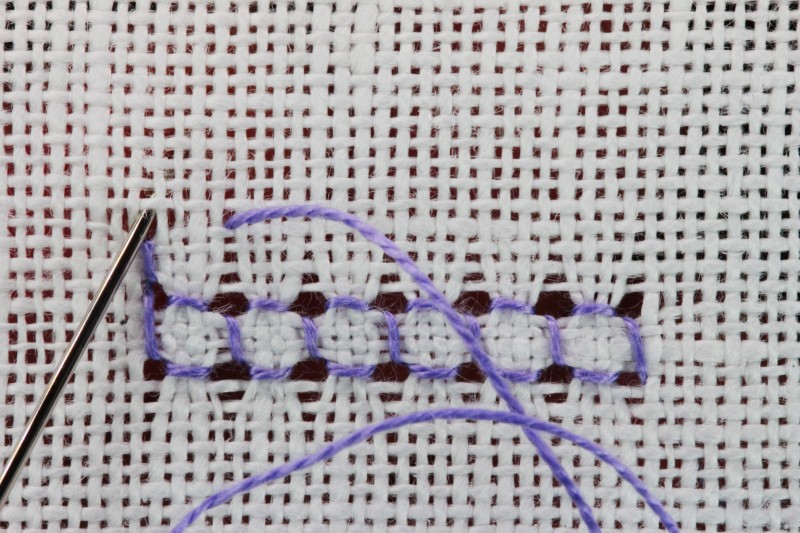 Four-sided stitch is a pulled thread stitch consisting of vertical and horizontal stitches which form a square pattern on the front of the fabric and crosses on the reverse side. This stich can be worked with single wraps or double wraps.

If this stitch is worked diagonally, it is similar to multiple rows of single faggot stitch, although the reverse is different.

Four-sided stitch dates at least to the 18th century as shown by a Turkish or Albanian embroidered cover held by the Victoria and Albert Museum, London.  According to the museum’s website, Louisa Pesel called four-sided stitch ‘square open hem stitch’, as evidenced by her sampler, also held by the museum. 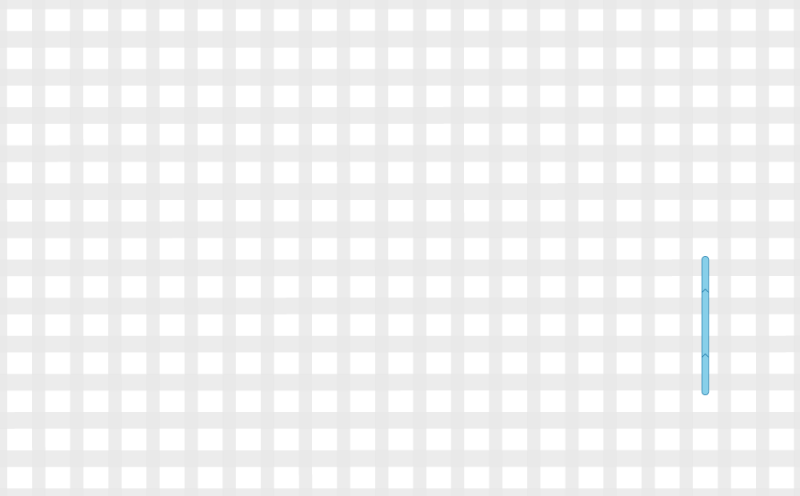 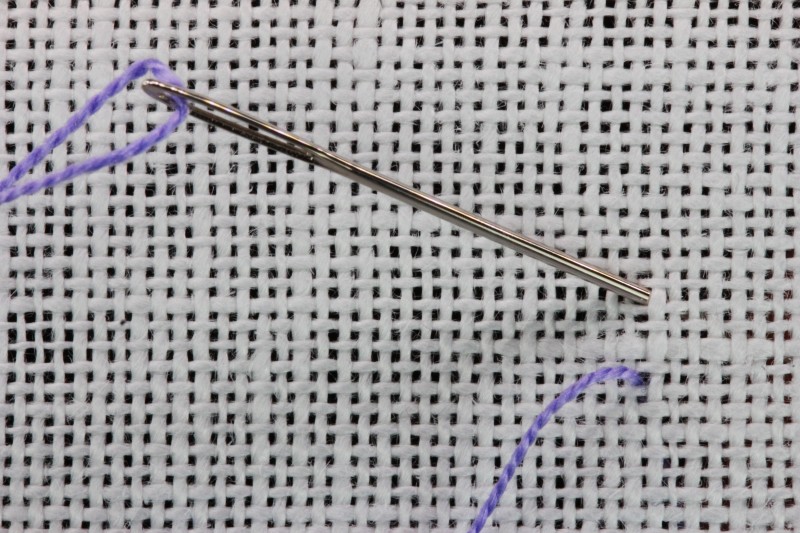 Bring the needle up at the bottom right corner of the stitch and make a vertical stitch up over four threads of the fabric. 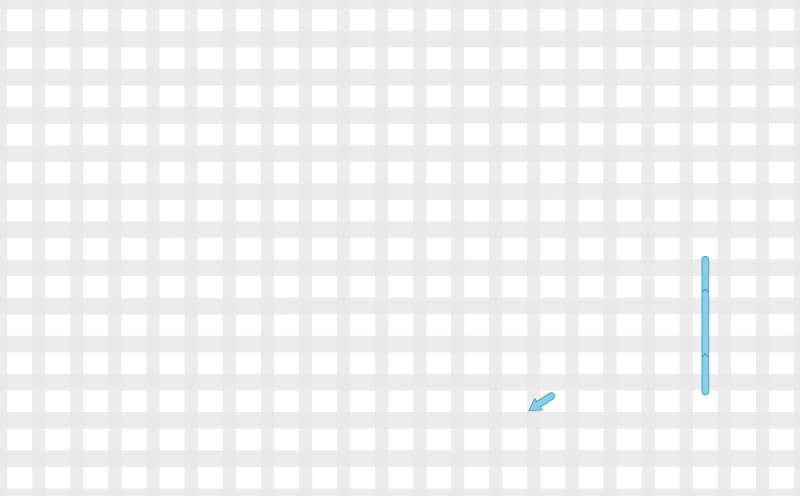 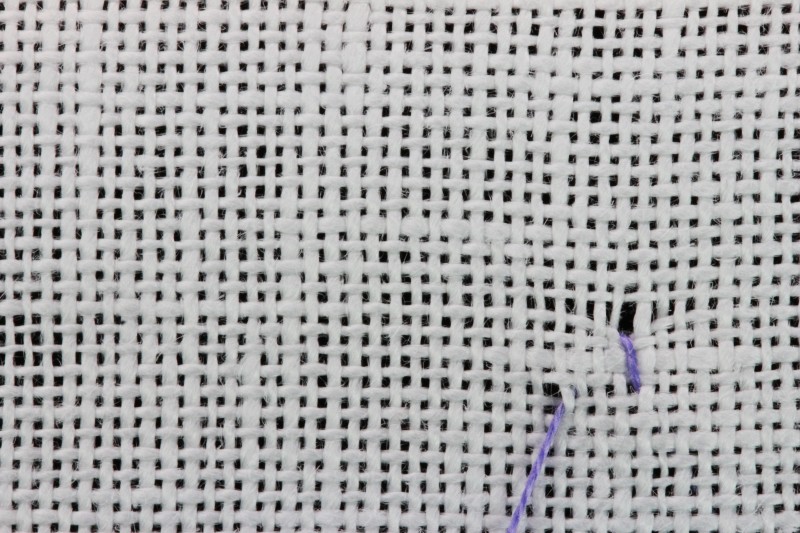 Count left four and down four and bring the needle up, making a diagonal stitch on the reverse side. Pull tight. 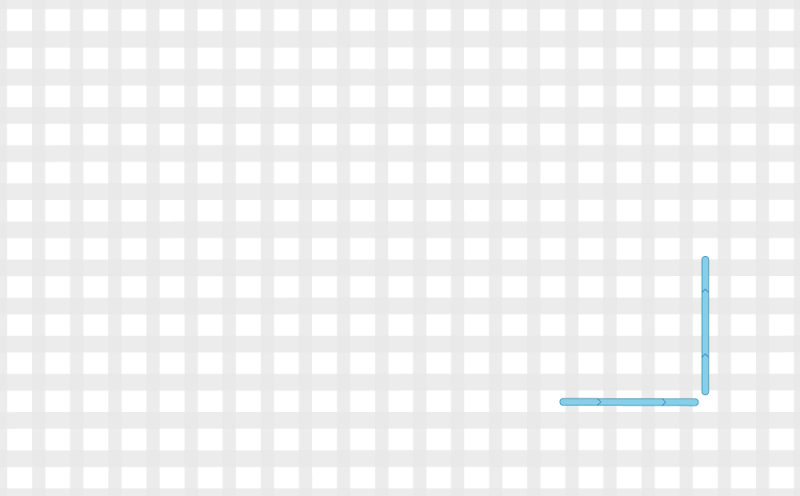 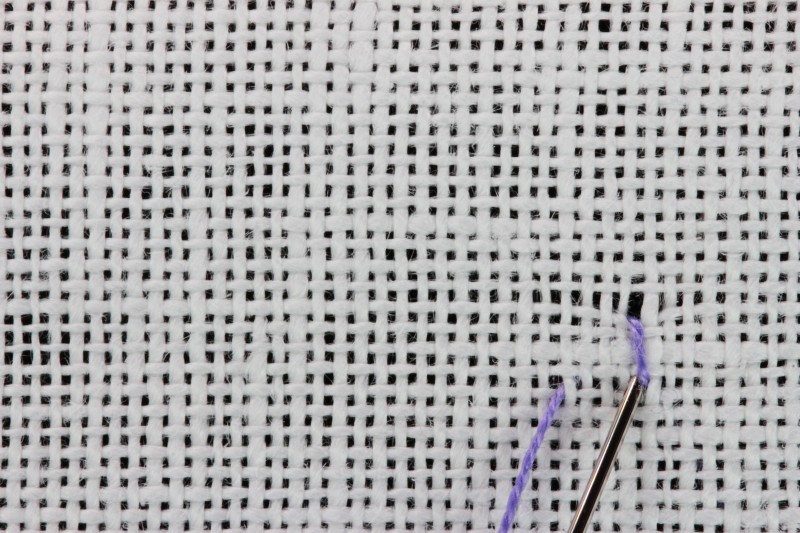 Make a horizontal stitch four to the right, taking the needle down in the first hole. 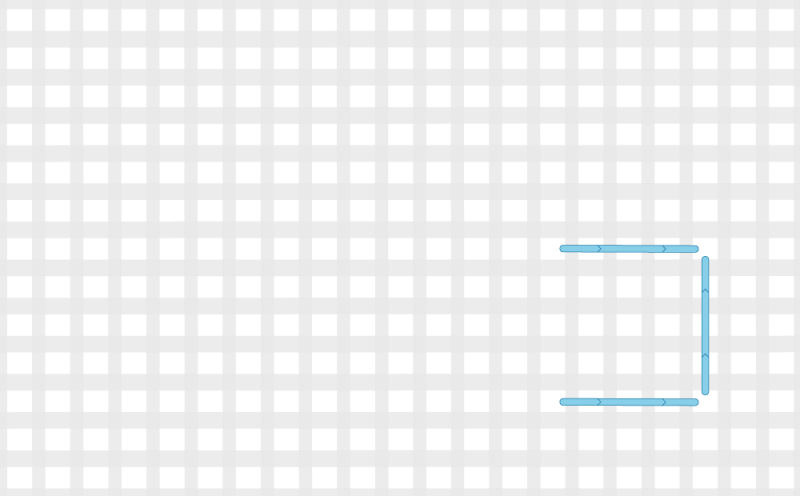 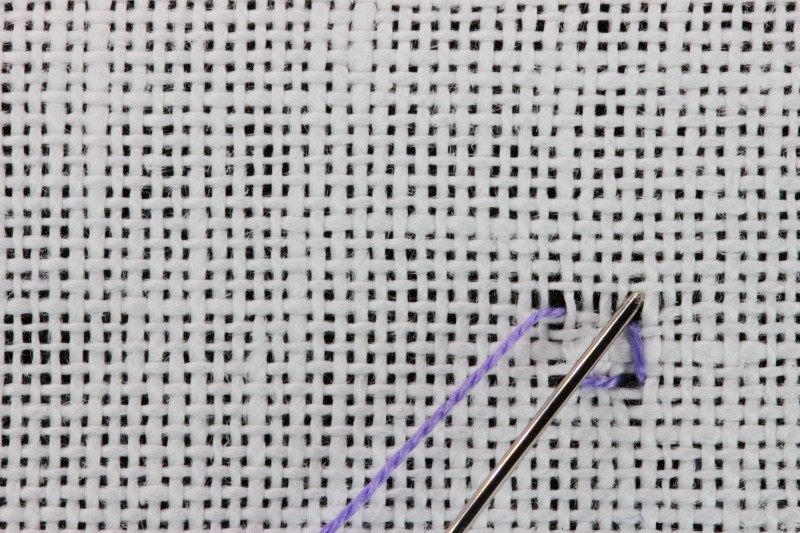 Count left four and up four and bring the needle up, making a diagonal stitch on the reverse, and pull.
Make a horizontal stitch four to the right, taking the needle down in the top right hole. 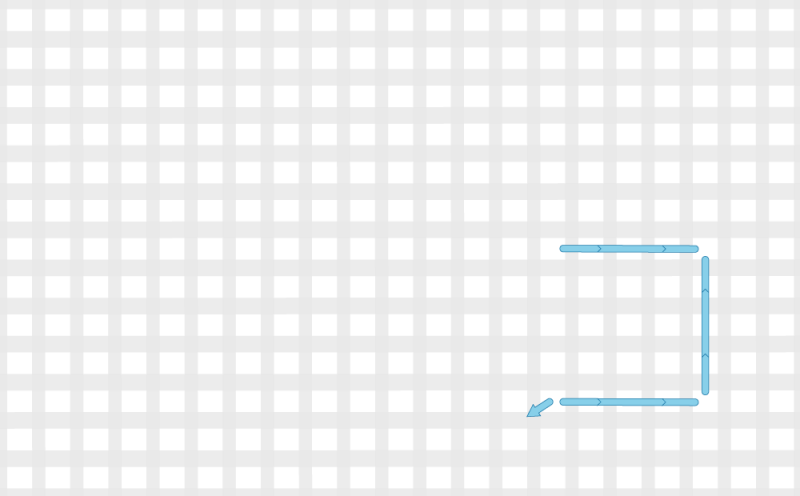 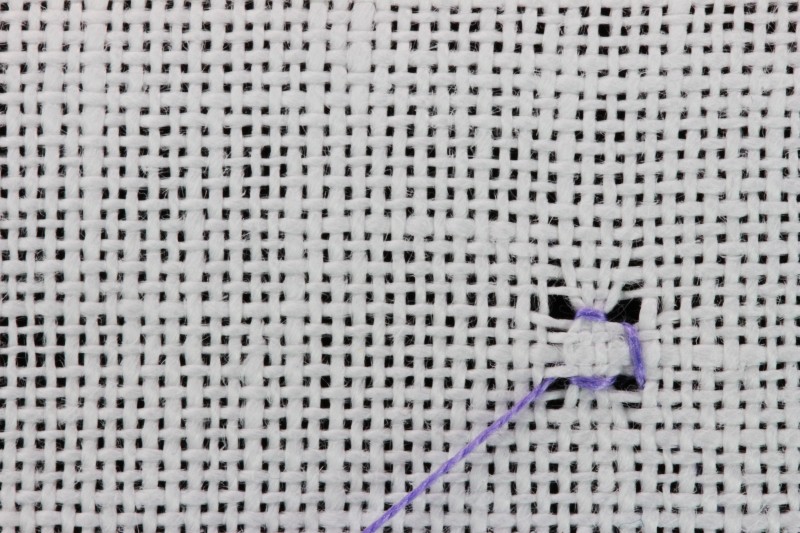 Count left four and down four, bring the needle up in the bottom left hole, and pull. 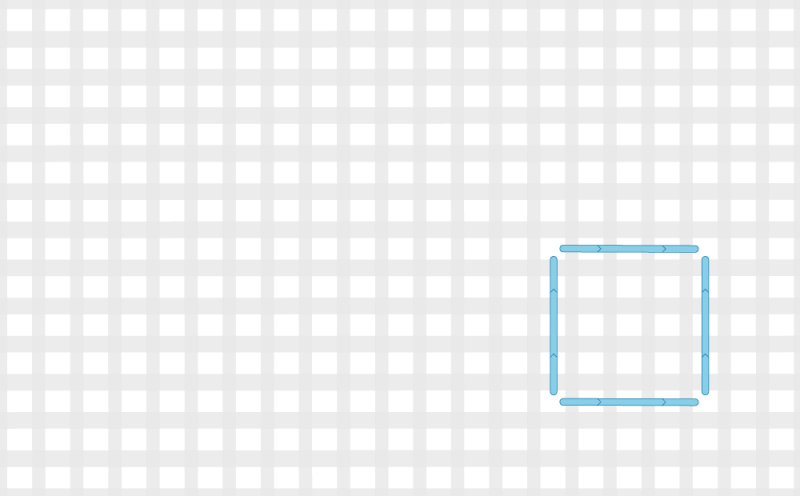 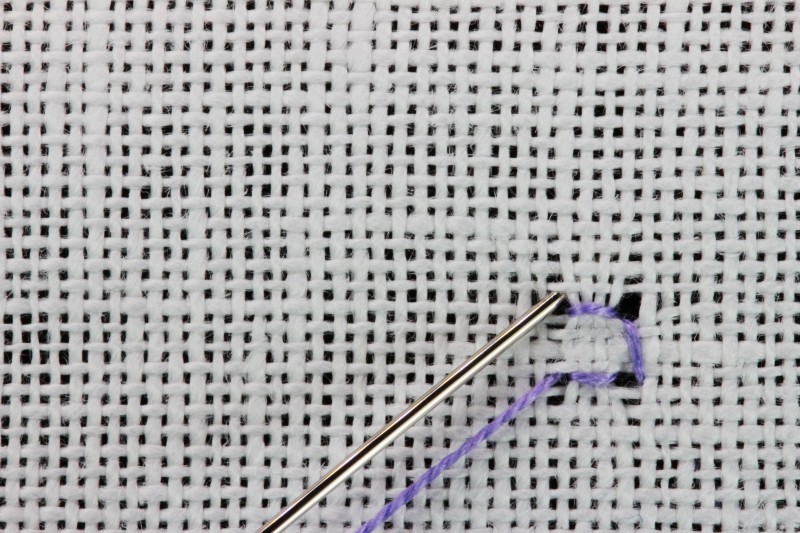 Make a vertical stitch up over four threads. This becomes the first stitch of the next square. 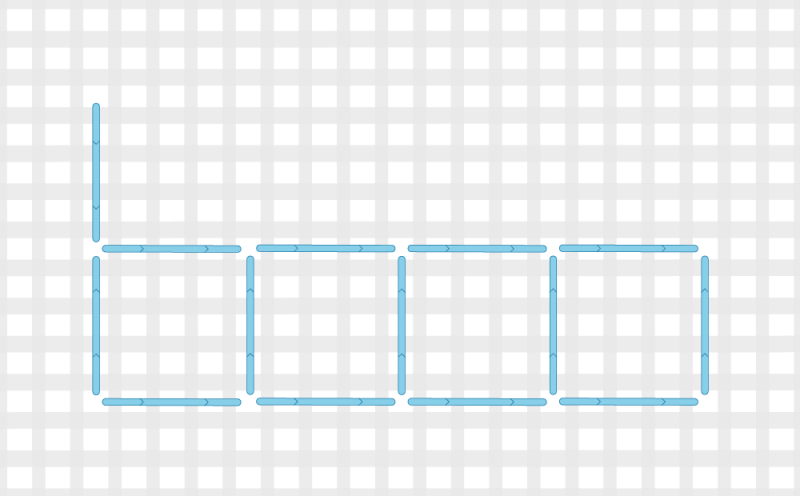 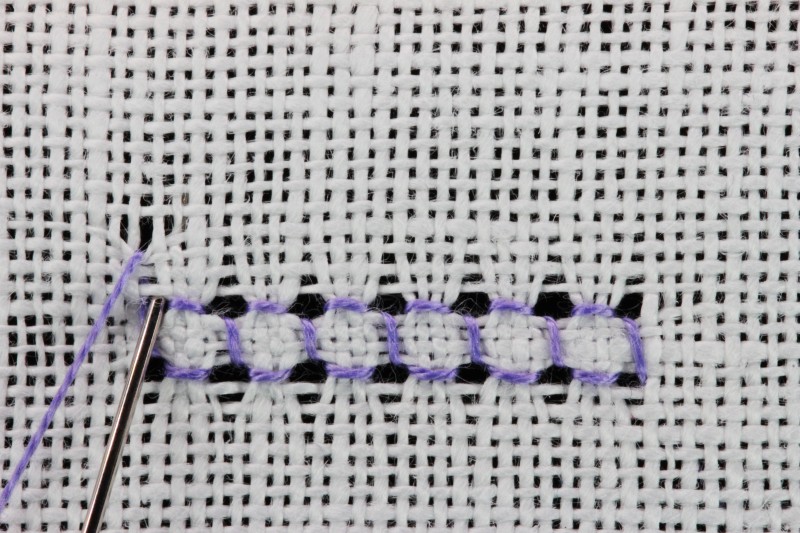 Repeat to complete the row. To begin the next row, a holding stitch on the outline or in the border where this holding stitch will be covered later on, 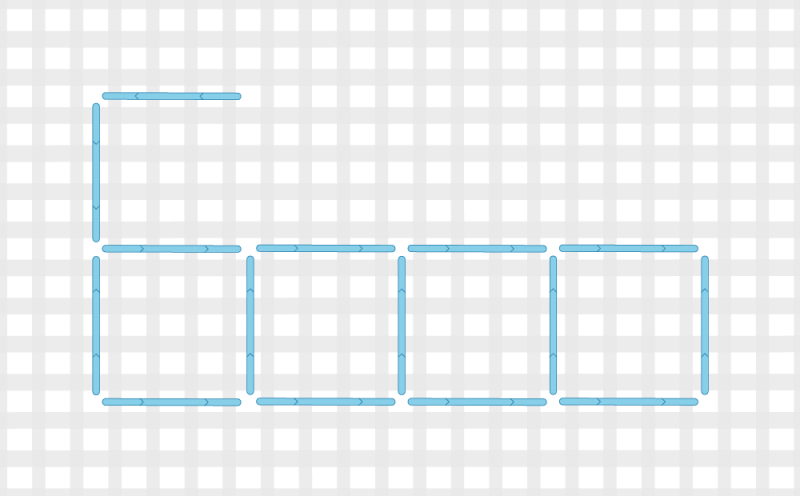 Work the next row in the same way as the first row, but in reverse. Continue to fill the design area.