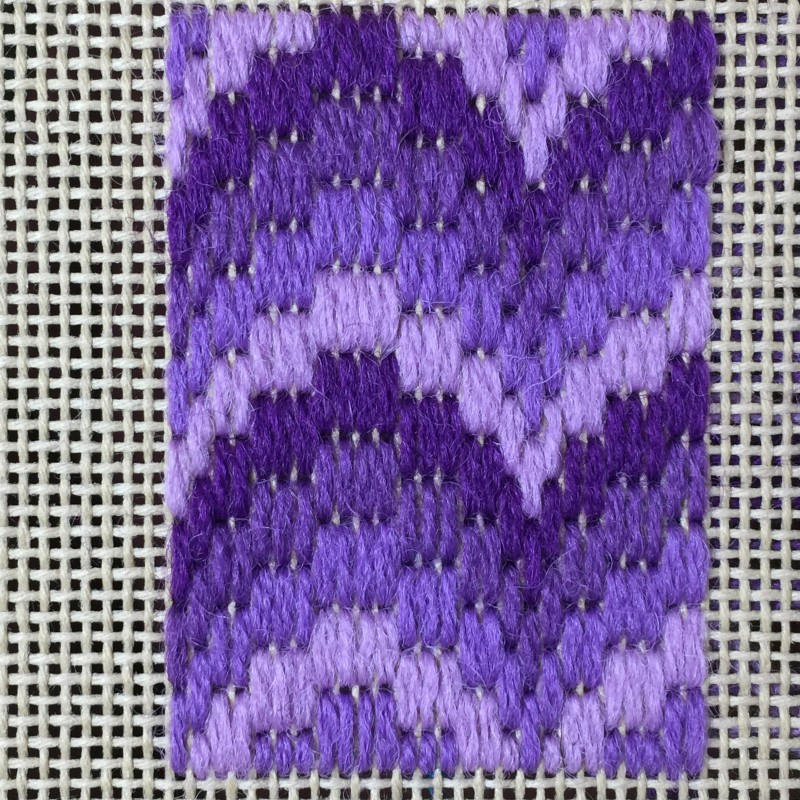 Florentine is a vertical straight stitch (normally across four threads) which is used in different colours to form one of a small number of geometric patterns.  The most common is the flame or wave pattern (illustrated here) where the colours rise and fall; others are the oval and the stepped patterns.  Collectively, these patterns are known as Florentine work or Bargello work.

The name Bargello work originates from the Bargello Palace in Florence (Italy), where there are a series of seventeenth century chairs upholstered with canvas embroidery in this technique.  However, the origins of the technique are obscure – it has been suggested that it came from 15th century Florentine migrants to Hungary, but there is no hard evidence for this.

The technique certainly spread to many different cultures: it features on 17th century ecclesiastical Icelandic pieces; in England it was popular on samplers from the early to mid 17th century when it went out of fashion, only to regain popularity at the start of the 18th century.  It featured on 18th century Chinese Mandarin squares.  In the 20th century, the technique is used by the Banjara people of central Italy and it was embraced in western Europe/north America in the 1960s.

Generally one colour is used for one complete wave of the design.
A varied use of colour is essential for this stitch. 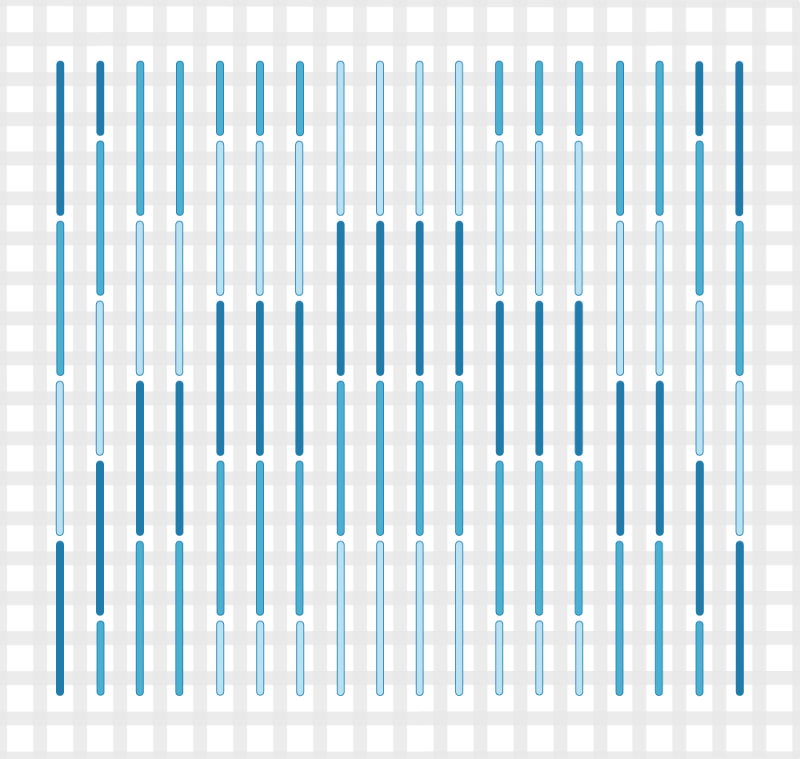 In this example, each stitch is made across four threads of the canvas, and each step across the pattern is two threads of canvas above or below the previous stitch.
By varying the number of stitches at each step of the design a pattern of waves is produced.
The pattern is set by the first complete wave of stitches. Each row above or below this then repeats the same design.

This stitch needs a large area to display its pattern.