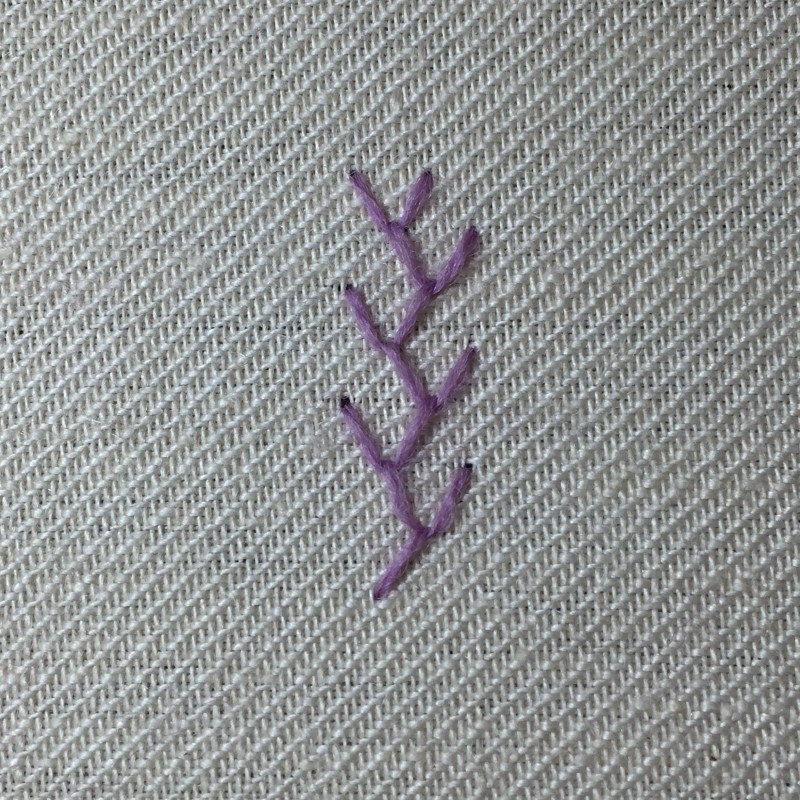 A series of fly stitches worked under one another, alternately offset to the left and right.

Feather stitch has been notably used on English smocks (garments worn by countrymen from the late 18th to mid 19th century).  The stitch played both a decorative and practical function as it gathered the cloth to give shape to the clothing.

It has obviously been in use for several centuries by this time, as evidenced by a 16th century Swiss/south German ecclesiastical piece held by the Cleveland Museum of Art.

More recently, feather stitch has been used to piece together crazy quilts.

N.B. historically, the term ‘feather stitch’, or Opus Plumarium, has also been used for Long and short stitch. 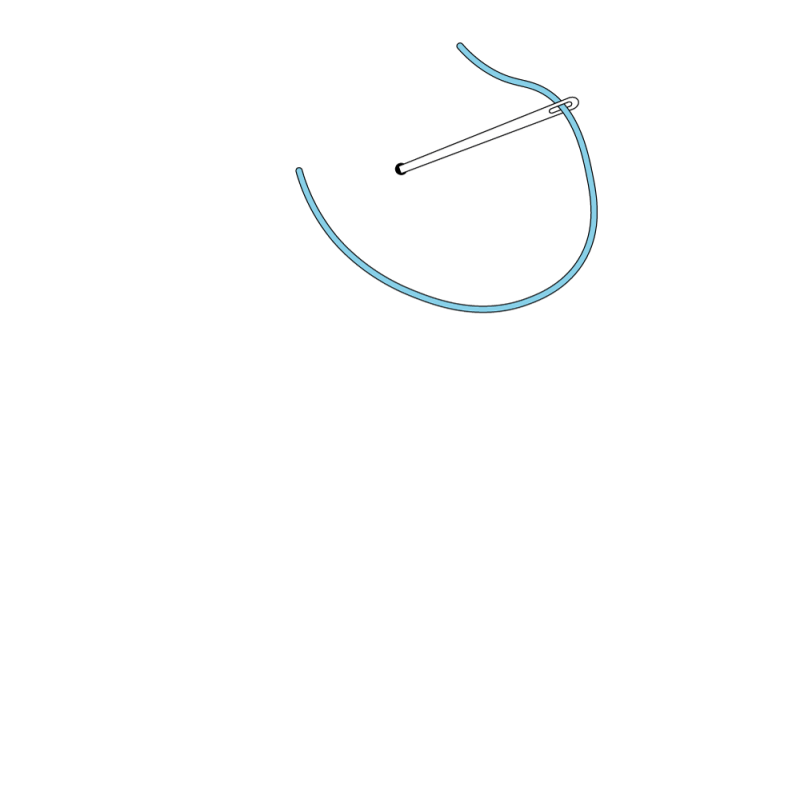 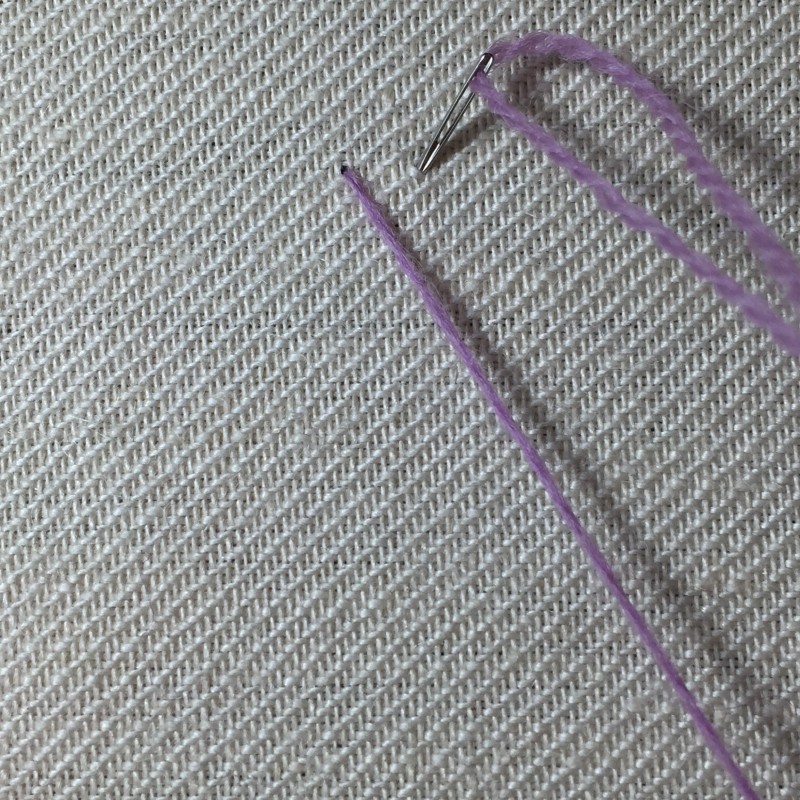 Bring the needle up through the fabric, then take it down to the right. 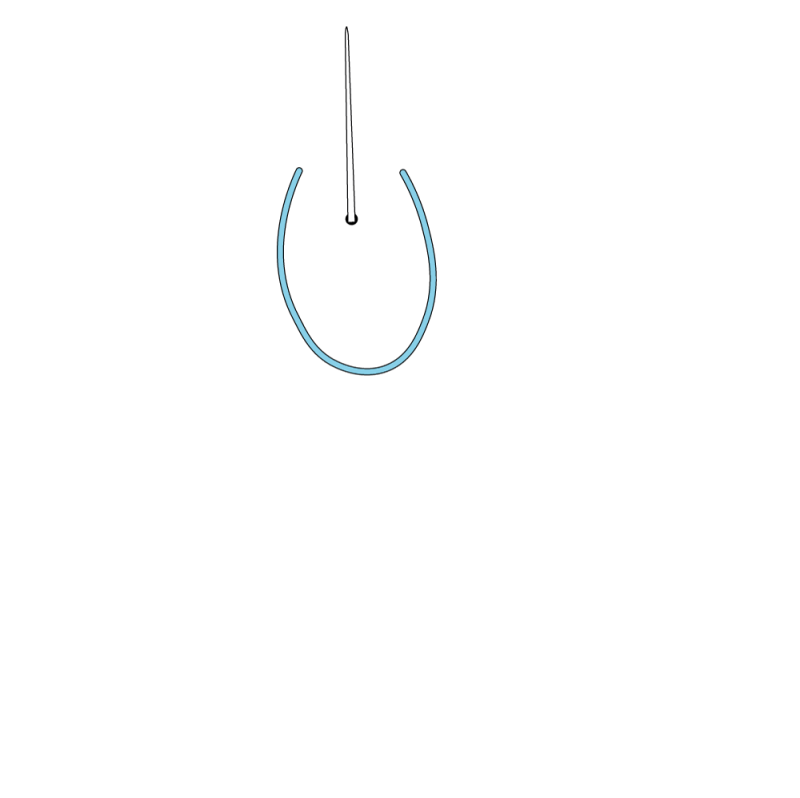 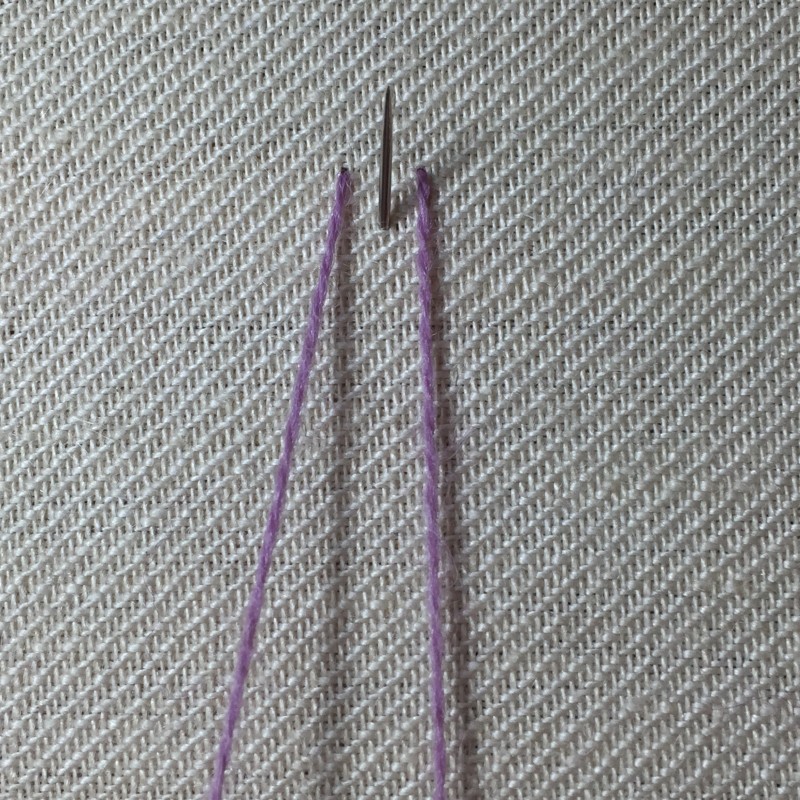 Pull the thread through, leaving a loop.
Bring the needle up inside the loop, below and between the holes, as shown. 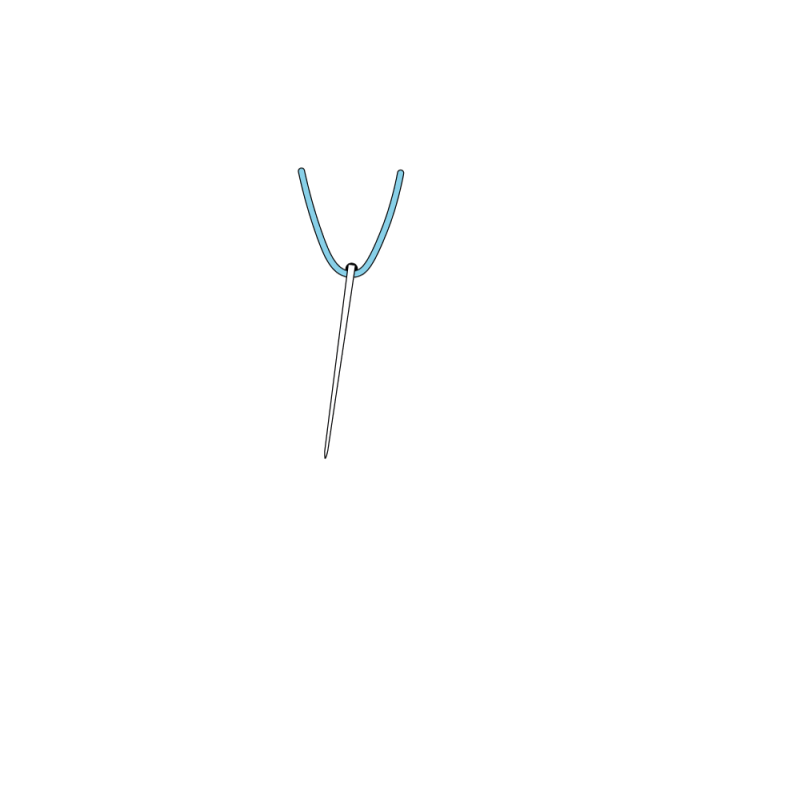 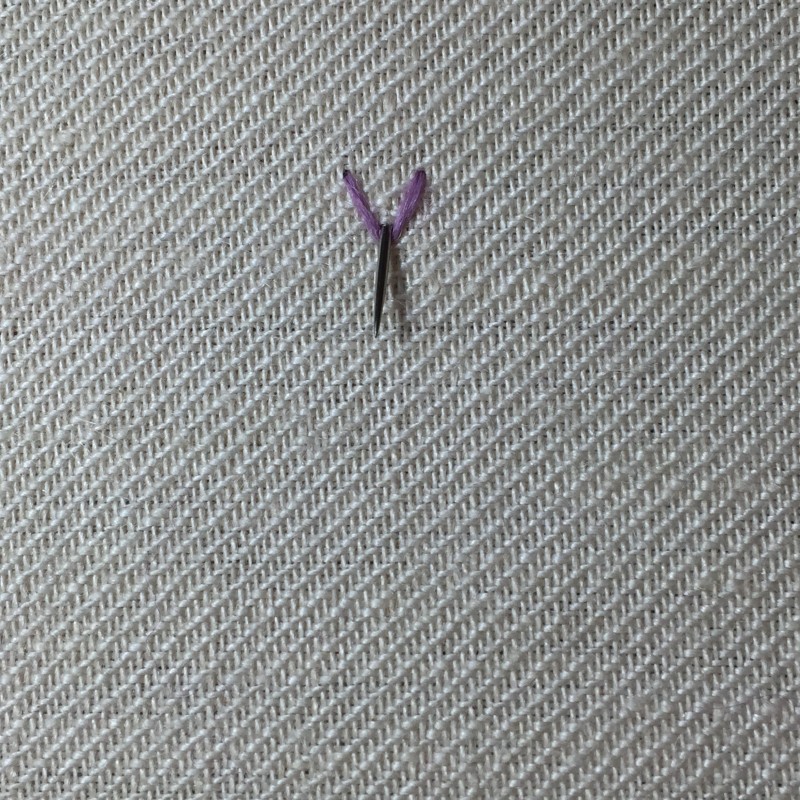 Tighten the loop against the needle. 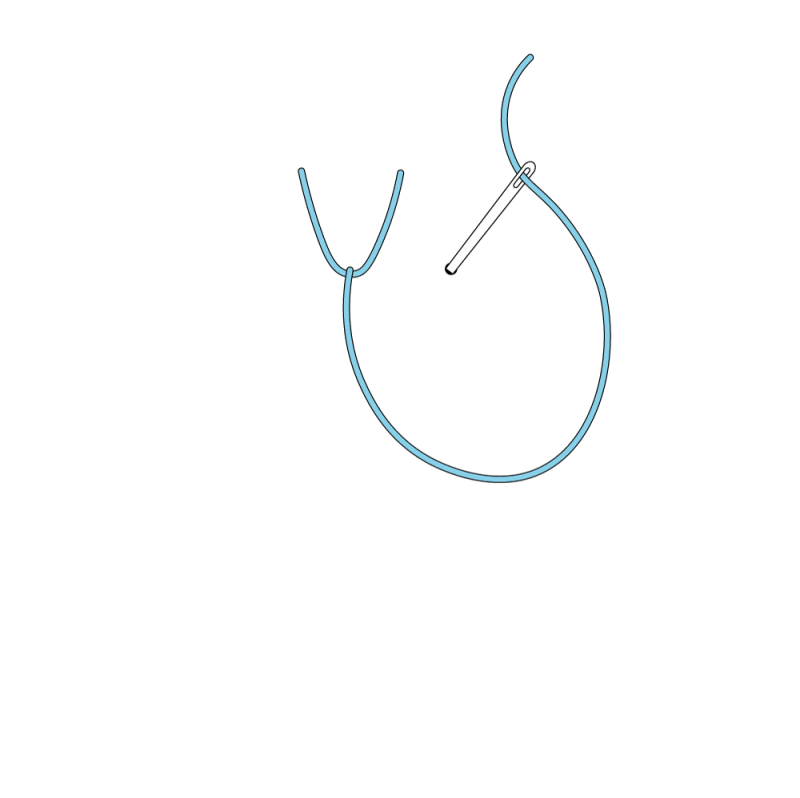 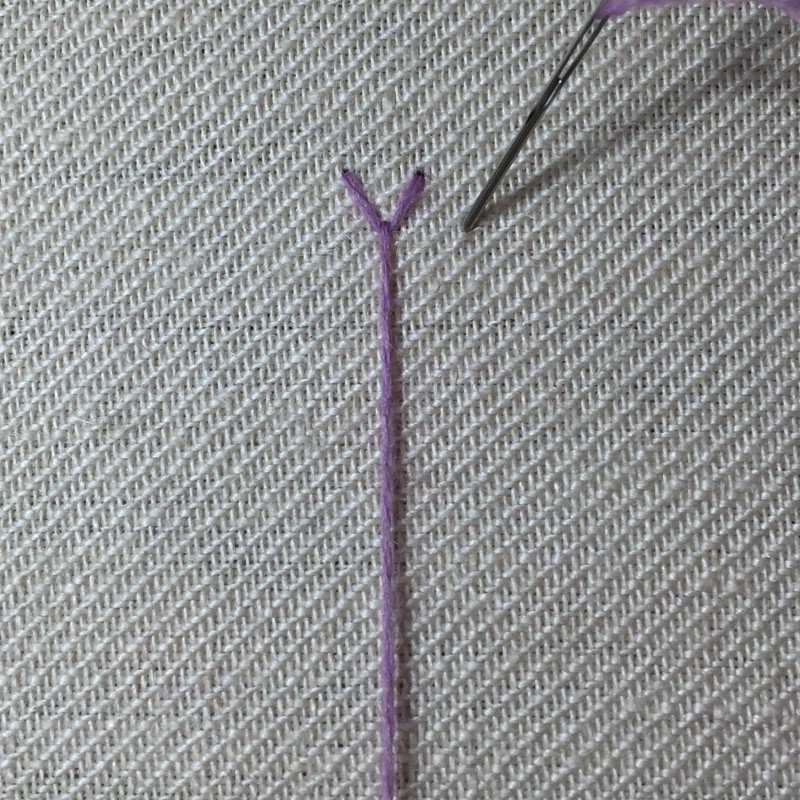 Pull the thread through and take the needle down to the right, as shown. 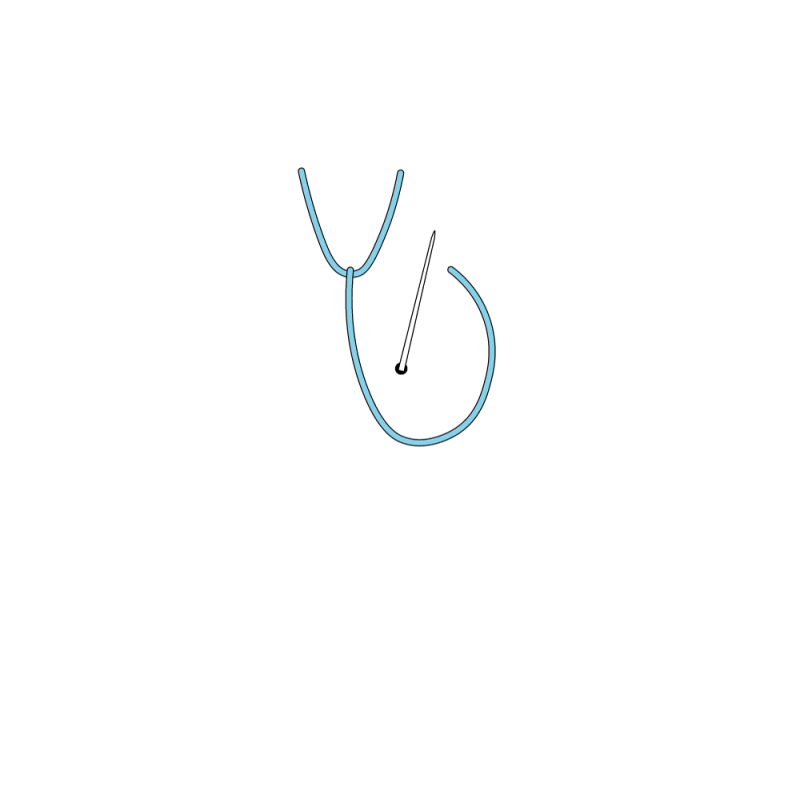 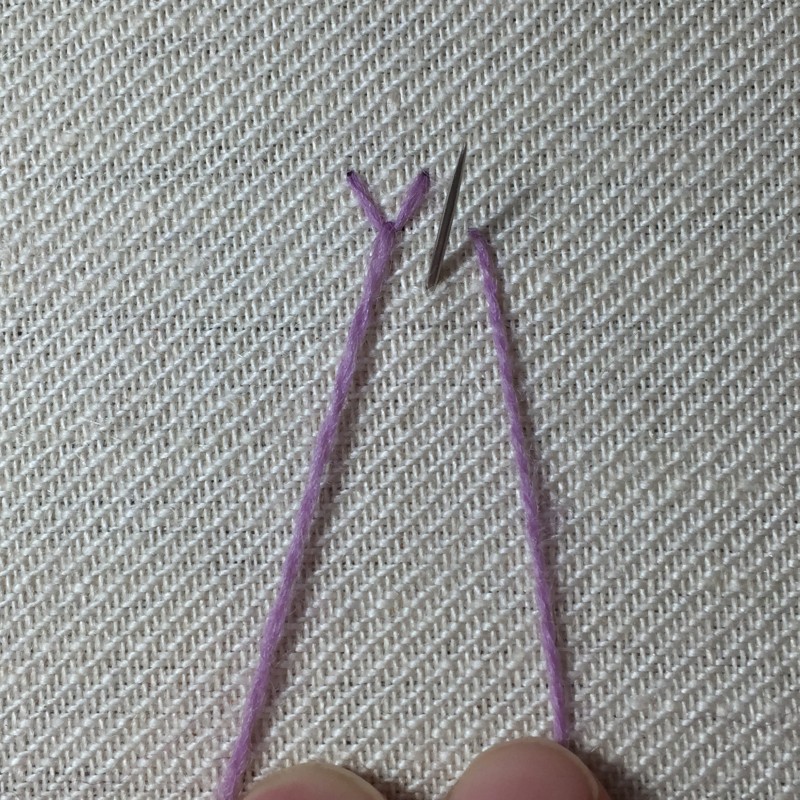 Draw the thread through to create a second loop, then bring the needle up below and between the holes. 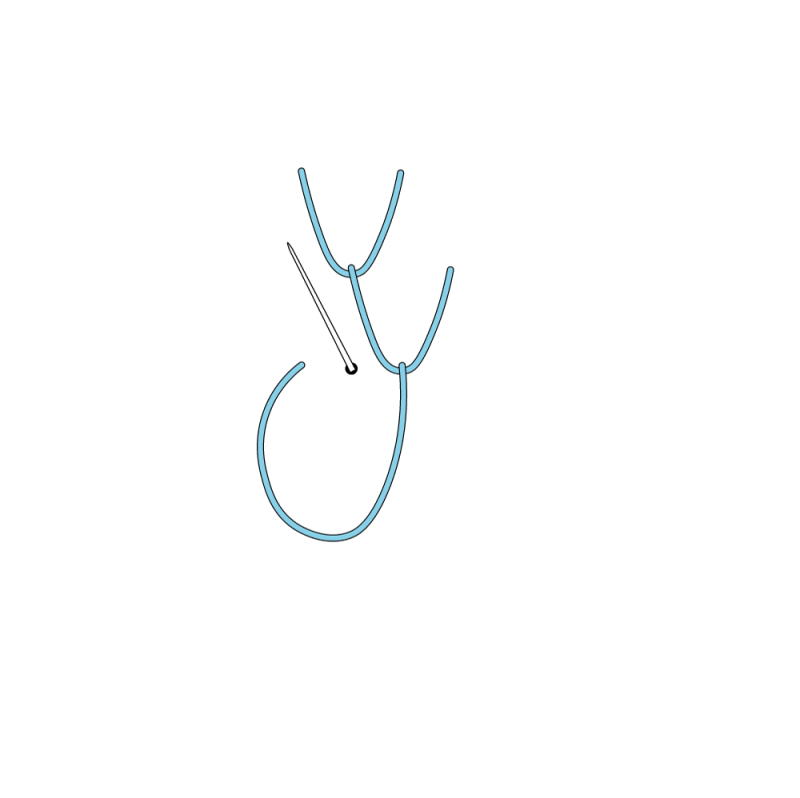 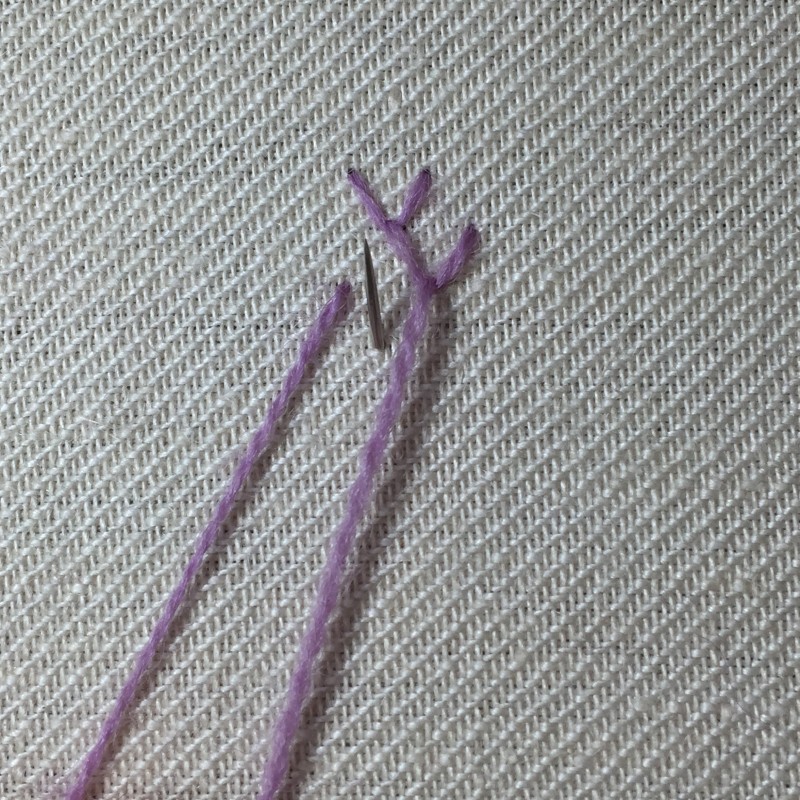 Tighten the loop against the needle, then draw the thread through. Repeat the next fly offset to the opposite side. 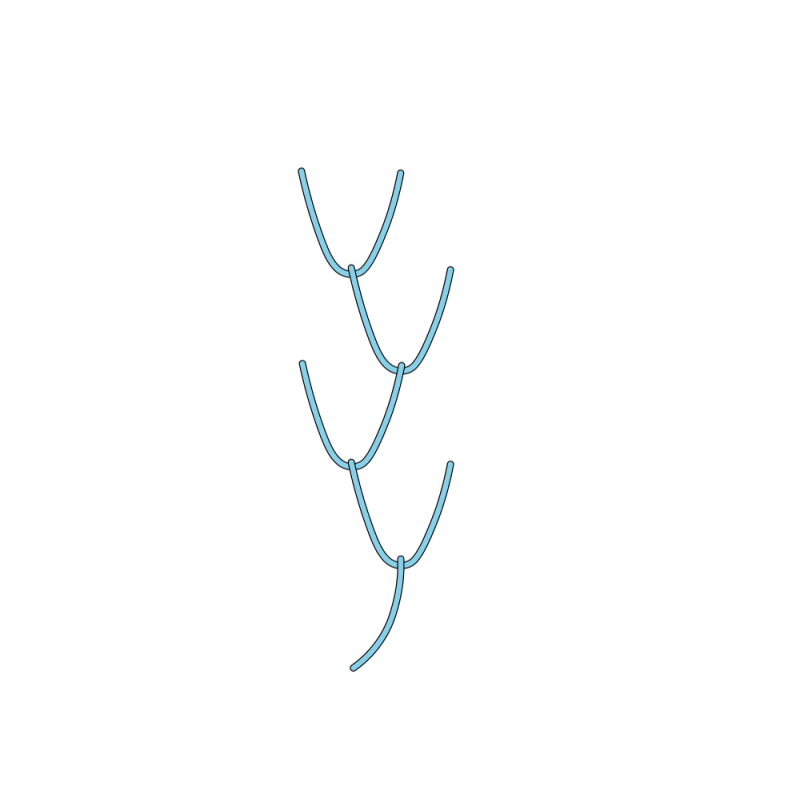 Continue as before, creating stitches to the left and right alternately.