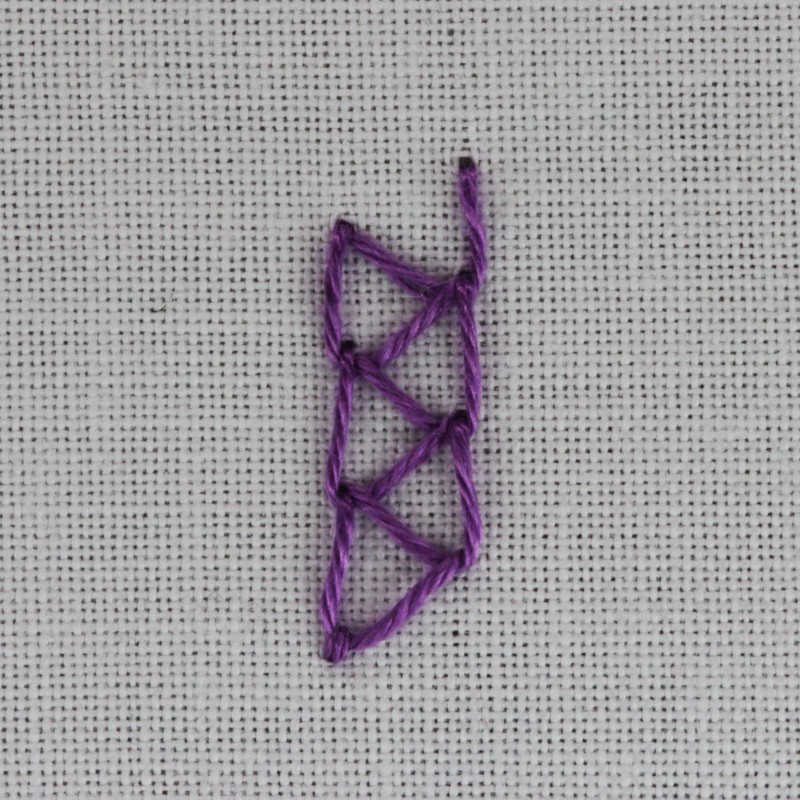 This is a variation of chain stitch where each chain is pulled into alternating triangles, forming a wide line.

For more information, see the entry for chain stitch.

If you are using plain fabric, it might be easier to stitch if you draw a pair of parallel lines in advance. In this example, the grain of the even-weave fabric was used to determine where the needle goes. Work from top to bottom. 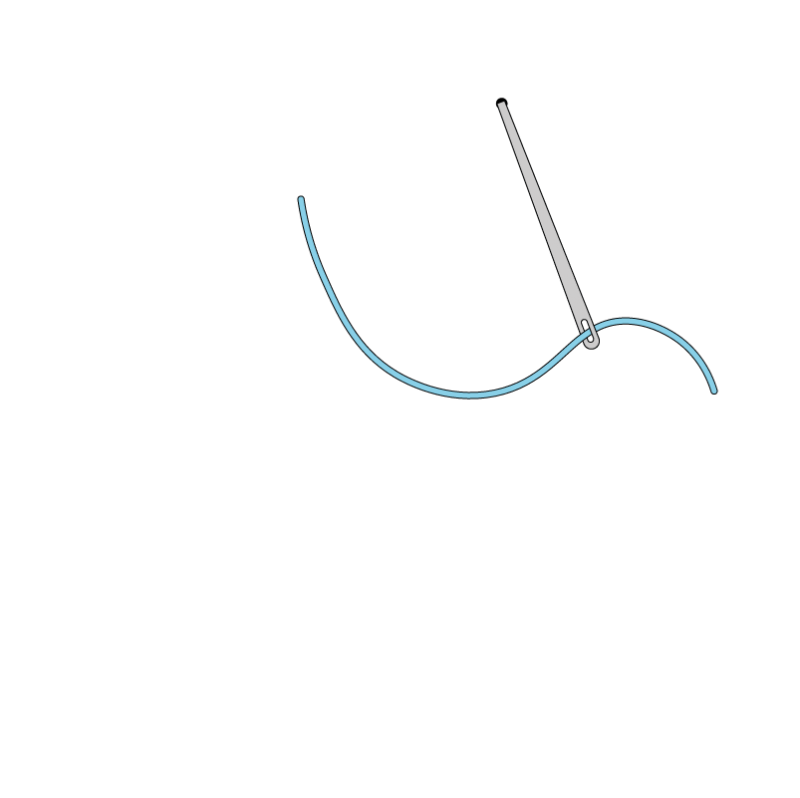 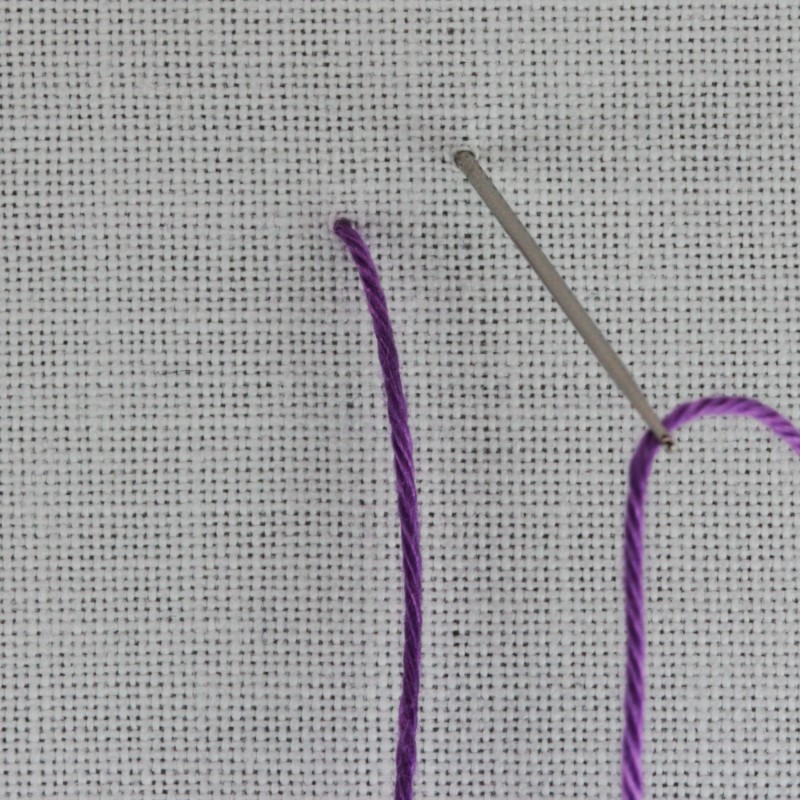 Imagine (or draw) two parallel lines which you want your stitching to fill.
Bring your needle up almost at the top of your left line, and down slightly higher on your right line. 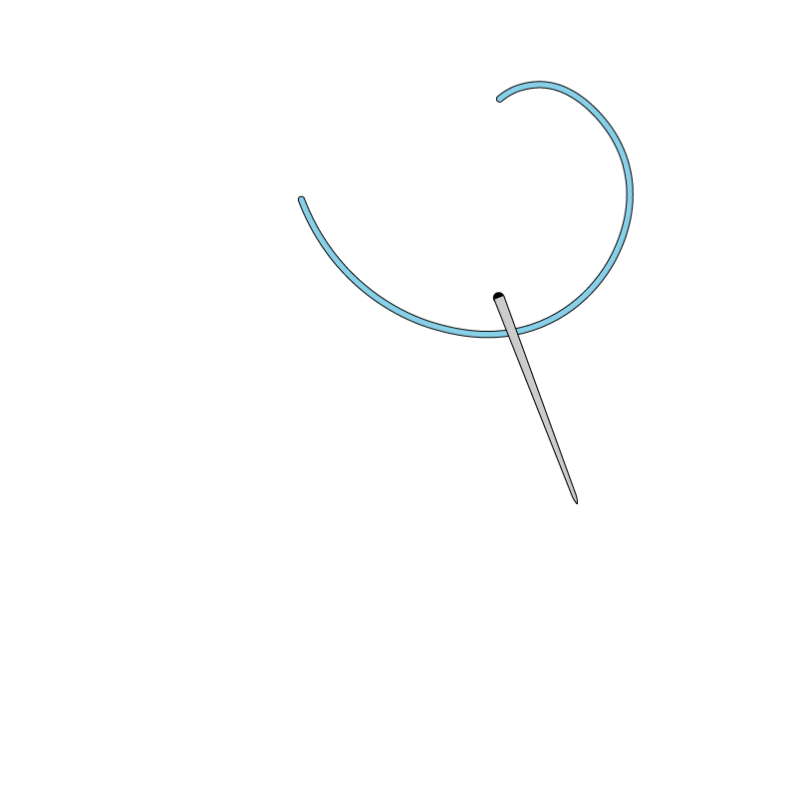 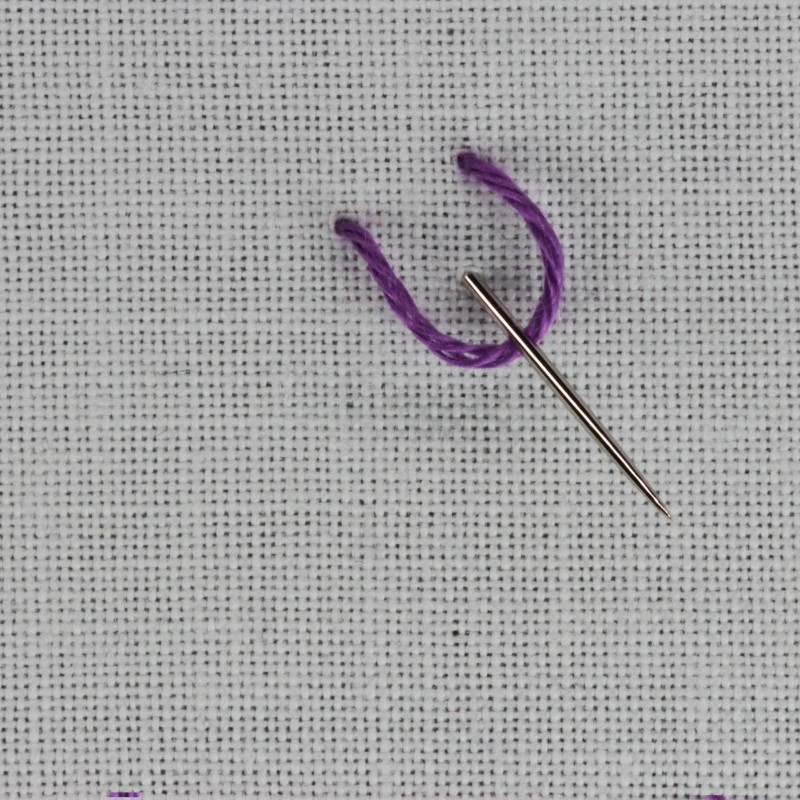 Leaving a loop, bring the needle up on your right line, but a little lower than where you first brought the needle up.
Make sure you bring you needle up within the loop, and tighten to create a triangular stitch. 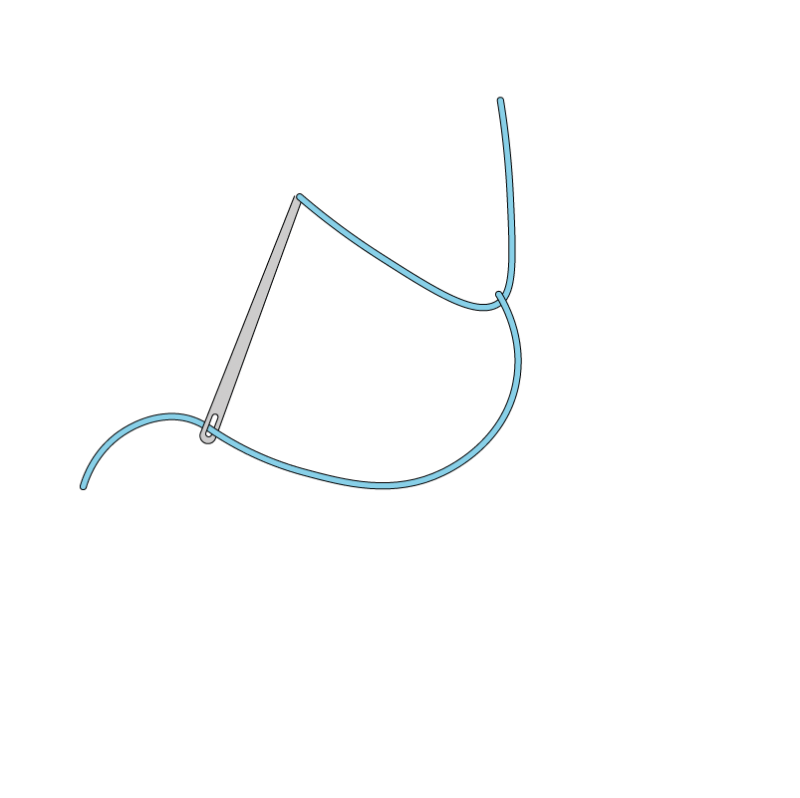 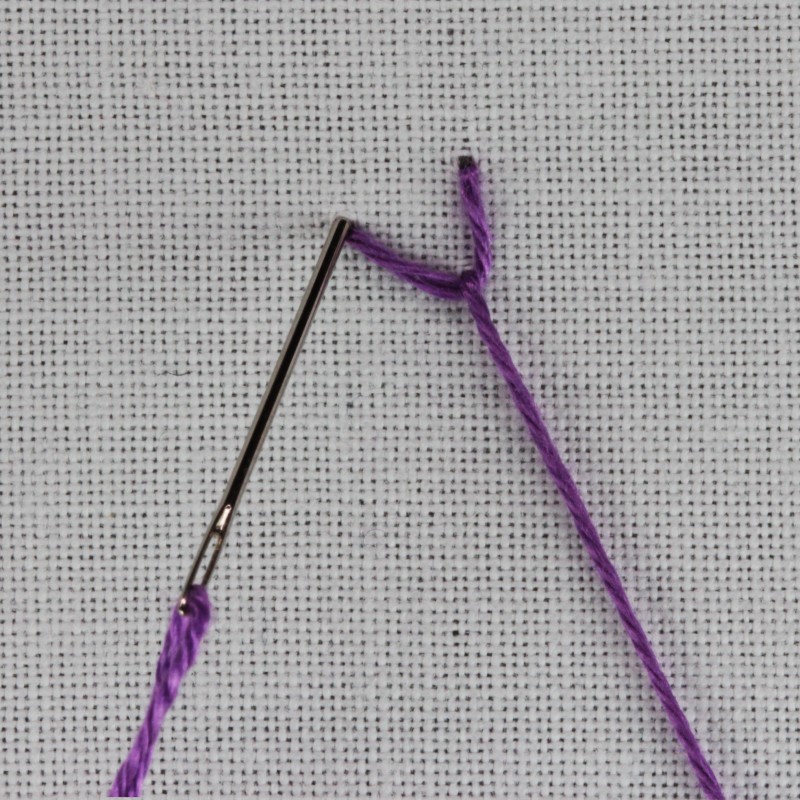 Take the needle down on the left line (in the same hole in which you first brought the needle up) again leaving a loop. 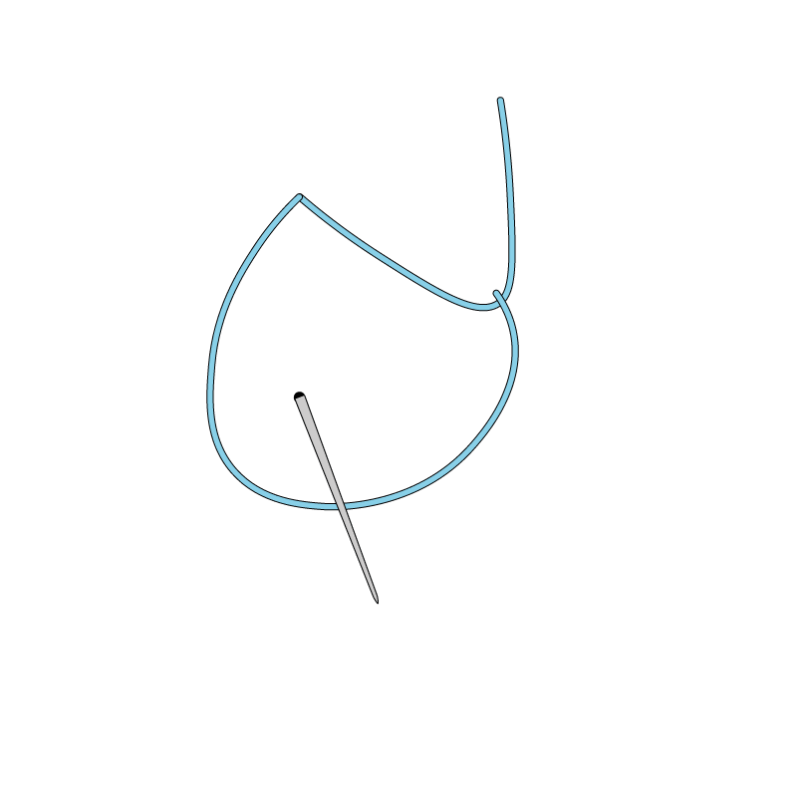 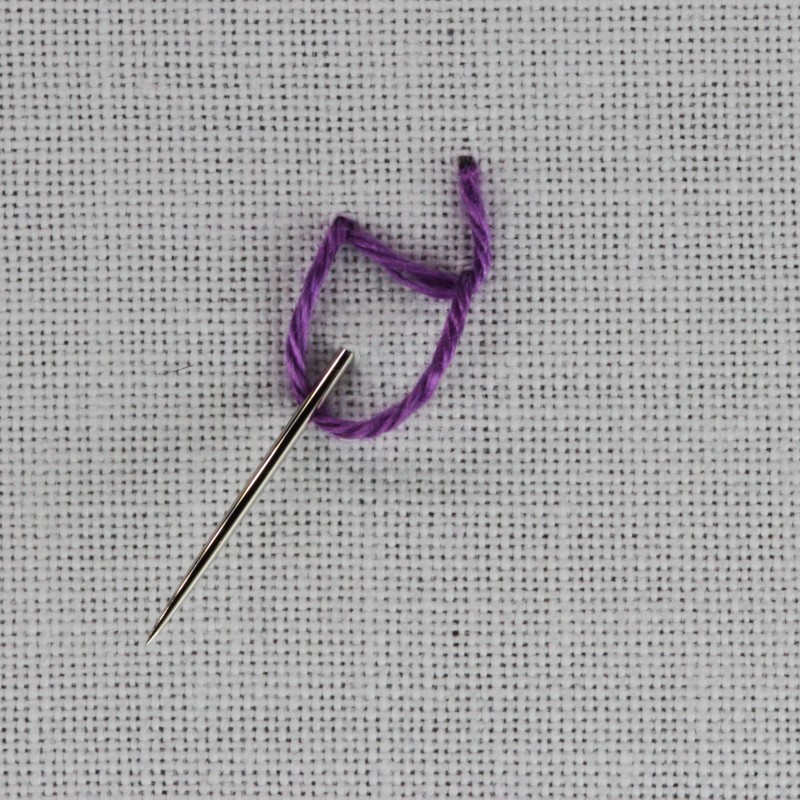 Bring the needle up on the left line below where the previous stitch started, making sure you bring your needle up within the loop.  Pull taut to create a second triangle. 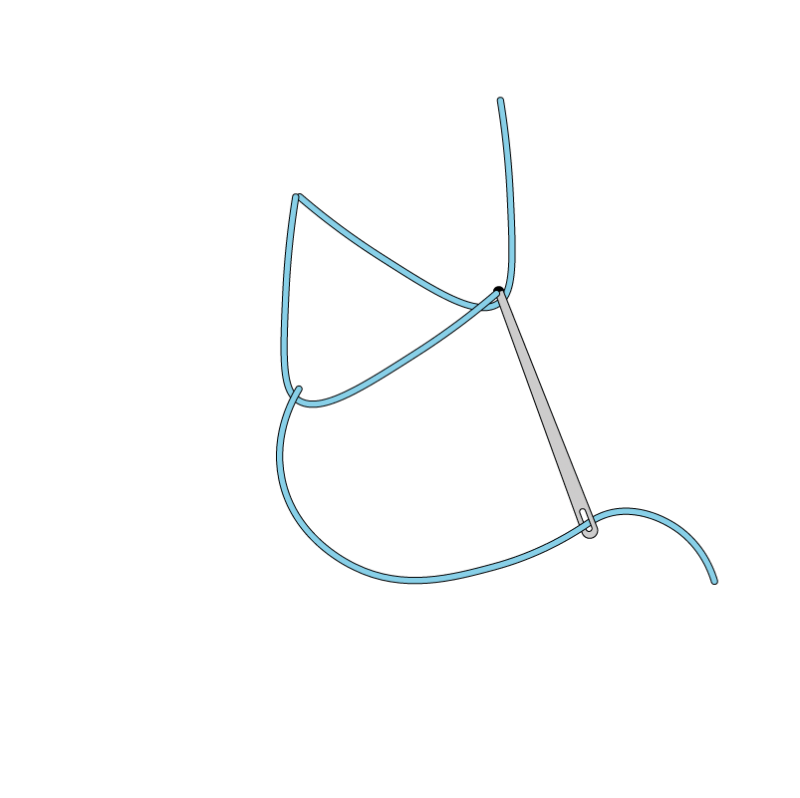 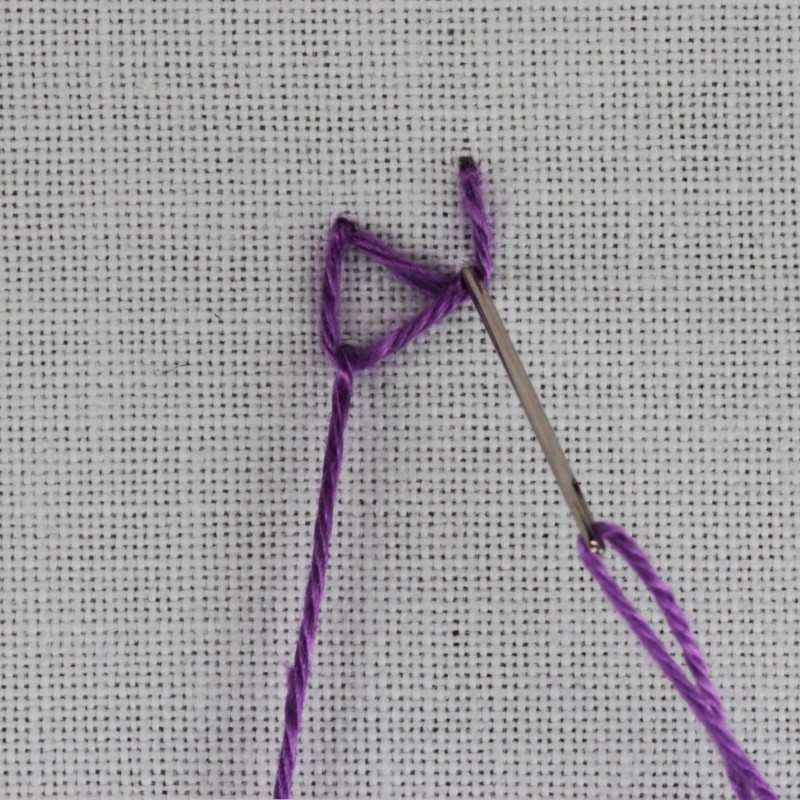 Take the needle back down on the right line in the same place as the previous stitch started, making sure the needle goes inside the loop. 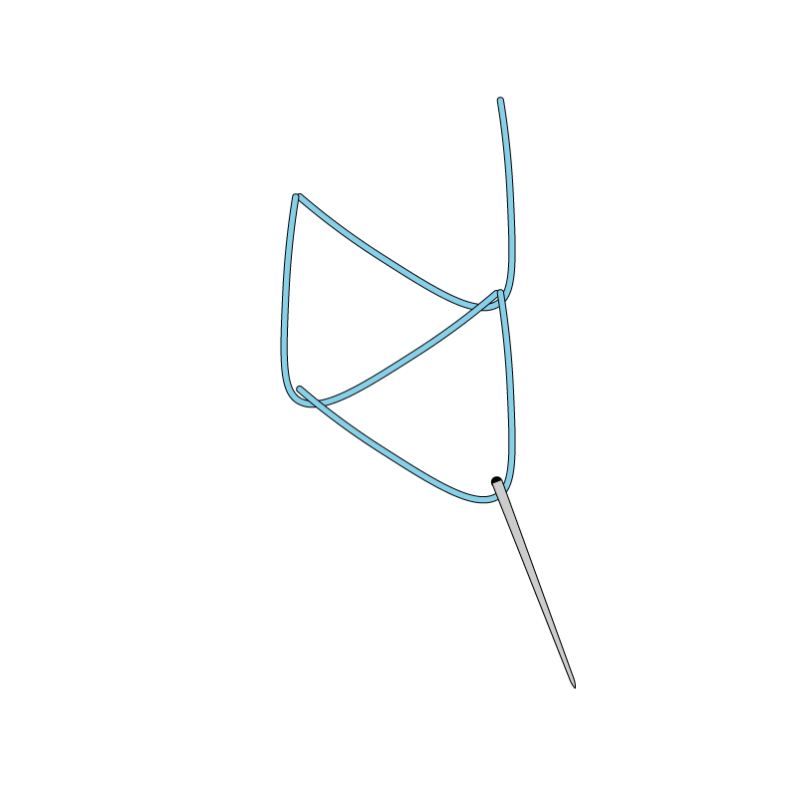 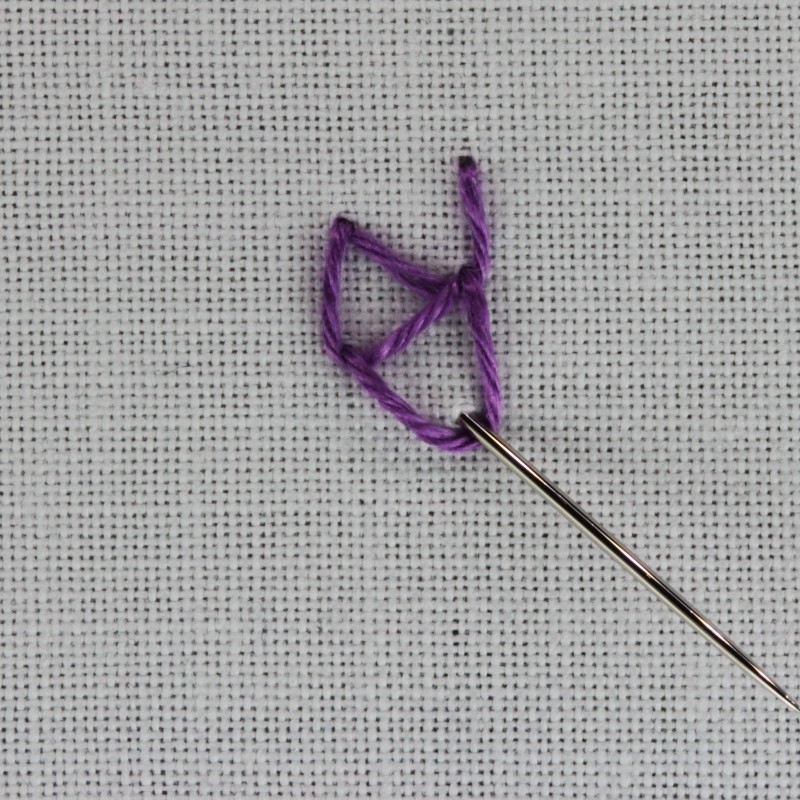 Bring the needle up on the right line below where the previous stitch started, making sure you bring your needle up within the loop.  Pull taut to create another triangle. 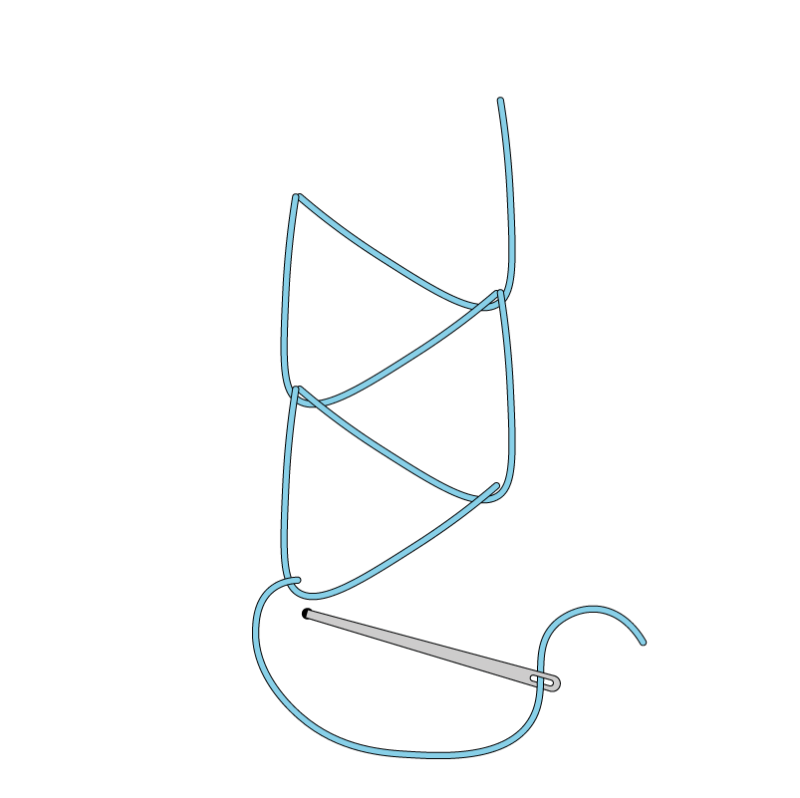 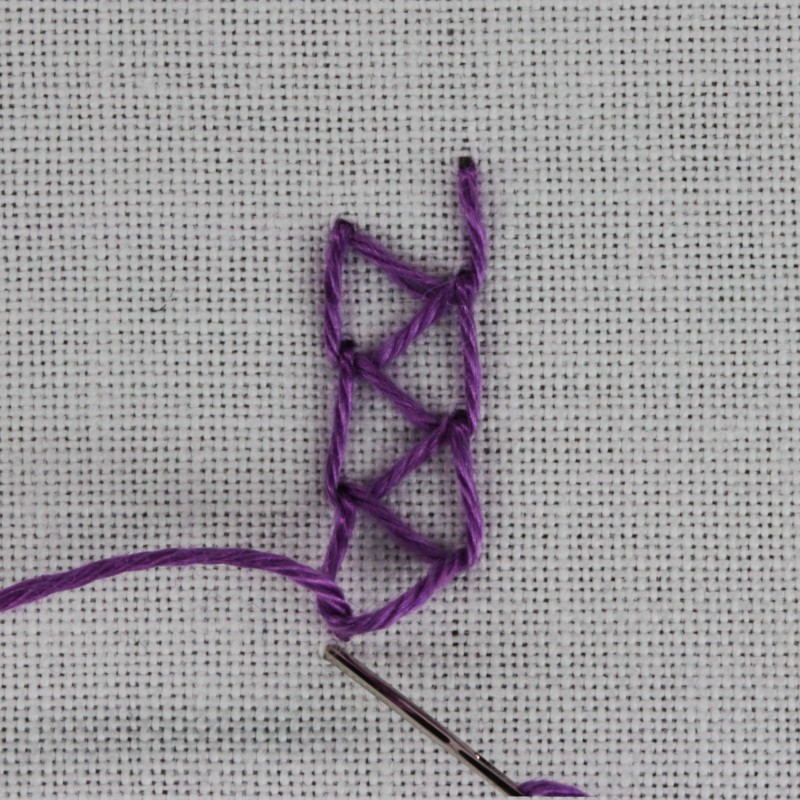 Continue working from side to side.  When finishing the stitch take the needle down over the last loop to form a small anchoring stitch. 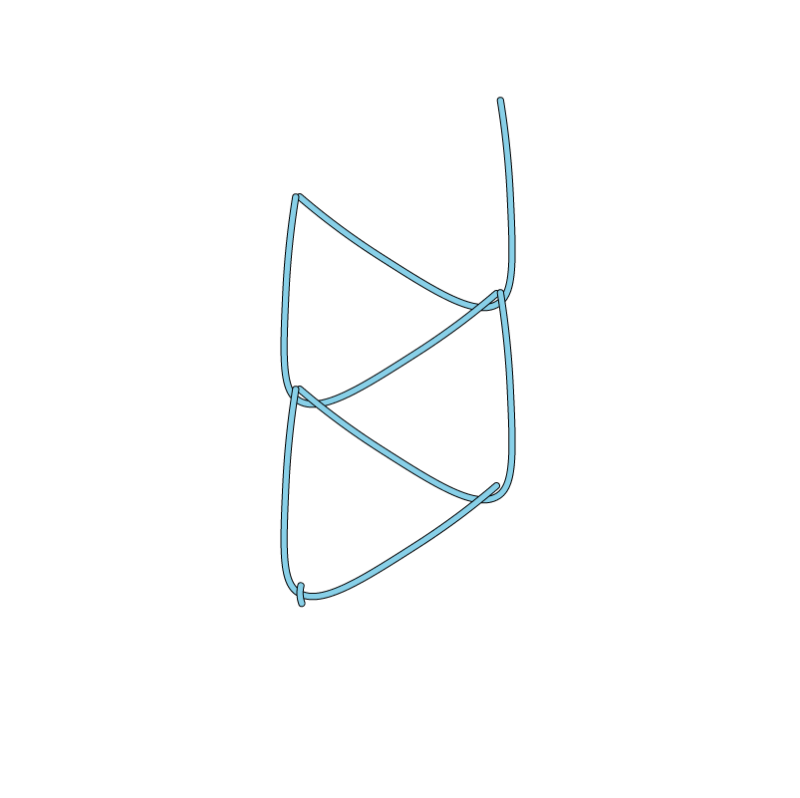 This completes your line of double chain stitch.