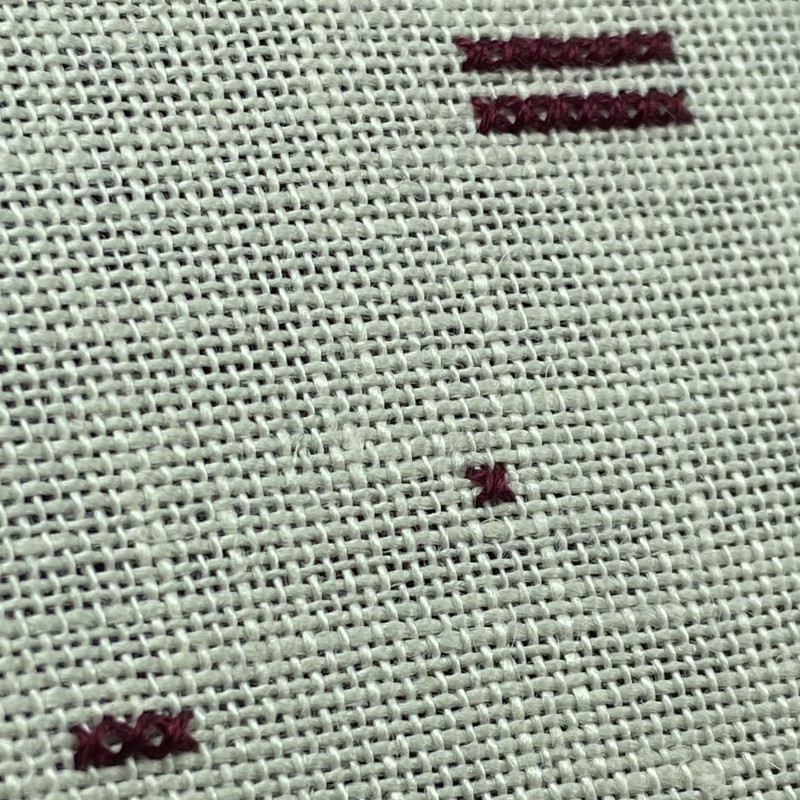 Cross stitch consists of two straight, crossing stitches which can be worked individually or in rows. The direction of the top stitch should always be in the same direction (unless variation of the shade is required). When used for marking, it is often worked in a way that the stitching is identical on both sides (two-sided cross stitch) or so it forms a neat square at the back of the linen (marking cross stitch).

The earliest evidence of cross stitch (silk floss on cotton evenweave fabric) is from burial excavations in the Qadisha Valley, Lebanon dated to the 13th century AD.

The rise of Berlin wool work meant that canvaswork cross stitch had become very popular by the middle of the 19th century.

The use of cross stitch for counted thread embroidery is widespread across the Middle East, Asia and Europe: by Syrian, Palestinian, Egyptian and Yemeni stitchers; in Uzbekistan and by the Jat people in Kutch, India; in many eastern European countries, and specifically as Redwork (red stitching on white fabric) in several Mediterranean countries and Sweden. 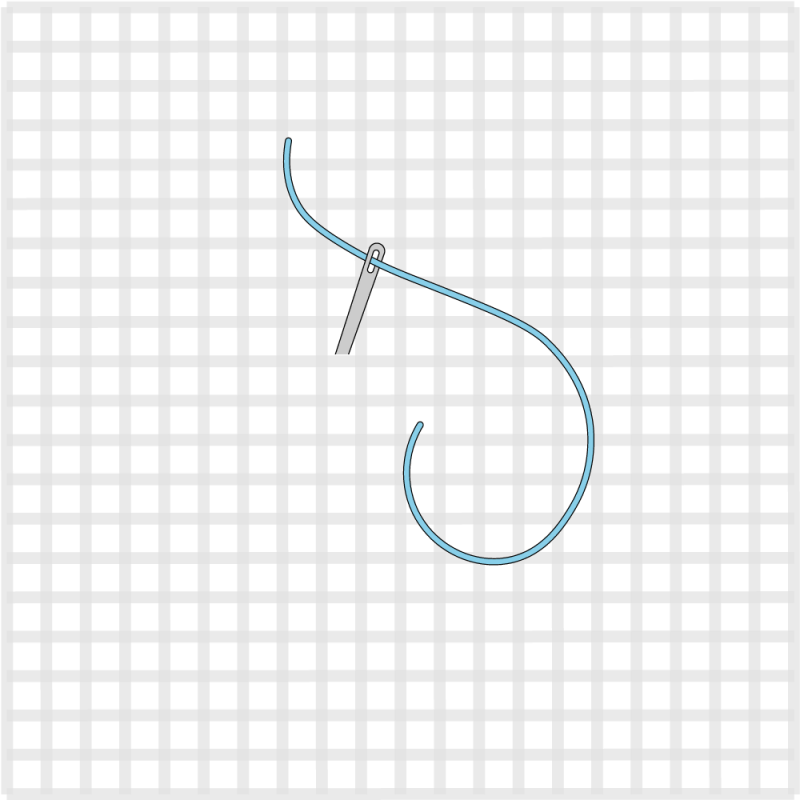 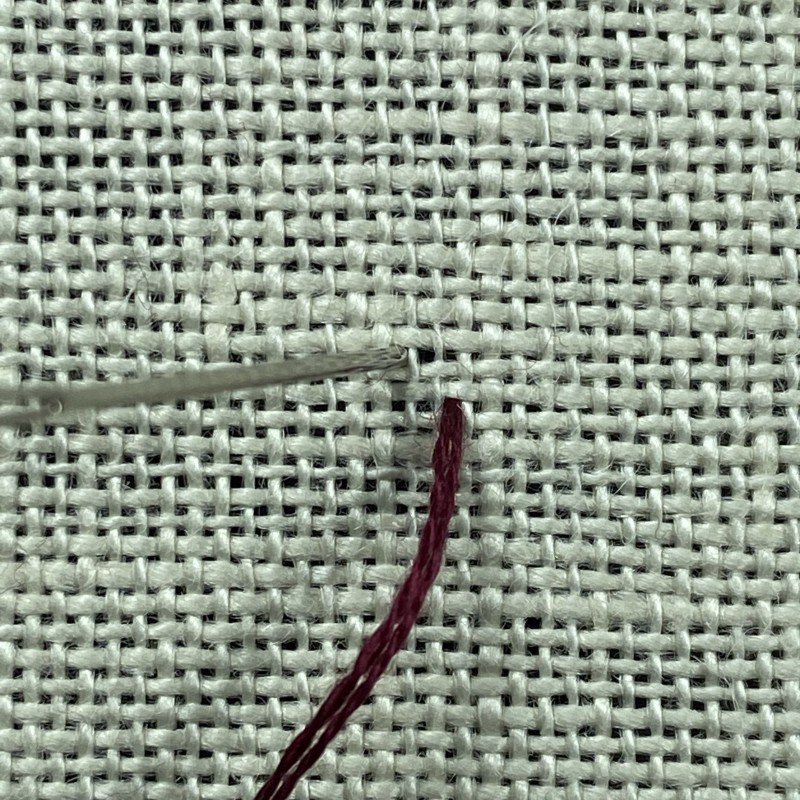 English Method: Take the first part of the stitch from the right-hand bottom side of the square across to the left-hand top side. 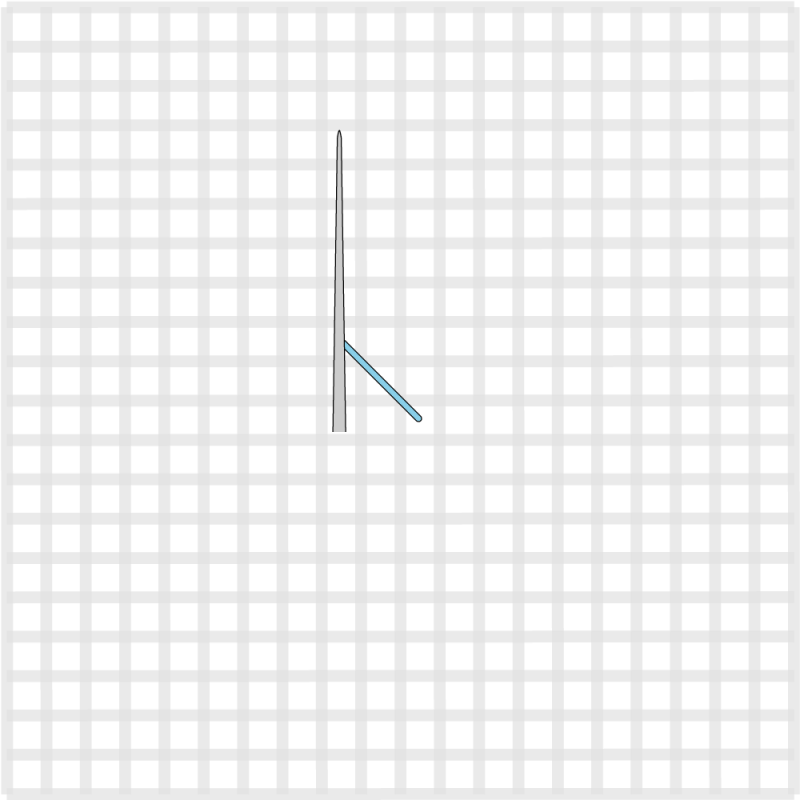 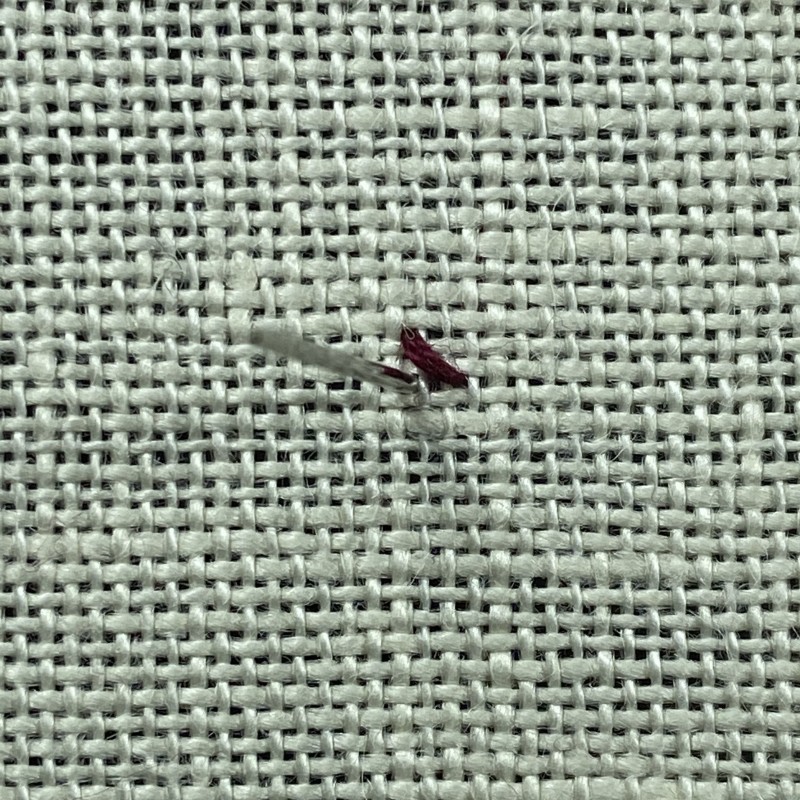 Bring the needle up at the left-hand bottom side of the square. 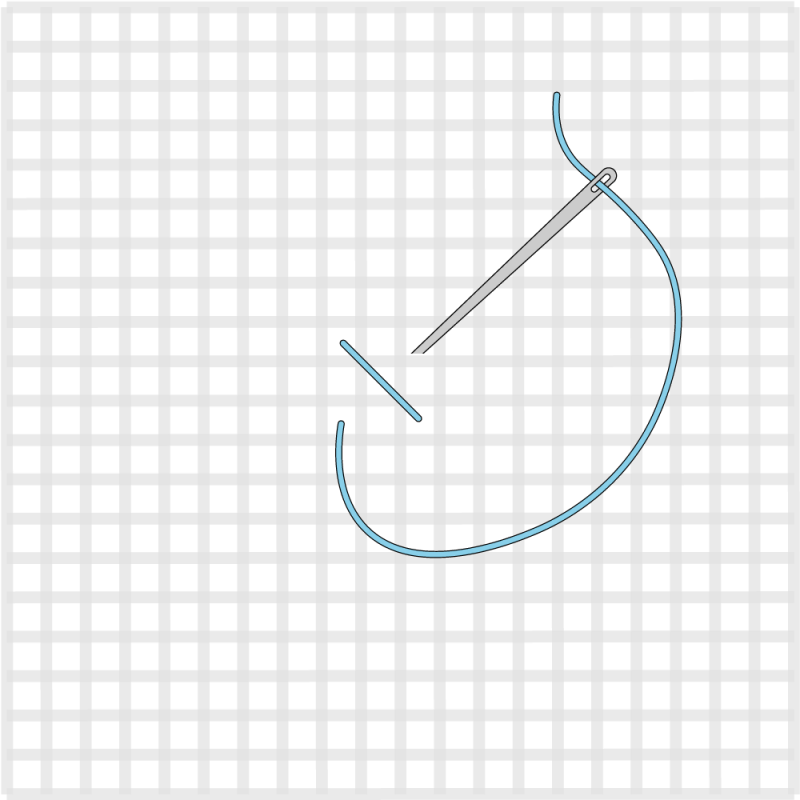 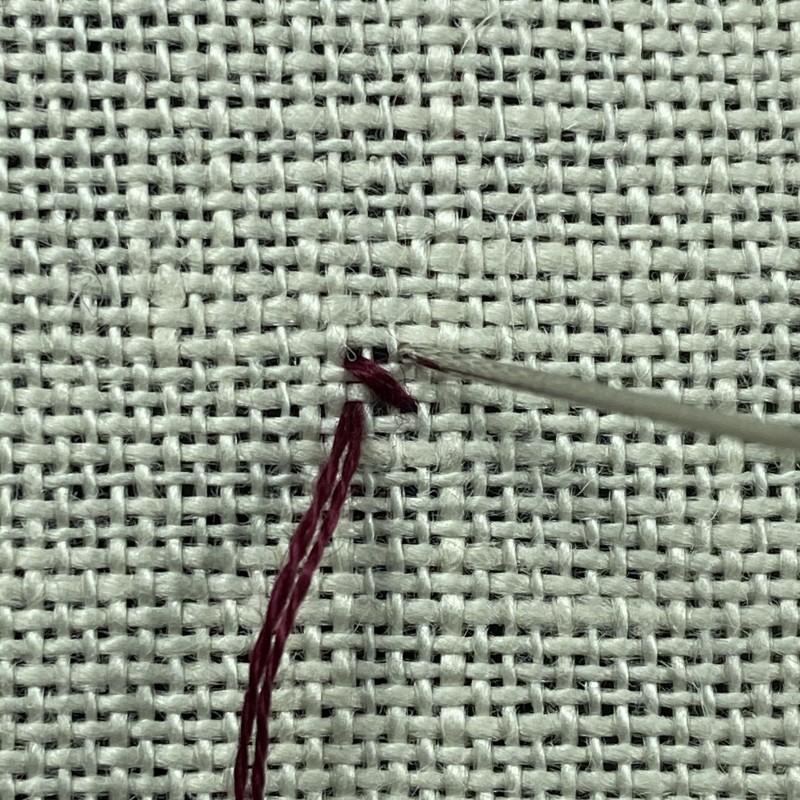 Work the second stitch from the left hand bottom side of the square across to the right hand top side.

The stitch directions could be reversed (i.e. bottom left to top right as the underneath stitch and bottom right to top left as the top stitch); it does not matter as long as the top diagonal stitch is consistent across all stitches. 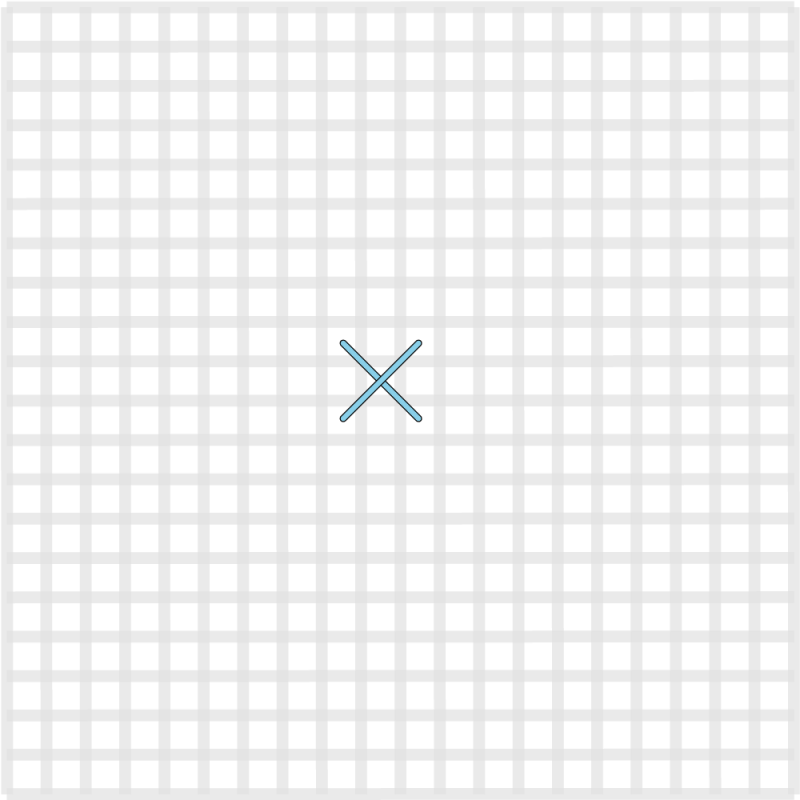 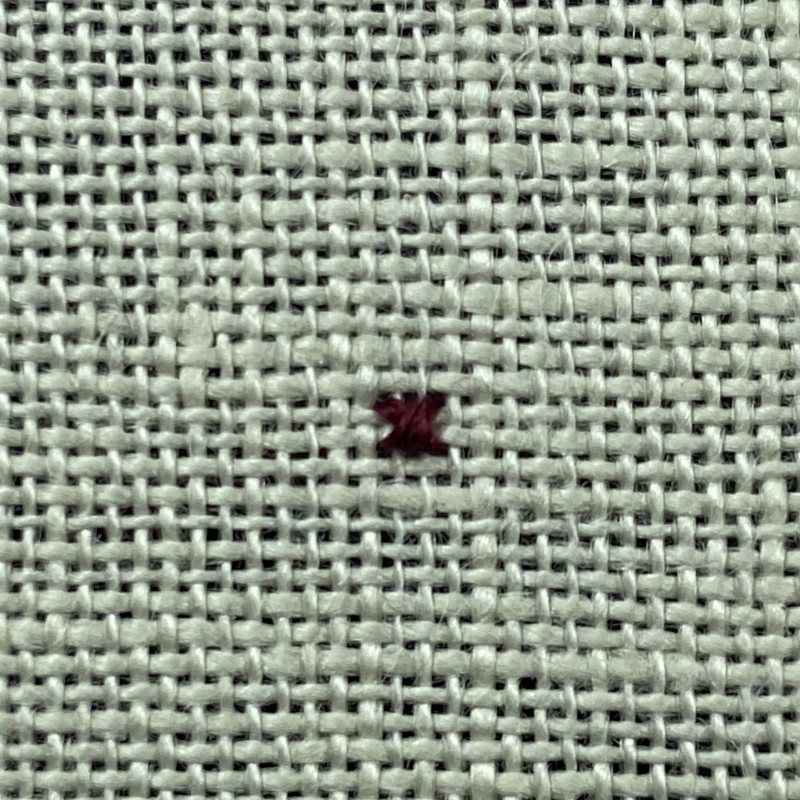 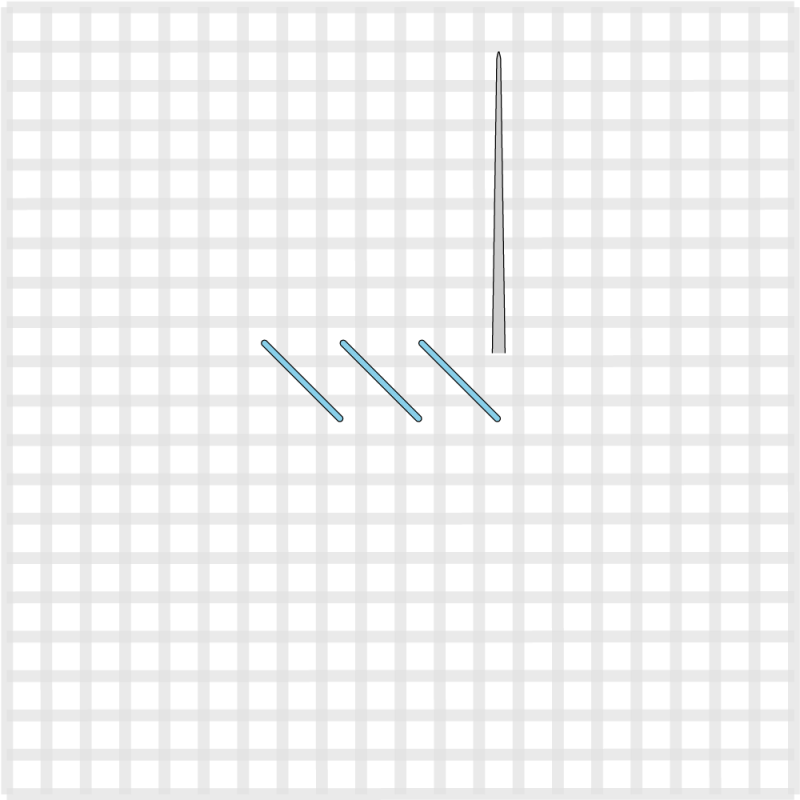 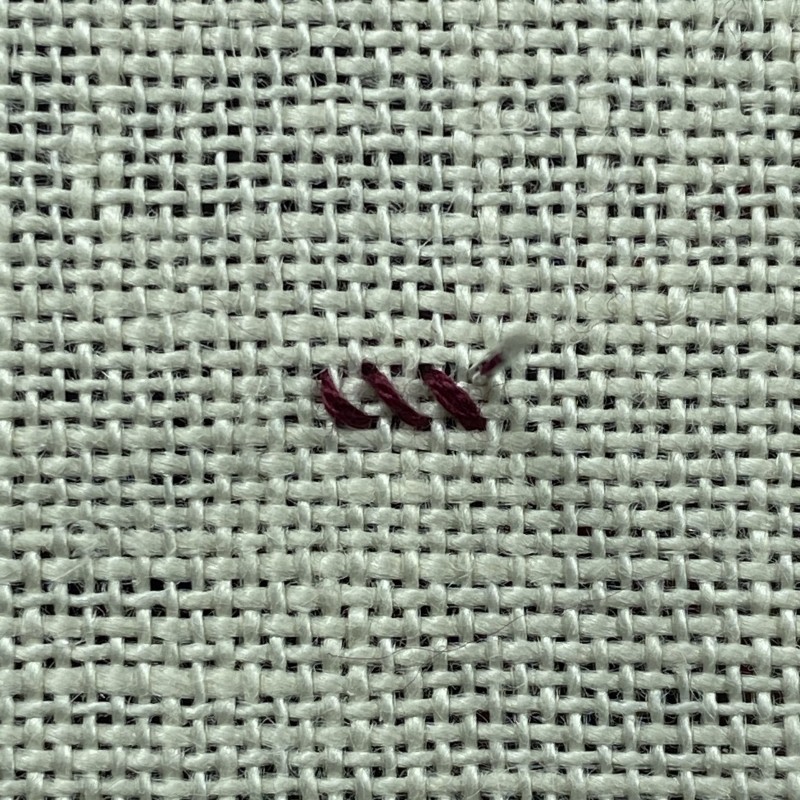 Danish Method: When filling in a solid ground, this method is a quick way to work. Work a row of the first half of the cross stitch first. 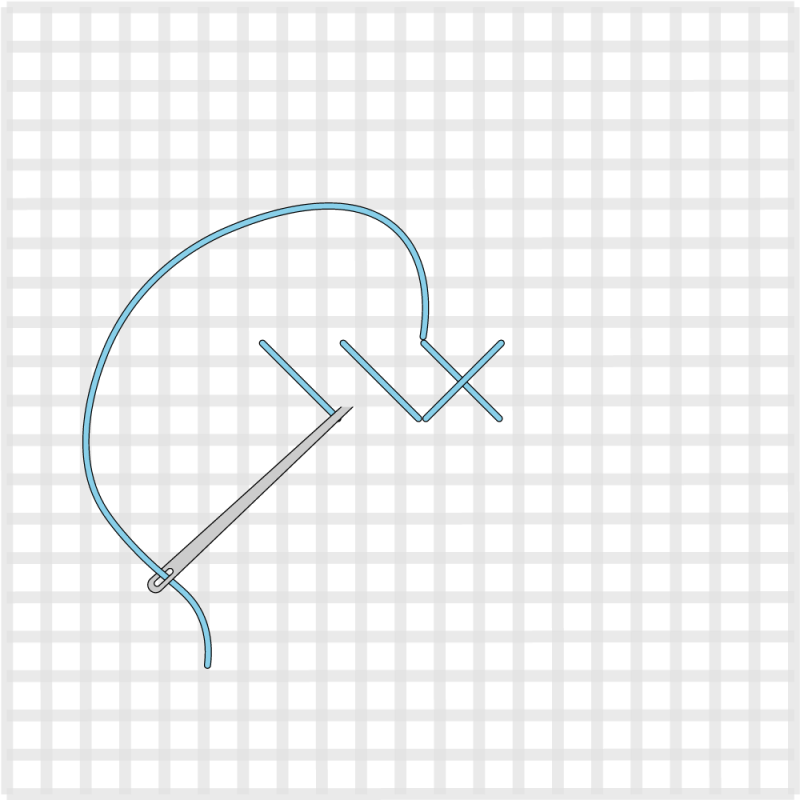 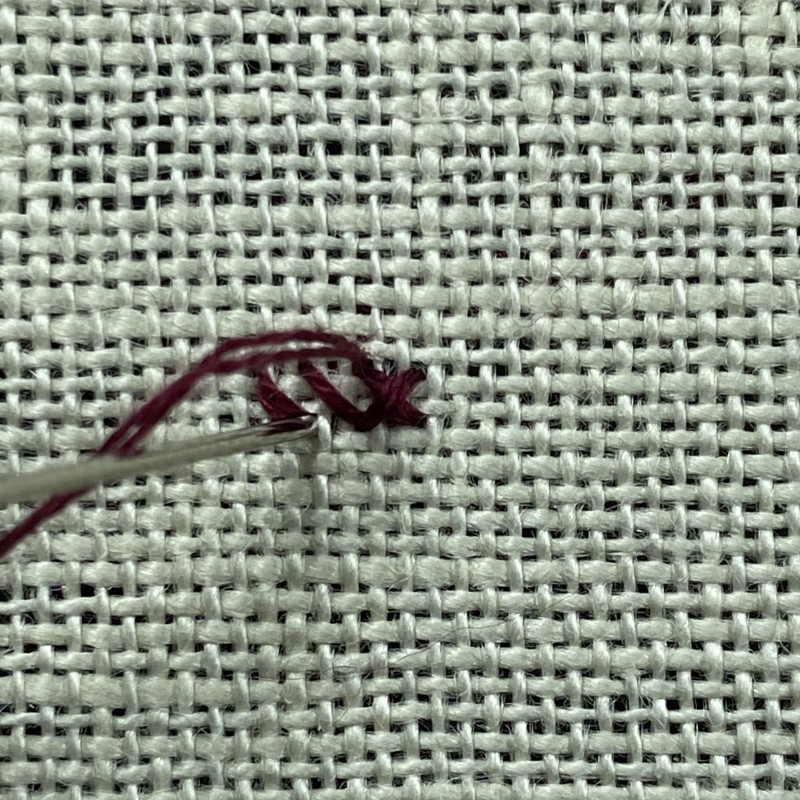 Then cross over the second half of the stitch on a return journey. 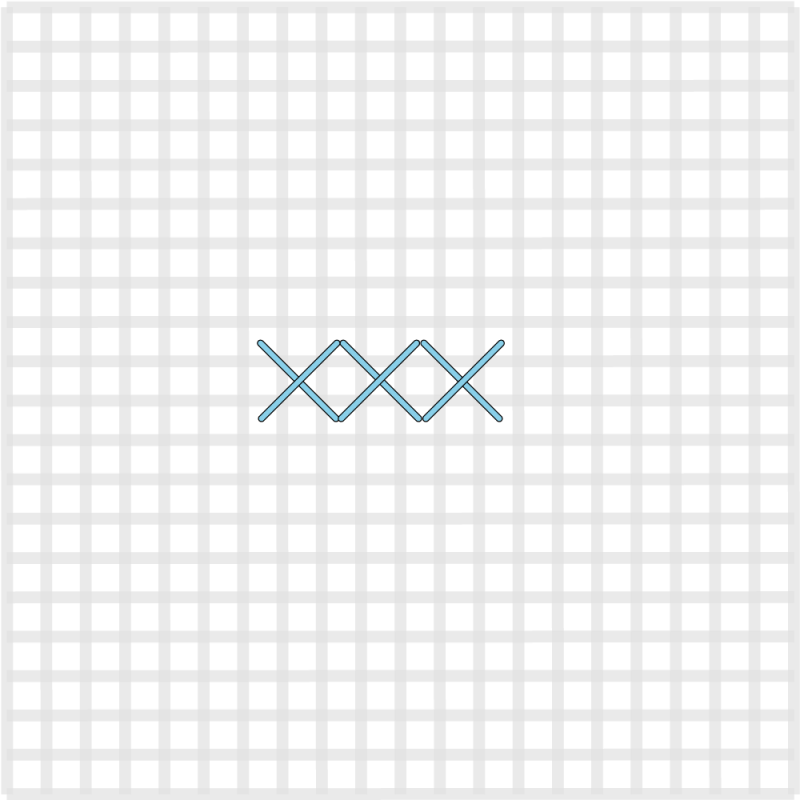 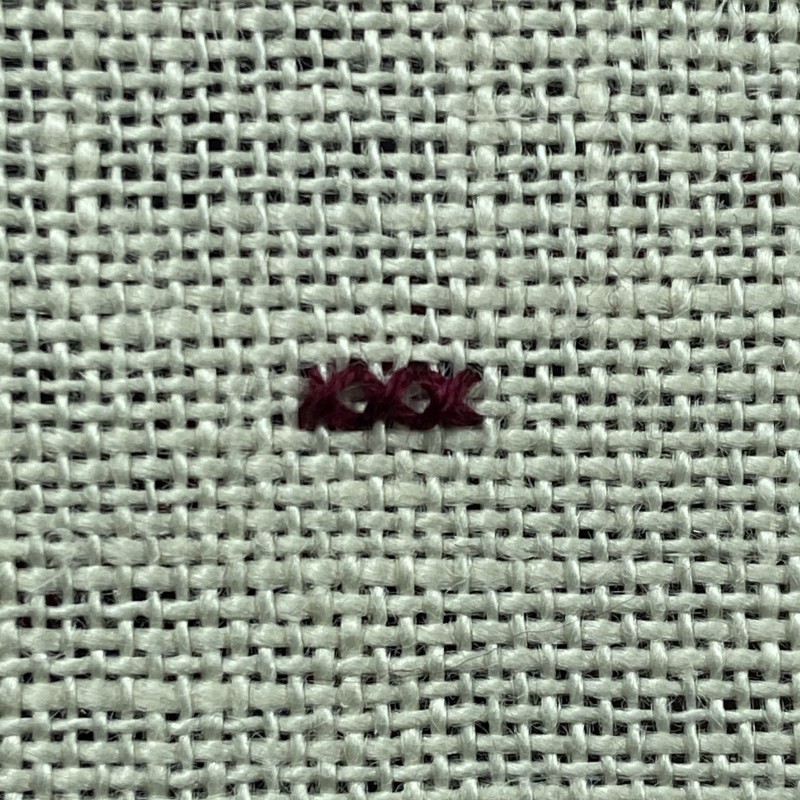 A completed row of cross stitch

Cross stitch is comprised of two straight, diagonal stitches that cross over one another to form an ‘X’ shape of equal length legs.

Cross stitch is used mainly used to fill in decorative patterns or shapes, and can also be used for outlines.

Cross stitch is mainly used as a counted thread technique on aida fabric in canvaswork but is also found in free embroidery on evenweave fabric. Both are commonly worked from a gridded pattern called a chart.

Cross stitch can be identified as two diagonal stitches, one over the other of equal length, to complete an ‘X’ shape. They can be seen individually in a pattern or in rows and columns making up a filled pattern.