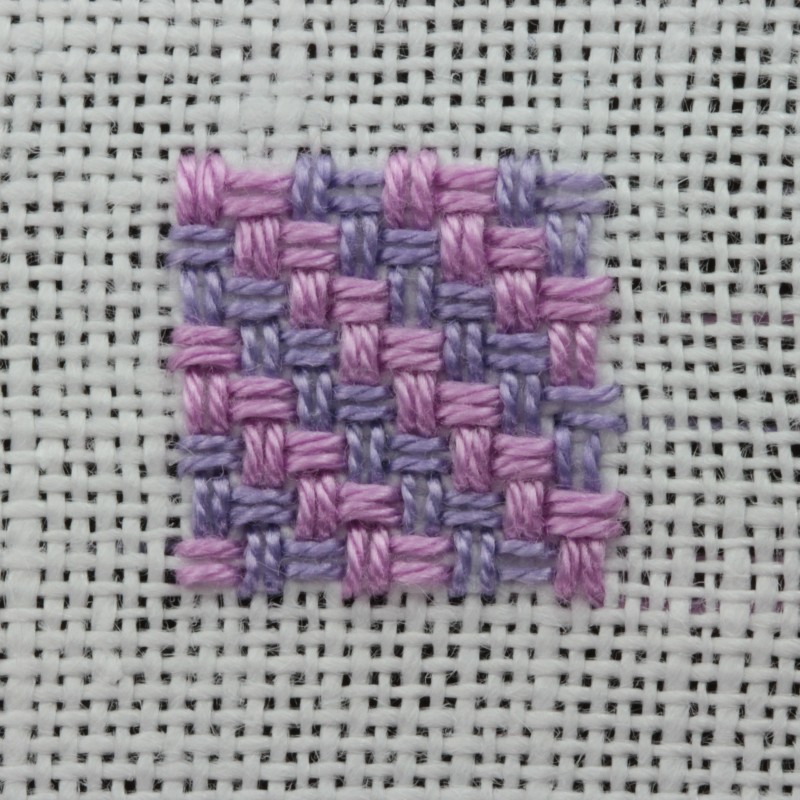 This is a variation of satin stitch which is worked on an evenweave fabric.  The stitch direction can be vertical, horizontal or diagonal and is usually used to form geometric patterns.

Counted satin stitch featured frequently on English samplers, as demonstrated by a late 17th century example currently held by the Victoria and Albert Museum, London.  It was also popular in Turkish embroidery from the 18th century where it embellished garments and other textiles: the V&A holds several such examples.

It is also a popular stitch in Hardanger embroidery from western Norway.  Hardanger is a counted thread technique which uses blocks of satin stitch (sometimes called kloster blocks) to form geometric designs.

This stitch is awaiting a sponsor.

There are endless patterns you can try. Experiment with different threads and make up your own patterns.
Use a tapestry needle so that it slides easily between the threads of the fabric. 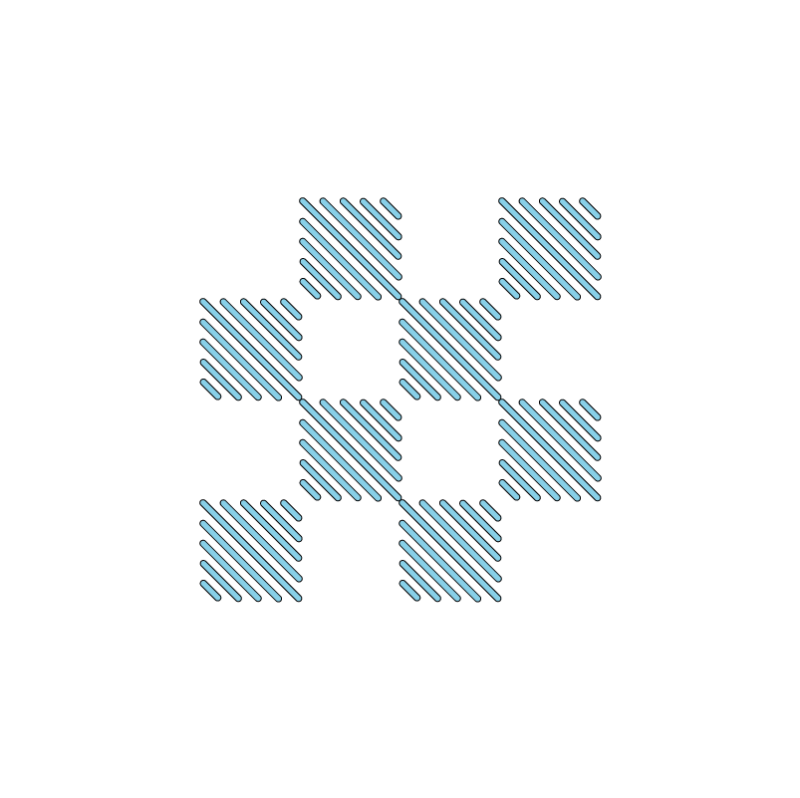 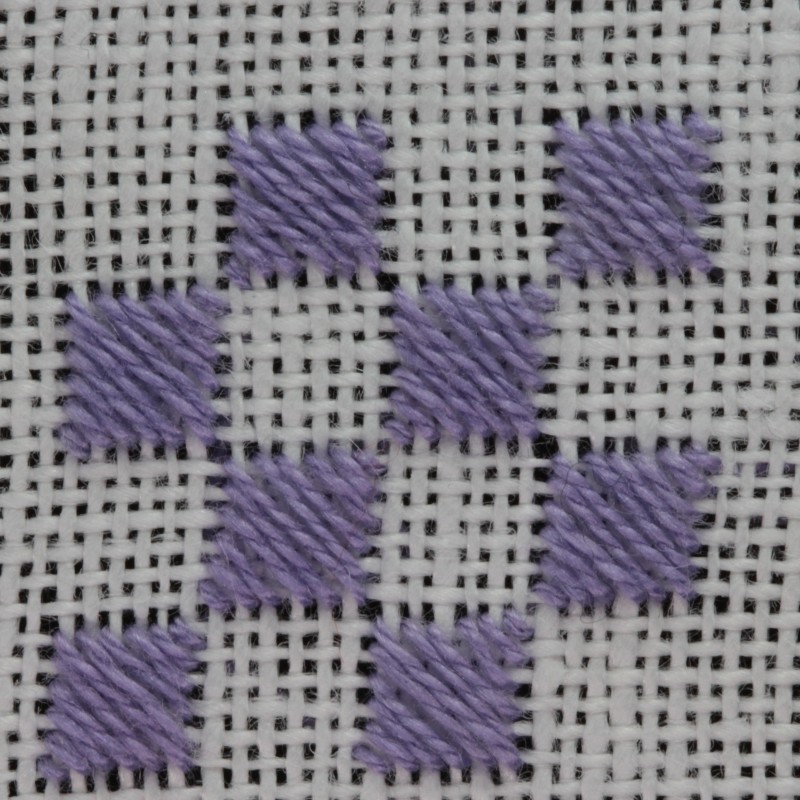 This pattern is made with square blocks of diagonal stitches, alternating with blank squares. 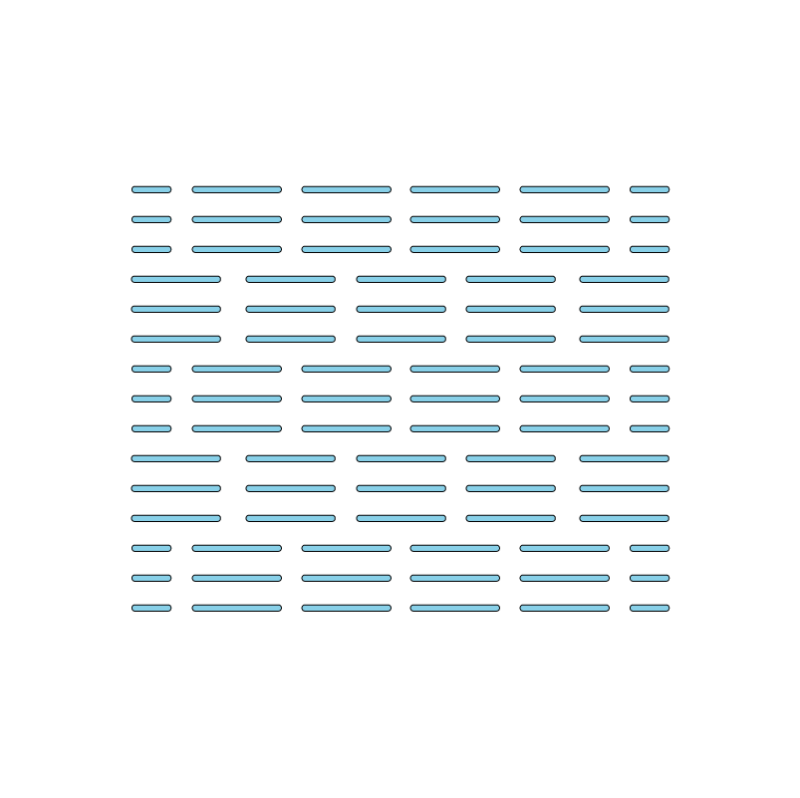 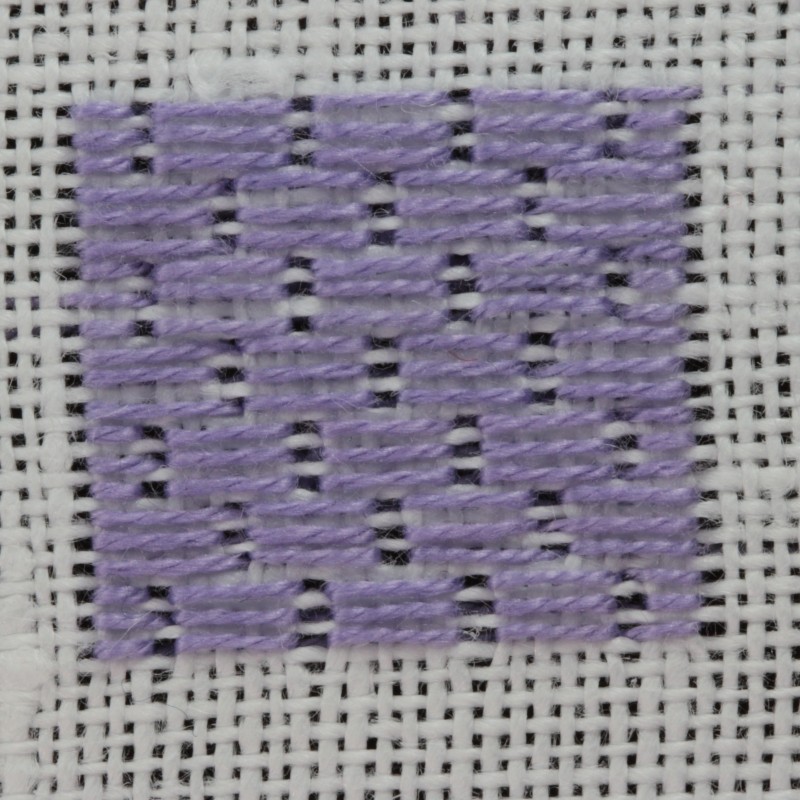 This pattern consists entirely of horizontal stitches over six threads. Blocks of three stitches are arranged in a bricked pattern. 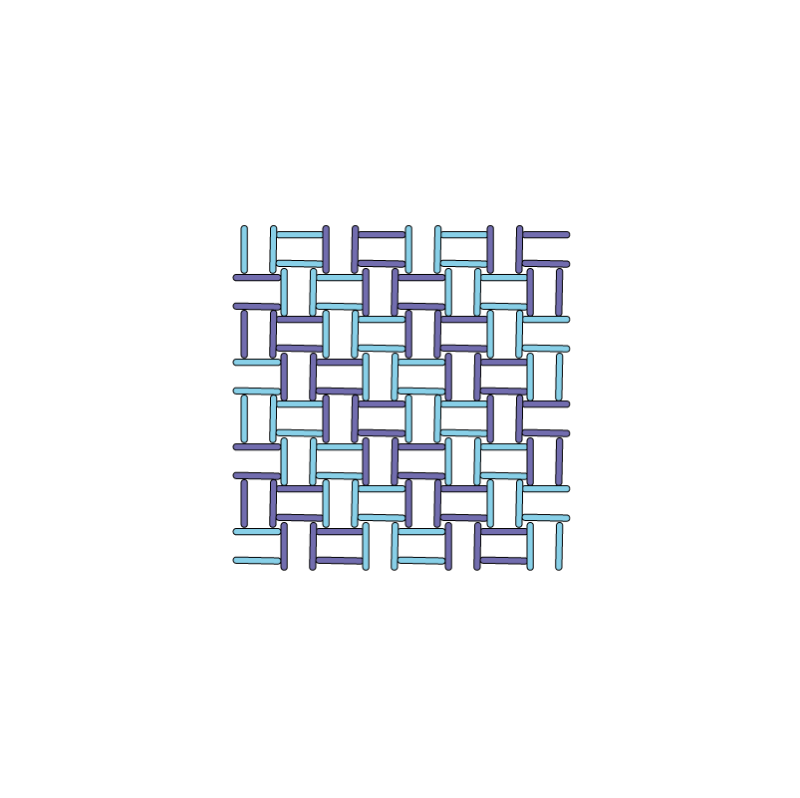 This pattern has alternating diagonal rows. Each row has pairs of either vertical or horizontal stitches. Two rows are worked with stranded cotton, then two with coton à broder and so on.