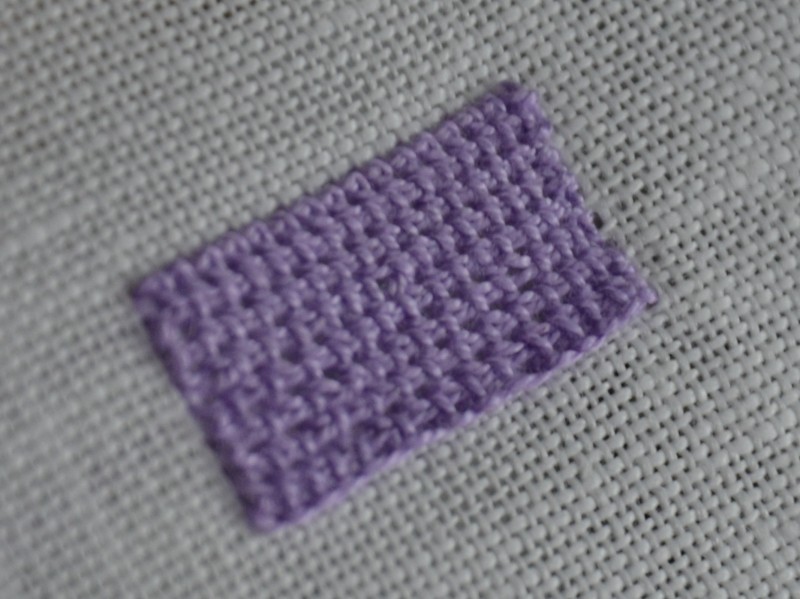 Single Corded Brussels Stitch is attached to the background fabric only at the edges. In the example below, a simple back stitch outline edge is used, but this could be a cordonnet when making a needlelace slip.

Single corded Brussels stitch has its origins in the Stone Age – vegetable fibre fabrics excavated in Denmark have been dated to 4200BC.  The stitch was used to weave a ‘needlemade fabric’, rather than being embellished on top of an existing fabric, but the structure of the stitch corresponds to what we know as Single corded Brussels.

More recently, it features as part of the Reticella tradition, a whitework technique from dating from the late-Medieval period.

For more background see the entry for Single brussels stitch.

It is very useful to work a sample to practice the stitch. Keep the tension as even as possible and try not to pull the stitches too tightly. You could use a tapestry needle or a mellor to adjust the tension as you form the rows of stitches. When the thread is not long enough for the next row, finish the thread at the end of the row and start a new thread at the beginning of the new row. 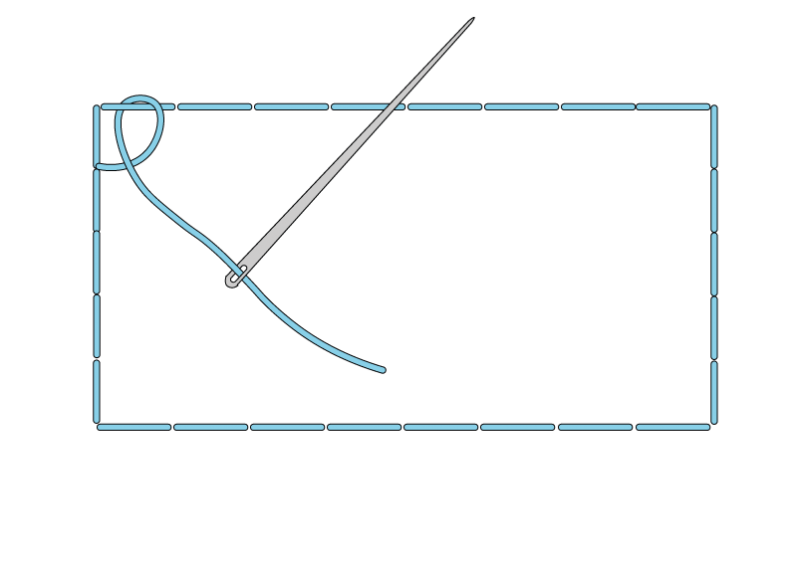 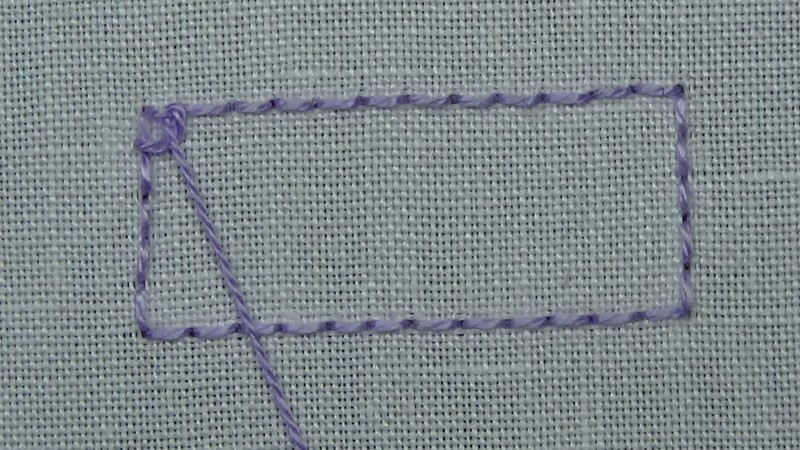 Start at just under the top left-hand corner of the shape and work a buttonhole stitch. The stitch is attached to the fabric by passing through the top outer edge only. 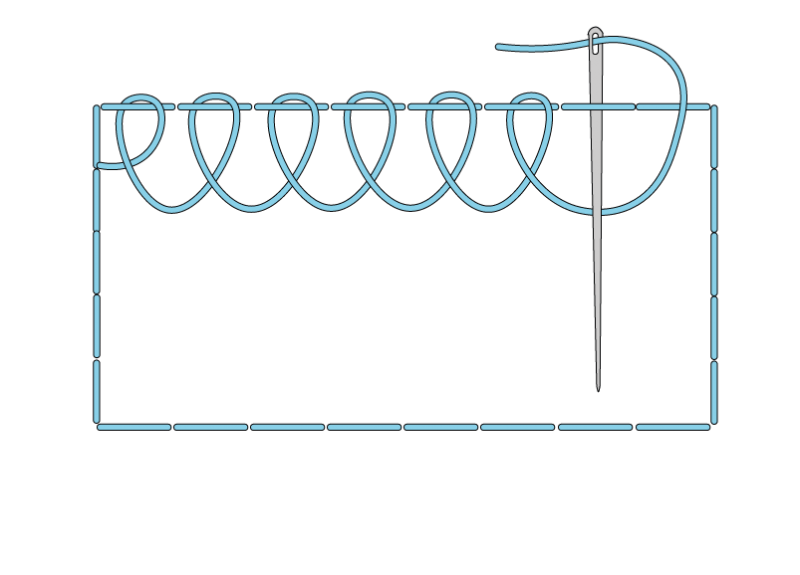 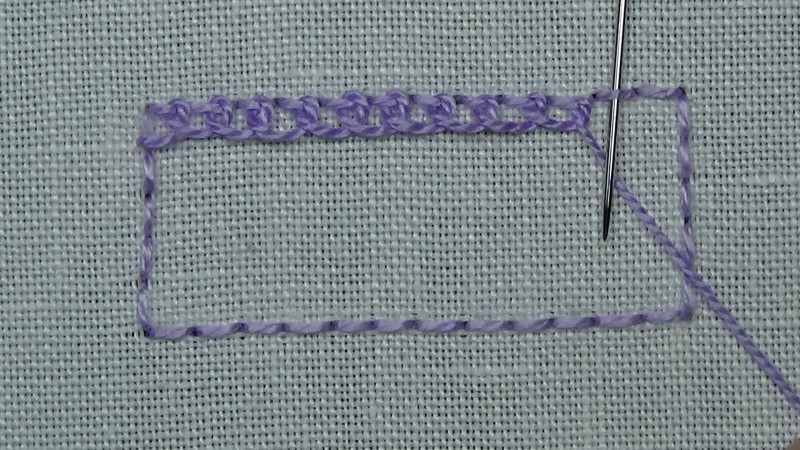 Repeat along the row to the right-hand edge of the shape. 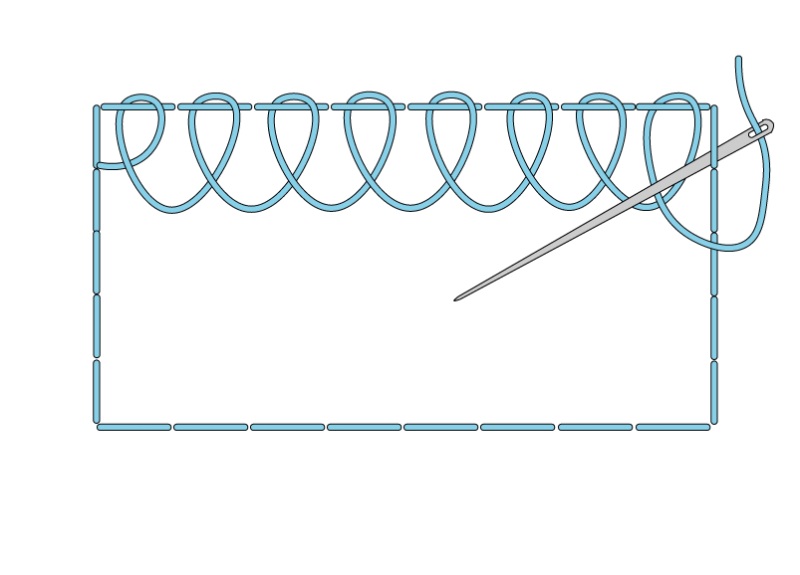 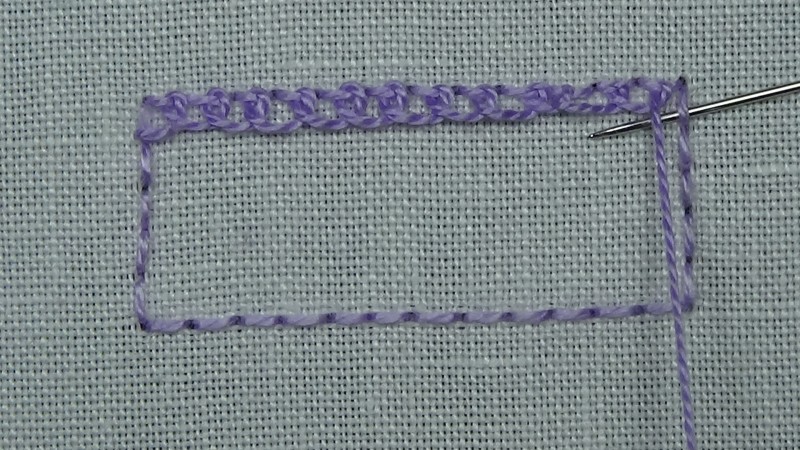 Attach the stitch to the right-hand side of the shape by whipping the edge. 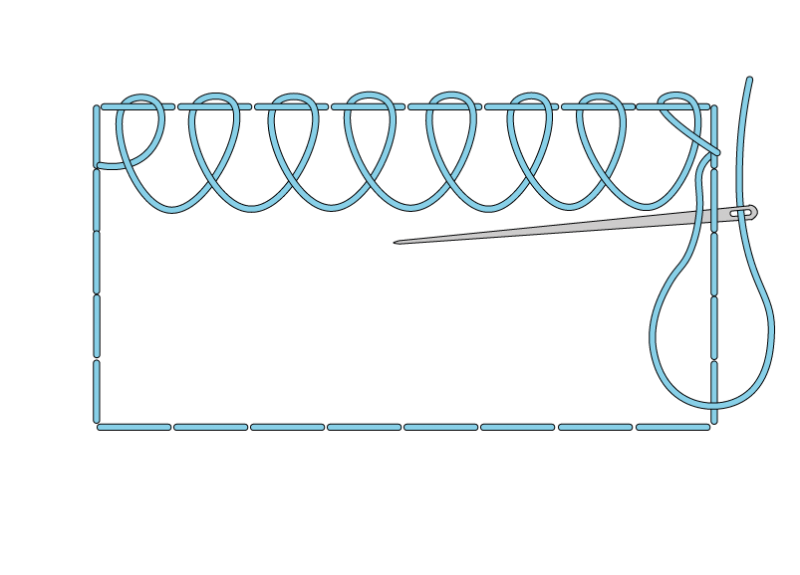 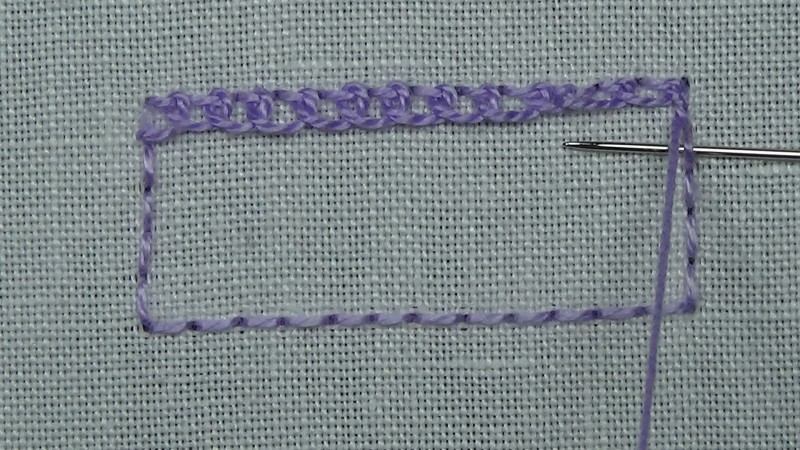 Whip the side edge again to bring the needle just below the first row. 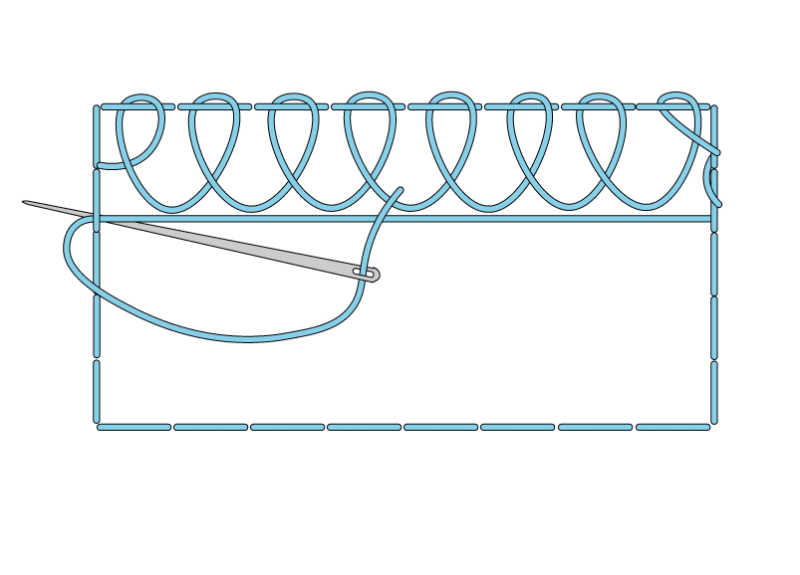 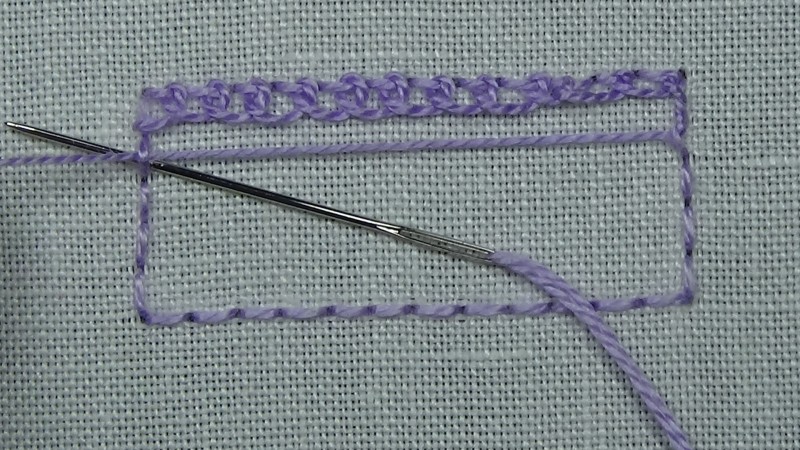 Pull the thread through to form a cord going across the shape, then whip down the left side edge to bring the needle just below the cord. 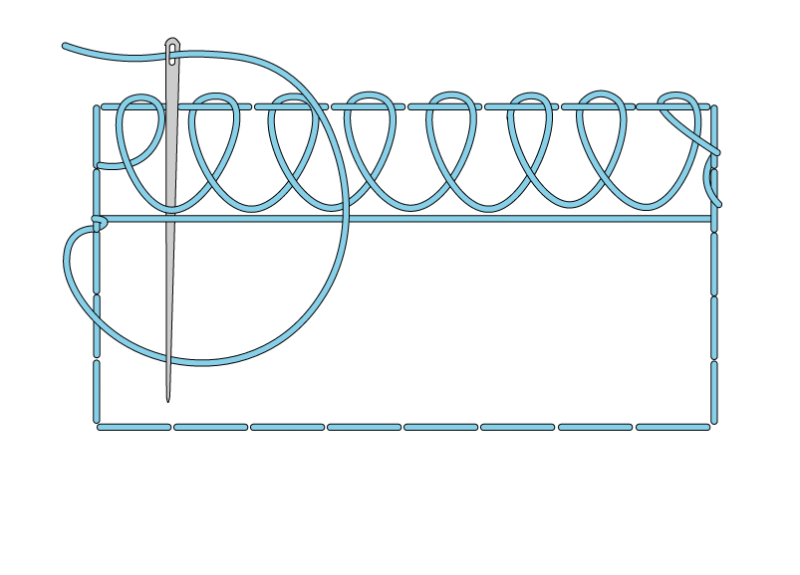 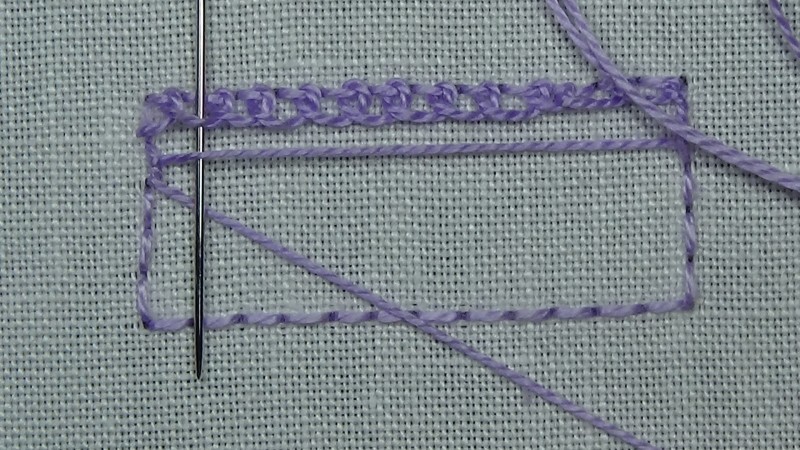 Work another row of buttonhole stitches from left to right, passing the needle through the loops of the previous row and the cord. 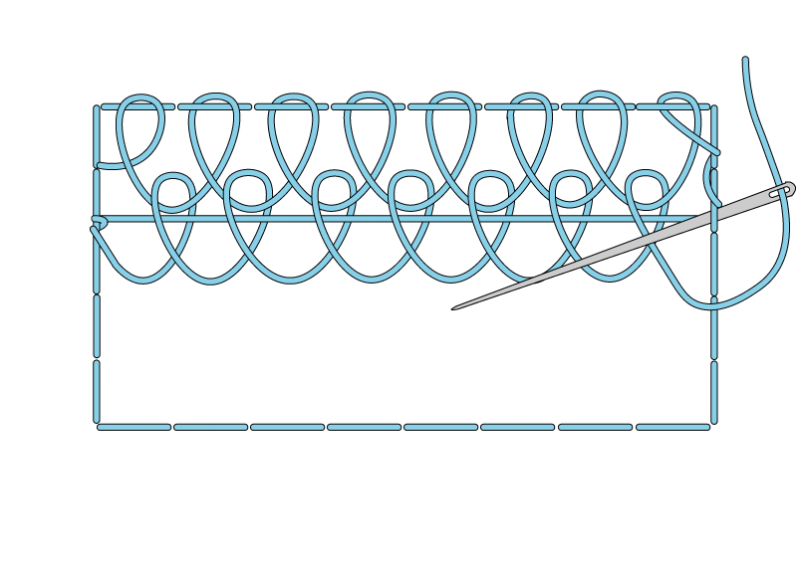 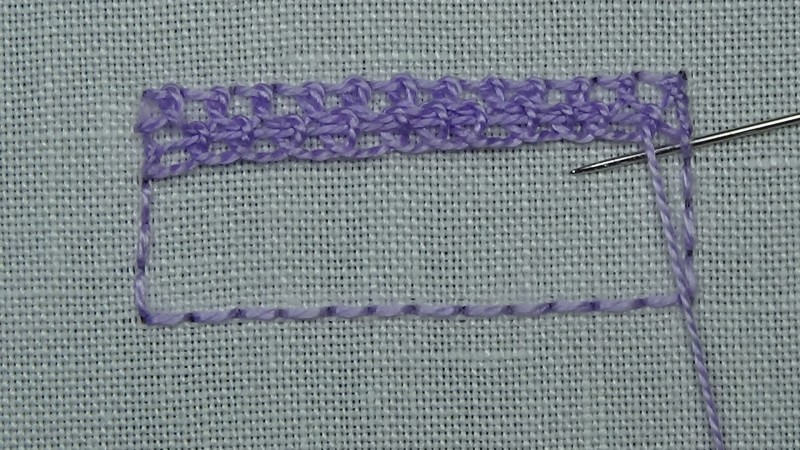 Whip down the right side edge to bring the needle just below the previous row. 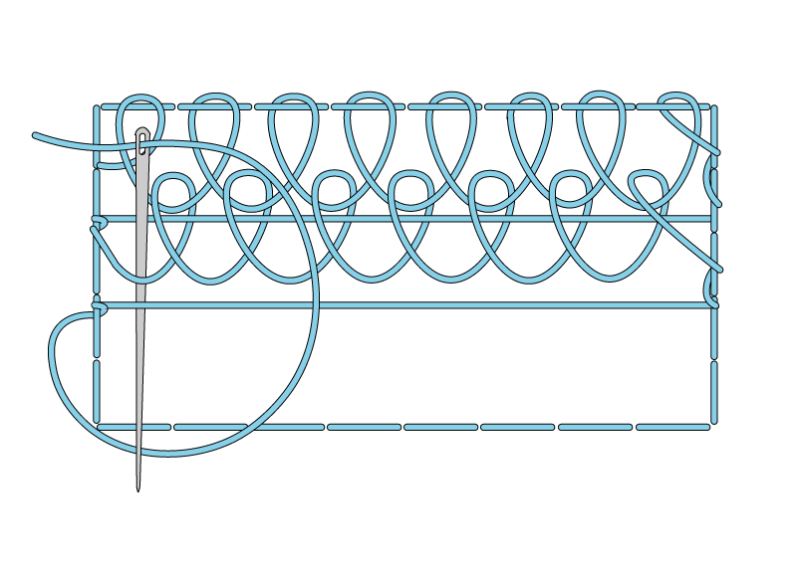 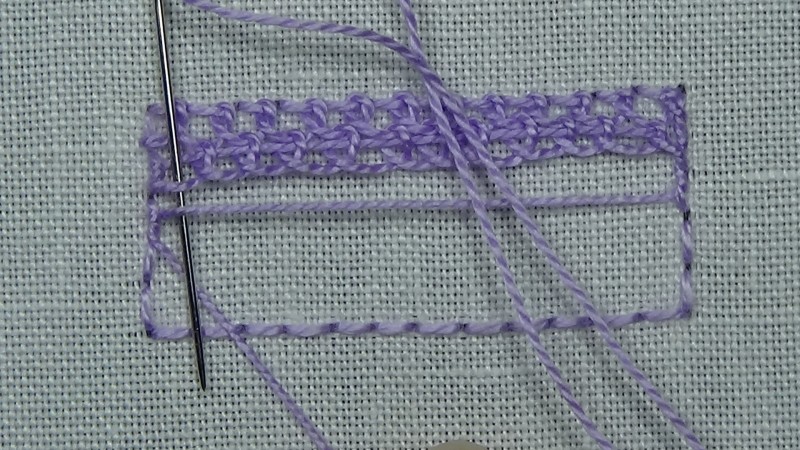 Form a cord again and whip down the left side edge to bring the needle just below the cord. 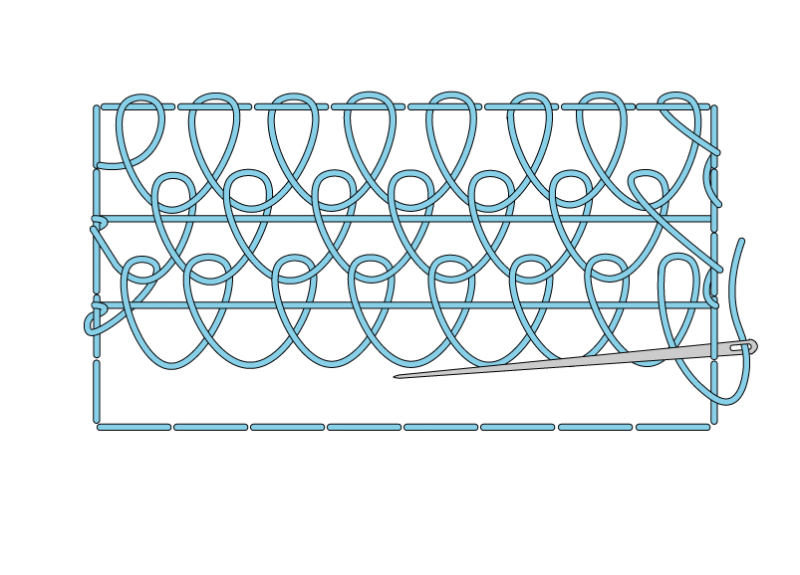 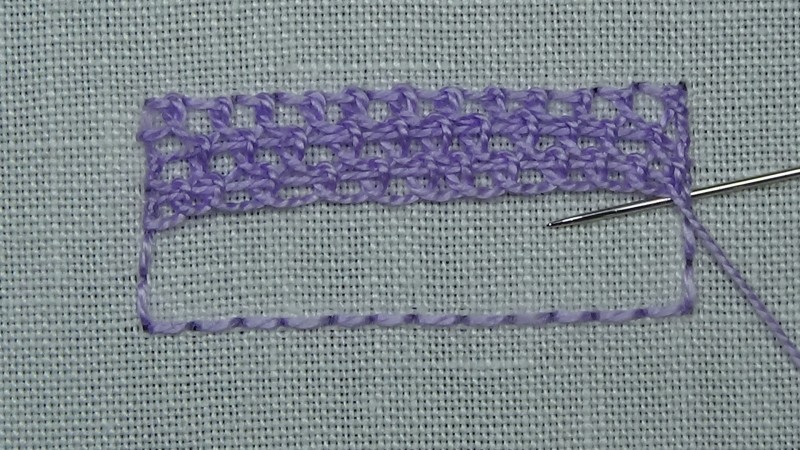 Continue to work rows of buttonhole stitch across the shape, forming each stitch by passing the needle through the loop just above it and the cord. 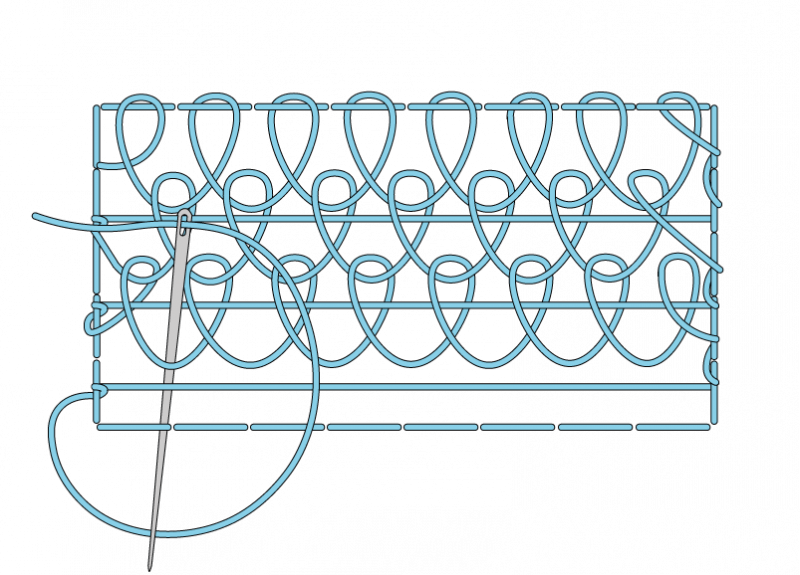 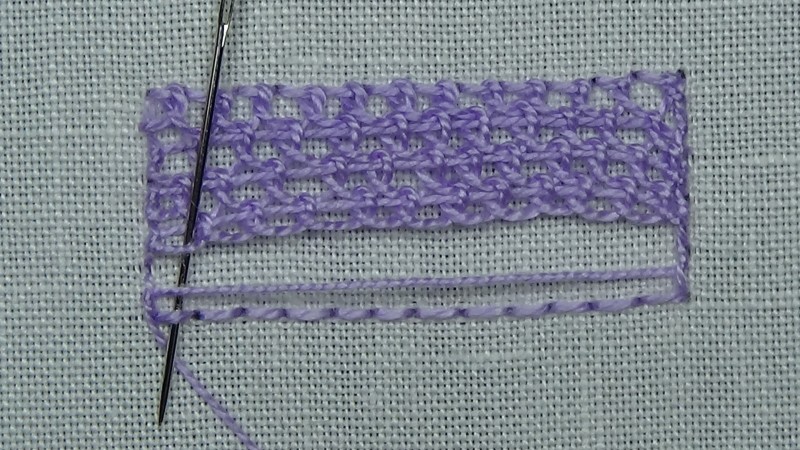 On the final row, pass the needle through the loop of the buttonhole stich above, the cord and the bottom outer edge as you form each stitch. 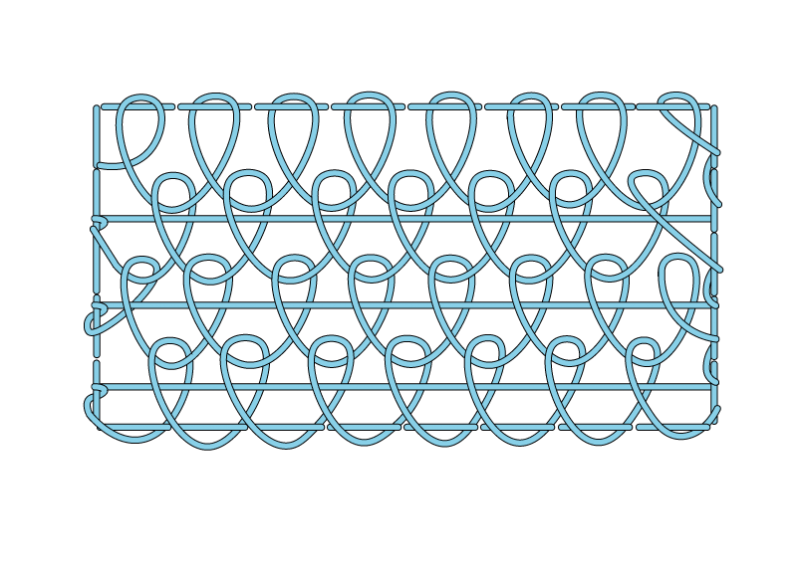 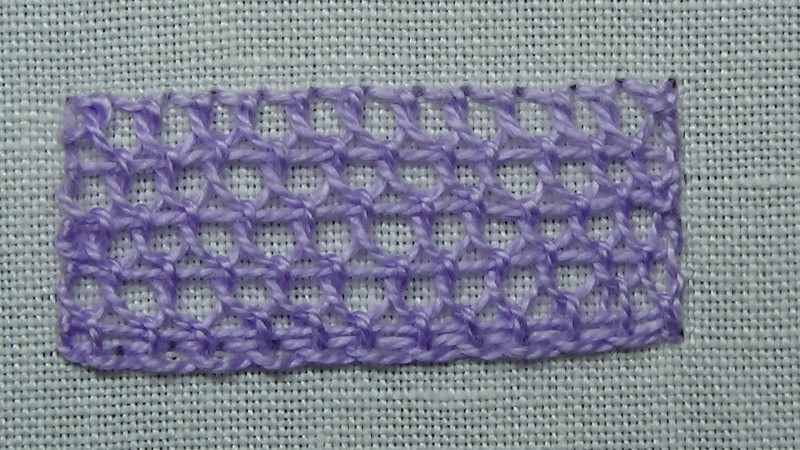 You can adjust the tension of the thread with a needle or a mellor. 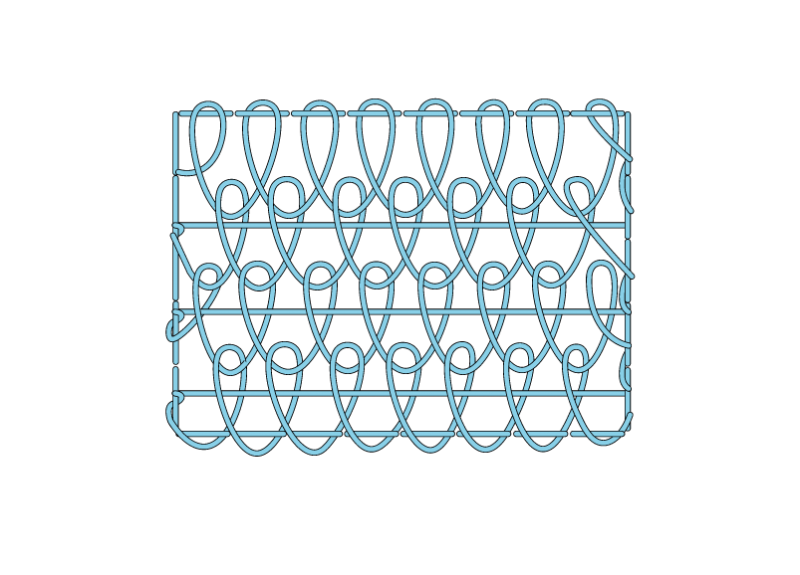 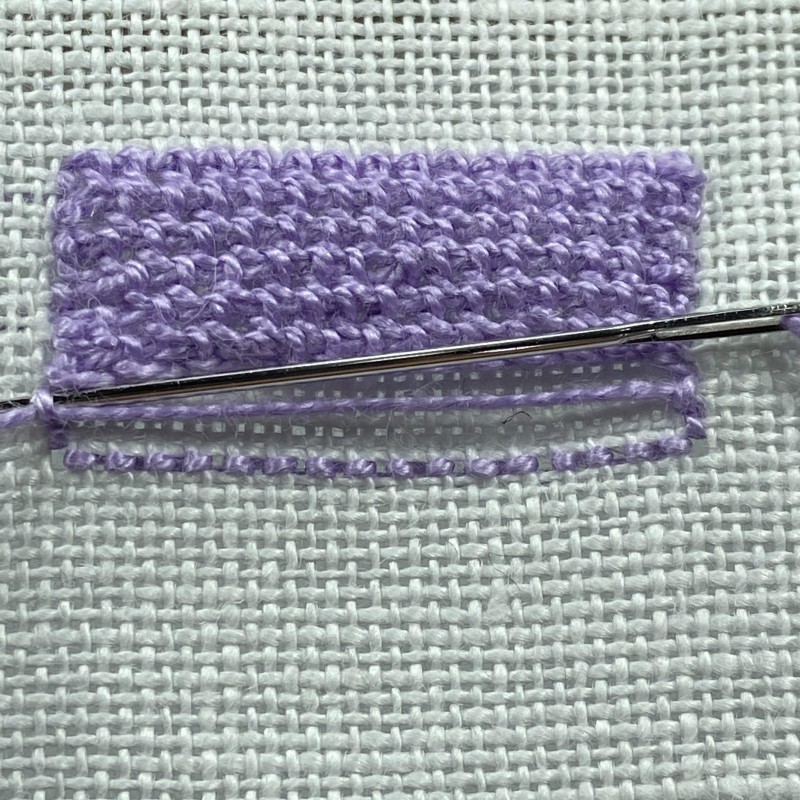 Work the stitch tightly by making the loops of the buttonhole stitch smaller in order to achieve a more dense look.

This stitch is often used in Stumpwork embroidery.