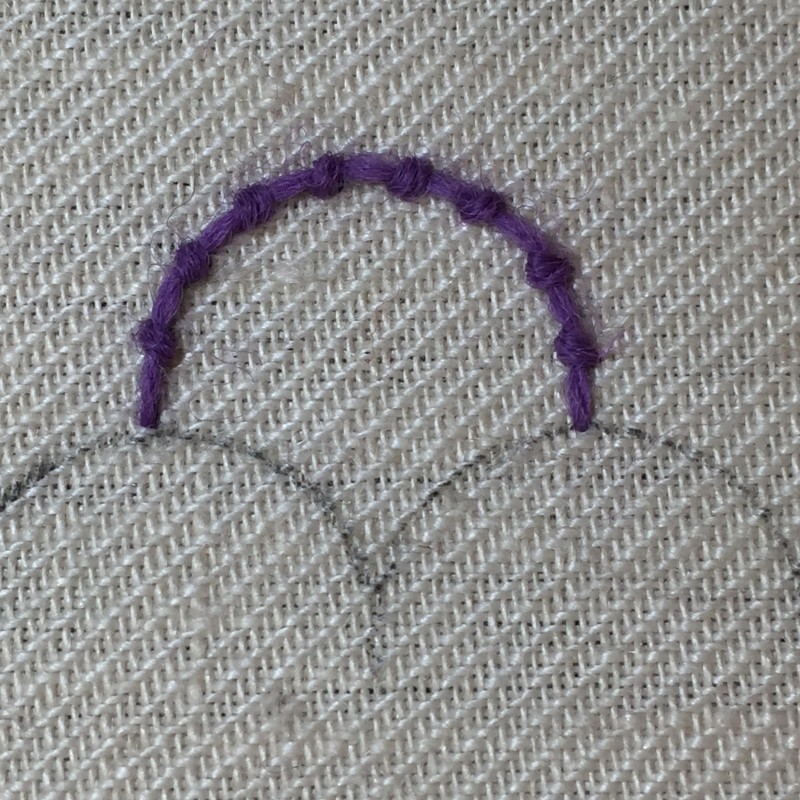 Coral stitch has an ancient provenance as it is credited with being one of the stitches used by ancient Egyptian stitchers.  More recently, it features on the earliest known English sampler, dated 1598, a late 16th century English headdress and was a popular stitch in 17th and 18th century English crewelwork.

It became an integral part of German Schwalm Whitework (Schwälmer Weißstickerei) in the late 18th century and early 19th century.  It is also used in Sardinian knotted embroidery (Punt ‘e Nù), a form of counted thread whitework from Teulada, Sardinia. 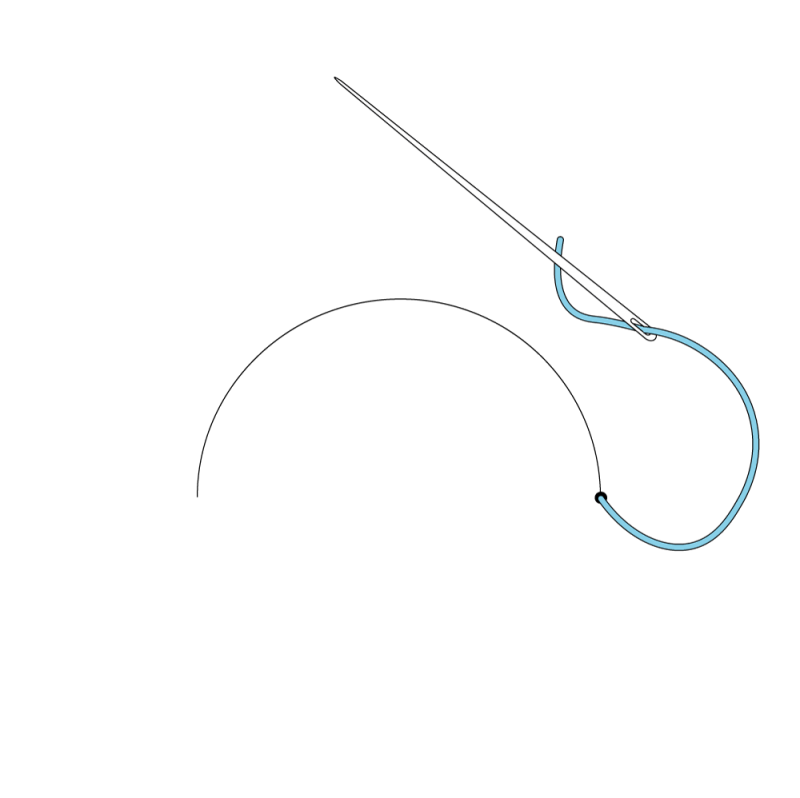 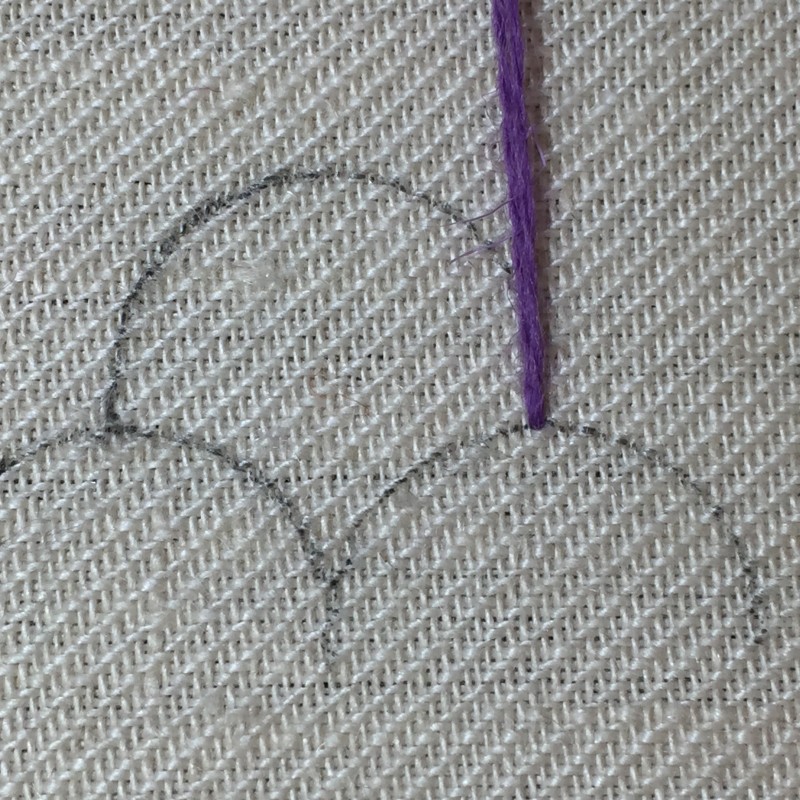 Bring your needle to the surface and lay your thread along the design line in the direction of travel. 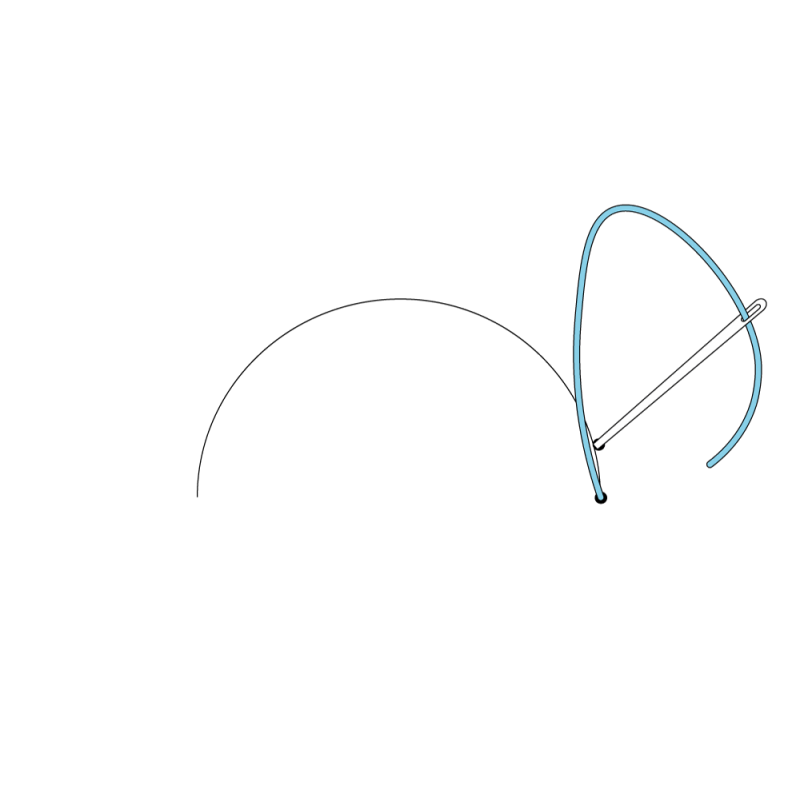 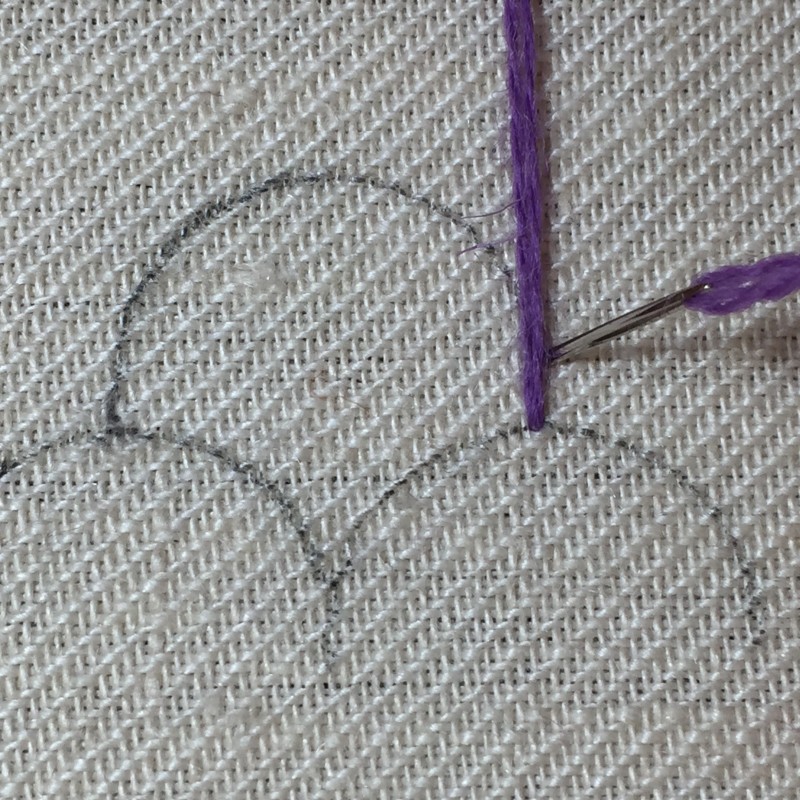 Hold on to the thread and take the needle down through the fabric on one side of the laid thread. 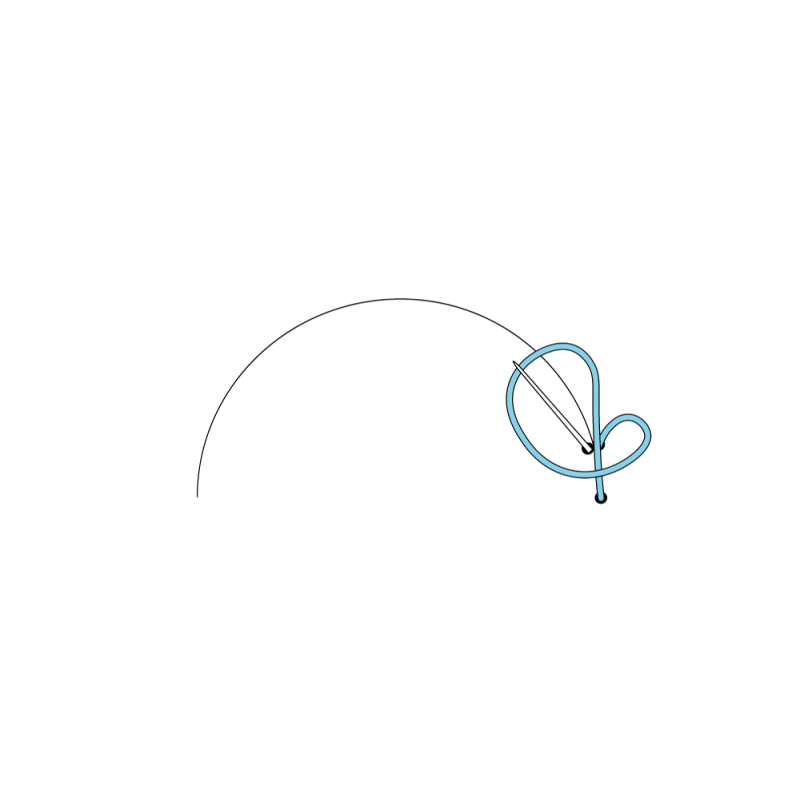 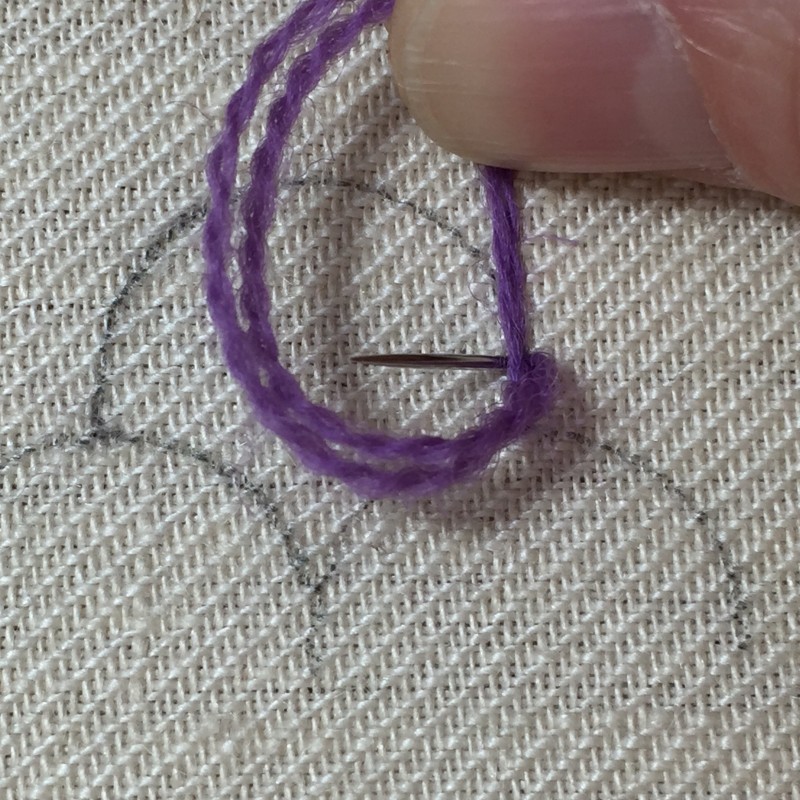 Draw the thread through partway to create a loop, then bring the needle back to the surface on the other side of the laid thread and up through the loop. 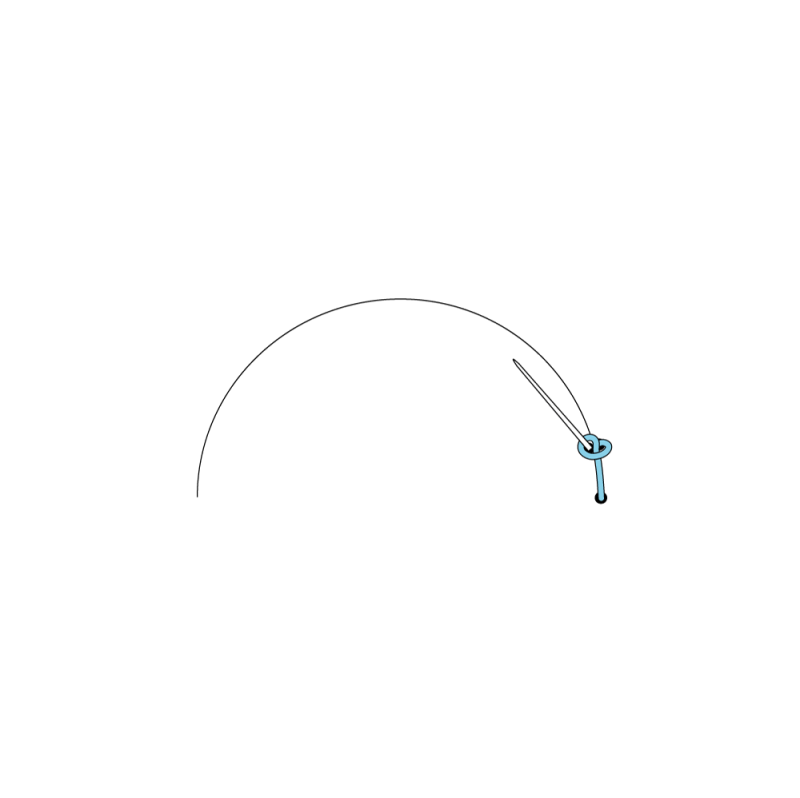 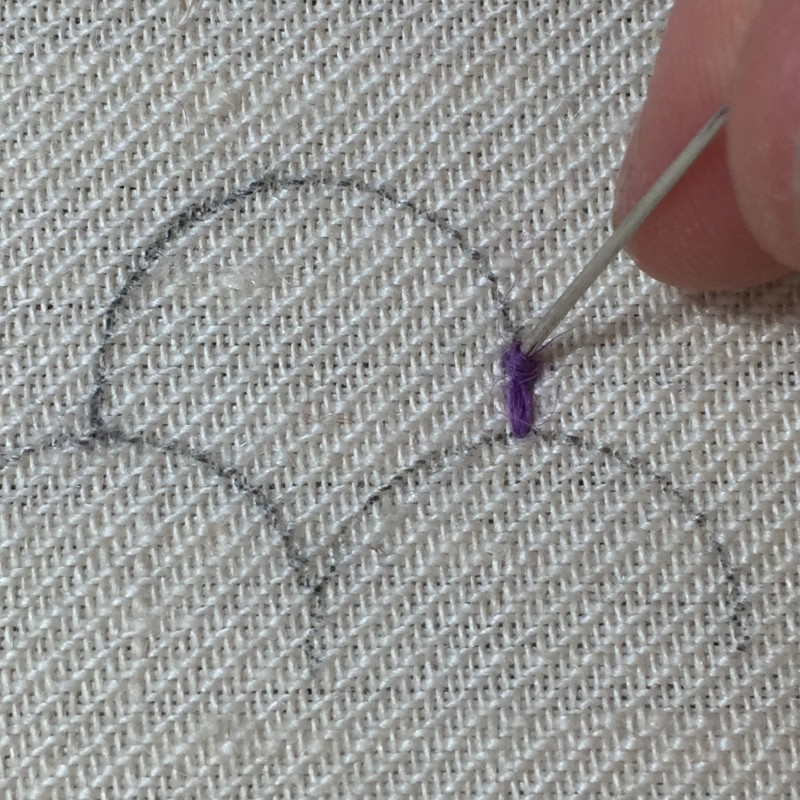 Hold on to the needle in the fabric and draw the thread through from the underside, pulling the loop tight against the needle. 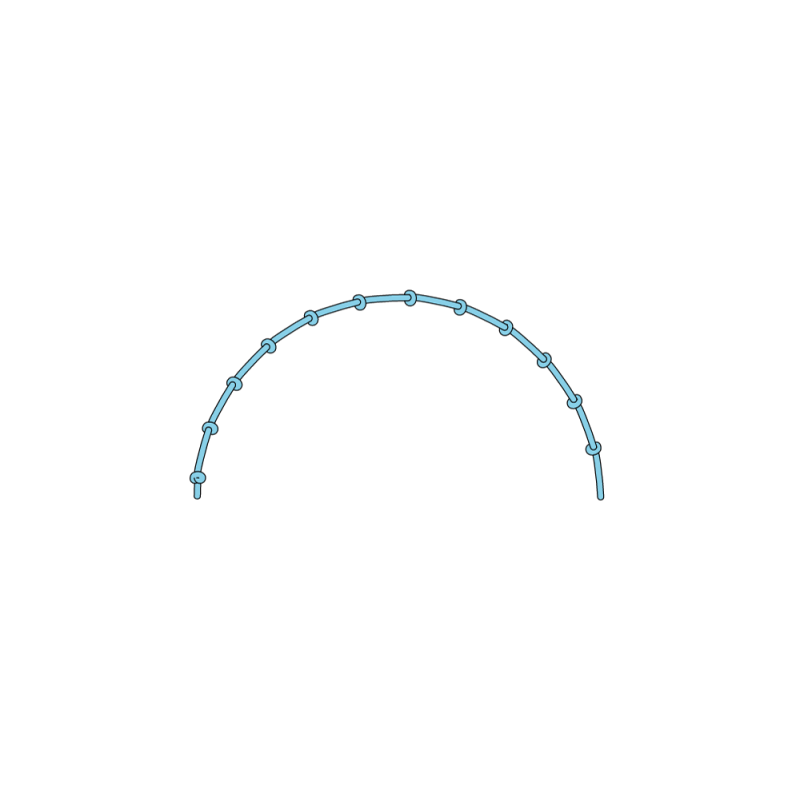 Bring the needle up to the surface to repeat. Continue along the line, producing knots at equal intervals.

It is commonly used for outlines and tendrils in floral designs.