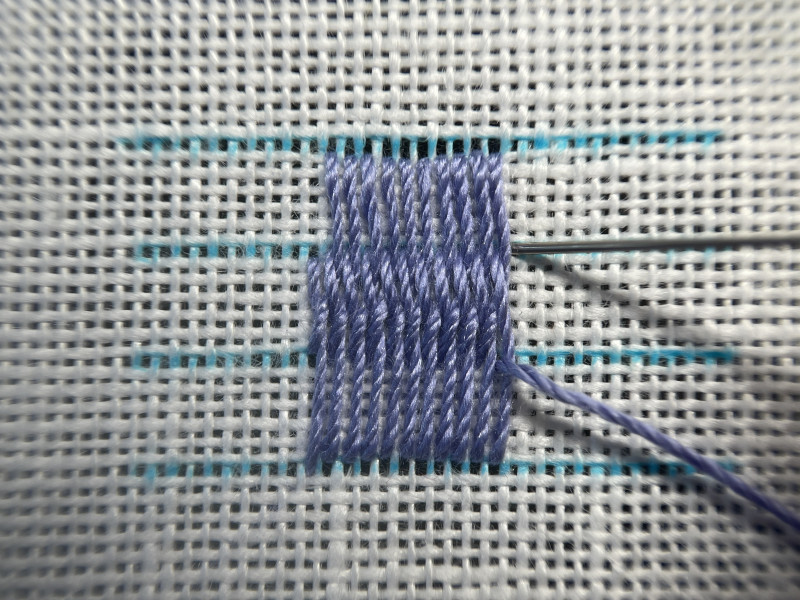 This surface stitch consists of long, almost parallel stitches which anchor the previous stitch from alternate sides.  This results in a filling stitch where the central area is more closely worked than the edges. As its alternative name of long-armed feather stitch suggests, Cretan stitch has structural similarities with feather stitch.

The name suggests that the stitch originated in Crete, and whilst it was certainly used in Cretan embroidery (as indicated by an embroidered skirt from mid-18th century Crete, held by the Victoria and Albert Museum, London), there is no evidence to indicate that it originated on the island.  The first evidence of its use is on a piece of 16th century Swiss/south German ecclesiastical embroidery currently held by the Cleveland Museum of Art, Ohio.  More recently, it has been used to decorate garments in Oman.

When dividing the area to be stitched into 3 spaces, they do not have to be equal. 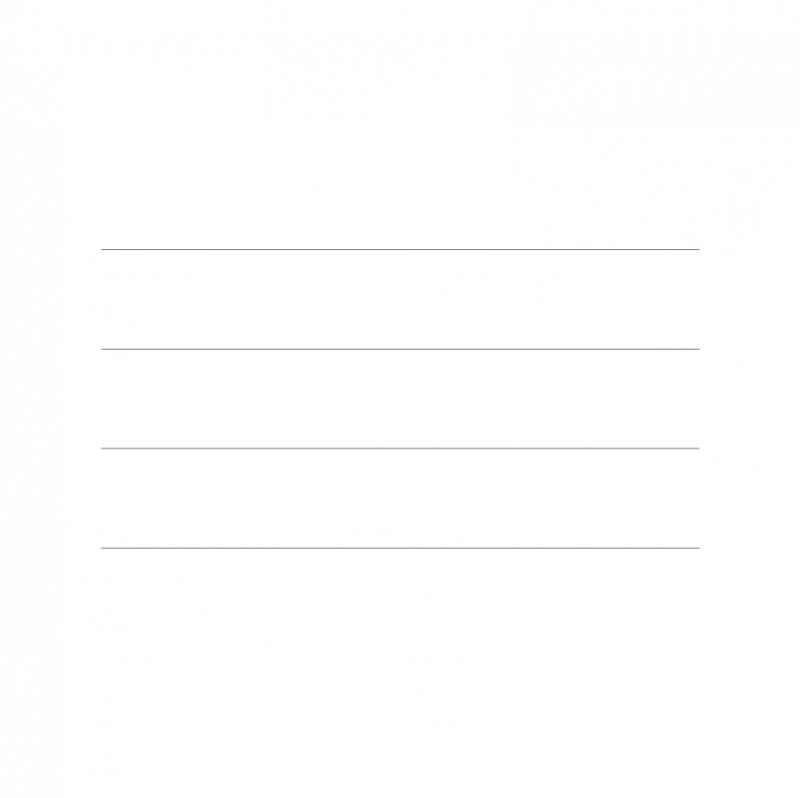 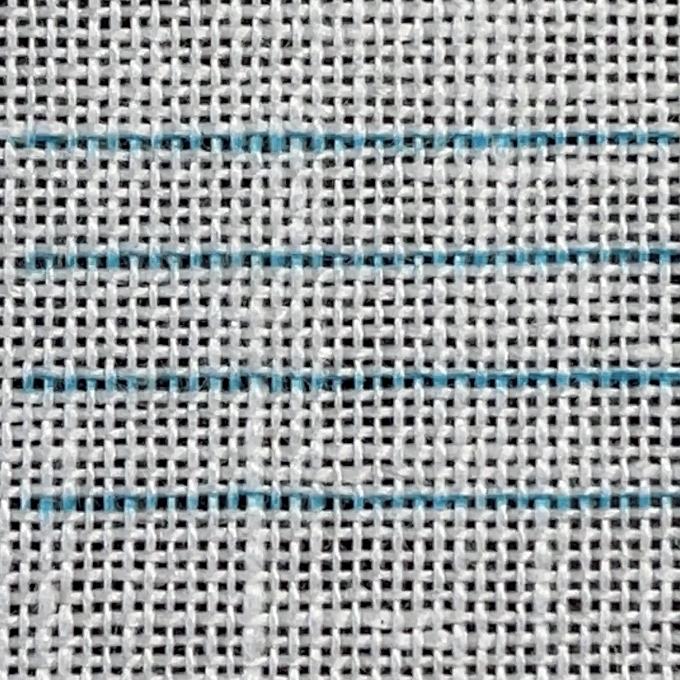 Draw four lines to divide the area to be filled into three equal columns. 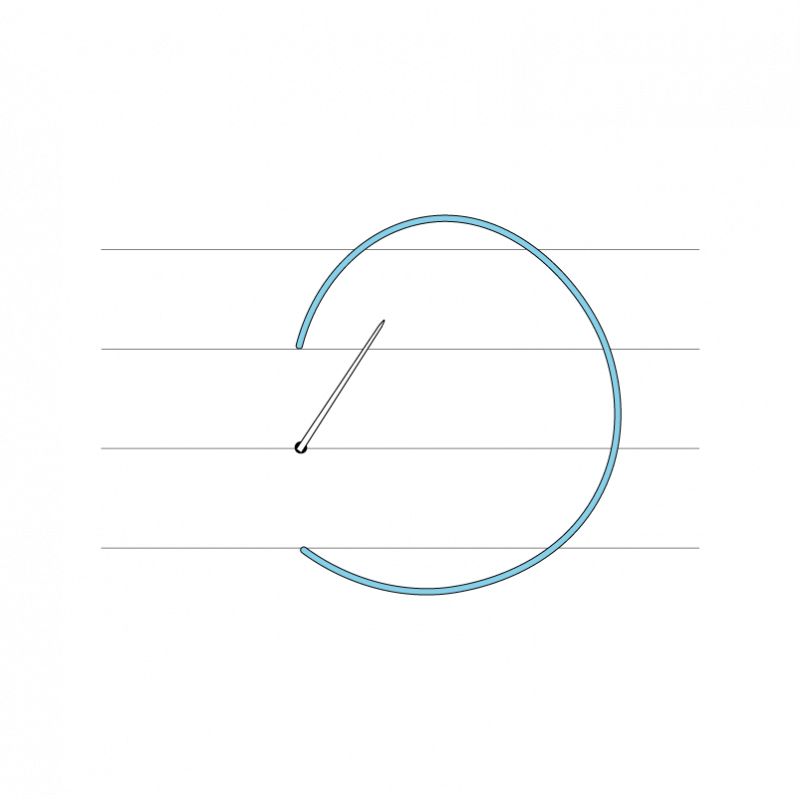 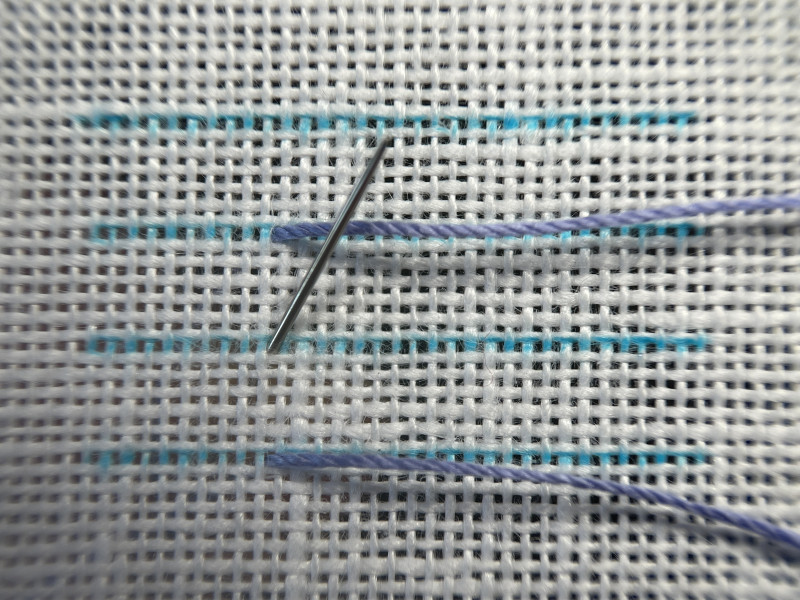 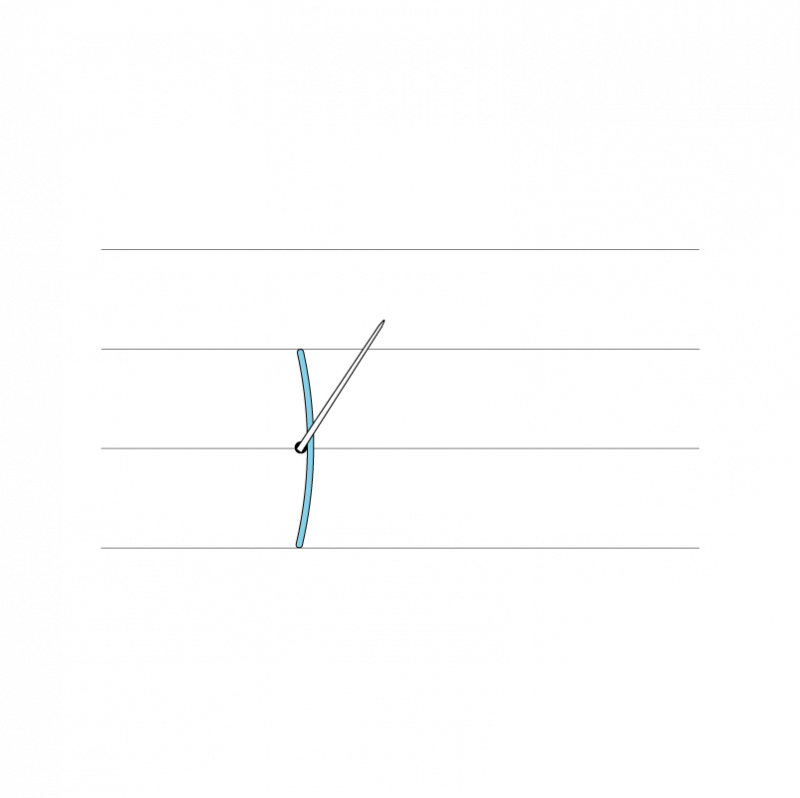 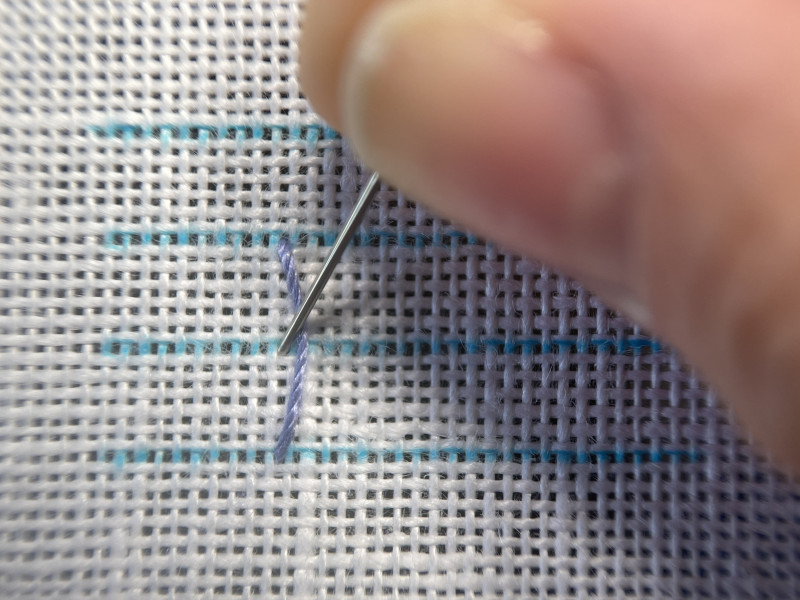 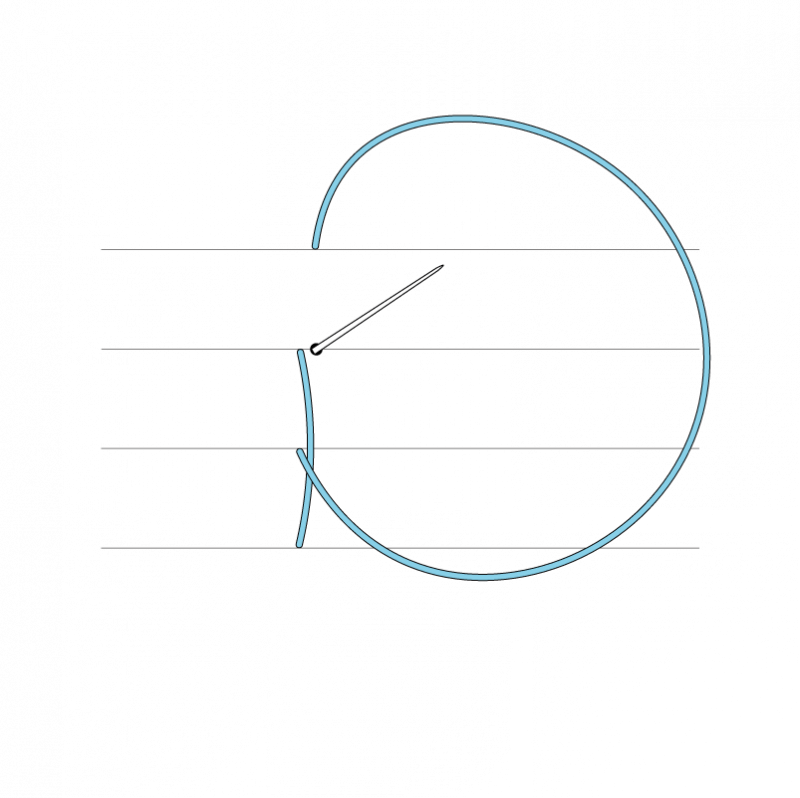 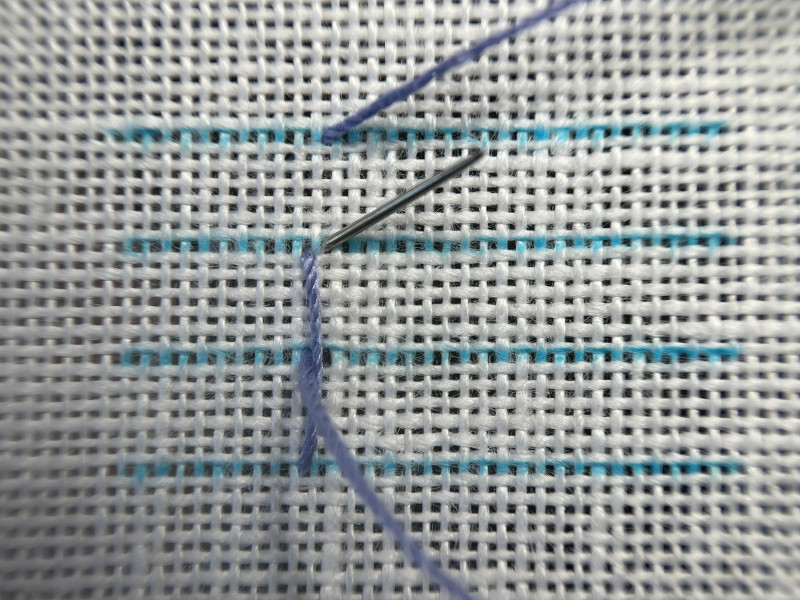 Take the needle down on the opposite outer line (fractionally below the previous stitch) and back up again in the centre of that stitch. 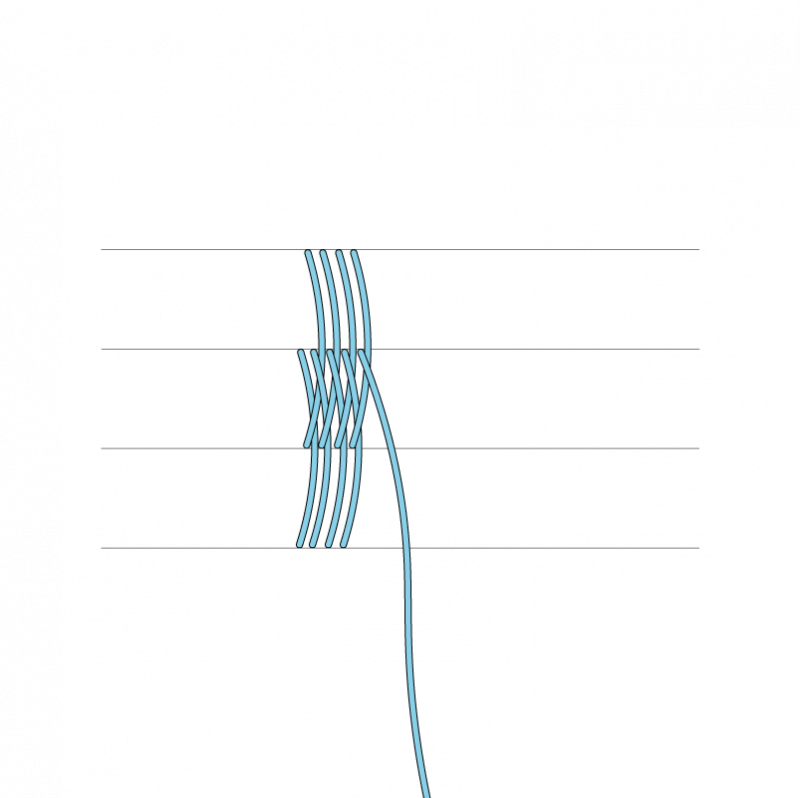 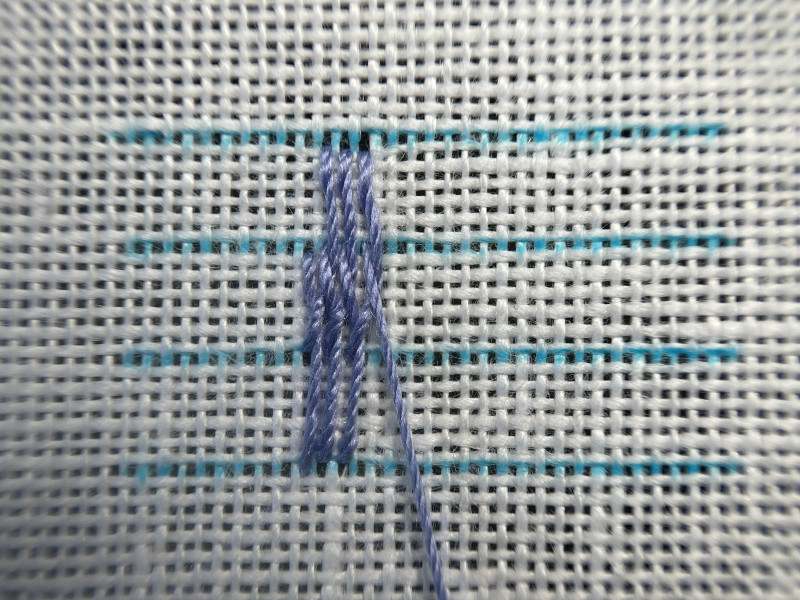 Continue working from side to side keeping the stitches close so as not to reveal too much background fabric. 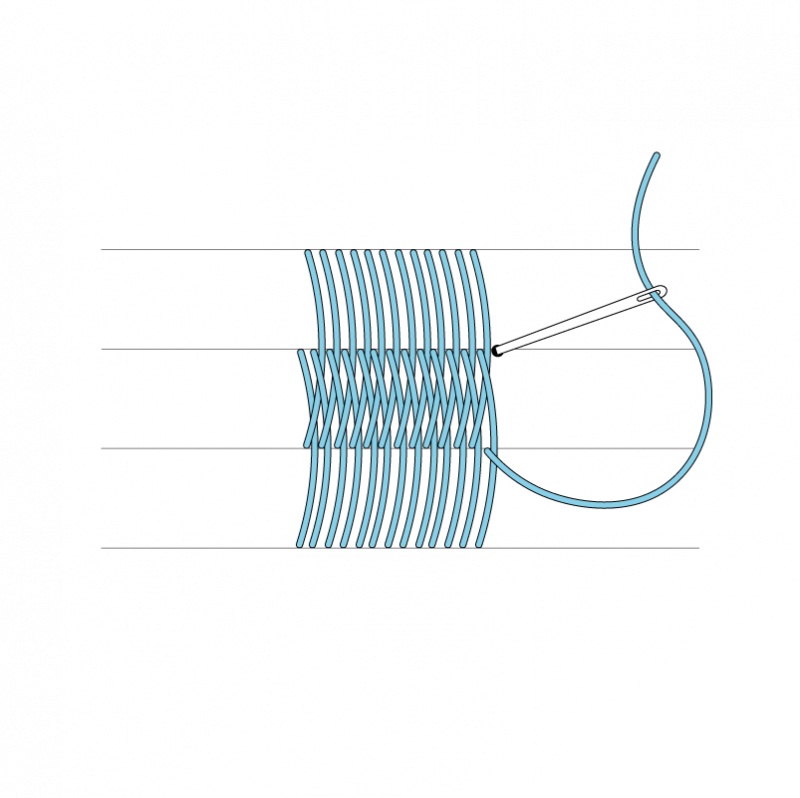 Secure the last stitch by couching over it at an angle and taking the needle down into the other central stitch.