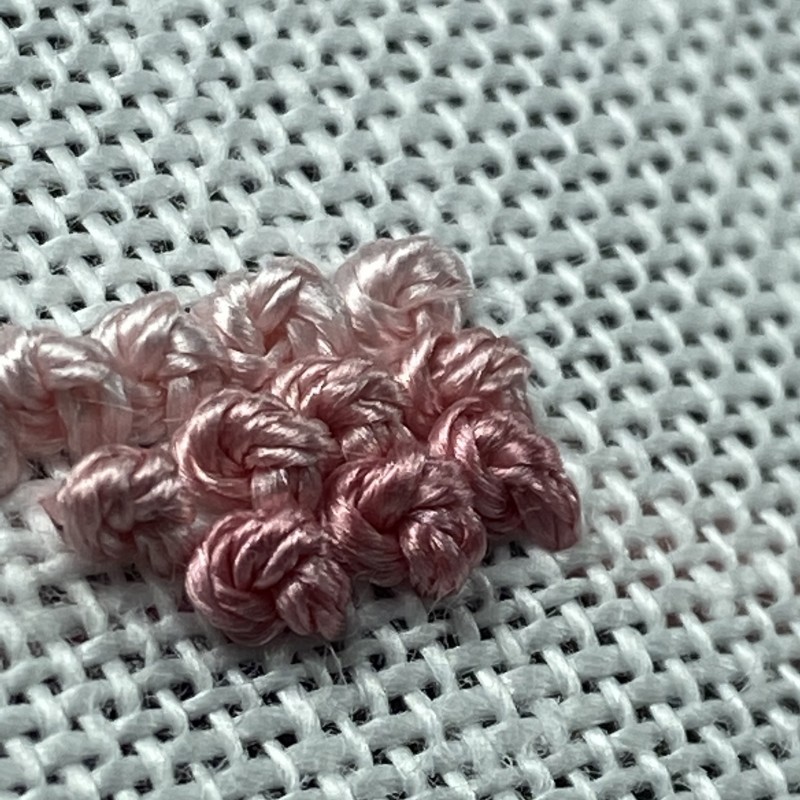 A raised knot traditionally used in Chinese embroidery with silk thread on silk fabric. The knot can be pulled tight into a small ball, or left with a small loop.

The earliest evidence of Chinese knots has been found on Chinese grave artefacts from approximately the 1st century AD.  They continued to be used, albeit sparingly, during the Ming and Chi’en-lung periods to emphasise details and create texture on ‘festival squares’ which adorned ceremonial garments.  Their use increased during the 19th century when they started to be used to cover large areas, using variation in tone and colour to render the design.

The various names the knot is known by have no proven origin: ‘Peking’ knot is believed to have no geographical significance; ‘Forbidden stitch’ (and presumably ‘Blind knot’) were reputed to have arisen as the knots were so tiny they were officially outlawed in case they strained the embroiderer’s eyes, but there is no evidence for this. 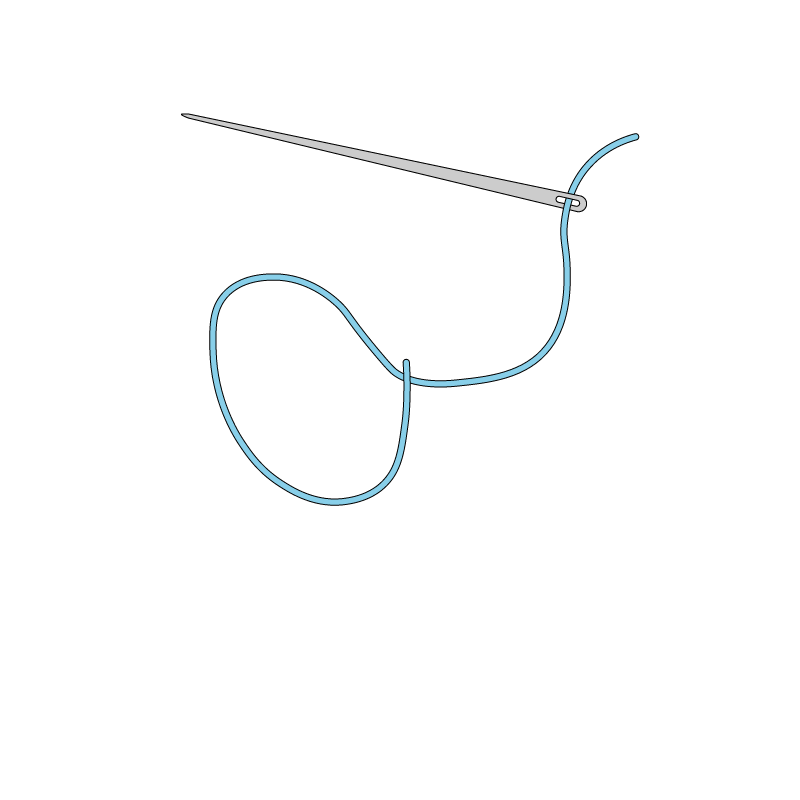 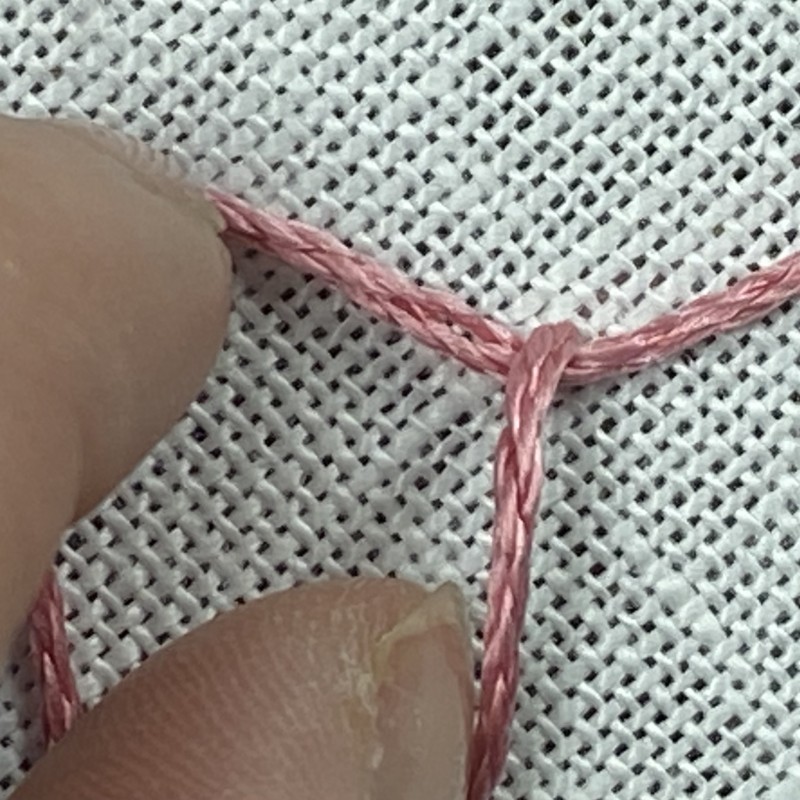 Bring the needle up and twist the thread to make a loop. Use your thumb and index finger to keep the loop open.  Make sure that the working thread is behind the emerging thread. 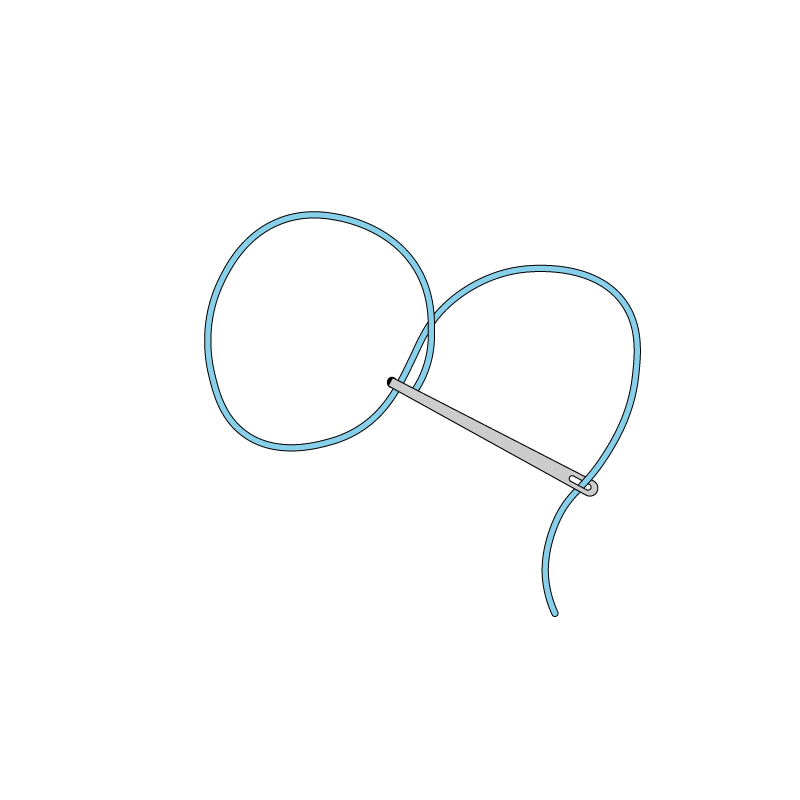 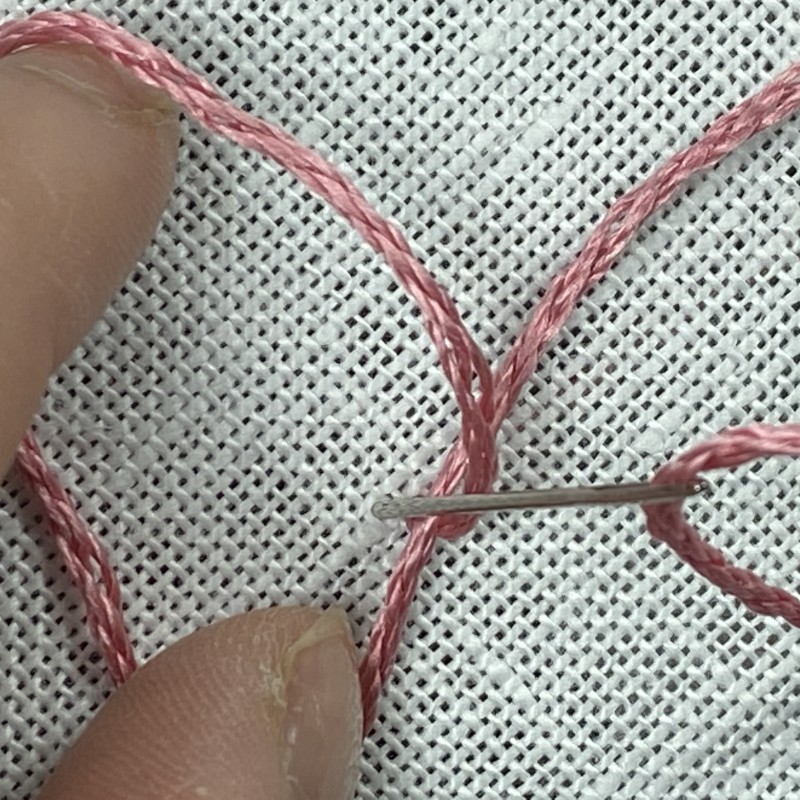 Plunge the needle inside the loop close to where you emerged. Do not take the needle down all the way through.

If you want to have a leg with a knot (similar to a Pistil stitch), you can take the needle down a bit further away. 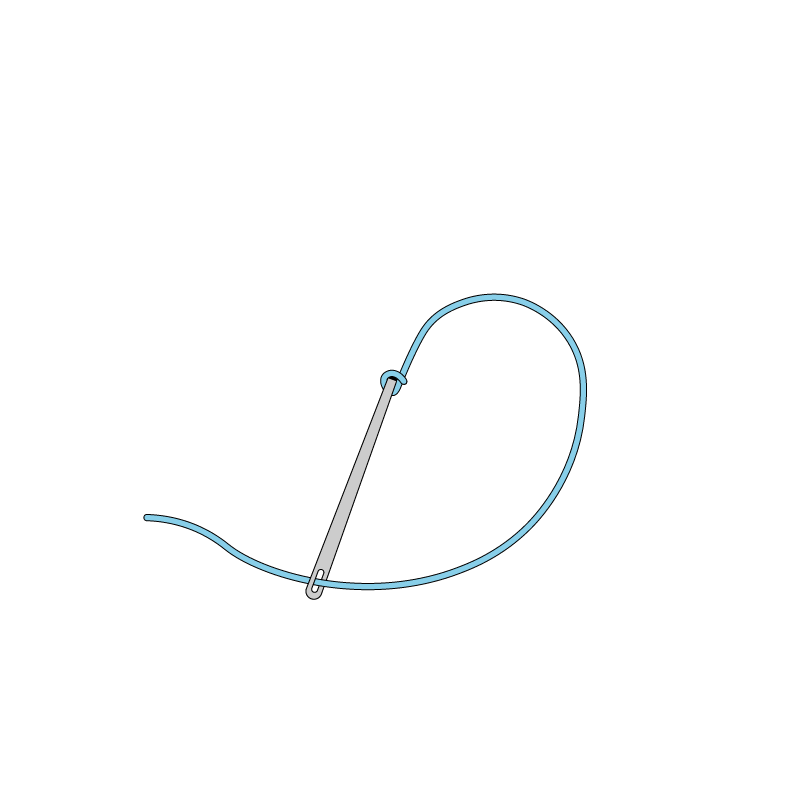 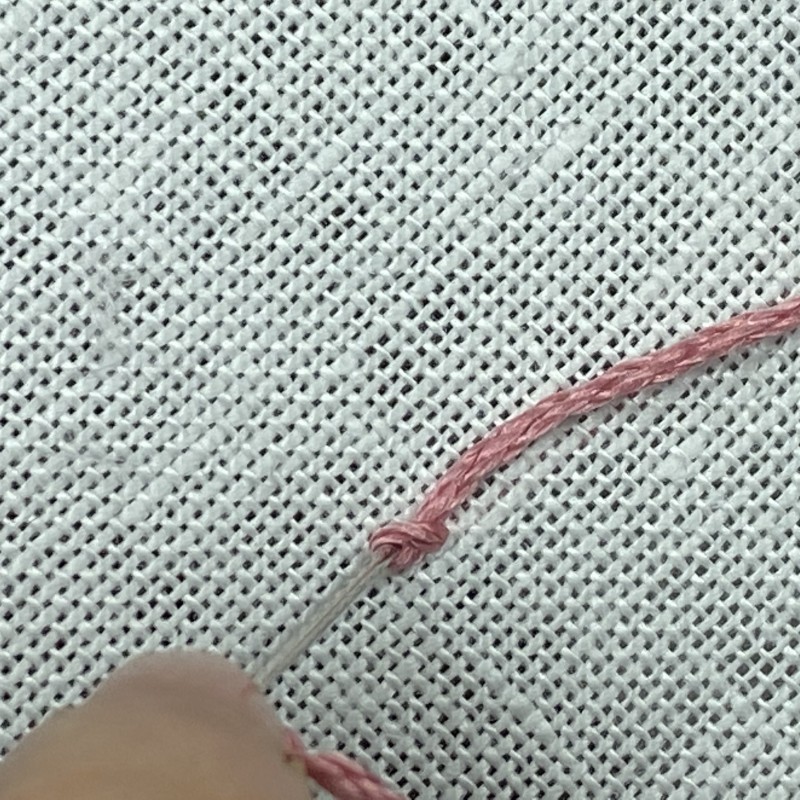 Keep holding the needle and pull the working thread so that the loop gets tighter around the needle. 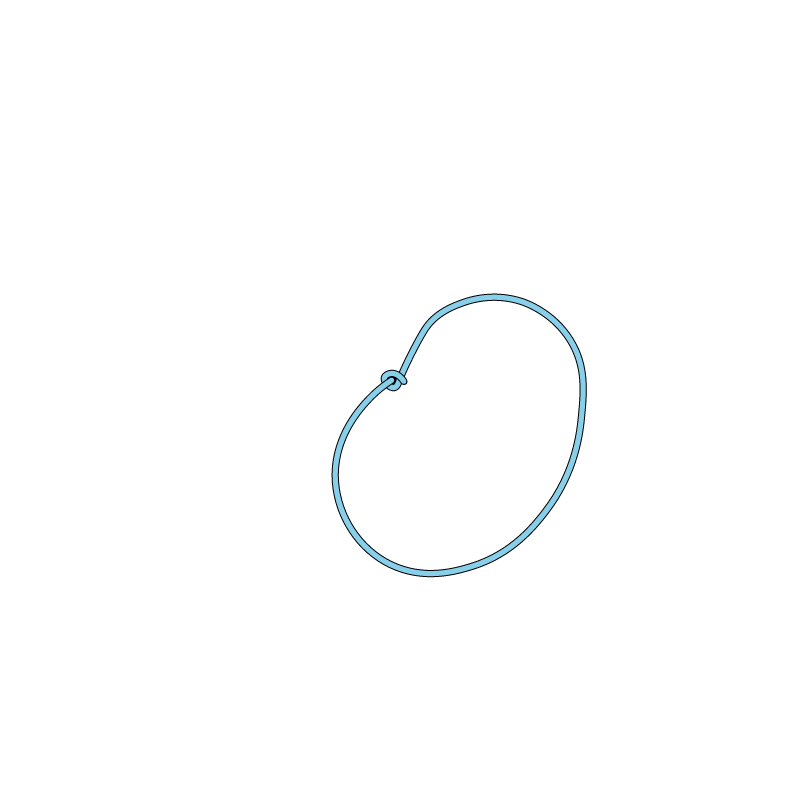 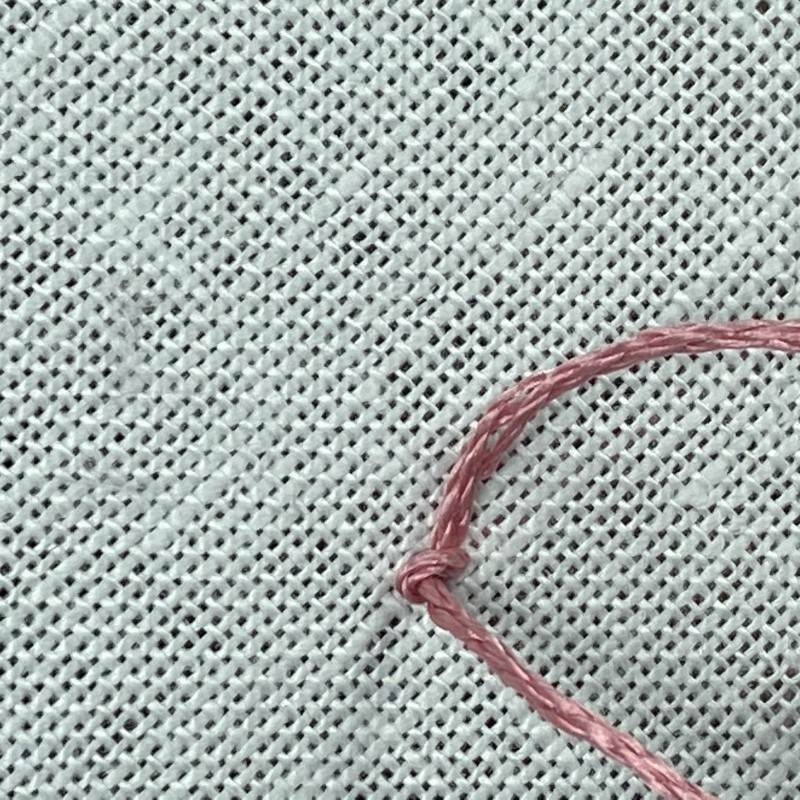 Now you can take the needle down. 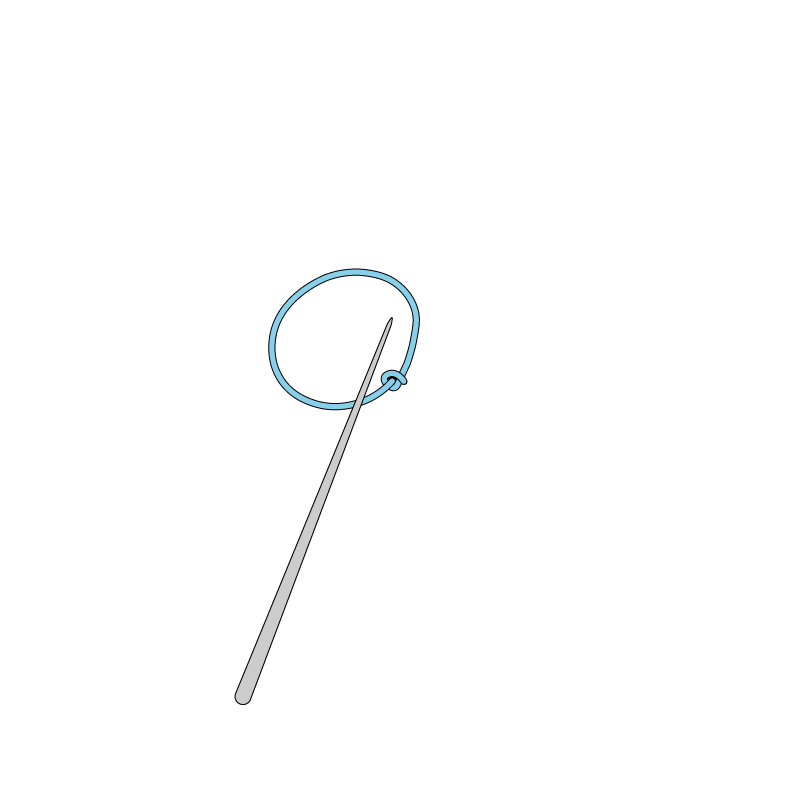 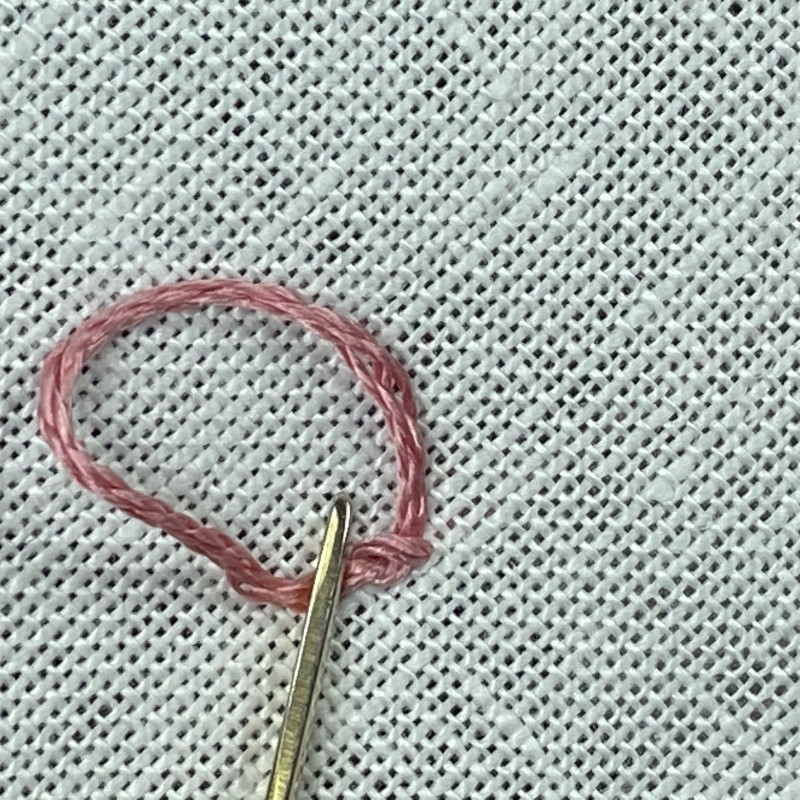 Pull the working thread slowly. Use a mellor/laying tool to keep the loop flat. 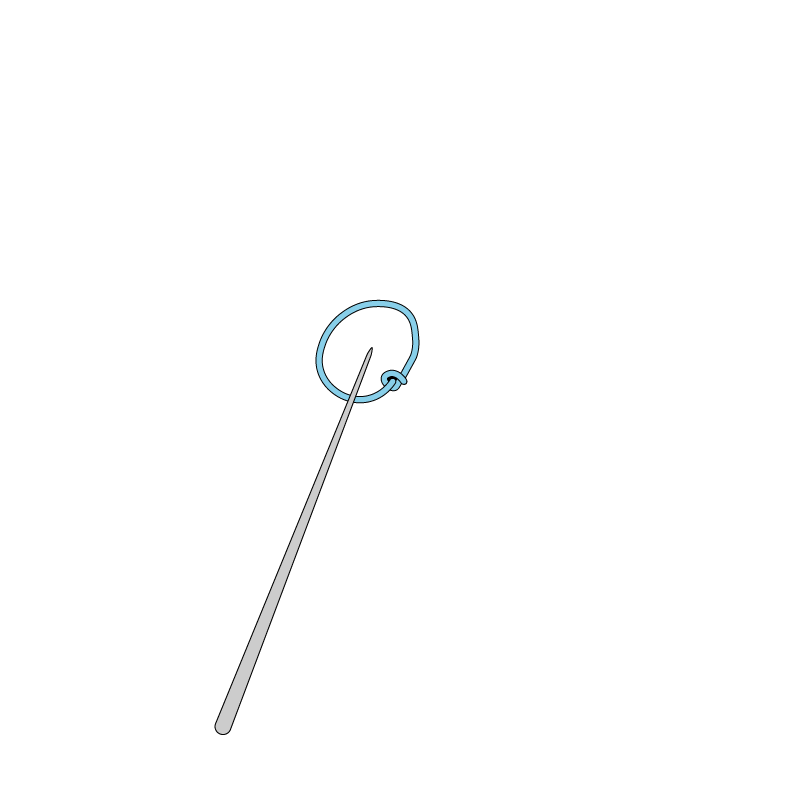 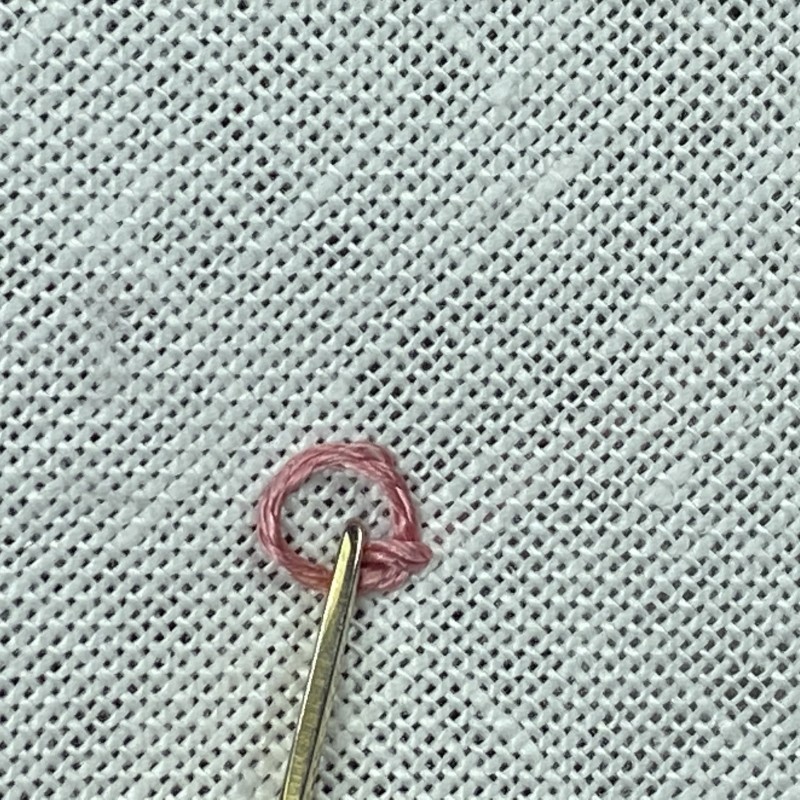 Gently pull the working thread to make a knot. If you want a knot with a small loop, hold the loop with a mellor/laying tool and don’t pull all of the thread through. 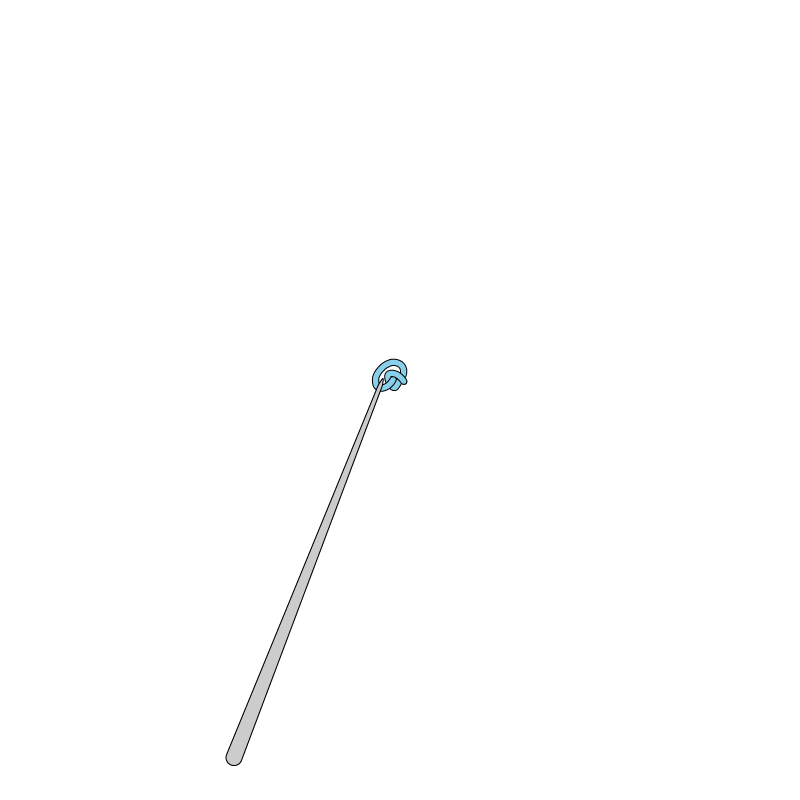 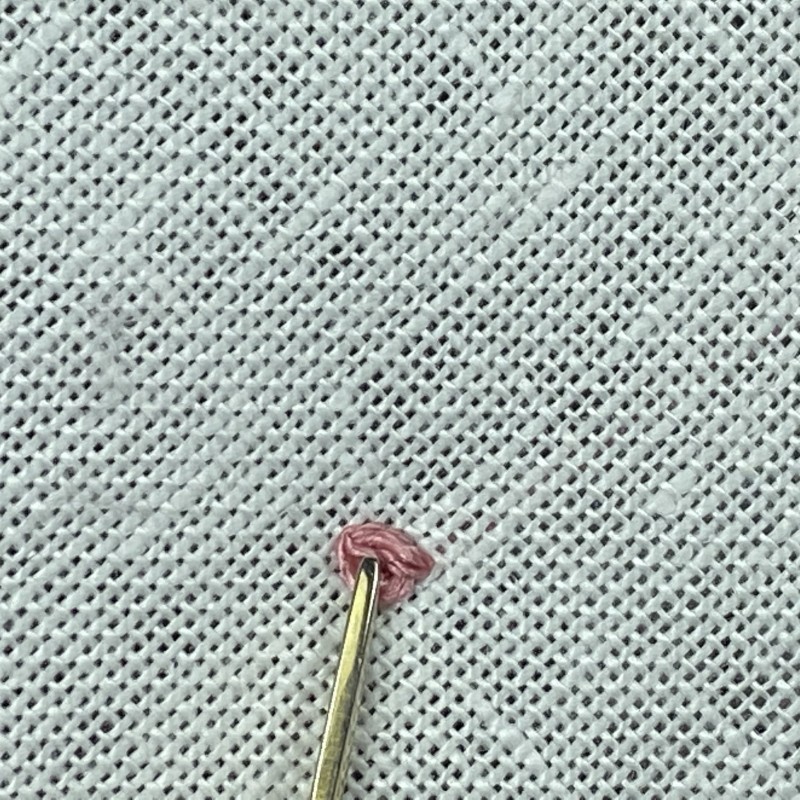 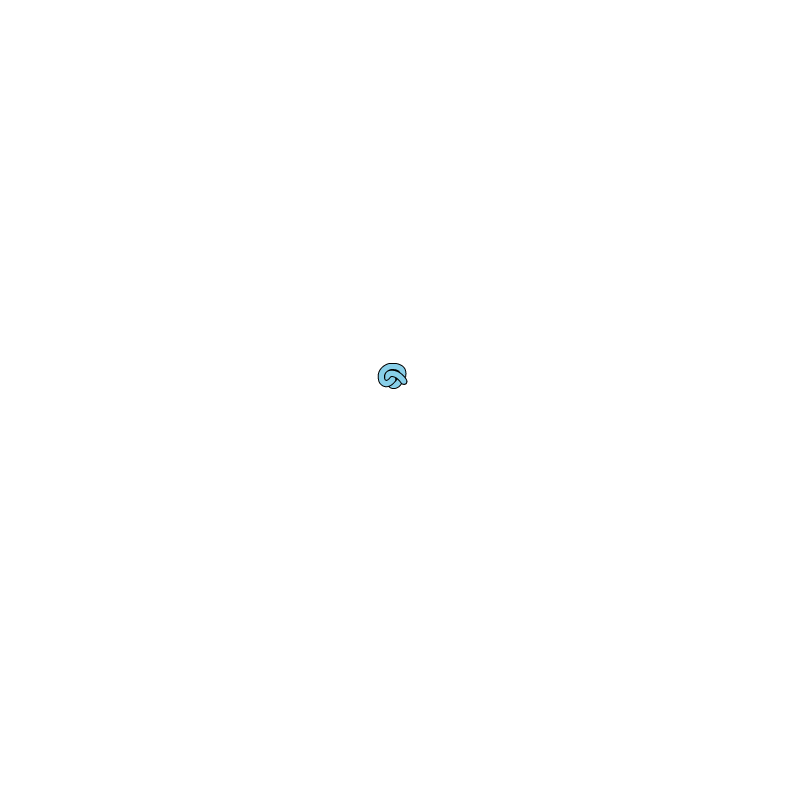 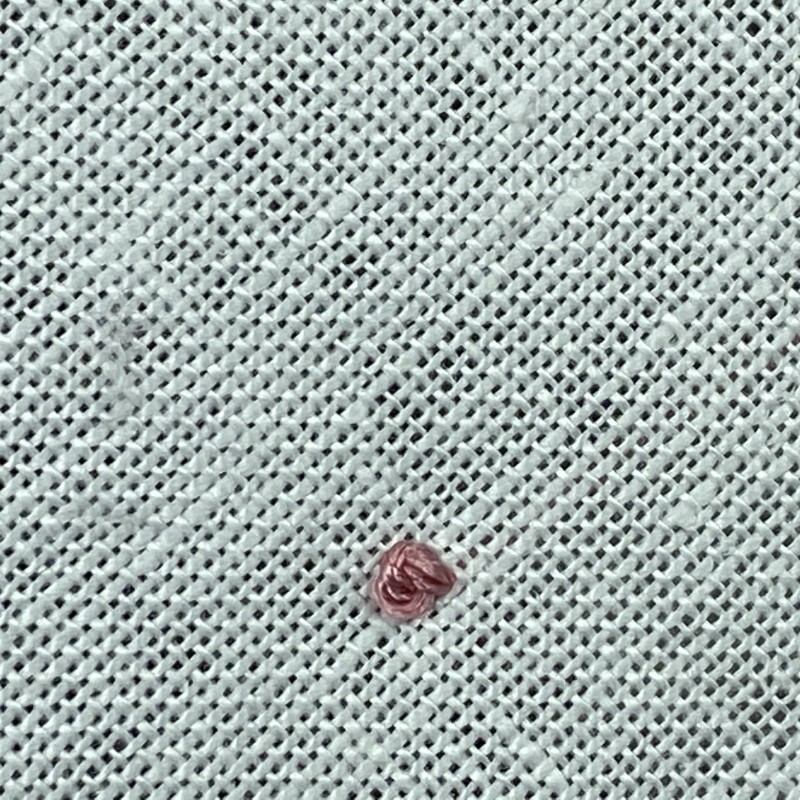