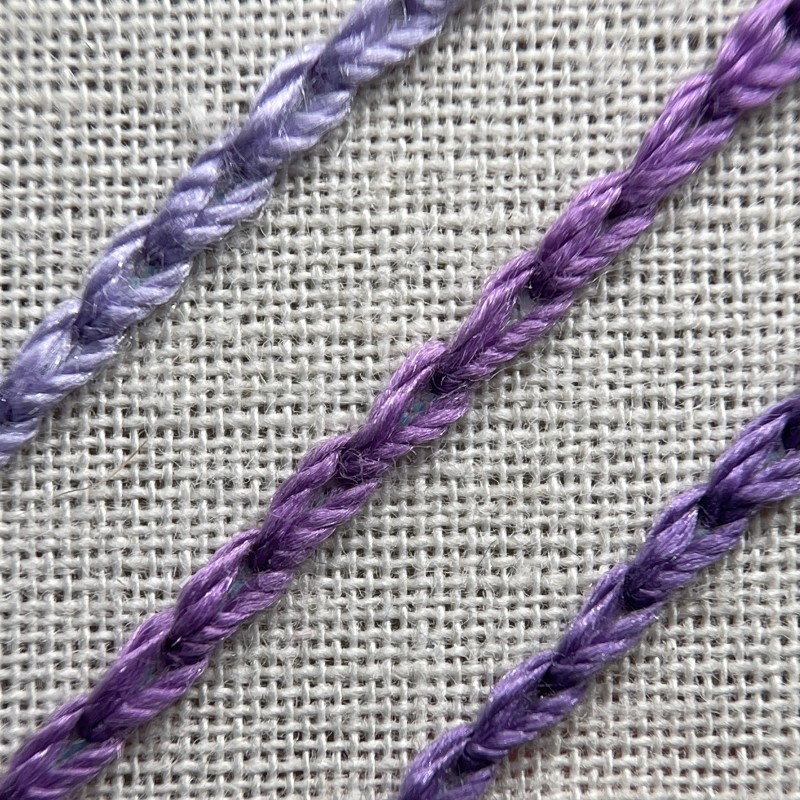 Chain stitch consists of a series of interlocking loops, each held in place by the next.

Chain stitch is one the oldest and most widely known stitches in existence. Examples have been found in Egypt on textiles from Tutankhamun’s tomb, dated to the 14th century BC; on embroideries found in Pazyryk tombs dating from 4th-3rd century BC (excavated in southern Siberia but probably originating in China).  Later evidence from China indicates the stitch was the most prevalent stitch there until the T’ang dynasty towards the end of the first millennium AD.

Archaeological finds in Berenike, Egypt and Mammen, Denmark, (dating from the 4th and 10th centuries respectively) show that it continued to be used.  By the medieval period, chain stitch was being used in Opus teutonicum whitework (centred in Germany, Switzerland and southern Scandinavia), it was one among a variety of stitches in Icelandic embroidery and featured on the 13th century Syon Cope.

Jacobean crewel work (which dates from 17th century Britain) employed chain stitch from the 17th century onwards, both as an outline and a filling stitch.  By the early 18th century chain stitch was one of the typical stitches in American Candlewick embroidery. 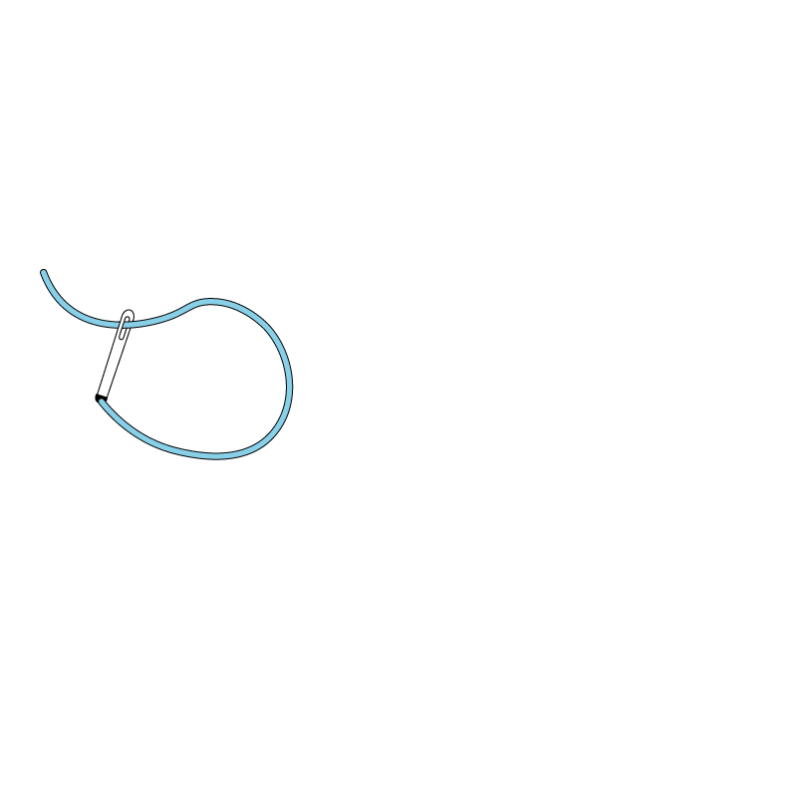 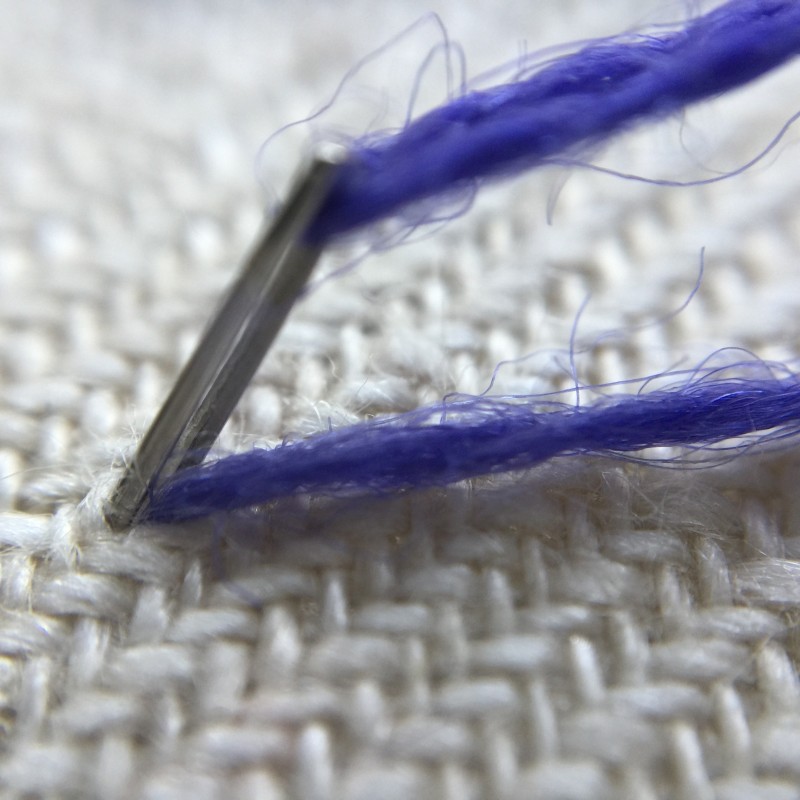 Bring your needle up and down in the same hole, leaving a large loop on the surface of the fabric. 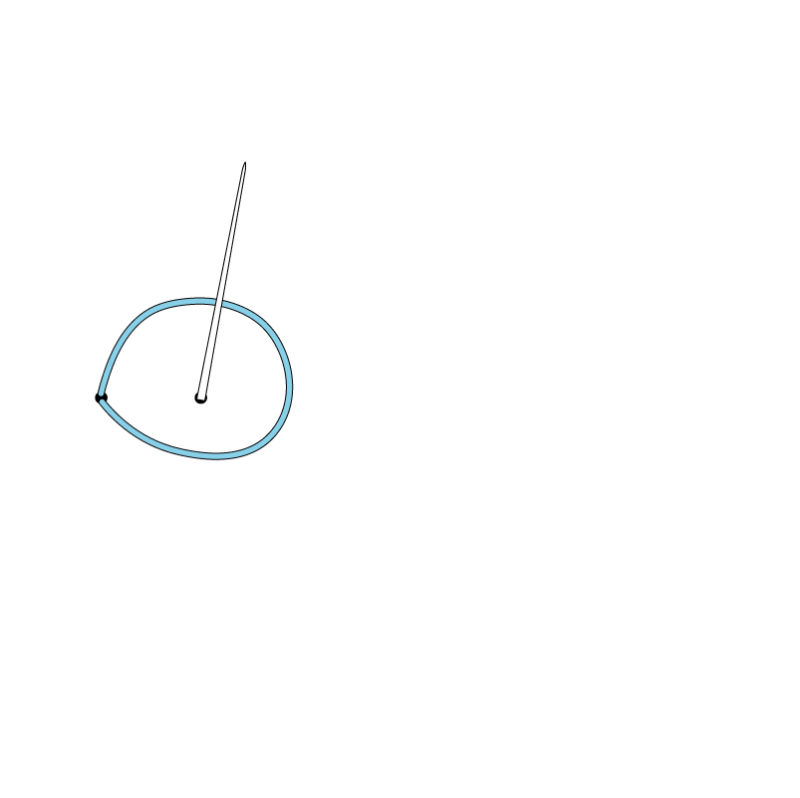 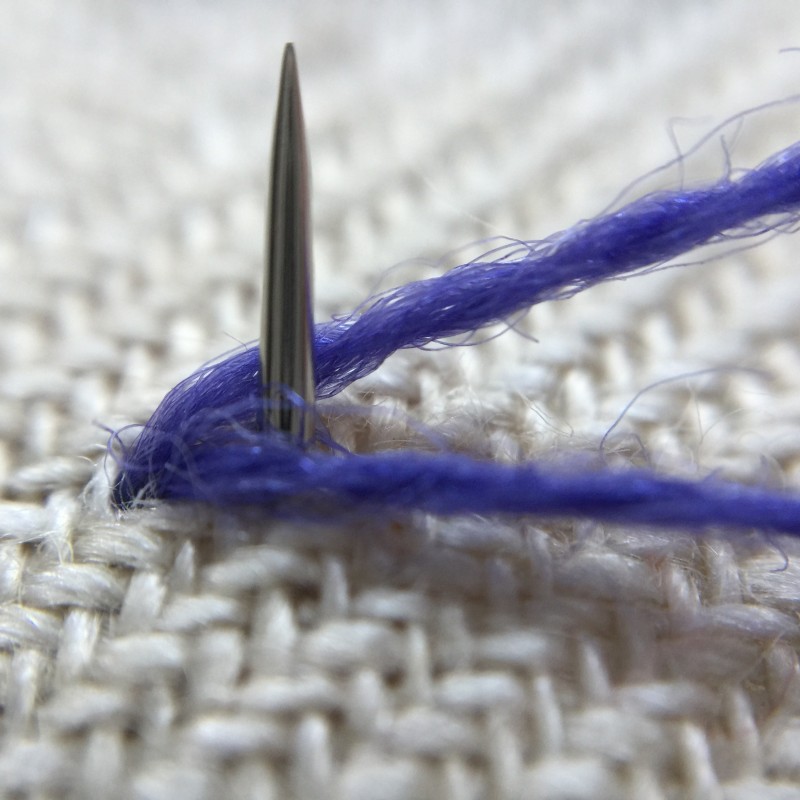 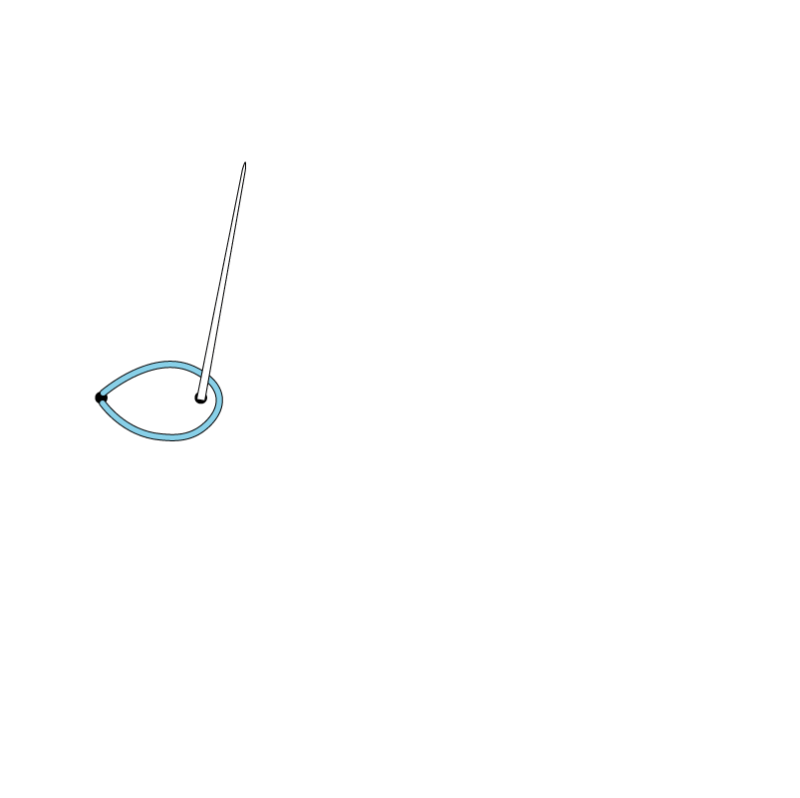 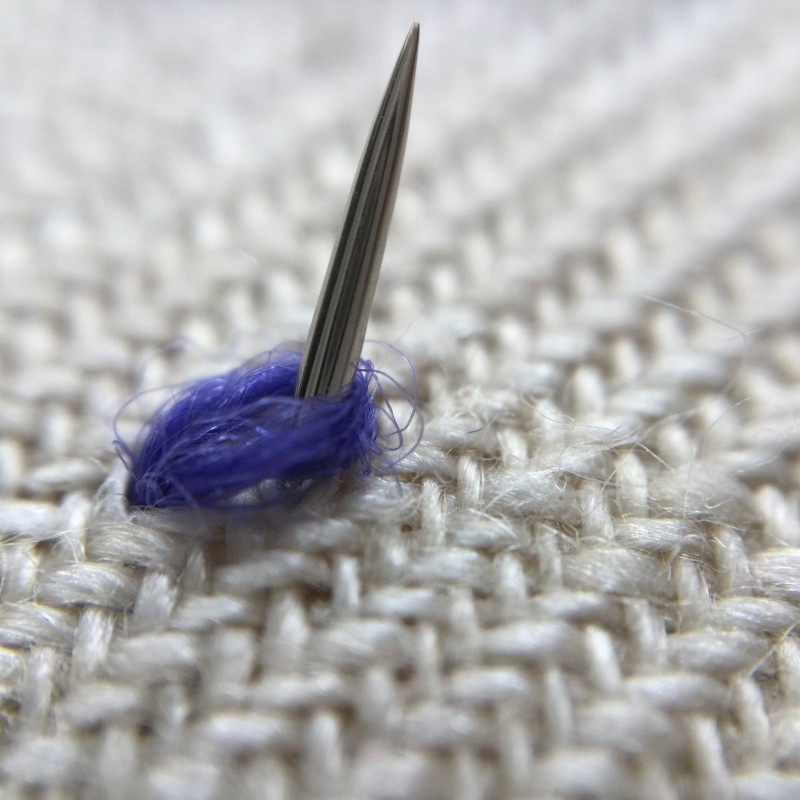 Hold the needle in the fabric with your surface hand while you use your underside hand to pull through the slack of the loop by tightening against the needle. 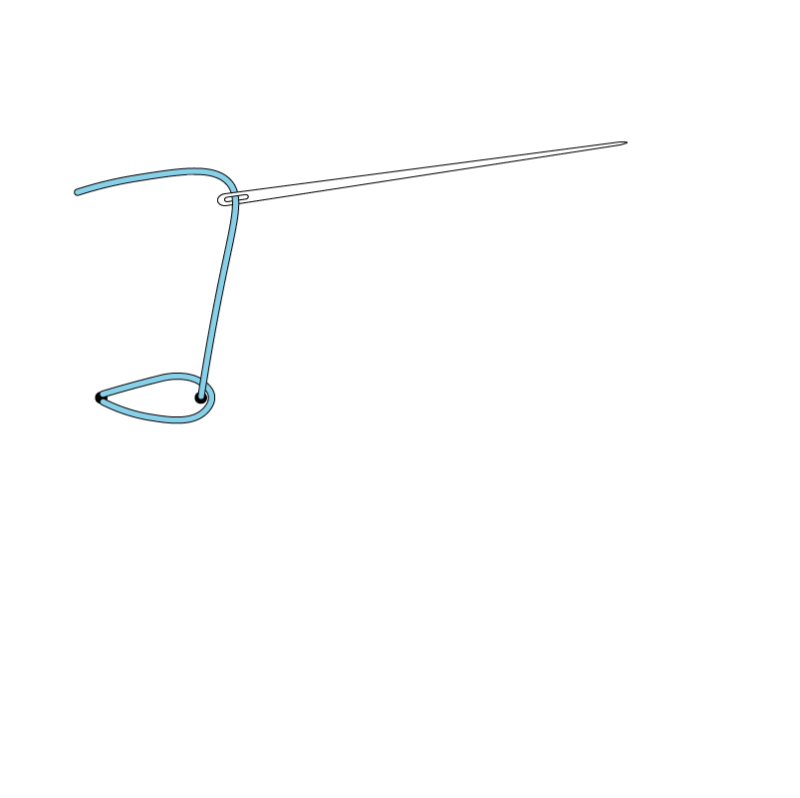 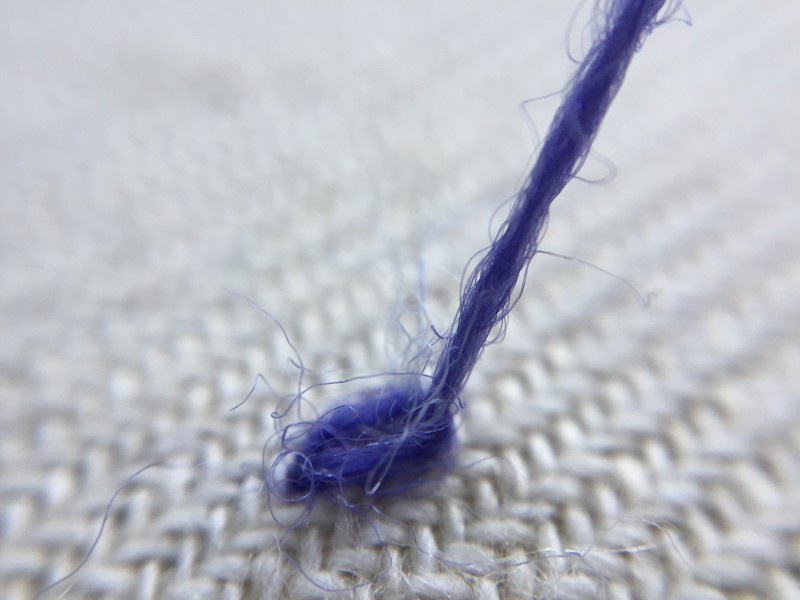 Bring the needle and thread all the way through to the surface. 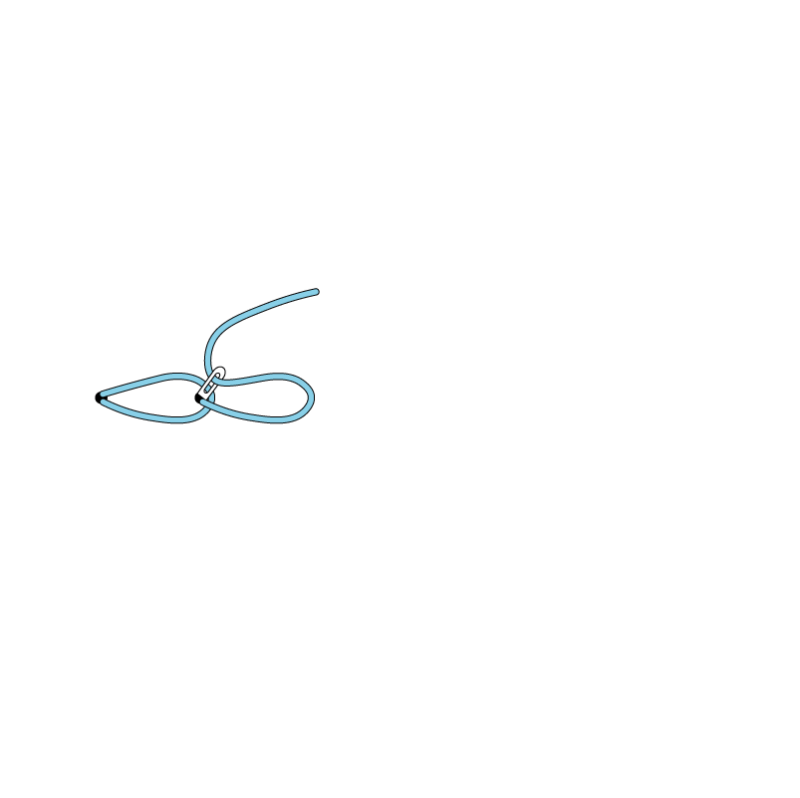 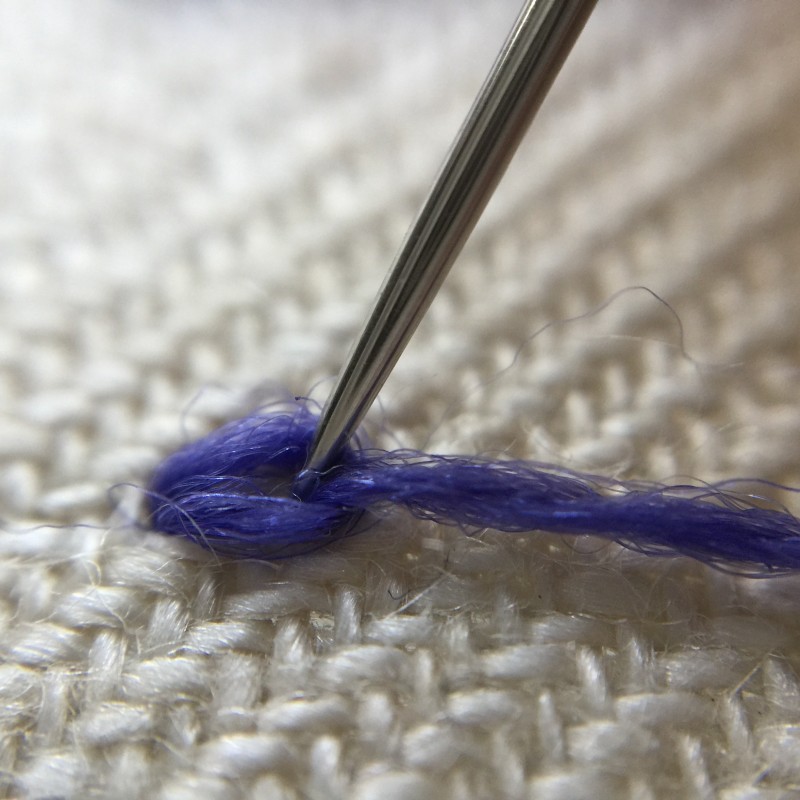 Form the second chain by taking the needle back through the same hole. 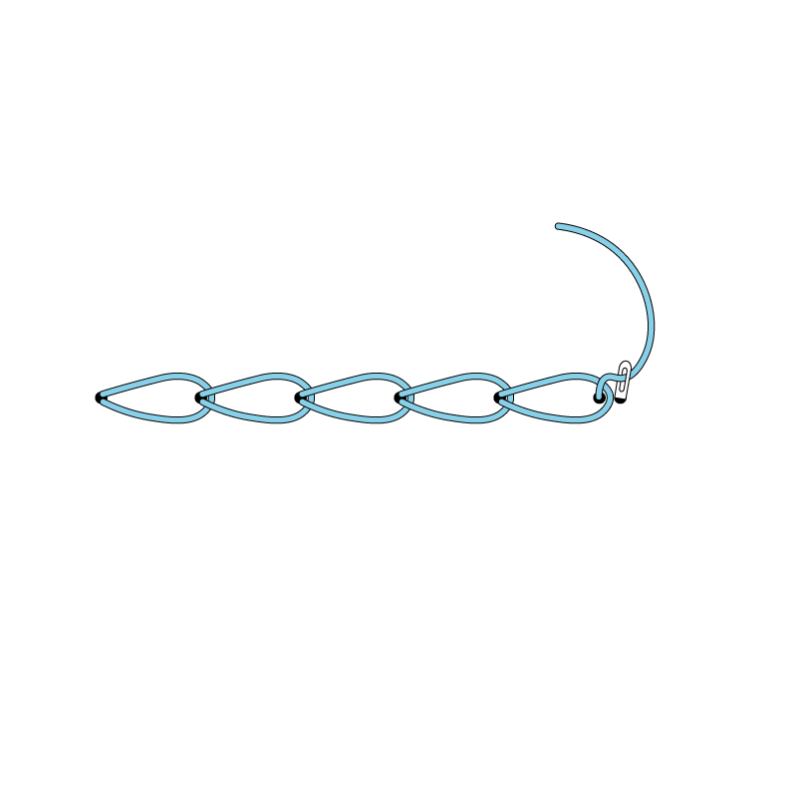 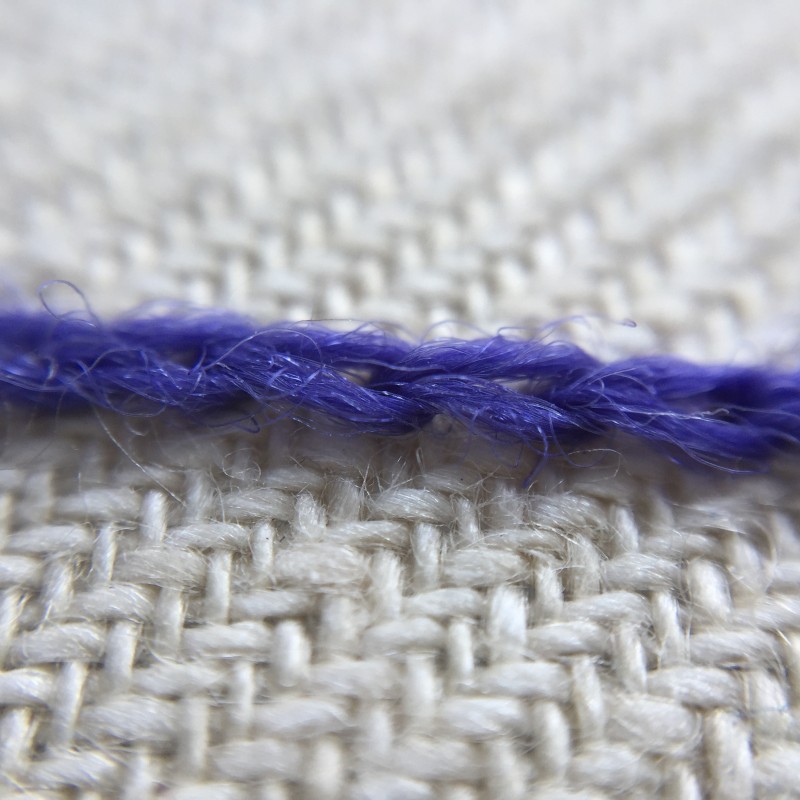 Continue along the design line to the end, then secure the last loop with a holding stitch.

Chain Stitch consists of a series of interlocking loops, each held in place by the next.

​Consecutive loops in a row, each held in place by the proceeding loop. Can be decorated with backstitch through each loop, or whipped around each loop.