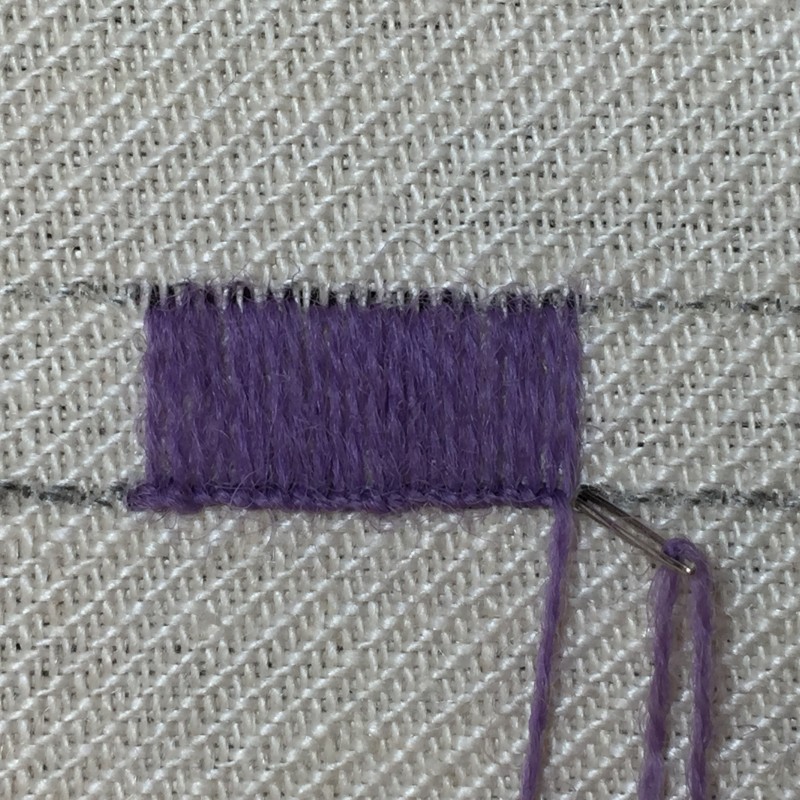 ​As the name suggests, this stitch was originally used to reinforce the slots cut for buttons. It produces a neat outline of its own and can be worked with vertical threads or angled to fit a space. You can work the stitches more closely together for a dense appearance or slightly spread out for a less dense appearance.  It is very similar to blanket stitch - the only distinction is the spacing between the stitches.

Buttonhole stitch has been in use since at least the 16th century: in Italian cutwork, in English Jacobean embroidery and in German/Swiss ecclesiastical embroidery.  By the 19th century it was a notable feature of Broderie Anglaise in the UK and Rococo embroidery in northern Europe.

Further west, it is used in Schwalm embroidery, Germany; on traditional aska takwas shirts in Nigeria and on traditional Huipiles (tunics) in Mexico; finally it is a particular feature of Wallachian whitework from the USA (distinct from the original Romanian Wallachian embroidery). 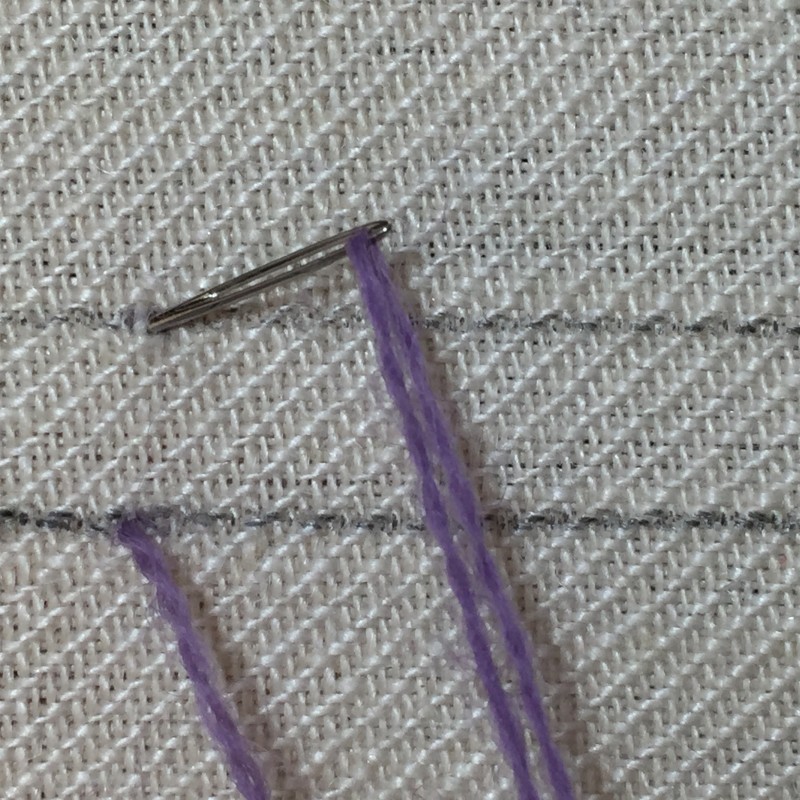 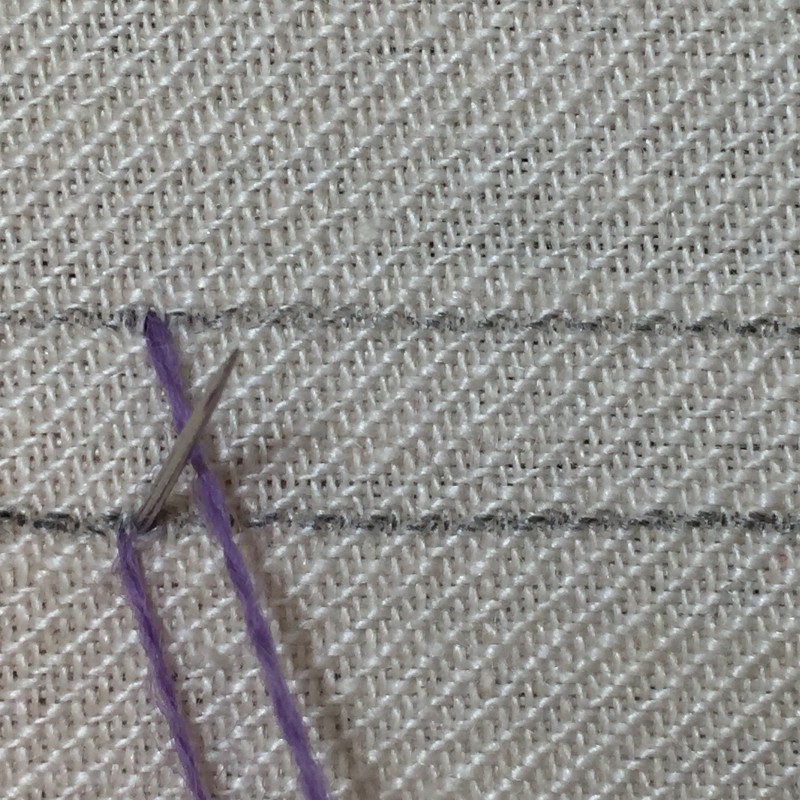 Assuming you are working left to right, hold the surface thread in a loop to the right, then bring the needle up on the outside edge, ensuring the needle is inside the loop. 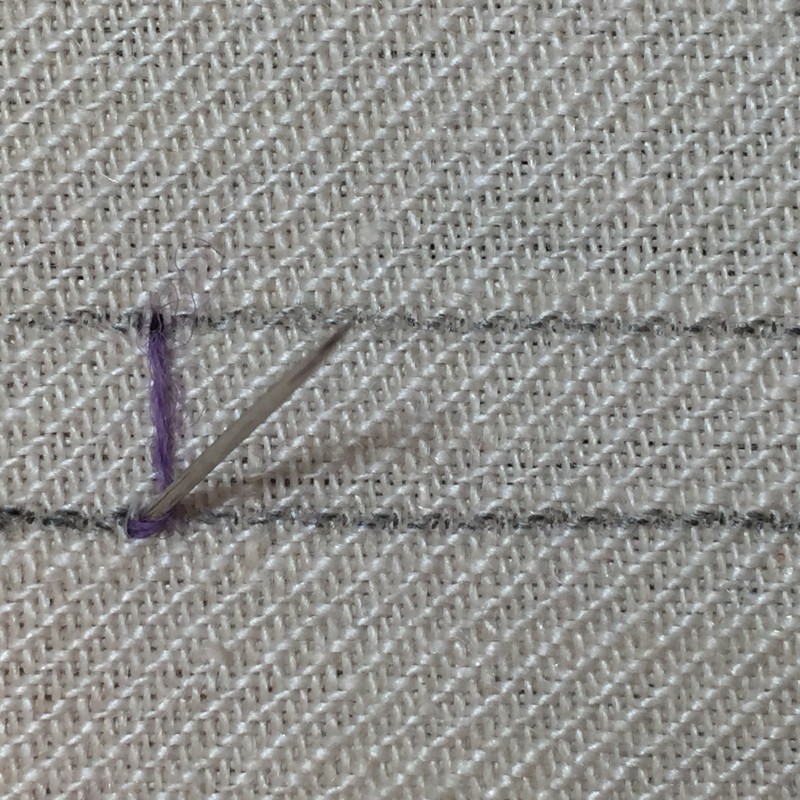 Hold the needle in the fabric securely with your surface hand while you pull the thread from the underside to tighten the slack on the loop. 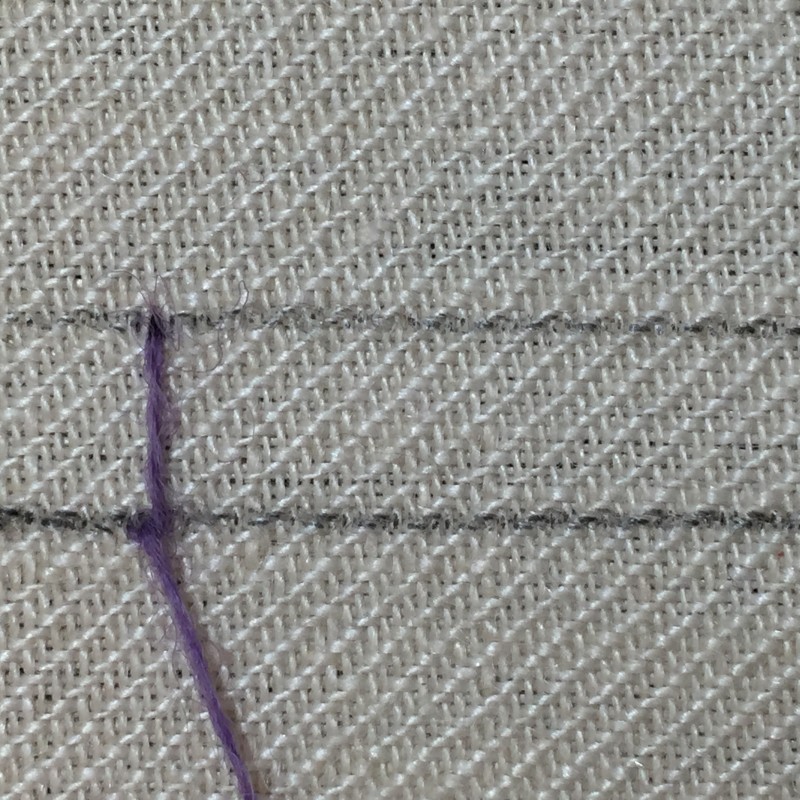 Pull the needle through and bring the thread up to the surface. 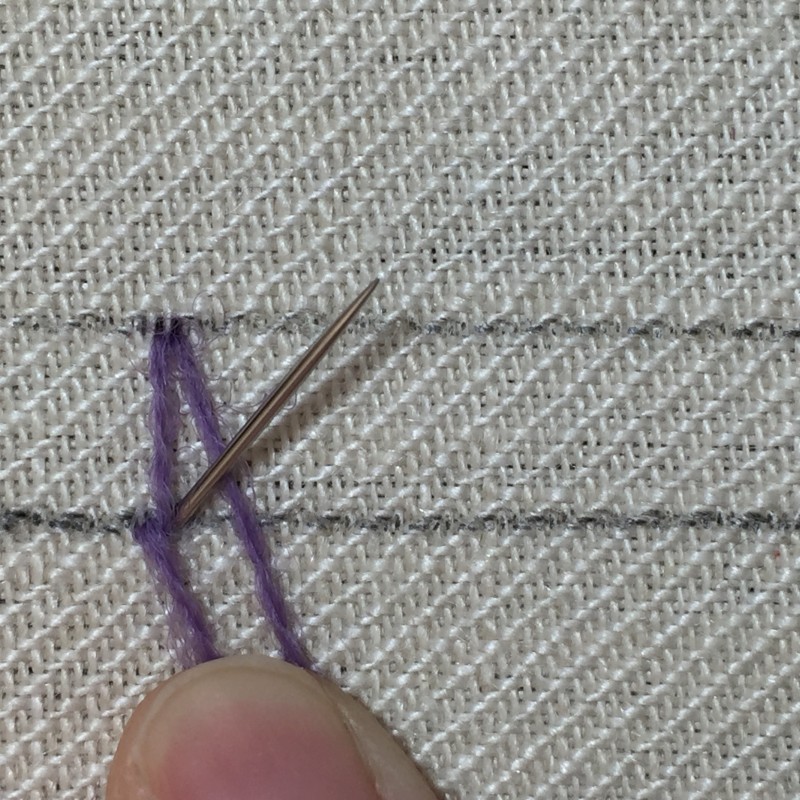 For the next stitch, take the needle down through the fabric on the inside edge of the shape, slightly to the right of the first stitch. Again, leave a loop to the right and bring the needle up on the outside edge within the loop. 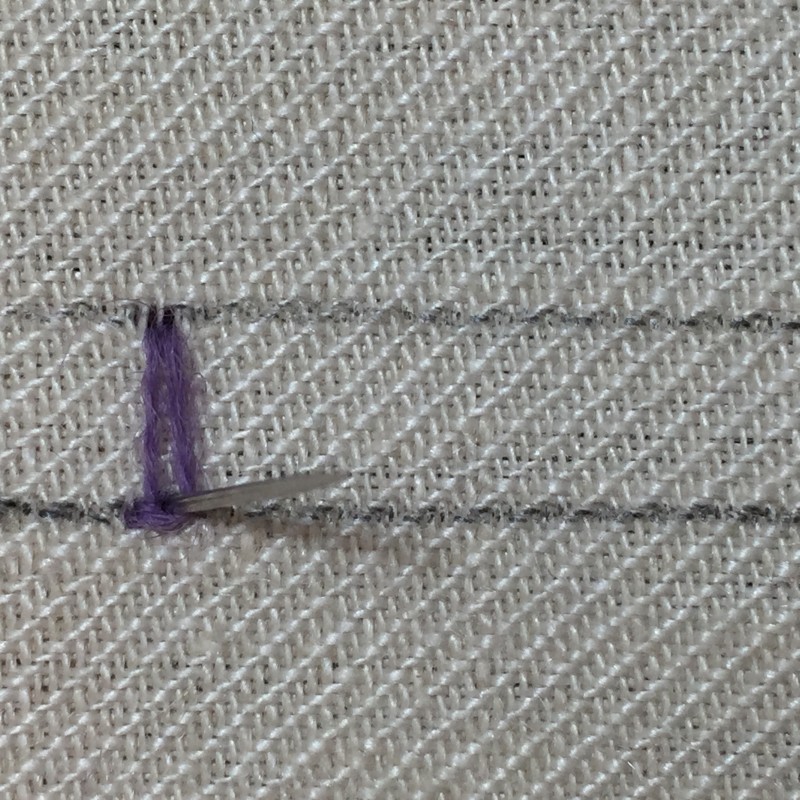 Tighten the slack while holding the needle in the fabric, then pull the needle through and bring the thread to the surface. Repeat these stitches until the shape is filled.

The final stitch needs a holding stitch on the outside edge to secure the last loop.