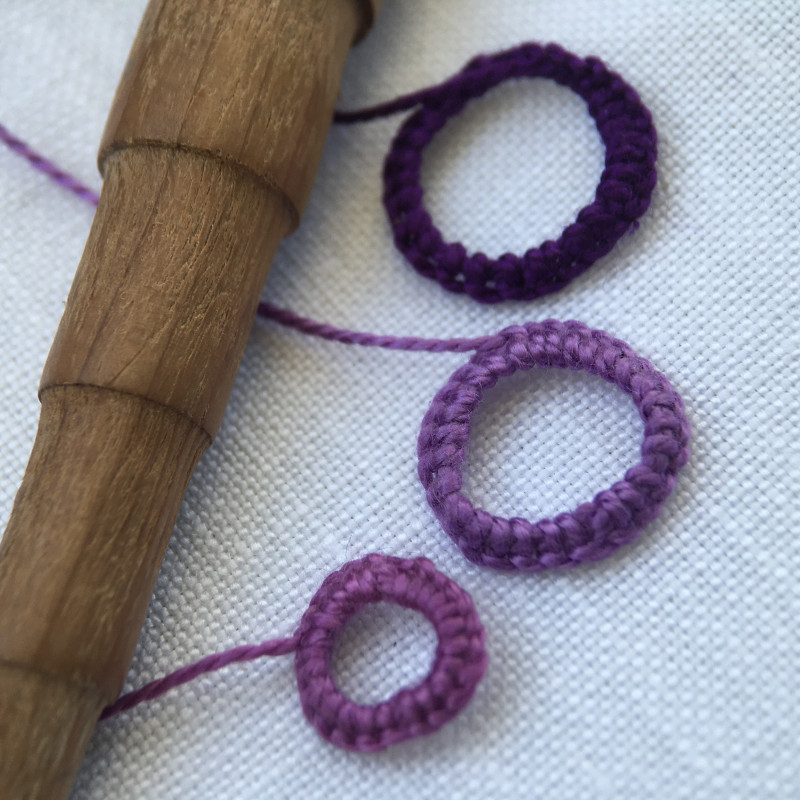 ​Buttonhole couronnes are small circles of buttonhole stitch which are detached from the fabric.  They are worked around various sized knitting needles or wooden dowelling to produce different sized rings which are then applied to the fabric or lace.

They have similarities with buttonhole wheels, but the central hole is normally much larger and the ring is more raised.

Buttonhole couronnes are a traditional feature of Hedebo embroidery from Denmark, hence their alternative name of Hedebo rings (hedeboringe in Danish).  Hedebo embroidery is a whitework tradition from Zealand in Denmark, it rose in popularity towards the end of the 18th century when peasant reforms are credited with giving more free time for women to embroider.

Any type of thread can be used for this stitch.

In this sample, the thread is wrapped 3-4 times around the stick, but you can decide how many wraps you need for your project.

After removing the burronhole couronne from the stick, you can use the tail thread in order to attach the couronne to another one or to the fabric later on.

Couronnes can be attached to your base fabric at either one point, or two to four points using a fine thread in a matching colour if required. Bring the needle up on the outside of the circle and take it back down through the centre of a stitch. 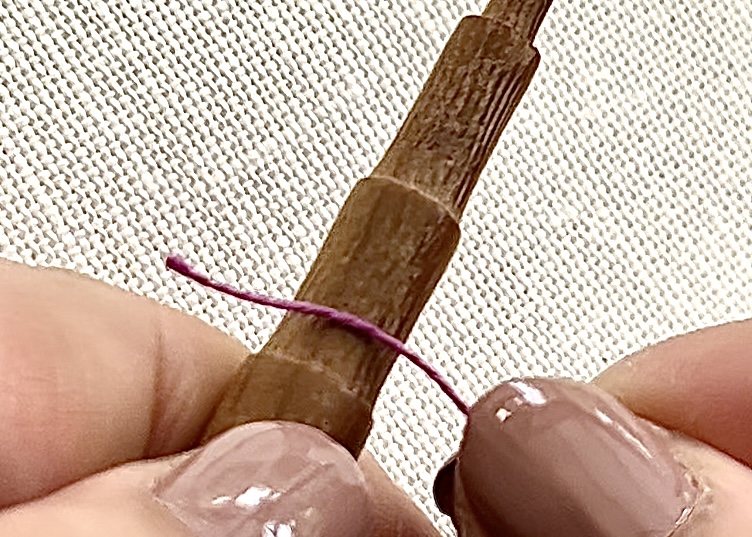 To make a buttonhole couronne, use a knitting needle or a hedebo stick if available.  Hold the threads firmly in place on the stick. 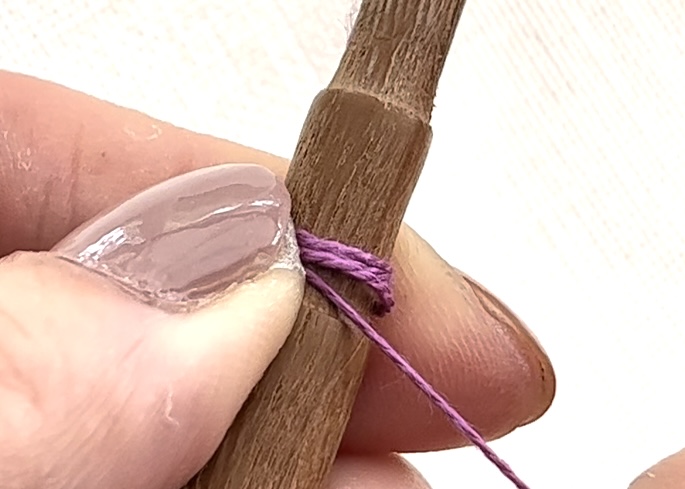 Wrap the thread around the stick. This will be the core of the couronne. 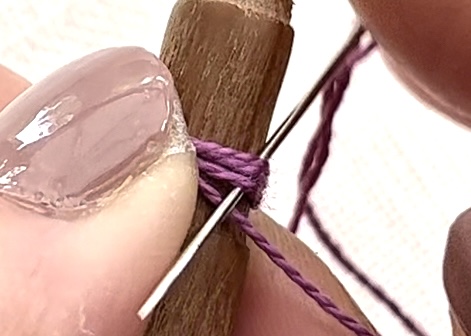 Take the needle down behind the wrapped thread and bring it through the loop to make the first buttonhole stitch. 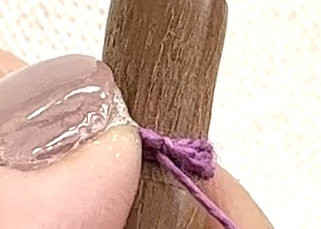 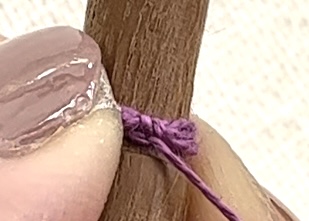 Make the second stitch just to the right of the first. 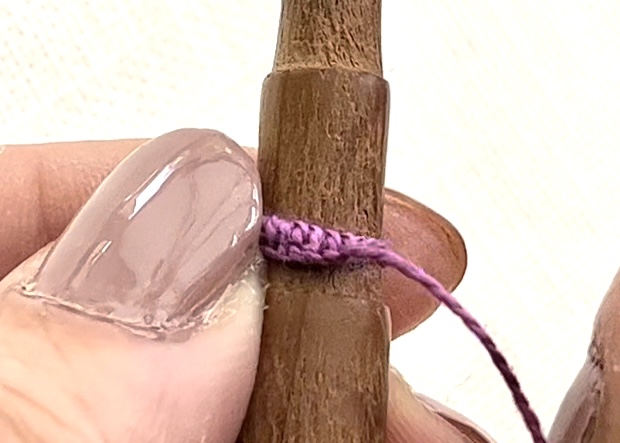 Continue around the stick, placing each buttonhole stitch firmly against the previous one to form a tight circle of stitches. 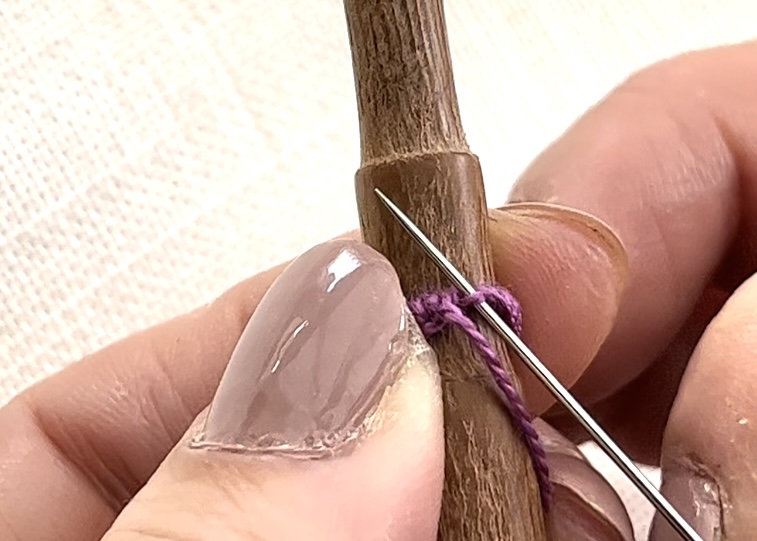 Complete the buttonhole couronne by taking the thread up through the first buttonhole stitch. Leave the tail thread for later use. 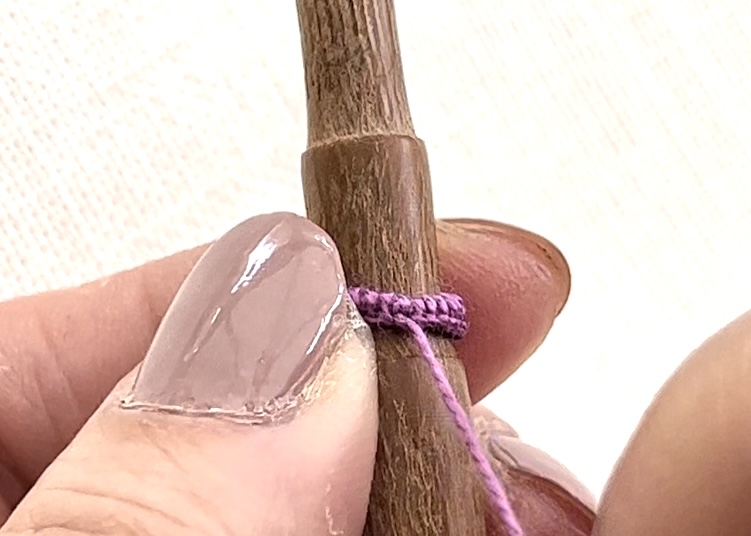 Remove the buttonhole couronne from the stick.

Buttonhole couronnes have similarities with buttonhole wheels but there are two main differences: firstly, couronnes are worked independently from the fabric and then applied and so will normally be slightly raised; secondly, the central hole is normally larger for a couronne than a buttonhole wheel. 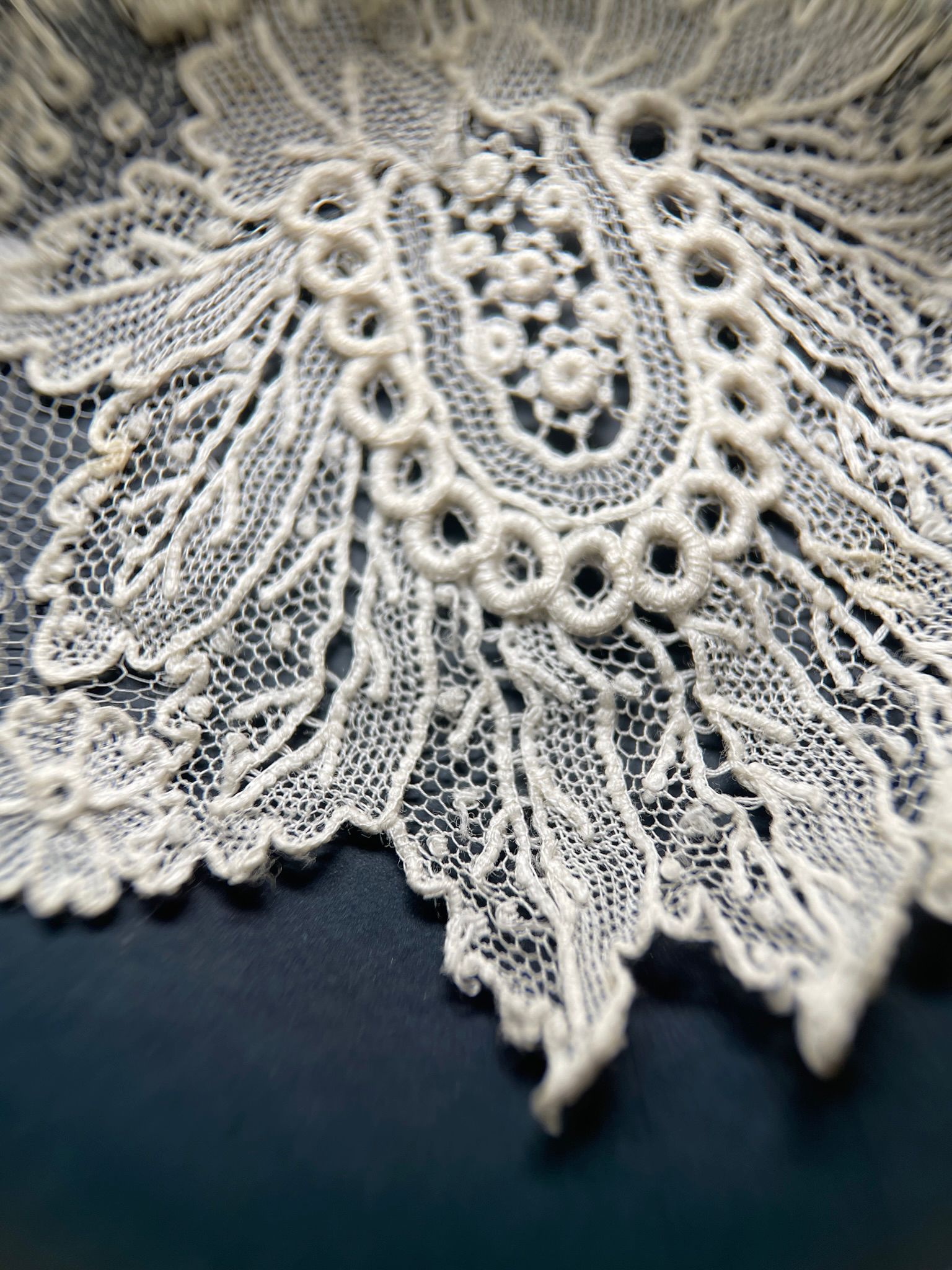 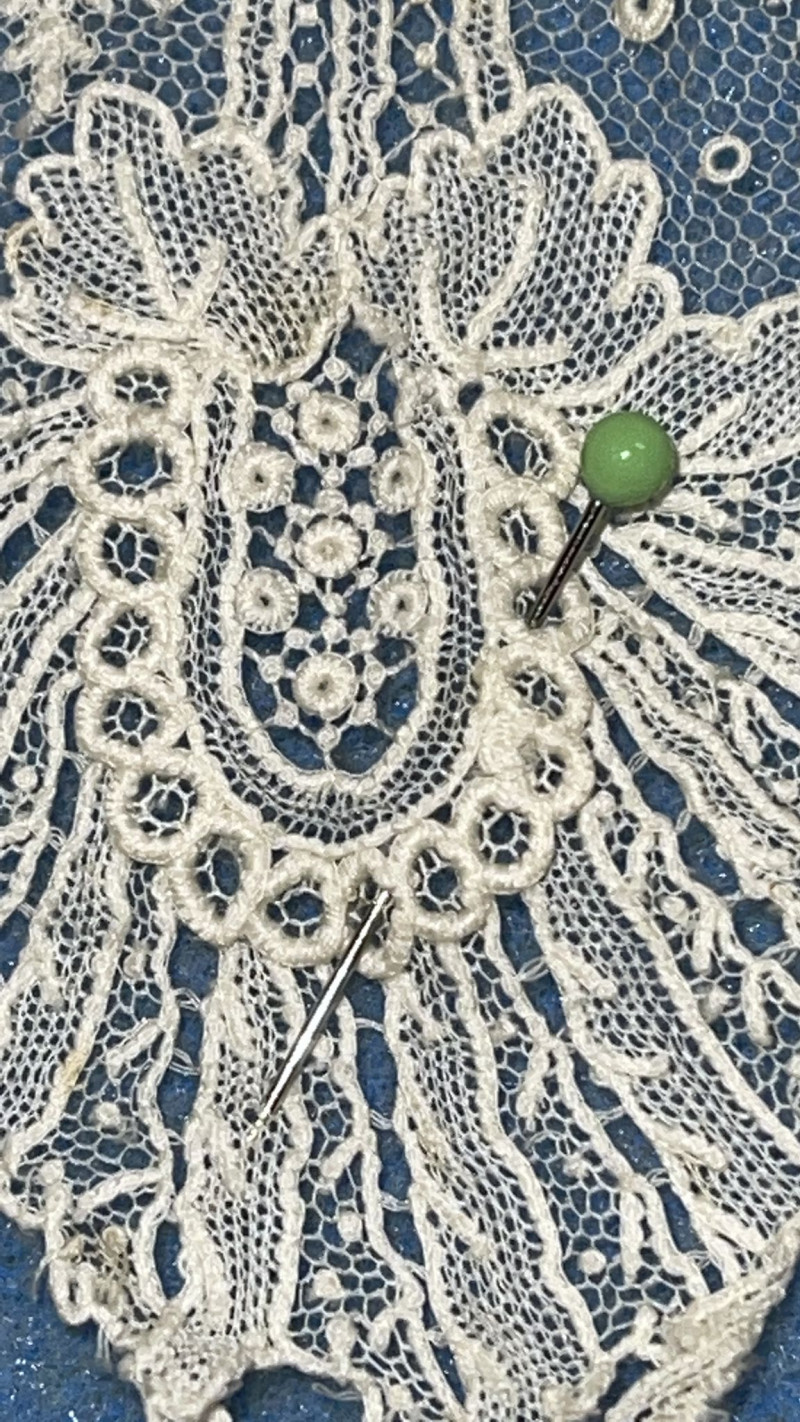