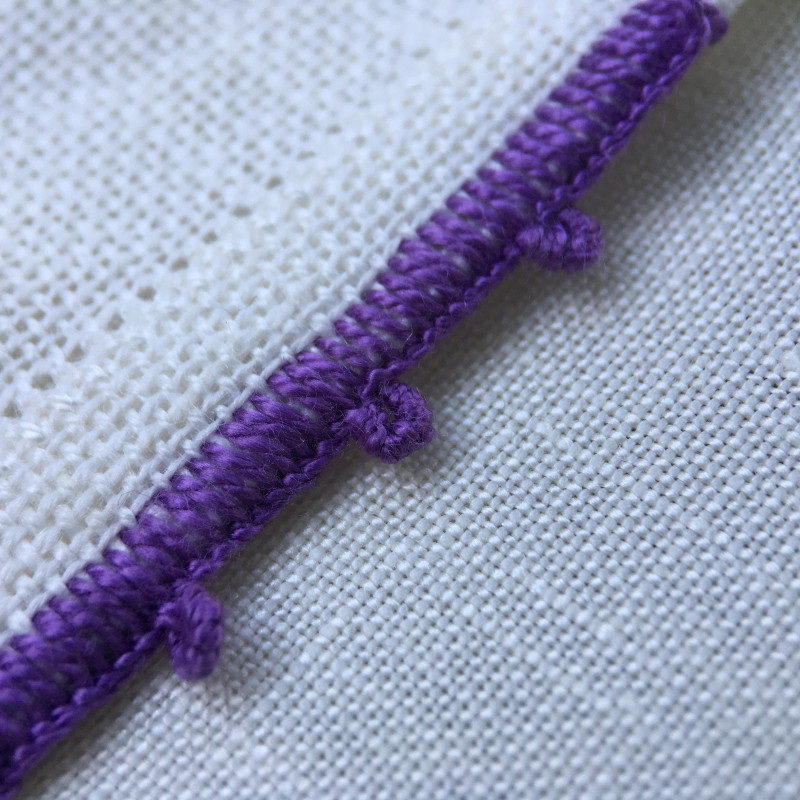 This edging stitch consists of a bullion knot which starts and end at the same point to form a ring which protrudes from the edge of the fabric.

Bullion picots were evidently in use by the Victorian era as they appear in two publications from 1870: Mrs Beeton’s Book of needlework (called Point d’Espagne edging), and Victor Touche’s Handbook of point lace (called Raleigh bars).  Evidence of their use prior to this date is hard to find, but much of the literature referring to picots doesn’t specify their design and so it is likely that bullion picots had been in existence for a considerable time.

Work from left to right. 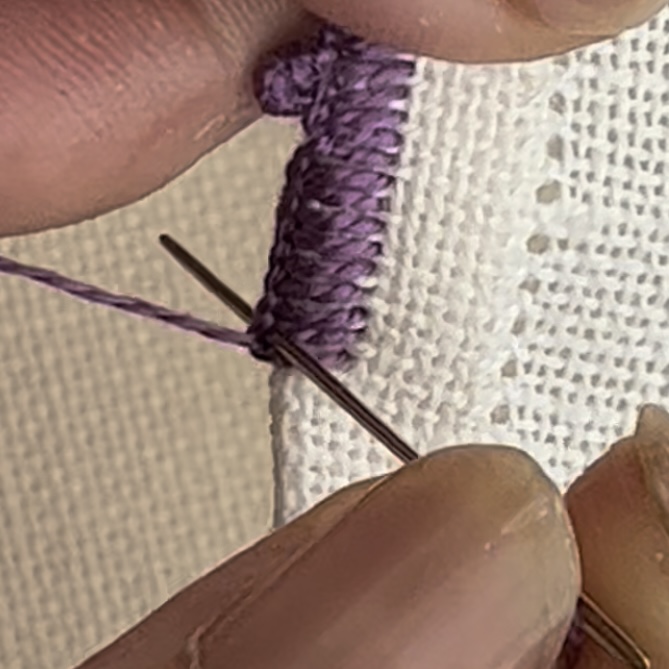 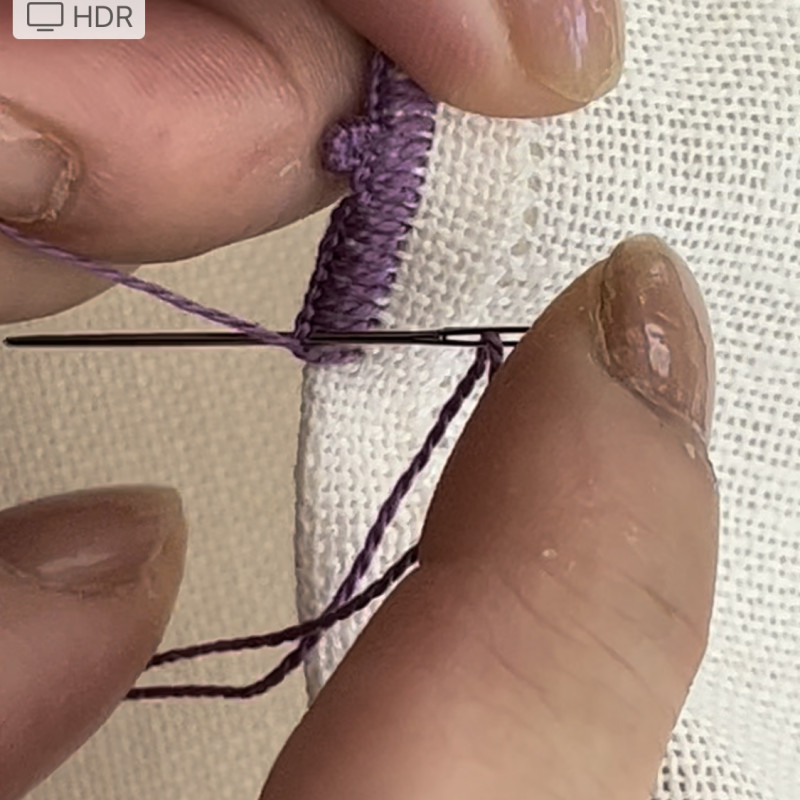 Push through the needle more than half way so that the needle is long enough to make a bullion knot. 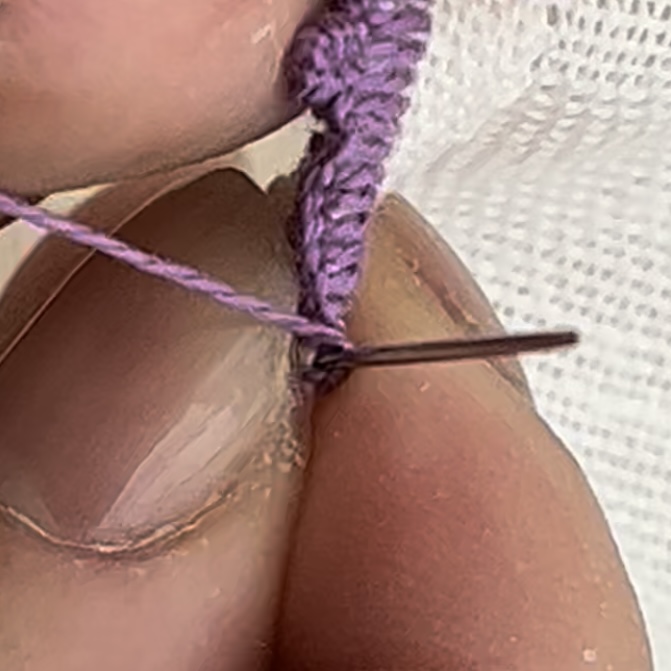 Hold the needle with finger and thumb. 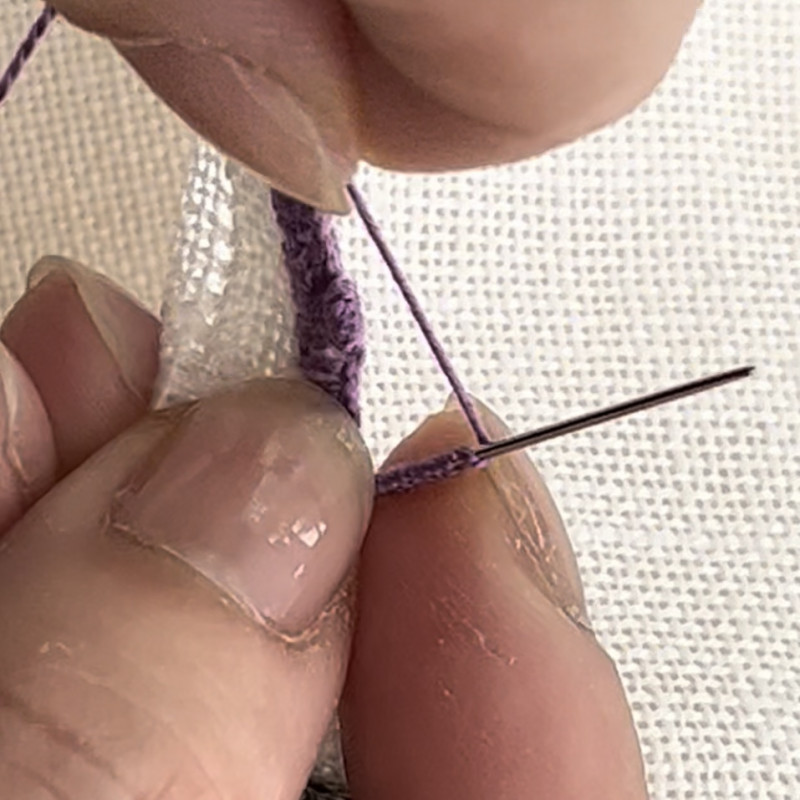 Wrap the thread anti-clockwise about 8-10 times, depending on the size of the bullion you wish to make. 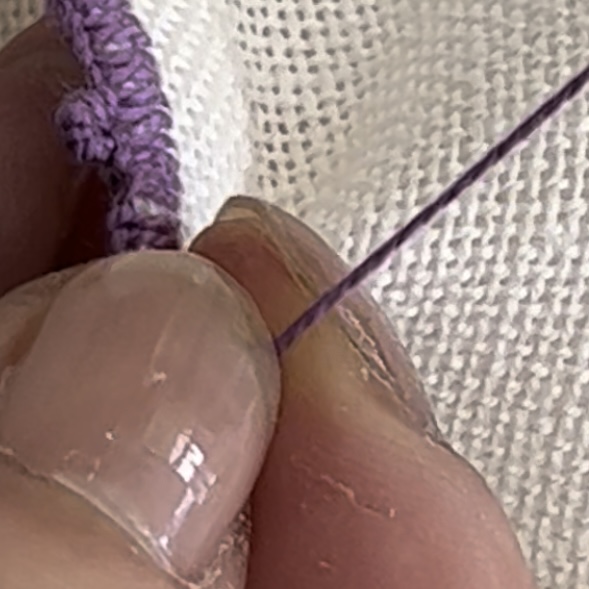 Push the wraps down to the buttonhole stitch. Keep holding the wraps gently and then pull the needle through, making sure the wraps lie evenly. 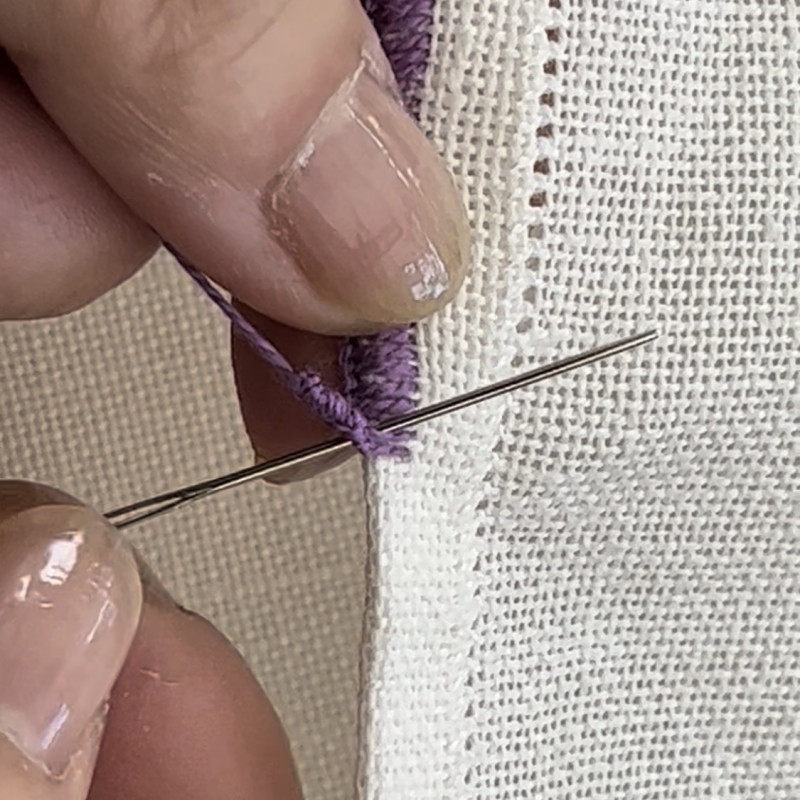 Bring the needle back up through the last buttonhole stitch and pull through so that the bullion wraps form a ring. 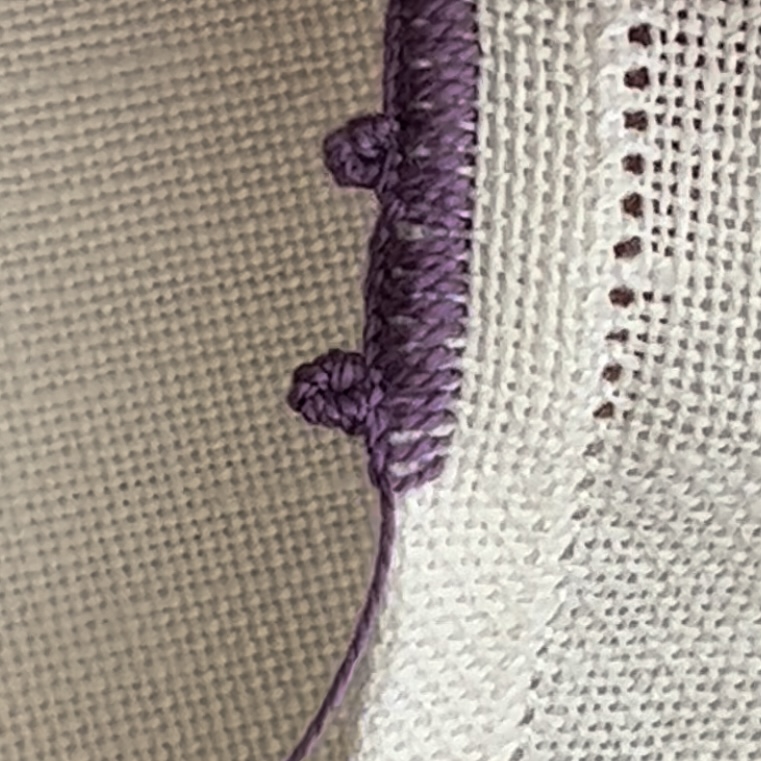 Continue working buttonhole stitch until the next spot for another bullion picot.