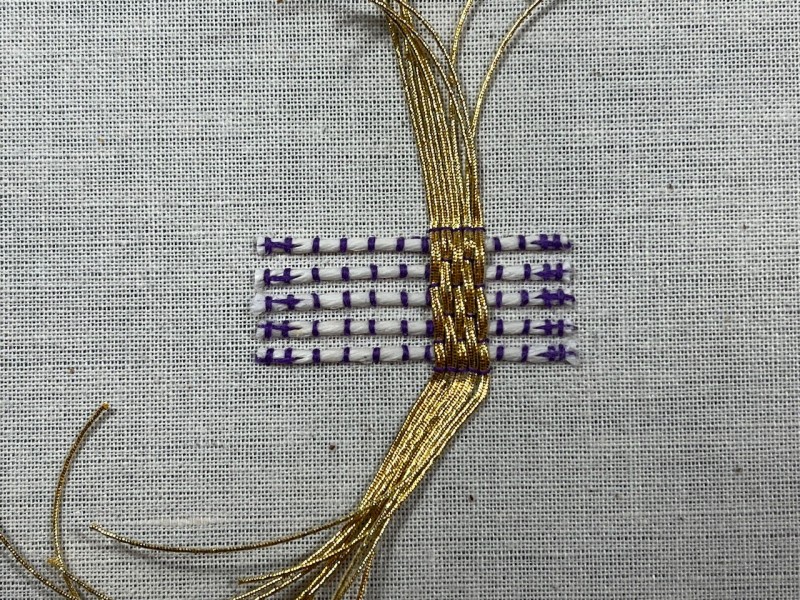 ​Basketweave in metal thread embroidery refers to couching gold, silver or copper threads over rows of hard string padding. The couching stitches pull the metal thread down between the padding which creates a woven effect.  Many different patterns can be achieved by stitching over different numbers of string padding in different sequences.

Basketweave has long been a feature of ecclesiastical embroidery: Notre Dame church in Montreal has an altar frontal dating to the early 19th century which features this stitch.  A 19th century publication, Art Amateur, says that Spanish embroiderers were particularly known for basketweave and they did not confine the technique to churchwork.  The article also mentions an 1878 exhibition at the Royal School of Art-Needlework of an antique altar-hanging entirely worked in basketweave alongside a modern reproduction.

Starting in the centre of the shape helps to keep the metal threads perpendicular to the padding.
Japanese gold or smooth passing, generally work better than textured threads, which can create a confused finish.
The hard white string padding is often dyed using tea to lessen the bright colour of the string and help it to remain hidden under the gold threads.
Running the string padding though beeswax helps the string retain its shape whilst stitching into place.
Keep the spacing of the rows of string even by using another piece of string as a spacer. 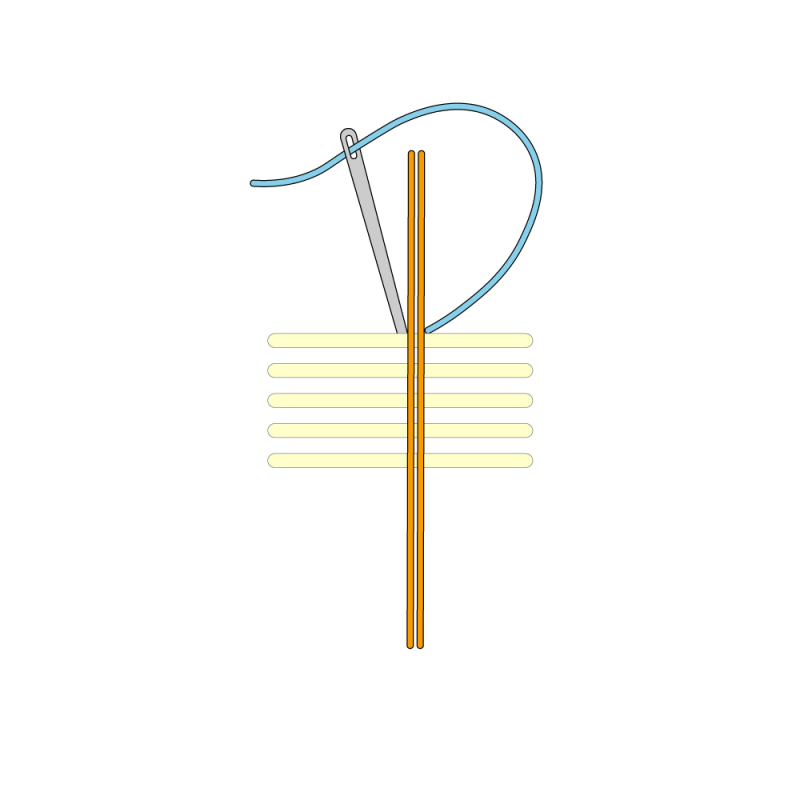 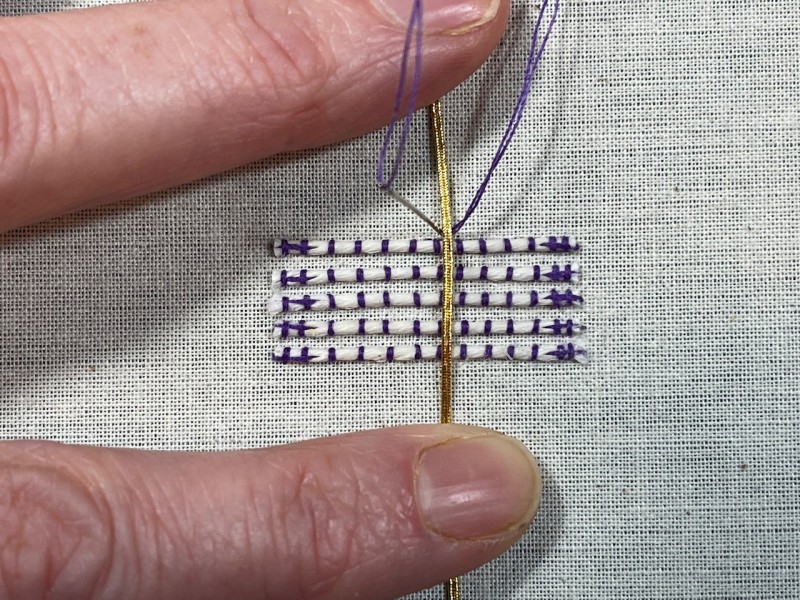 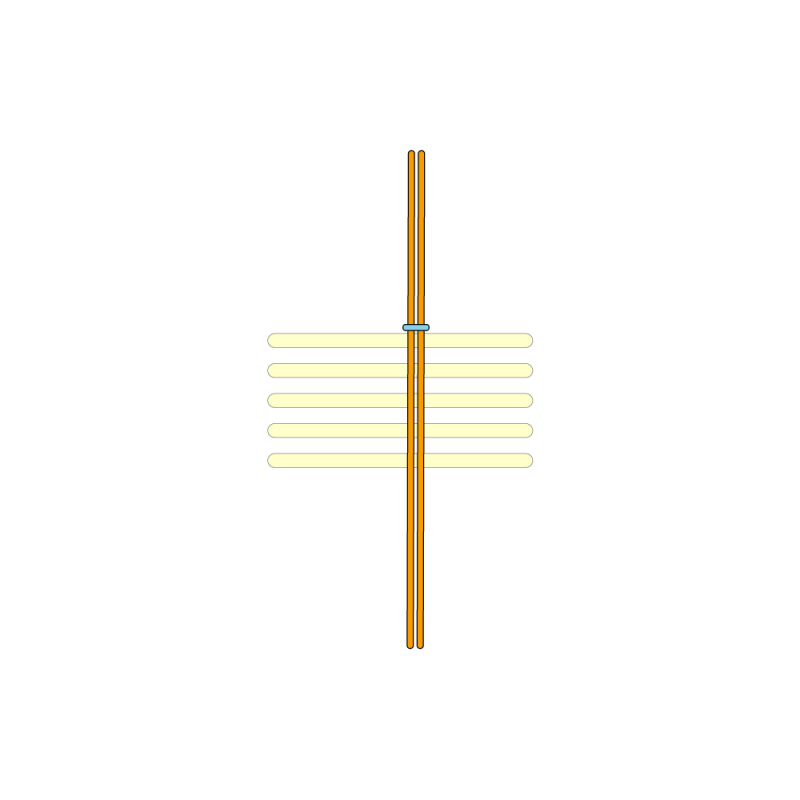 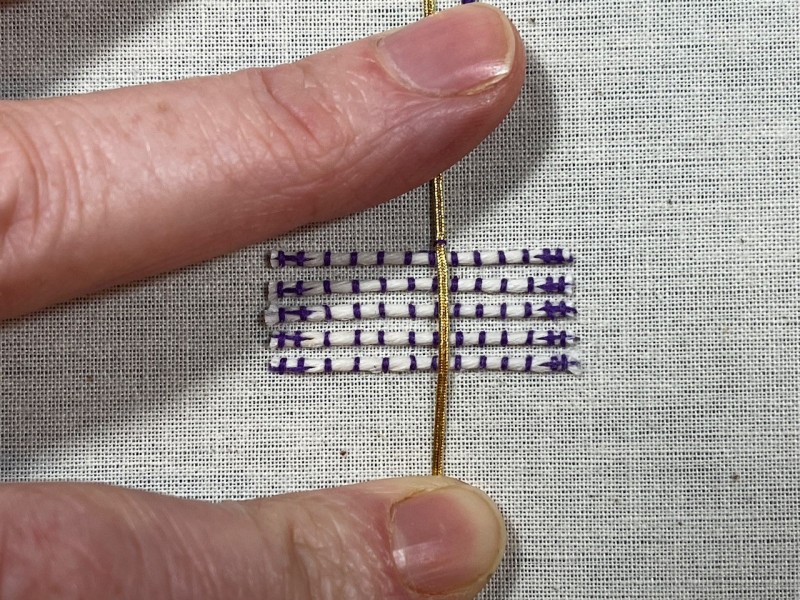 Pull the thread firmly to ensure that it holds the gold securely. 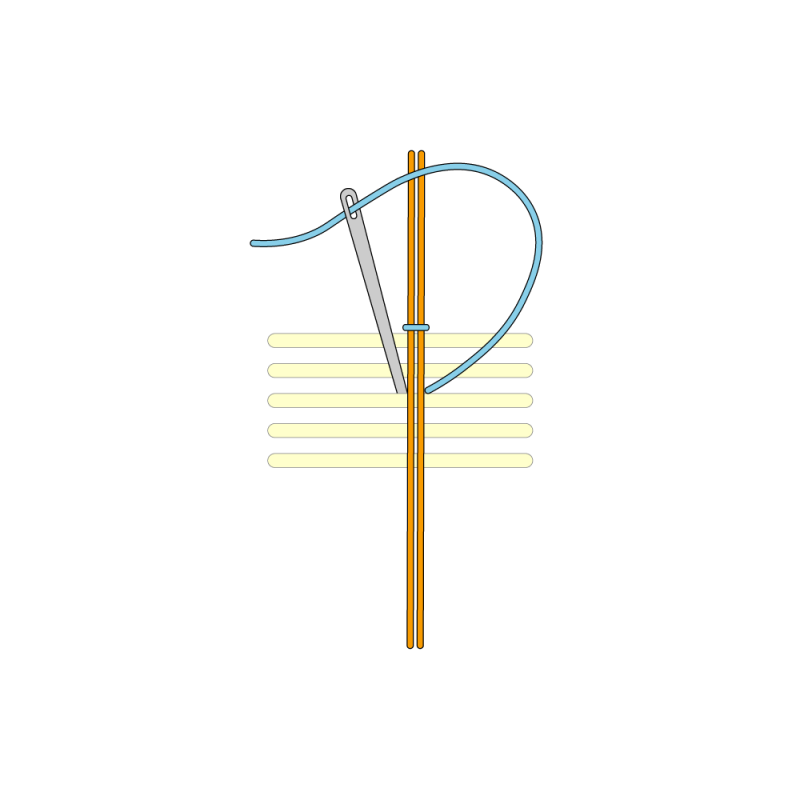 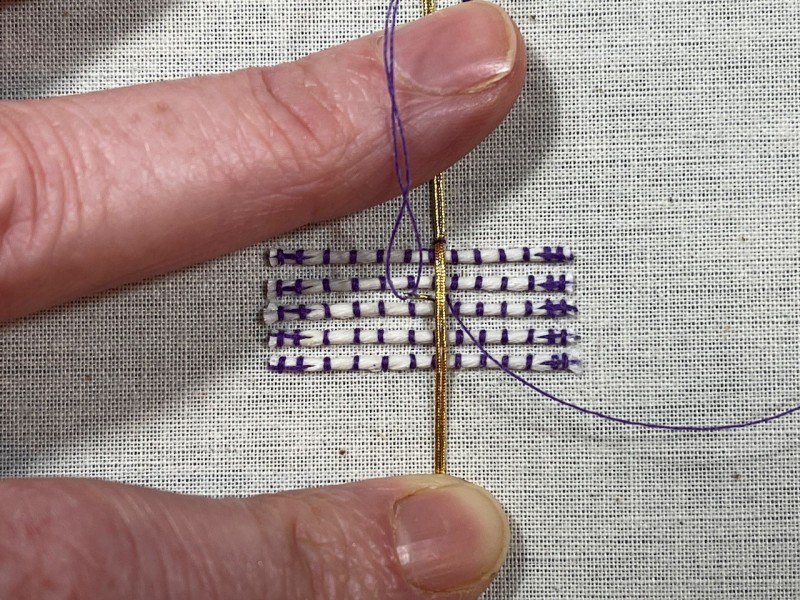 Couch another stitch over the gold between the second and third strings and pull firmly so that the gold thread buckles/creases and sits neatly onto the fabric surface between the string padding. 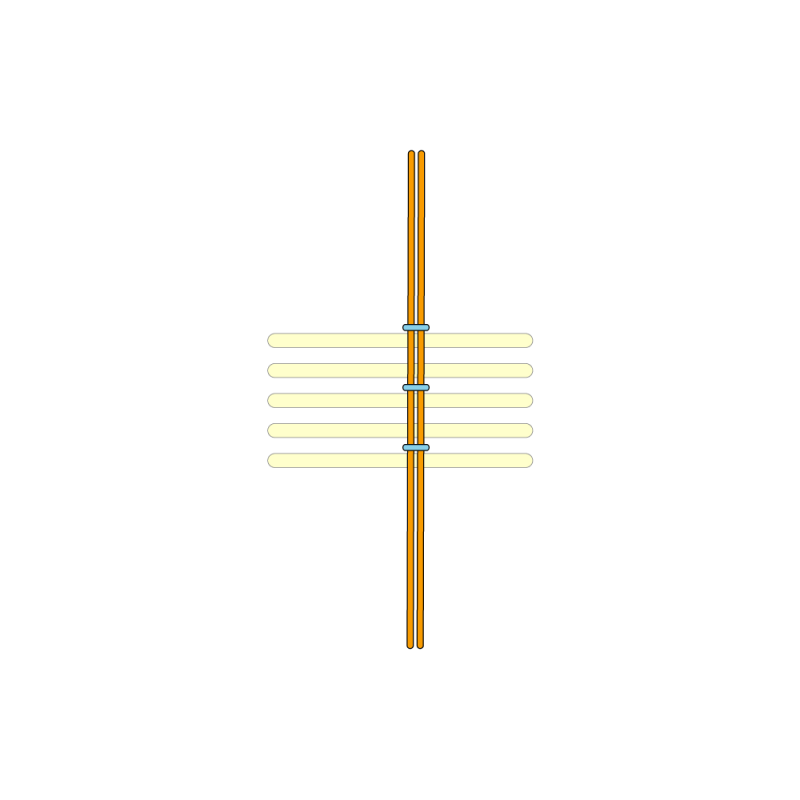 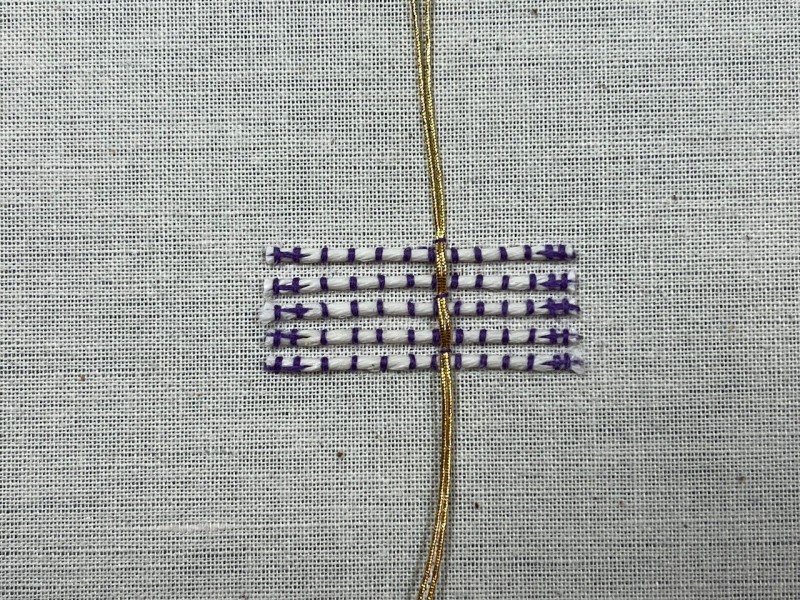 Lay the gold threads over each subsequent pair of strings, securing them into position with a stitch. Try to ensure the gold threads lie as straight as possible, making sure they do not twist. 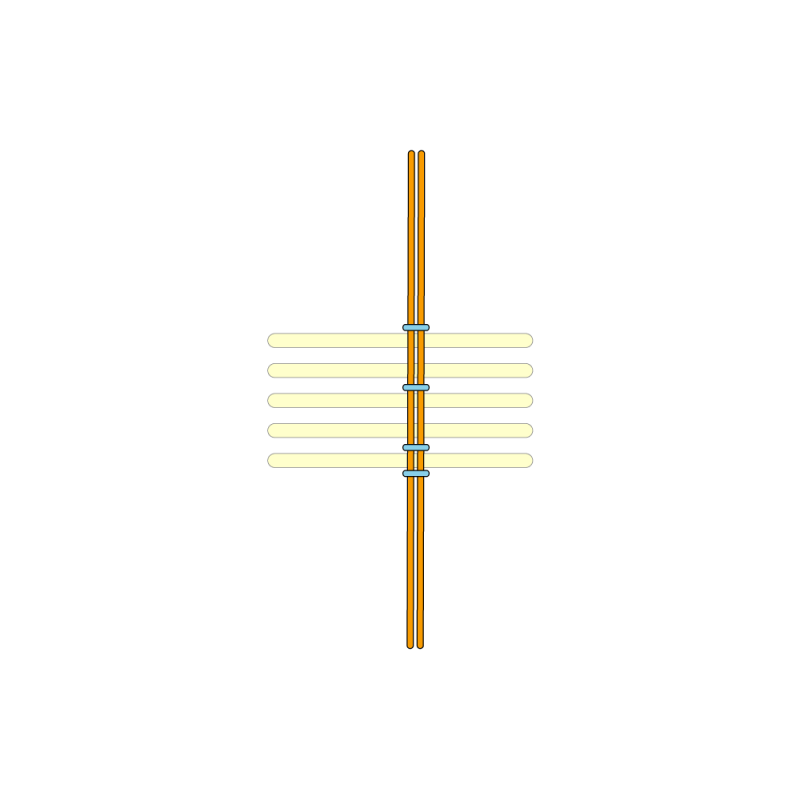 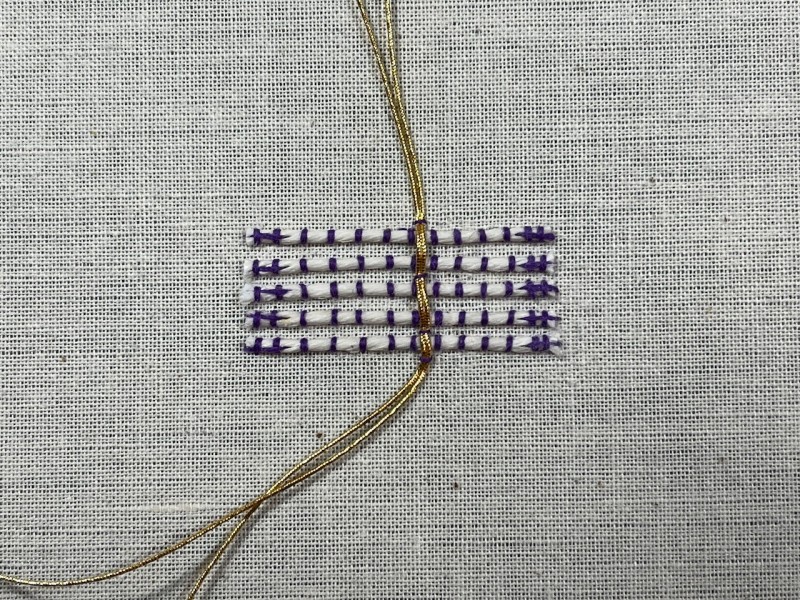 Complete the pattern by couching over the gold threads below the bottom piece of string. 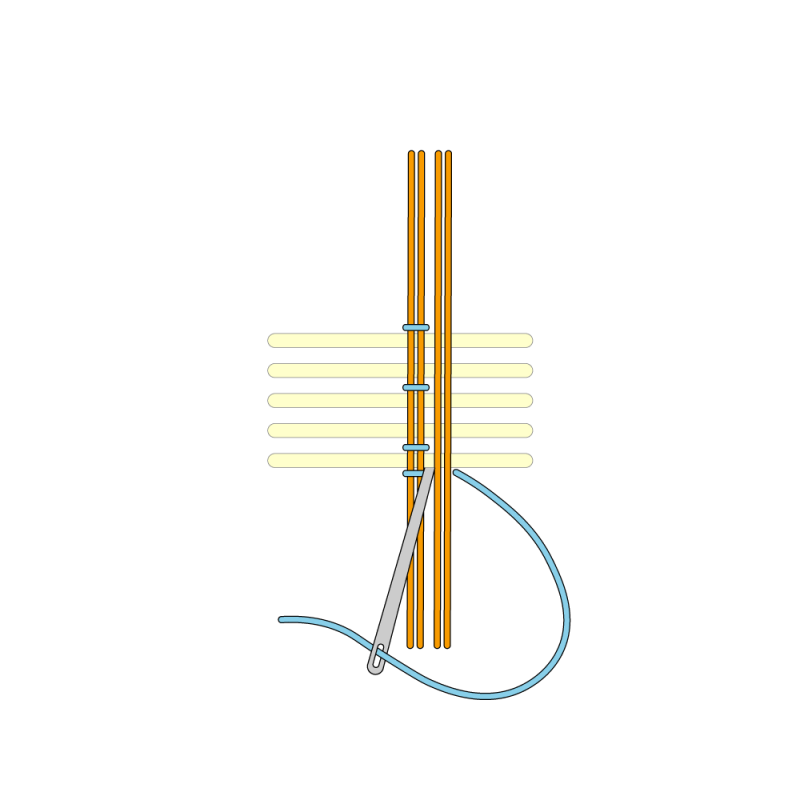 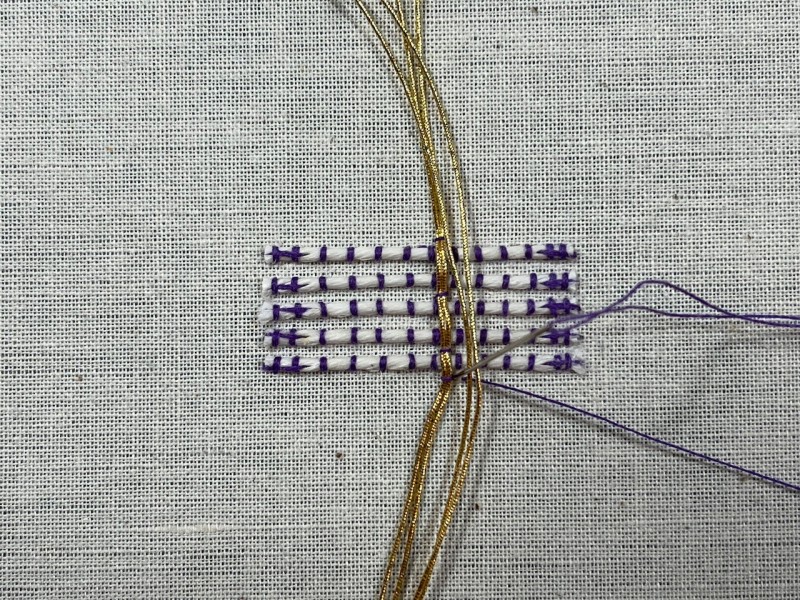 Lay another pair of gold threads adjacent to the first. Working from the bottom and secure by couching into position below the bottom string. 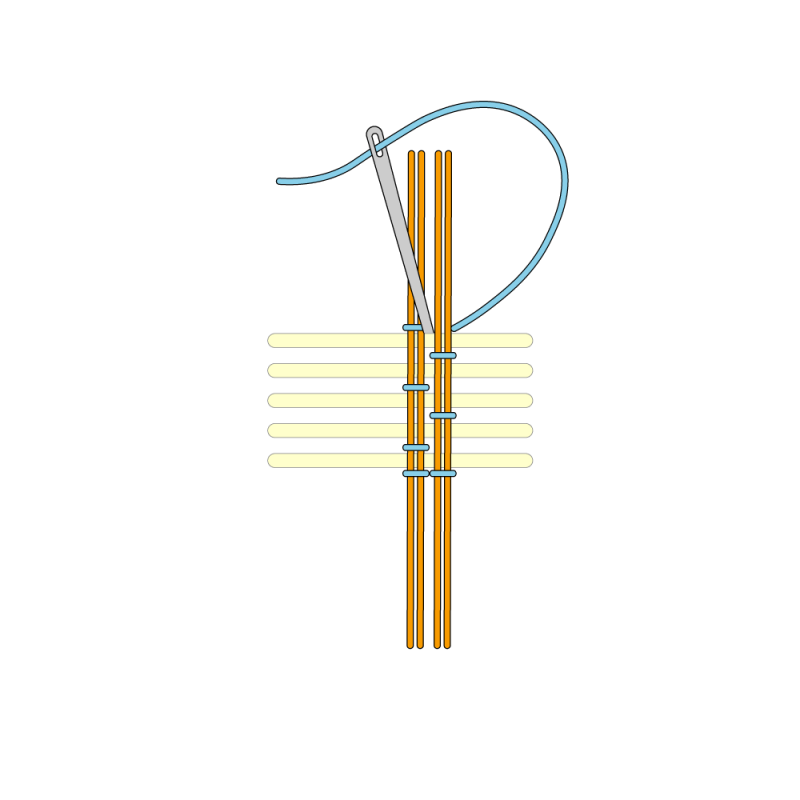 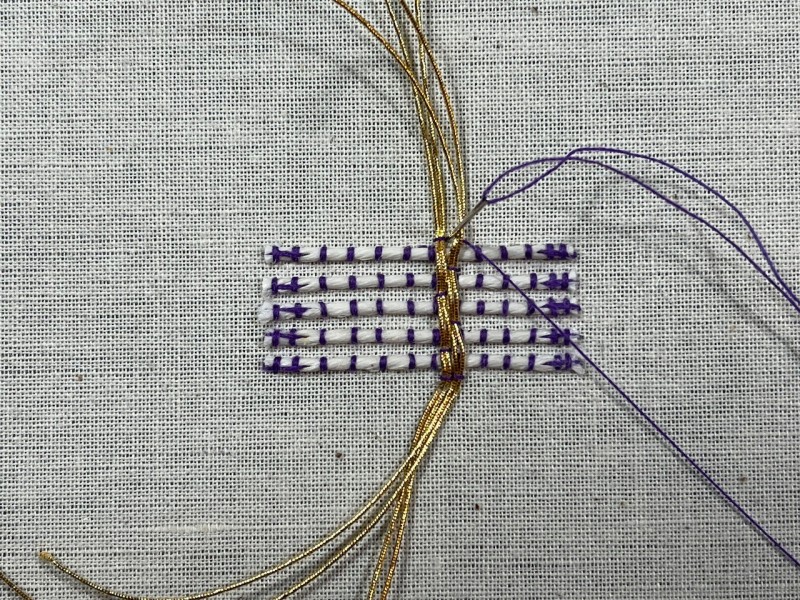 Work upwards to the top of the padded shape, securing the gold over pairs of strings alternate to the previous row. 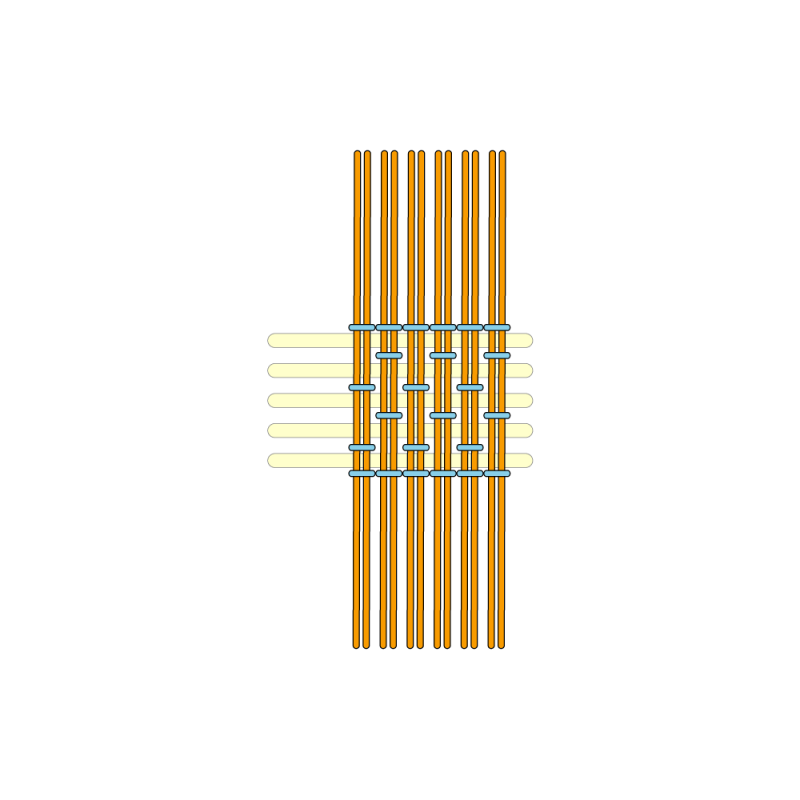 Continue working up and down over the string padding to create a basketweave pattern. Complete one side, then return to the centre to complete the other side.
The ends of the gold threads should be plunged below the fabric surface and secured.

Rows of metal thread layered over perpendicular rows of string padding (not usually visible). The rows of thread are couched over alternate rows of padding to create the basketweave design.

Examples of Basketweave (goldwork) from the RSN Collection 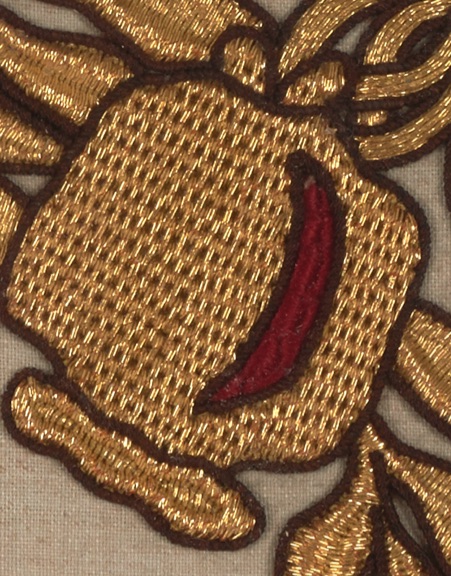 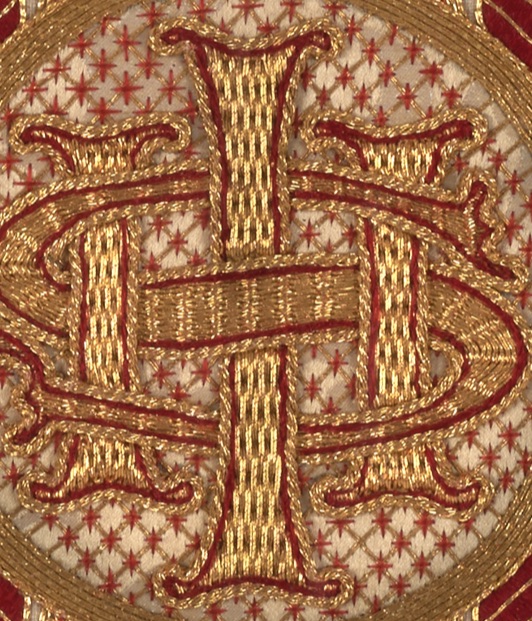 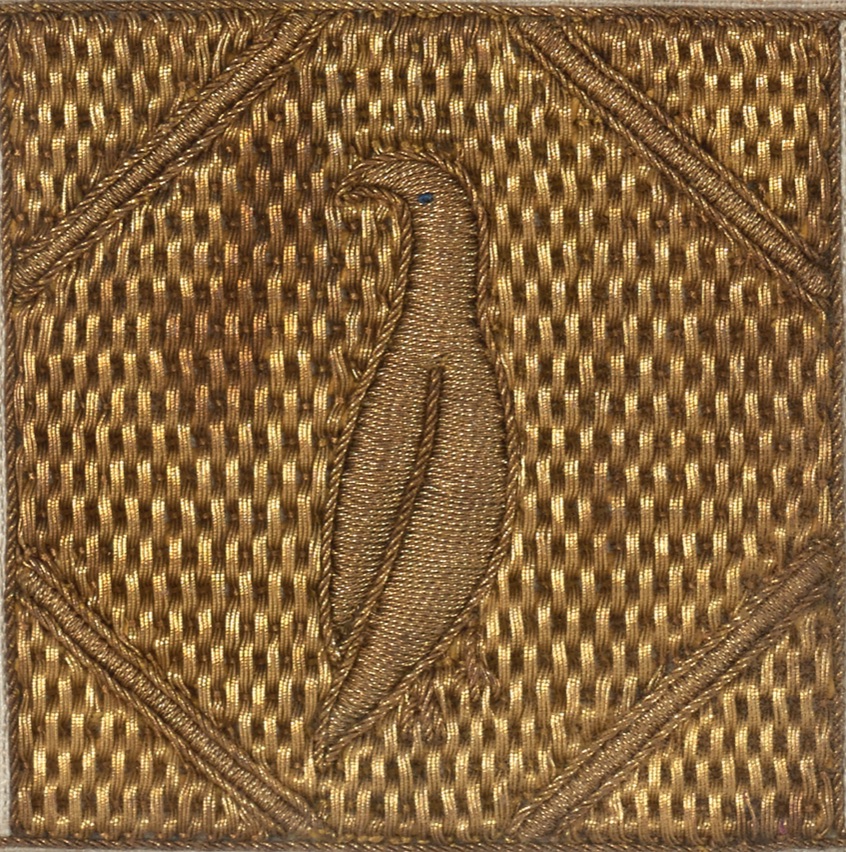 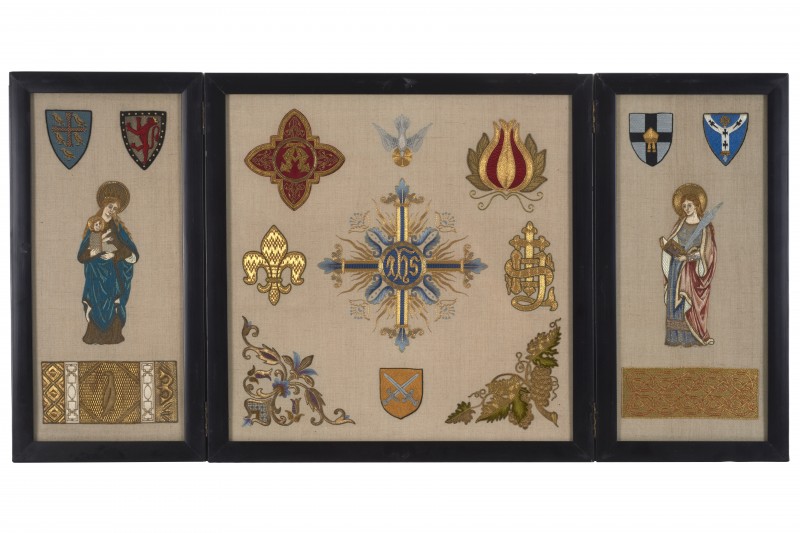 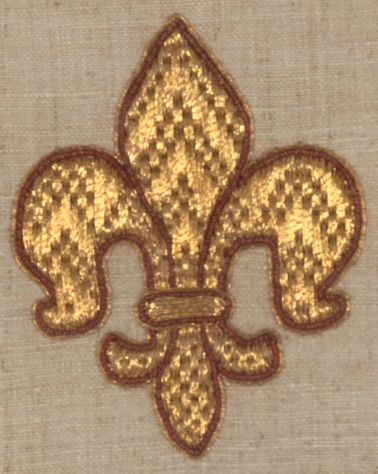 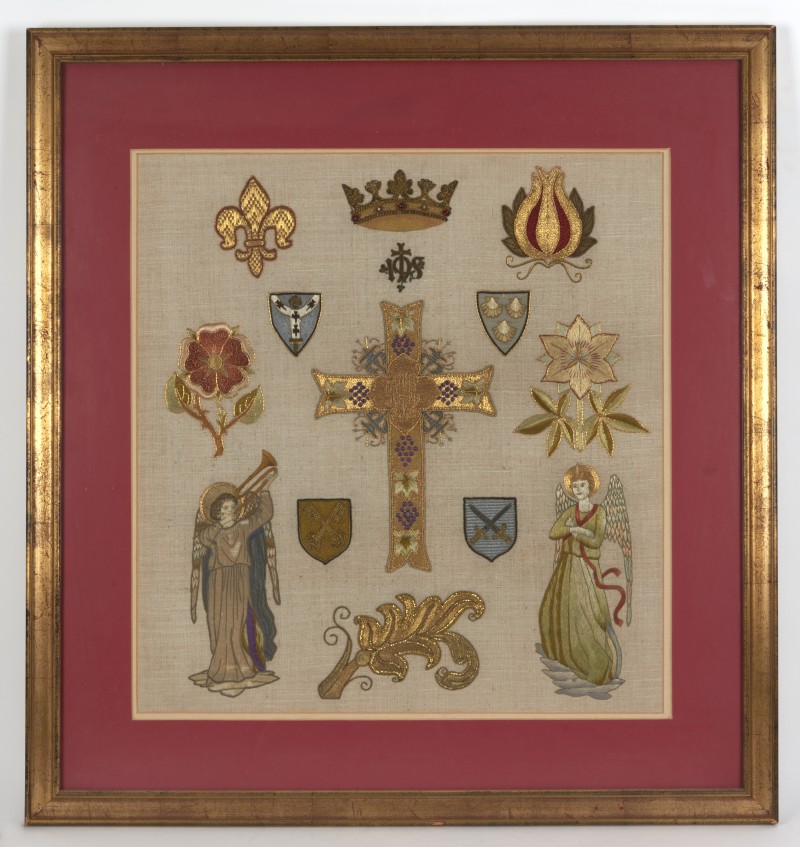